Diphenhydramine And Alcohol: Can This Combination Be Deadly?

Benadryl is a frequently used over-the-counter medication indicated for the treatment of seasonal allergy-associated symptoms. The generic compound contained within this medication is Diphenhydramine Hydrochloride(DPH), whose actions in addition to relieving symptoms of seasonal allergies include potent sedation and drowsiness. Similarly, Alcohol can have dose-dependent effects of impaired vision, attention, responsiveness, alertness, and reaction time. The combined effects of Benadryl and alcohol thus result in fatigue, somnolence, and overall impaired cognition of the patient. This can be particularly dangerous and lead to accidents if tasks that require mental acuity and motor dexterity, such as driving or operating machinery, are undertaken while using these medications. Learn more about the risk and consequences of combining Benadryl with alcohol, and when it might be safe to drink again after taking Diphenhydramine.

A Benadryl alcohol mix essentially combines the specific sedative effects and risks posed by these substances when taken separately. Patients should remember to refrain from drinking when taking Benadryl.

Why Should Diphenhydramine And Alcohol Not Be Mixed

As previously mentioned Diphenhydramine(DPH), and DPH-containing brand medications such as Benadryl, have potent Central Nervous System(CNS) depressing effects. These effects stem from their ability to enter the CNS and bind to neuronal receptors causing sedation and drowsiness. Similarly, Ethanol also enters the Central nervous system and binds with various Glutaminergic, GABAergic, and Serotonergic neurons causing dose-dependent changes in consciousness, cognition, perception, and motor function. Therefore, combining Benadryl and Alcohol will produce an additive effect, with each drug amplifying the sedative effects of the other. Thus, combining Alcohol and Benadryl will produce extreme drowsiness, sedation, as well as impairment of orientation and motor skills.

Listed Below Are Side Effects of Combining the Use of Diphenhydramine and Alcohol Together:

Both Antihistamines and Ethanol have a CNS depressant effect. The combination makes the user drowsy, sedated, and lethargic. Although these effects are not inherently dangerous by themselves, the risk of accidents and lethal injuries increases if certain activities, like driving, are performed while under the influence of Alcohol and Benadryl. Thus, patients must avoid driving or operating other machinery when taking diphenhydramine with other drugs or when combining Benadryl with alcohol.

As mentioned above, the combined effects of both Alcohol and Benadryl are dose-dependent. This means that the severity of their effects increases in proportion to the amount consumed. Therefore, in the event that a large amount of Benadryl with alcohol is consumed, the sedation will transform into loss of consciousness with severely depressed mentation.

Alcohol and Benadryl can both cause dehydration by different mechanisms. Although the clinical presentation of dehydration varies based on its severity, commonly seen signs and symptoms include headache, dizziness, increased thirst with dry mouth, dry skin and mucous membranes, and hypotension. Furthermore, dehydration can limit the excretion of ethanol metabolites in urine, worsening hangover. 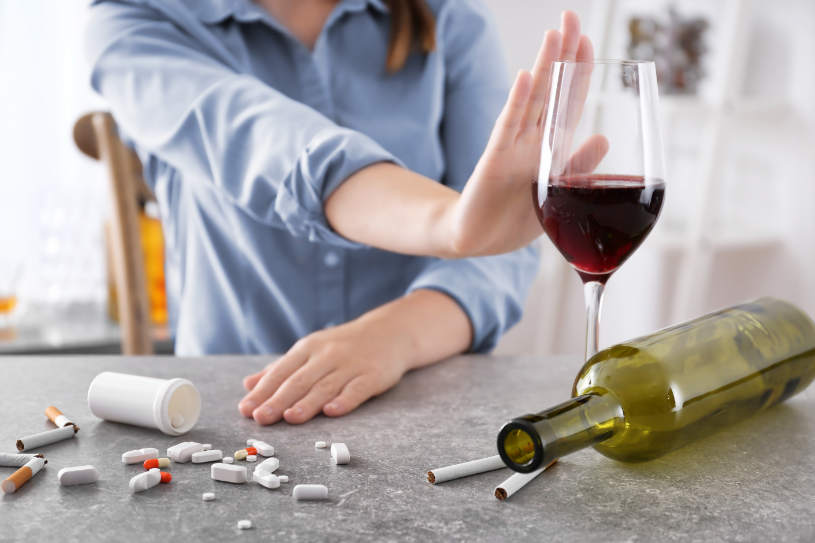 Alcohol and Benadryl mediate their effects in the CNS by acting on various receptors. In particular, Ethanol acts on NMDA-glutamate receptors and Diphenhydramine acts on Muscarinic-Acetylcholine receptors. These receptors and their respective neurotransmitters are implicated in processes such as memory and learning. Thus, the antagonistic action of these medications on the aforementioned receptors can impair learning and memory. Furthermore, independent long-term, chronic use of Alcohol and treatment with Anticholinergic medication has been linked with the development of dementia.

Complications in the Elderly

As the body ages, the physiologic function of various organs also decreases. For example, as people age, the volume and blood flow of the liver decrease, meaning that the ability of the body to metabolize medications to inactive compounds destined to be excreted decreases. The same can be said for the function of other organs, such as the heart and kidney, which are just as essential for drug metabolism and excretion. What does this mean overall? This means that the duration of the therapeutic, as well as adverse effects of Benadryl, in the elderly, will be prolonged as their ability to metabolize and excrete various medications is decreased. In the case of Benadryl, Alcohol, or any other medication which has sedative properties will remain active in the elderly, increasing their risk of falls and associated injuries.

As mentioned both Diphenhydramine and alcohol are addictive due to their sedative and hypnotic properties. Patients taking these substances together may be at an increased risk of developing dependency and addiction. Furthermore, as Ethanol can cause impairment and disinhibition of thought, judgment, and restraint it can increase the risk of Benadryl overdose when concomitantly used with DPH.

What Makes Benadryl And Alcohol Mix A Lethal Combination?

In a combined report by the National Center for Health Statistics and U.S. Food and Drug Administration published in the National Vital Statistics Report, Diphenhydramine was consistently ranked within the top 15 drugs most frequently involved in drug overdose deaths in the US between 2011 and 2016. According to the same report, Diphenhydramine is one of the most common drugs of choice in people who committed suicide by drug overdose during the same period. That includes accidental deaths related to Diphenhydramine addiction or misuse.

A Benadryl alcohol mix essentially combines the specific sedative effects and risks posed by these substances when taken separately. Anxiety and depression may develop from dependency on this cocktail. Which, when coupled with deteriorating overall health and well-being, can lead to death.

Combining Diphenhydramine-containing drugs with other medications which have sedative properties is also dangerous. Some of these medications can include:

In case of treatment with other groups of medications, it is best to consult with a physician about possible dangerous DPH drug-to-drug interactions. 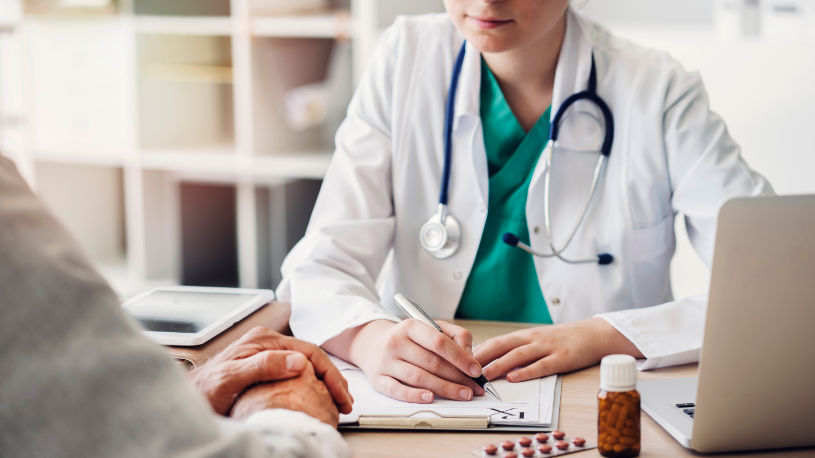 When Is It Safe To Drink After Taking Diphenhydramine?

Generally, it is not advisable to drink while using antihistamines for seasonal allergy treatment.

However, if drinking is still desired, it is advisable to wait until the medication is completely eliminated from our bodies to avoid adverse symptoms of severe sedation and drowsiness.

The half-life of Benadryl is between two and nine hours. However, it is important to keep in mind that various factors such as gender, sex, overall health, and other medication use can all affect how long various medications will stay within our bodies. Thus to be on the safe side, a person taking Benadryl must not drink for at least over 9 hours following the last dose. For the same reason, taking Benadryl after drinking is also strongly discouraged until after the effects of drinking have wholly subsided, which is also variable and dependent on the drink consumed and the level of Ethanol it contains.

What To Keep In Mind When Taking Benadryl for Allergy

Patients should remember to refrain from drinking when taking Benadryl for seasonal allergies.

Whatsmore, patients should never use Benadryl and drink before driving or operating heavy machinery. These tasks require cognitive, psychomotor, and perceptual functioning to assess, evaluate, and integrate various sensory modalities in order to safely perform them. As reported by one study, some of the most frequent causes of vehicular accidents include fatigue, somnolence, the distraction of the driver, and/or various effects of alcohol and drugs that impair the ability to drive and operate machinery. As both Diphenhydramine and Ethanol produce somnolence, fatigue, dizziness, and affect the person’s ability to concentrate, it is abundantly clear why under no circumstances should patients drive or operate machinery while under the effects of these agents.

Patients who misuse Diphenhydramine can consider Benadryl alternatives or choose to stop dependency safely with the help and professional supervision to ensure patient safety and minimize the discomfort of Benadryl withdrawal symptoms.