Diphenhydramine Overdose: How Much Benadryl Is Too Much?

Benadryl, also known as Diphenhydramine, is an antihistamine of the ethanolamine class commonly used to treat allergies in patients. It is used to curb allergy symptoms such as itching, rashes, runny nose, and sneezing, among others. It is also known for its sedative properties, and for that reason, a lot of people frequently use it as a sleeping aid. Now, since DPHM is an over-the-counter medicine, it is easily accessible by individuals who may not be properly advised on its safe dosages.

Overdose on Benadryl has been found to be one of the top 15 death-causing drug ODs from the year 2011 through 2016 in the United States. In those six years, the recorded number of deaths rose year after year – starting from 1226 in 2011 to eventually 2008 in 2016; the death count averaged on 1558 per year, which equates to 3.2 percent of drug OD deaths per year. It must be noted that among the top 15 drugs, Diphenhydramine has been identified as one of the drugs used in intentional drug OD, otherwise known as suicides by drug OD.

With all that said, it is necessary to be informed about the dosage amount that causes Diphenhydramine HCl overdose, the clinical features and symptoms associated with it, and the things one can do to help a person who might have ODed before the emergency team comes. 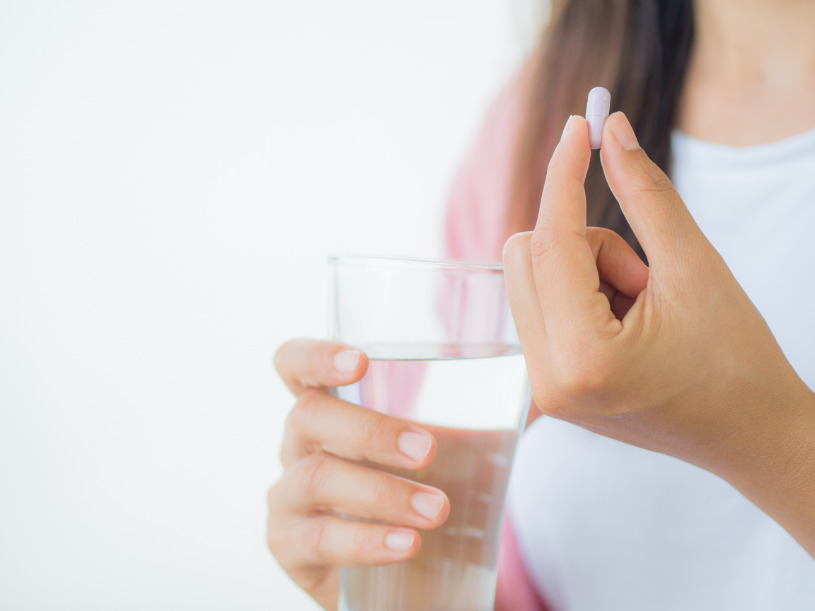 Can You Overdose On Benadryl?

Fundamentally, taking a higher than the normal or recommended dosage of any medicine results in an OD. In the case of Diphenhydramine HCl 25mg, the usual and recommended adult dose is 1 to 2 tablets taken 4 to 6 times a day, which means that the maximum recommended daily dosage is 300mg. So, can you overdose on Benadryl? When more than this amount is taken, OD and/or acute poisoning will occur. Benadryl possesses anticholinergic along with its popular sedative effects, so it can be harmful in large amounts.

What Are The Causes Of Benadryl Overdose?

Benadryl is a widespread medication, and unlike prescription drugs behind the counter, it is easy to get. Diphenhydramine overdose is merely taking more than the recommended amount of the medicine prescribed by a physician.

There Are Many Different Reasons Why an Individual Might Od on Benadryl, and Some of Them Include:

According to data and information from the National Institute of Mental Health (NIMH), suicide rates have been increasing in recent years. While death rates for every drug used in ODs are not tracked, 12.9% of suicide deaths in 2018 are attributed to poisoning, the method that drug ODs fall into. On the previously mentioned report by the National Center for Health Statistics, overdose on Benadryl ranked 2nd on the top 10 drug OD deaths by the intent of suicide. This means that many individuals who attempt suicide often choose to use too much Benadryl.

Another reason why patients can experience Benadryl overdose symptoms is because of unawareness of its adverse effects, or diphenhydramine interactions with other drugs. A client’s body can form a resistance or build tolerance after administering a medication over a long period of time. Consequently, an individual may choose to take more than the recommended dosage. Therefore, when one is unaware of the right amount and maximum dose that should be taken at a particular point in time, unintentional drug overdose may occur. And so, it is essential for patients to know the correct dosage of Diphenhydramine that should be taken as it would be in accordance with their age as well as the recommended daily limit.

Some cases of unfortunate recklessness have also resulted in accidental overdose. In the past year, the FDA has issued an alert over the dangerous trend (a so-called “Benadryl challenge”) on the social media application TikTok. The problematic craze (with mostly teenage participants) encouraged people to take high and excessive doses of allergy medicine to experience its hallucinogenic side effects and trip out. Due to this trend, many teenagers ended up in emergency rooms – with some of them dying of Benadryl overdose.

Patients can require Benadryl overdose treatment if it is combined with other medications, which can result in harmful Diphenhydramine interactions and toxicity. The use of other medications with this antihistamine can cause serious adverse effects. For instance, when an individual mixes alcohol and Benadryl, it can lead to side effects such as impaired motor skills and extreme drowsiness. Side effects that may occur from mixing medications vary in severity, and depending on which drugs are mixed and how much of them are taken, it can cause death. Thus, it must be avoided unless advised by a medical professional.

Another cause of overdose is an addiction to Diphenhydramine. Patients can become addicted to Benadryl after taking it for an extended period or when it is used for recreational purposes. Side effects of Diphenhydramine overdose often cause long-term damage, which can be fatal to patients ingesting it.

Never take more Diphenhydramine than what is prescribed, and if planning to change the dosage of the drug, consult and seek the advice of a doctor.

There are many different signs and symptoms of Benadryl overdose. Depending on the individuals and their body’s reaction to the drug, symptoms may vary, so always consider how long diphenhydramine stays in the system. Diphenhydramine overdose causes symptoms in different parts of the body. Their severity will be largely dependent on how much of the drug was taken, and if an individual is taking other drugs alongside it, that may cause interactions.

Some of the Most Common Symptoms Include: 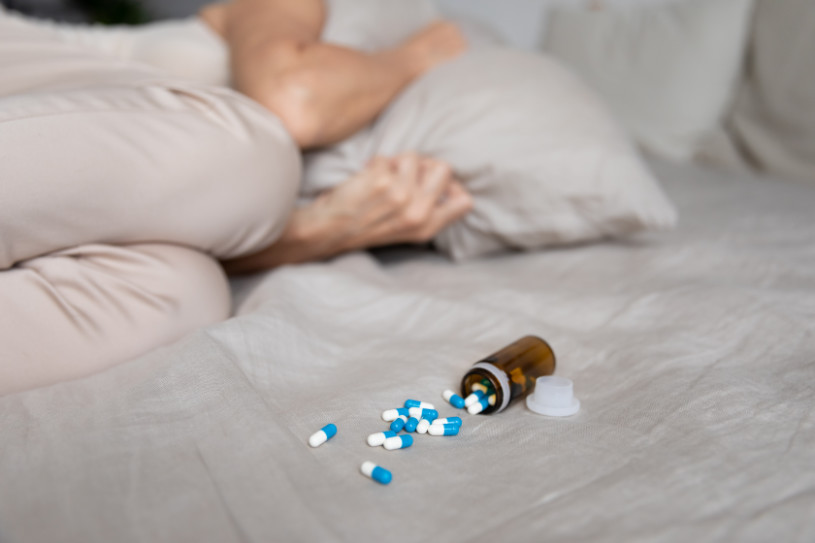 Administering The First Aid For A DPHM Overdose

Someone who is suspected to have taken too much Benadryl may be difficult to wake up or may be hallucinating, having trouble breathing, or having a seizure, among other signs. In case of Benadryl overdose, immediately call the local poison control or health center and get medical attention – tell the emergency team the following information:

While Waiting for Medical Help to Arrive, Be Sure to Administer First Aid to the Person Suspected to Overdose on Benadryl. 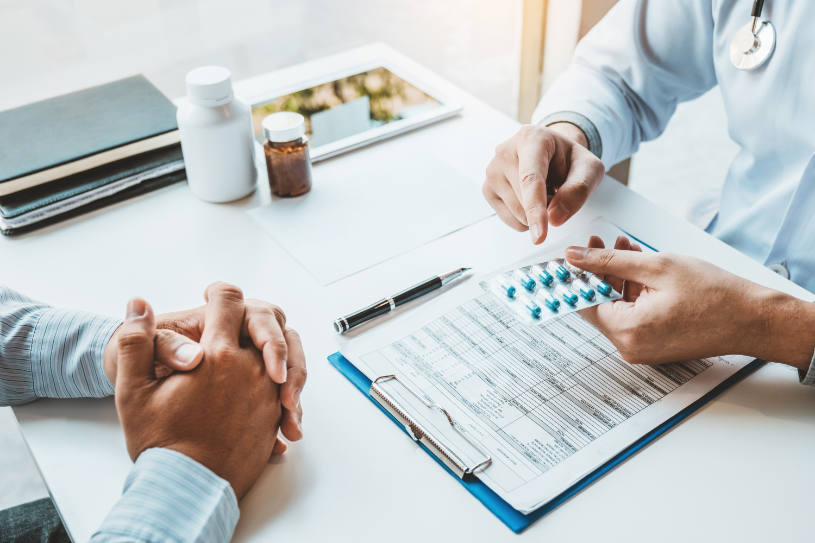 Prevention of Overdose on Diphenhydramine

In preventing OD, the most important thing to do is to strictly follow a doctor’s prescription and recommendation. Never take more Diphenhydramine than what is prescribed, and if planning to change the dosage of the drug, consult and seek the advice of a doctor regarding alternatives to Benadryl. It is also crucial to exercise caution and avoid the use of other drugs and substances that might interact with the medication and cause adverse effects. Another thing that should be avoided is self-medicating. Monitoring one’s intake of Benadryl will also be of help to avoid multiple dosages, especially for those who are forgetful.

When an individual has been transferred to the ER, medical professionals will monitor the patient’s vital signs. Tests that may be done include electrocardiogram (ECG), blood test, urine test, and chest x-ray. Treatment may vary from person to person, considering individual factors and the severity of their case. Common treatment procedures, however, include intravenous therapy, activated charcoal, laxatives, and certain medications for the treatment of symptoms or to counter and reverse the effects of Diphenhydramine overdose. For a patient experiencing breathing difficulties, there may be provided breathing support using a ventilator.

If any sign of Benadryl addiction or abuse has been noticed in an individual, professional addiction treatment should be sought immediately. More information about it can be found here.