Drugs That Cause Hypersexuality, Infertility, and Reproductive System Problems

Some medications can cause drug effects along with sexual side effects that vary from person to person. There are drugs that cause hypersexuality, ED or erectile dysfunction, drugs that affect sperm quality or  fertility in women. The combination of drugs and sex may have positive or negative effects on certain individuals, and the use of the former to enhance the latter is nothing new. What’s new are some of the drugs being used to enhance sex and the newly discovered risks associated with the mixture of drugs and sex

This article will dive deeper into information related to the mixture of drugs and sex. These include drugs that cause hypersexuality, erectile dysfunction, and increased libido. Medications that affect fertility in women will also be discussed, as well as drug abuse in pregnancy and effects on the newborn. Moreover, one of the most common questions surrounding the sex and drugs space: can drugs in sperm affect baby, will be answered.

Several drugs, including some classes of prescription medications, potentiate drug-induced sexual problems or sexual function issues – affecting one’s sexual life in different ways. Among the most common drug classes, medications, and substances linked to being a contributor to sexual function and problems are:

Both men and women share such problems as increased or decreased sexual desire as well as issues with arousal and orgasm. There are drugs that cause hypersexuality and drugs that increase libido for both men and women, but there may also be problems with arousal and orgasm. A negative example of how the combination of (certain) drugs and sex affects a man’s sexual function is how they may develop erectile dysfunction as there are drugs that cause ED, a condition characterized by problems getting and/or keeping an erection, which can make sex difficult. Women, on the other hand, may experience lack of swelling and lubrication. Other negative effects of some medications in women mostly revolve around fertility, pregnancy, or reproduction.

Drugs That Cause Hypersexuality

While many health experts do not see hypersexuality as a “true” addiction based on the typical definition of addiction itself, the existence of compulsive sexual behavior is evident and is in fact considered by the World Health Organization (WHO) as a mental health disorder. The root cause of hypersexuality or compulsive sexual behavior is not very clear, but it could have something to do with changes in brain pathways or neural circuits, conditions that affect the brain (certain health problems or diseases), or an imbalance of the brain’s natural chemicals like neurotransmitters. So, how do drugs affect the brain?

Drugs That Cause Hypersexuality Include:

Just as there are drugs that cause hypersexuality, there are also drugs that cause sexual dysfunction. Medications that cause changes in luteinizing and follicle-stimulating hormones as well as prolactin, in general, negatively affect one’s libido and may cause impotence, difficulty or inability to ejaculate, and testicular swelling.

Thus, some antidepressants, specifically SSRIs, have been associated with decreased sperm motility. A case report of researchers at a college in New York in 2010 indicated a significantly greater mean sperm DNA fragmentation in men at 30.3%, with the baseline being 13.8%. The participants of the study also reported considerable changes in erectile function and difficulties with ejaculation while under SSRI (Paroxetine, specifically) treatment.

Antidepressants cause adverse sexual effects not only in men but also in women. It has been a huge issue and a frequently reported adverse effect in women under antidepressant treatment, with the most commonly reported effect being problems with sexual desire and arousal. As per a study in 2019, 72% of women subjects reported decreased sexual desire and 83% reported problems with sexual arousal. The study also reported that 42% of the participants taking SSRIs had problems orgasming. Other studies have found, too, that some women under antidepressant medications have lubrication problems.

As opposed to drugs that cause hypersexuality, there are also medications that affect fertility and reproductive function in a negative way. A type of drug that may cause prolonged but reversible infertility is chemotherapeutic agents, especially anti-cancer drugs. Meanwhile, central nervous system (CNS) agents which include drugs of abuse can also inhibit fertility or reproductive function as they affect reproductive hormones. Drugs of abuse are highly potent neuroactive medications, and most of them have disruptive effects on sex accessory gland function. Its effects, however, are most often completely reversible. In that case, normal individuals may only experience subtle changes when it comes to sexual function. However, those with already compromised reproductive functions may experience major issues adolescents are also thought to be at a higher risk for infertility and reproductive damage from drugs of abuse.

Medications That Affect Fertility Include: 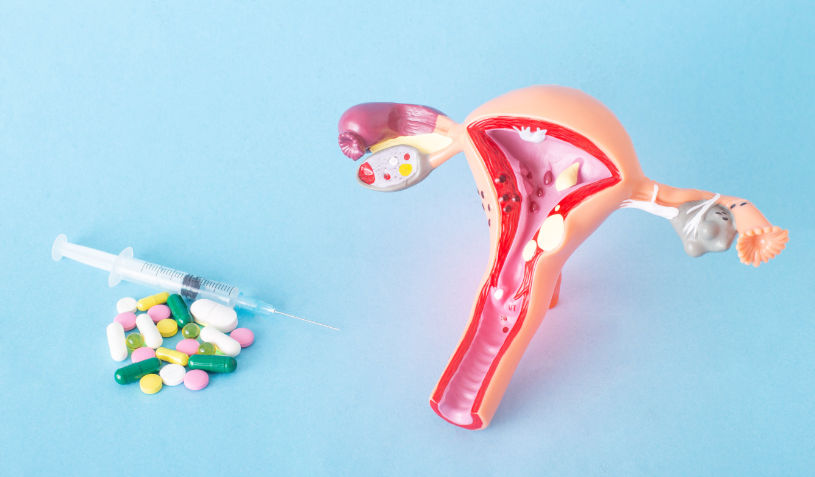 Drug and substance abuse in women disrupts the estrous cycle and thus results in fertility problems. For one, smoking decreases their fertility and therefore reduces their chance of conceiving. There are drugs that affect fertility, too, which can then inhibit reproductive function; it has been found that drugs of abuse and a number of CNS agents can do this. There can also be negative effects of drugs during pregnancy. When it comes to drug use during pregnancy, effects on the baby can be detrimental, and the drug addicted baby long term effects can be serious or cause major problems later on in the baby’s life. Consequently, pregnant women should always search for a piece of advice from their doctors before taking any medications.

The use of narcotics causes sexual dysfunction in males as they stimulate prolactin (hormones that can cause impotence and infertility if levels are high) secretion and decrease gonadotropin (hormones that increase and stimulate the production of sex hormones and the production of sperm, respectively) secretion. Other substances such as alcohol and marijuana derivatives are linked to the inhibition of testosterone synthesis as well. Along with the adverse effects of alcohol on the liver and reproductive system, there are also medications that cause liver damage.

Furthermore, smoking tobacco is a source of lead and cadmium exposure – metals that are linked to an increased risk of male infertility and reduced sperm concentration. One trial with a focus on calcium channel blockers found that exposure to the same resulted in structural changes in regions of the sperm – the head and the tail, which may hinder its ability to bind to an egg. Lastly, smoking also causes the impairment of two processes needed for fertilization: acrosome reaction and capacitation. However, tobacco is not the only substance causing adverse reactions, there are also drugs that cause shortness of breath and other hazards to the health of a patient.

Drug Abuse in Pregnancy and Effects on The Newborn

The effects of drugs during pregnancy can have severe health consequences not only for the pregnant mother but also for their baby; in fact, it can result in drug addicted baby long term effects. The National Institute on Drug Abuse estimates that up to 5% of pregnant women use at least one addictive substance. When a pregnant woman abuses drugs as they are conceiving, the substances they are taking can easily pass through the placenta and eventually reach the fetus. Abuse of substances such as tobacco, marijuana, stimulants, and prescription pain relievers significantly increase the risk of stillbirth, neonatal abstinence syndrome (NAS), and withdrawal symptoms at birth.

Drug Use During Pregnancy Effects on Baby

There are negative effects of drugs during pregnancy for both the mother and the child, as everything that goes into a conceiving woman’s body can potentially affect their unborn child.

Some Effects of Drug Abuse on the Baby Include:

In 2012, 5.9% of pregnant women in the United States used illicit drugs, while 8.5% drink alcohol and 15.9% smoke cigarettes. These numbers ultimately suggest that almost 400,000 unborn children are exposed to illicit substances, over 550,000 to alcohol, and over a million to tobacco.

For the Affected Babies or Children, There Is a Long List of Long-Term Negative Effects, and Some of Them Are:

Unfortunately, even if a high number of pregnant women managed to stop their drug use during pregnancy, relapse can happen which will then result in disordered home environments and dysfunctional parenting – all at a time when their children need them the most and when their infants’ development essentially depends on maternal bonding.

Substance misuse and abuse remain to be a significant public health problem in many countries across the world, since drugs affect different body systems, as for instance there are some drugs that cause damage to kidneys. Use of some medications leads to adverse effects such as hypersexuality, sexual dysfunction and there are also some drugs that affect sperm quality. Furthermore a drug overdose can cause cardiovascular failure. These adverse reactions pose an additional threat to a patient taking prescribed or over the counter medicines. Hence information about the risks of drug effects is essential. Fortunately, help is available and there are several therapy and treatment options specifically for those suffering from substance abuse.