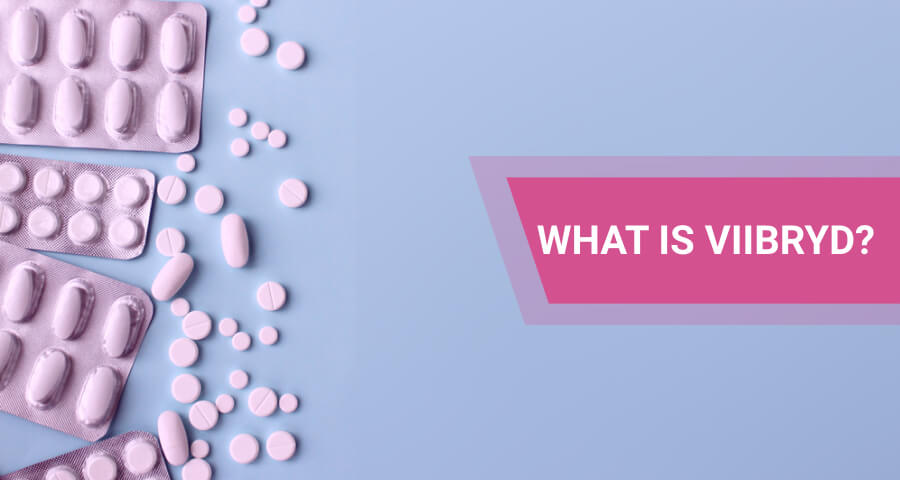 Viibryd is a prescription medication sold in the United States. Also known as vilazodone, numerous individuals take the medication on a daily basis. Yet there is a lot these users might be unaware of, from its drug classification to the existence of Viibryd abuse.

Viibryd is a medication designed to treat major depressive disorder. It was approved by the FDA for use in January 2011. Vilazodone HCl (the Viibryd generic name) is available only by prescription. It is manufactured by Allergan.

The FDA considers vilazodone to be a safe medication; however, that does not mean that all patients can use it. The FDA does not suggest it be used by pediatric or geriatric patients. There are also risks with its use even within recommended populations. Viibryd side effects can be highly problematic, and it does come with a black box warning for suicidal thoughts and tendencies.

Vilazodone’s popularity is relatively high. This is because it is a newer depression medication and associated with fewer problems than older options. However, it is not well-known outside of those who need it for depression treatment, lacking the brand name recognition of medications like Wellbutrin and Prozac. 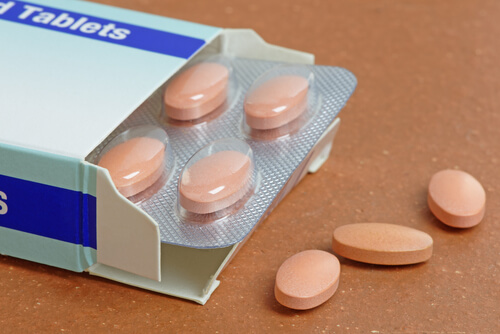 Is There A Generic For Viibryd?

At the moment, Allergan — the only vilazodone manufacturer in the US — holds the exclusive rights to the medication. They have not released a Viibryd generic of their own, and other companies do not yet have the right to create one as Allergan has exclusivity.

Despite this, the FDA has already approved a generic vilazodone. This will be unable to hit the market until June 2022, when the patent held by Allergan expires. At that time, the Viibryd cost will likely go down. Patients should be aware that any online pharmacies offering generic vilazodone at this time are marketing an illegal product.

The vilazodone drug class is something every user should understand. Not only does it make it clear what the medication is meant to treat, but it also reveals how the medication works and how it is accessed. Given vilazodone is a relatively new antidepressant, many do not fully understand it.

Is Viibryd A Controlled Substance?

Is Viibryd An SSRI Or SRI?

Vilazodone falls into the class of antidepressant medications called serotonin modulators. Specifically, it is a partial serotonin agonist and reuptake inhibitor. The Viibryd mechanism of action is to stop the body from fully reuptaking serotonin in the brain, leaving more of the feel-good chemical present, while also functioning as an activator of the 5-HT1A receptor. This differs from SRIs, which are not selective in the manner in which they prevent reuptake and do not interact with the 5-HT1A receptor. 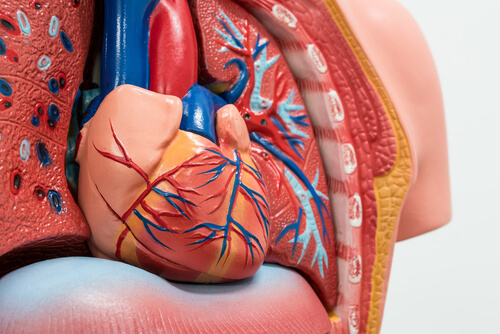 How Long Does Viibryd Stay In One’s System?

For those using vilazodone, especially those engaging in abuse, it is important to know how long the drug remains in the system. The vilazodone half-life is shockingly long when compared to other antidepressants. While most have a half-life of around a day or so, even less, vilazodone does not hit half-life for 140 hours in the average patient. Those with slow metabolisms or impairment of the hepatic or renal systems may take even longer to reach this point.

This information is most important when it comes to taking other medications or using various substances, such as alcohol and marijuana. Some users might want to consider it when it comes to drug testing as well. While standard tests will not look for antidepressant medications, some of these medications will result in false positives. At this time, there is no data showing that vilazodone drug test may cause false positives, but it is possible that studies could reveal such a link in the future.

Vilazodone recreational use is not common. However, that is not to say that it never occurs. Some users will attempt to chase a vilazodone high, even to the detriment of their health.

The majority of users, even those who have attempted to get high on vilazodone, report that it has little to no euphoric effects. The few who maintain that it does report feelings of extreme relaxation and calmness, similar to a reduced version of a cannabis high. However, experiencing this sensation requires taking a large amount of the drug, and many will mix it with other substances, putting the user at risk of an overdose.

Attempting to experience a high on the drug is vilazodone abuse and incredibly dangerous, and how one should use the medication in other ways than prescribed.

Vilazodone is not considered a drug of abuse. However, that does not mean someone couldn’t abuse vilazodone. Doing so means taking it without a prescription or misusing it. This can mean taking it in larger than recommended amounts or ingesting it in a way other than swallowing the pills, such as crushing and snorting them.

Any vilazodone abuse is dangerous and should be avoided. The medication should only be taken if it is prescribed and in the manner the doctor suggests.

Vilazodone is not considered to be an addictive substance. However, what this means is that it has not shown to cause physical vilazodone addiction. People who abuse it, or even take it as directed, might feel a mental dependence on the drug. This can manifest in thinking about it often, worrying about not being able to access it, and having fear over one day needing to stop the drug.

Although it is not considered physically addictive, the body can become dependent upon it to the point that if it is stopped, the user can experience problems. 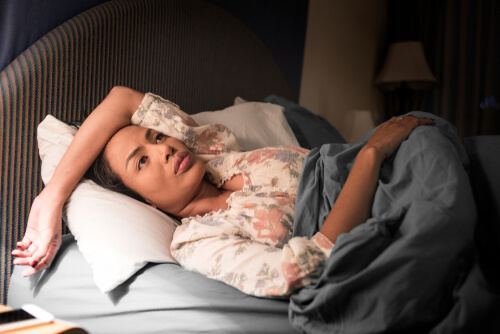 It is common for users to want to stop vilazodone at some point in their use. This could be due to negative side effects, feeling addicted, or just wanting to try living life medication free. Users should speak with a doctor before stopping vilazodone to discuss whether they should try cold turkey or taper off the medicine.

Stopping Viibryd suddenly, also known as going cold turkey, is a dangerous method of quitting the medication. This can trigger a condition called antidepressant discontinuation syndrome. In most cases, the physical symptoms are mild, but the major concern is with the mental health of the patient.

Suddenly stopped drugs could cause depression symptoms to return quickly and be felt more greatly. This also means the risk of suicidal thoughts and tendencies is higher. Users should never go cold turkey unless it is what their doctor recommends. Even then, they should be carefully supervised.

Tapering off vilazodone is considered the safer option. This means that the patient will slowly reduce their doses, and possibly space them out further until they are no longer taking the drug. While this can still trigger antidepressant discontinuation syndrome, it is less likely to, and when it does, the effects tend to be milder. Users should still be monitored, though, as some side effects, especially those related to mental health, are still possible.

Vilazodone withdrawal is another way users might refer to antidepressant discontinuation syndrome. Assuming that the patient opted to taper instead of going cold turkey, this should be mild at most. However, anyone taking the medication should be aware of the symptoms.

If someone has stopped taking the medication and has begun experiencing these symptoms, they should notify a doctor. 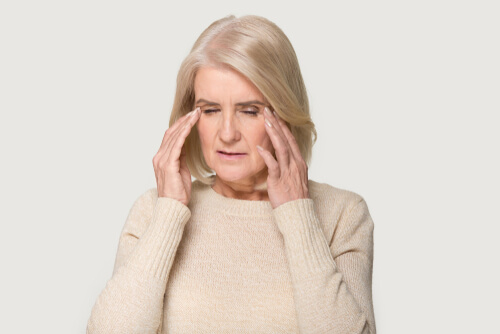 How Long Does Viibryd Withdrawal Last?

The symptoms of vilazodone withdrawal should stop within one to two weeks of onset. In rare cases, symptoms can persist for up to a year. Generally speaking, they will stop sooner if the drug was tapered off of than if it were stopped cold turkey. Medical intervention can also ease or stop the symptoms sooner. In most cases, starting a new antidepressant will stop withdrawal within days. However, users should never do this on their own, as starting another antidepressant too close to stopping vilazodone could result in serotonin syndrome, which can be deadly.

How Can Withdrawal Be Managed

While there are supplements and prescription medications that might help reduce or eliminate symptoms, users should not seek out these “cures” on their own. Drug interactions can be deadly, and even seemingly safe supplements can interact with vilazodone and other medications someone might be taking.

With that said, some options for withdrawal management include:

Even when it comes to the safer options on this list, patients should consult with their doctor before trying methods of symptom relief.

Compared to older types of antidepressants, Viibryd interactions are not particularly numerous. However, they still exist, and they can be deadly. Anyone taking the medication needs to know what to avoid and what the risks are.

Technically, there is not a direct vilazodone interaction with alcohol. The concern is that both can make the side effects of each substance worse. This means a user will feel very drunk off of less alcohol, and the side effects of the medicine, such as lethargy, will become greater. As a result, users should avoid drinking while on the medication, as it can compromise their safety.

The vilazodone interaction with marijuana is similar to that of alcohol. The marijuana can amplify the side effects of the medicine, and the medicine can worsen the symptoms of cannabis use. This can leave the patient more impaired than expected and might make them vulnerable to injuring themselves or being taken advantage of. 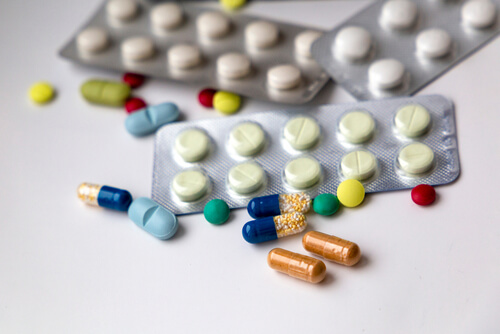 Other Drug Interactions With Viibryd

There is also a strong risk of interactions between Viibryd and certain other drugs. The most frequent include:

The primary risk of taking vilazodone with above-mentioned medications is the development of a condition called serotonin syndrome. While rare, it can have significant consequences, including the risk of death.

Users should work closely with a doctor when considering any Viibryd alternatives. The point is that each case is unique and what might work for one patient can provide zero benefits for others, or even be harmful.

Getting Help With Stopping Viibryd

No matter what motivates a person to stop vilazodone, they should do so with medical help. If there is Viibryd abuse or addiction present, drug addiction rehab centers will offer the best care. These facilities know how to manage withdrawal, as well as underlying conditions, such as depression. With their help, addictions treatment will pass easier to ensure long-standing results and live a sober life.