Antidepressant drugs are amongst the most commonly used prescription medications. Despite this, little is known about them, both uncommon and common antidepressants alike. Before seeking out antidepressants that work for their needs, users should fully research these medicines.

Antidepressants are prescription medications that are designed to alleviate depression. In addition to being used for depressive disorder, they are also often prescribed for social anxiety, generalized anxiety, seasonal affective disorder, and dysthymia. Other applications, such as the treatment of pain, are also explored by doctors.

How antidepressants work is not fully known. What is known will differ between types of antidepressants. Generally speaking, they increase so-called “feel-good” chemicals within the body, addressing what is assumed to be a shortage of them within the brain of the person being treated. Which is why antidepressants for anxiety and other mental health conditions are said to work.

Even if common depression meds have their benefits, no option is 100 percent safe in all circumstances. For example, considering the connection between antidepressants and pregnancy, they can cause problems for the fetus. Mixing seemingly harmless supplements like CBD oil with antidepressants can also cause dangerous side effects.

Other dangers of depression medications include:

Additionally, there is the risk of overdosing on antidepressants if the individual prescribed them is likely to abuse them or is abusing other substances.

While there are risks with taking these medications, most common antidepressants also have their benefits. These include:

Among other effects, there are antidepressants that cause weight loss. However, not everyone who takes even the best meds will experience this benefit. Indeed, it can be a challenge for many. 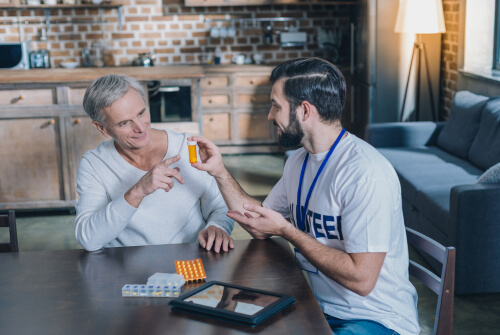 Because they do not work for everyone, many people question if depression medications work at all. Ultimately, the evidence shows that they do work, with their effectiveness being about double that seen with placebos. However, they are still not effective in nearly half of all people prescribed them.

The most prescribed antidepressants are some of the most commonly used drugs in the world. This then raises the question of who is writing all of these prescriptions. As it ends up, many different types of doctors are allowed to prescribe various drugs.

Who Can Prescribe Antidepressants?

Despite being a medication for a psychological problem, psychologists and psychiatrists are not the most common prescribers of depression medications. Instead, primary-care physicians are. This means that family doctors without the nuanced training needed to understand these medications prescribe them more than any other type of doctor. Other doctors who might prescribe them include those working in urgent care facilities or emergency rooms and even OBGYNs.

Oddly enough, therapists often cannot since most are not medical doctors, even though they may have a better understanding of how the drugs will impact the person being prescribed them. Unfortunately, allowing doctors without psychological training to prescribe these drugs can lead to abuse and addiction.

How To Get Prescribed Antidepressants 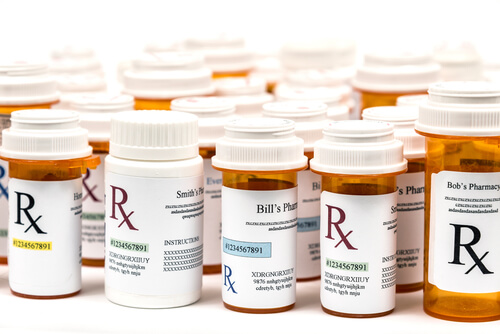 Because so many doctors are given free rein to prescribe the most common antidepressants, the medications are now known to be overprescribed. This is not just the sentiment of those who are skeptical of them but reflects the opinion of many in the medical community. Often, they are prescribed when therapy alone could do the job or when other medications would be more appropriate.

There is a concern that jumping to prescribe depression medications can mask underlying conditions causing depression. For example, thyroid irregularities can cause depression symptoms. If only the symptoms are treated, the hormonal condition could go unchecked and become worse.

While most doctors will state that generics are the same, they really aren’t. Instead, they are close enough to the original to pass FDA requirements. And what the FDA requires is that the blood levels of the drug be anywhere from 80 percent to 125 percent of that of the brand name. That allows for a significant difference.

This is a difference that many patients can feel. Also, something that can impact patients is the different non-active ingredients used by different manufacturers. As such, if someone is prescribed the brand-name first and then the generic, they might struggle with the change. It could even encourage them to take more to get the same effects, which could result in abuse and addiction to antidepressant medications. 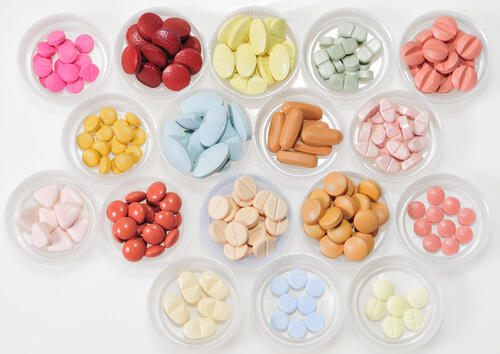 Depression medicines are not single-type medications. Instead, it is a class of medication that encompasses many different subclasses. These include:

Below is a table showing which generation each belongs to and some examples of the different depression medications.

Additionally, there are natural antidepressants. However, they do not fall into these classes.

Whether or not depression medications types fall under the umbrella of controlled substances depends on what a person means by the term. According to the DEA, controlled substances are any that are part of their drug schedule. Generally speaking, depression medications do not fall under this categorization, with a few notable exceptions.
However, all types of antidepressants, aside from those that are just supplements, do require a prescription. This means that there is regulation, and access is controlled. It is just not controlled in the same way DEA scheduled substances are.

Narcotics are also known as opioids. They are medications known to be easily abused and often lead to addiction. They act by occupying the opioid receptors in the body. Depression medications do not occupy these receptors, and as such, popular antidepressants are not narcotics. 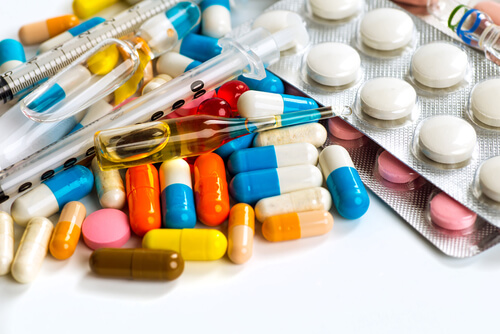 How Long Do Antidepressants Stay In One’s System?

There is no one answer to how long depression meds stay in the system. This will vary between types of antidepressant medications. Below are elimination times for some top depression drugs:

It should be noted that these times do not necessarily correspond to how long the medications will remain detectable in the system. For example, fluoxetine remains detectable in blood and urine for up to 96 days after taking a dose. This is despite its half-life being just 6 days at most. Generally speaking, saliva will have the shortest detection time, with blood and urine detection falling close to each other. Hair detection can often occur six months or more after use.

Do Antidepressants Show Up On A Drug Test?

A standard drug screening does not look for depression medications. If someone is suspected of abusing or being addicted to depression medicines, they will need to be screened using a specialized antidepressant drug test.

With that said, some depression meds have been known to cause false positives for other medications. For example, Wellbutrin can show up as an amphetamine. To prevent a false positive have negative repercussions, users should disclose their depression medication use to the person administering the test.

Can One Get High On Antidepressants?

Some people do report that different antidepressant types produce a sensation of being high, especially when taken in doses larger than prescribed. The sensation has been described as being euphoric, giving the user a sense of wellbeing and warmth.

Abuse of depression medicines is dangerous, as there is a risk of addiction.

In general, depression meds are not considered addictive. But that is not to say that addiction to antidepressants does not exist. As the body comes to depend on them, it will stop producing chemicals in the same way, which does mean there is physical dependence. Additionally, someone can feel mentally addicted to them if they find that their use brings them comfort, even if they are abusing the medication.

Addictive antidepressants can be just as problematic as any other drug of abuse. As such, stopping antidepressants safely is important. No one should consider stopping cold turkey. Additionally, it should be under close medical supervision, preferably in a drug rehab facility.

How Much Do Antidepressants Cost?

The cost of antidepressants will vary based on which medication is being taken, if it is a name-brand or generic, and what formulation is required. To reduce costs, people can enroll in savings programs or use coupons. In general, the newest ones are the most expensive. 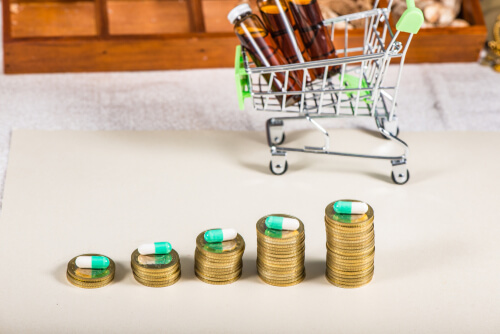 How Much Do Antidepressants Cost Without Insurance?

Name brand depression meds can cost anywhere from $90 for a month’s supply to over $200. Generics run in the range of $39 to $74 for a month of pills, though some medications will cost more. Not having insurance can make it difficult to afford these medications, though some pharmacies will offer discounts to those without drug coverage.

How Much Do Antidepressants Cost With Insurance?

The cost of depression medicines with insurance will depend on the coverage their policy offers, and if they have met their deductible or their out-of-pocket spending limit. To know exactly what a prescription will cost, the user should verify their coverage with their company.

Getting Help With Abuse And Misuse

Anyone who wants to stop the use of antidepressants, whether due to abuse, addiction, or just not wanting to rely on then, should seek help. Drug addiction rehab centers can help. There, users can safely detox and find further appropriate substance abuse treatment.