Can You Overdose On Antidepressants: OD Signs & Symptoms

Can You Overdose On Antidepressants?

Some may be wondering: can you overdose on antidepressants? The answer is yes and it is life-threatening. Although antidepressant drugs without a prescription are not available, patients often neglect a doctor’s instructions and use improper amounts to increase effects. Based on a study of medical doctors from Japan, factors such as the person’s weight and age, the presence of preexisting health conditions, how the body metabolizes the drug, and if the antidepressant was taken with other medications or alcohol, can make the toxicity lethal or not. There are various ways in which an individual could OD on antidepressant drugs – intentional and unintentional.

Take a look at the information below:

According to psychiatrists from Oregon, the most common overdoses come from tricyclic antidepressants, with a hospitalization rate of 78.7%. However, it is also possible to OD on SSRIs and SNRIs. Aside from combining antidepressant drugs and alcohol, overdose on antidepressants can also happen when combining depression medication with some foods, such as grapefruit. This fruit contains furanocoumarins, chemicals that disrupt the enzyme that breaks down the medication. This means that the depression medications are not broken down properly, and even a safe dose can increase to dangerous levels. If the drug is absorbed too quickly, it can cause nausea, dizziness, and even toxicity. For some people, depression drugs can make the illness worse, leading to an increased risk of hostility, suicidal thoughts, and sometimes homicidal behavior. 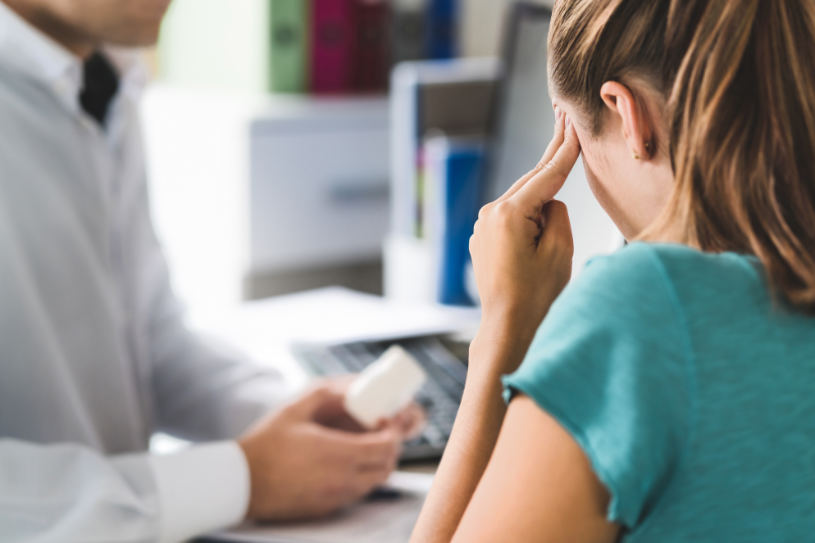 Signs And Symptoms Of Overdose on Antidepressants

What happens when someone overdose on antidepressants depends on the case. As a side effect of the medication, antidepressant weight gain may appear. However, when it comes to intentional overdose, there are common side effects, which vary in intensity from mild to severe. In a study published in the Saudi Pharmaceutical Journal, the symptoms depend on how many pills were ingested, how sensitive the individual is to that specific drug, and if the depression medication was mixed with other drugs. These symptoms are similar to those of antidepressant drugs withdrawal.

Either mild or severe, once a patient starts to show any of these signs and symptoms, it is highly advised to seek medical help as soon as possible. Considering the Poison Help Hotline (1-800-222-1222) would also be of great assistance.

To learn which of these drug classes could cause more overdoses and fatalities, take a look at the information below:

Keep in mind that everyone who is taking antidepressant drugs is at risk of antidepressants overdose. The best way to prevent this toxicity from occurring is by strictly complying with the instructions of a medical doctor. In case of a missed dose or repeated dose, speak to a medical doctor as soon as possible.

From the 72 antidepressant overdose cases in the South Australian coroner’s office, 68 of these account for the tricyclic antidepressants, specifically Amitriptyline, Doxepin, and Dothiepin. In the same study, it was also reported that these cases are associated with suicide, and women were 2.5 times more likely to use these TCAs to suicide compared to men. From all of these cases, 45% of the patients had previously attempted suicide while 63% of the patients are reported to have mental illnesses. In this section, the reason why antidepressant drugs cause suicidal thoughts, and the law and lawsuits related to this will be provided.

Why Do Antidepressants Cause Suicidal Thoughts?

In some cases, depression medications do the opposite of what they are supposed to do. In a comparative study from the American Journal of Psychiatry, antidepressant drugs, specifically, selective serotonin reuptake inhibitors, cause suicidal thoughts, especially in teenagers and young adults, mainly in the first weeks of the treatment or when the dosage is changed. No one knows exactly what the link between antidepressant drugs and suicide is. Additionally, discontinuing the treatment abruptly suicidal thoughts. In a comparative study from Denver, patients who use multiple antidepressant drugs and those with prior depressive episodes are more at risk for attempted suicide.

As mentioned before, some people, especially the young ones, experience an increased urge towards self-harm and suicide while on antidepressant treatment, being more prone to take an antidepressant overdose. There are many lawsuits involving antidepressant-related suicide, but only a few of them go to trial because most end on settlement. A study from Psychiatria Polska states that antidepressant lawsuits arise as soon as the medication is brought to the market as the clinical trials. However, many pharmaceutical companies hire ghostwriters to interpret fake data about the effects of antidepressant drugs. Because of this, those physicians whose names are written in the articles are being called liable for the suicide effects of the antidepressant drugs.

After a buzz around overdose on antidepressants and related deaths, the regulation became stricter. Since 2004, the FDA urged all manufacturers to include warnings on antidepressant drugs regarding the need to monitor people under treatment of depression for the emergence of suicidal thoughts and worsening depression. Still, there is no direct warning that antidepressant drugs increase suicidal thoughts. Rather, the prescription information indicates that there is a concern that caused by antidepressant medications side effects such as anxiety, agitation, panic attacks, and mania may represent precursors to emerging suicidality.

As mentioned before, some people, especially the young ones, experience an increased urge towards self-harm and suicide while on antidepressant treatment, being more prone to take an antidepressant overdose.

A person who has overdosed on antidepressant drugs needs emergency treatment. When toxicity is suspected, call the ambulance or the Poison Help Hotline (1-800-222-1222) right away to prevent unwanted health dangers.

While Waiting for the Emergency Services to Arrive, the Person Should Stay Calm, Keep the Body Cool, and Follow the Following Tips:

According to the Journal of Pharmacy Practice, life-threatening symptoms of antidepressants overdose begin within 2-6 hours. The most important thing to remember in the case of an overdose on antidepressants is to address it as soon as possible and not wait for more symptoms to appear.

Indeed, all patients who use antidepressants are at risk of toxicity. While others intentionally poison themselves, others are not aware that their actions, such as increasing the dose thinking the drug would work better, are putting their health in danger. Moreover, there are many signs and symptoms of antidepressant overdose, and the best way to avoid this OD is by strictly following the instructions of a medical doctor.

For those who experience antidepressant addiction or feel that antidepressants have taken control over their lives, there are clinics where they can find personalized substance abuse treatment and the help needed. The individual can try other treatments for depression after discussing it with a primary care provider, such as natural antidepressant supplements or a different medication if the current one is not appropriate.