Venlafaxine (Effexor): What Is It? Is Effexor Addictive? 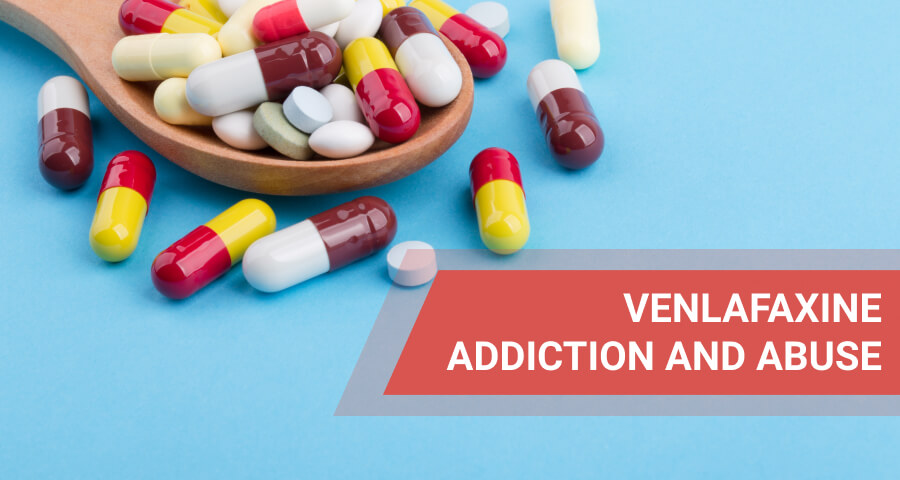 What is venlafaxine? Venlafaxine is a medication that is used to treat depression and anxiety. Venlafaxine HCl is sold under the brand name Effexor. It may be available as oral capsules or tablets under a generic name. Venlafaxine ER and venlafaxine IR are the Effexor generic names with different pharmacological actions. Children younger than 18 years of age should not take this medication. It is required to consult a healthcare provider to define the suitable product form of the Effexor drug and effective Effexor dosage according to the patient’s medical condition. Effexor medication can cause several side effects; however, using this drug without medical supervision may cause significant health damage and lead to venlafaxine addiction development.

Venlafaxine is a prescription medication. It was approved by the U.S. Food and Drug Administration (FDA) in 1993. It was first developed by Wyeth Pharmaceuticals Inc., which was eventually bought by Pfizer. Except for the common use of Effexor for anxiety and major depressive disorder, it can also be used for generalized anxiety disorder, panic disorder, and social anxiety disorder.

What to expect while starting Effexor use? The venlafaxine drug class belongs to a group called SNRI (selective serotonin and norepinephrine reuptake inhibitor). The venlafaxine mechanism of action is by potentiating norepinephrine and serotonin in the central nervous system through inhibition of their reuptake. Increasing serotonin and norepinephrine in the brain can improve symptoms of depression and anxiety. Venlafaxine effects appear after about 2 weeks of its administrators. So, don’t stop using the medication even if no effects are felt at the beginning of the treatment. Stopping the use without a doctor’s consultation may worsen the health condition.

Oral tablets of the venlafaxine trade name may be available in immediate-release (IR), and extended-release (ER) formulations in the tablets form only.

Effexor XR is assigned an AB rating by the FDA (meets the necessary bioequivalence standards established by the U.S. Food and Drug Administration), while venlafaxine hydrochloride extended-release form isn’t.

The plaintiffs continued to used Effexor during pregnancy. As a result, the plaintiff’s daughter Adelaide was born with severe cardiac defects due to Effexor use during pregnancy. The fatal malformations led to death after a girl was born by a few hours. Plaintiffs in venlafaxine lawsuits have claimed that Pfizer didn’t warn patients about the risks of birth defects. Since then, two more Effexor lawsuits against Pfizer for birth defects have been filed.

Venlafaxine also increases suicidal thinking among people under the age of 24. For this reason, it is not recommended to use it for younger patients. Several Effexor XR class-action lawsuits against the company were done. Effexor class-action lawsuits are being filed by those who were harmed either due to congenital disabilities or suicidal thoughts. These patients may be eligible to receive an Effexor lawsuit settlement from Pfizer. 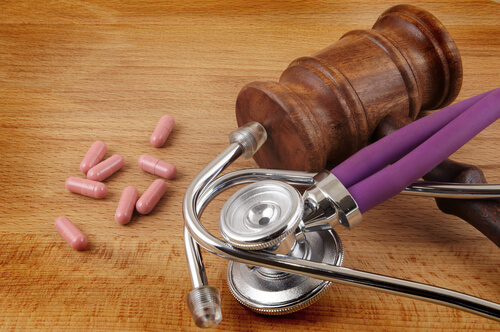 Psychiatrists, regular health care providers, and psychologists are doctors who authorized to prescribe venlafaxine. Getting this medication without a prescription is punishable by federal law. Under the United States Code Controlled Substances Act, the penalties are as follows:

Although Effexor has been available on the U.S. market and approved for treating depression since 1993, the U.S. Food & Drug Administration (FDA) issued a warning about the potential for congenital disabilities. Taking Effexor during pregnancy may increase the risk of having a baby born with defects and have an increased chance of a miscarriage. The child may have defects such as heart murmurs, persistent pulmonary hypertension, anencephaly, spina bifida, pulmonary stenosis, and craniosynostosis. If a woman on Effexor and pregnancy occurs, it is necessary to consult a medical professional before stopping the use of the drug.

Effexor may be a dangerous medication if it used without following the medication warnings. It is recommended for a patient to adhere to the following warning instructions of using venlafaxine to avoid adverse health complications: 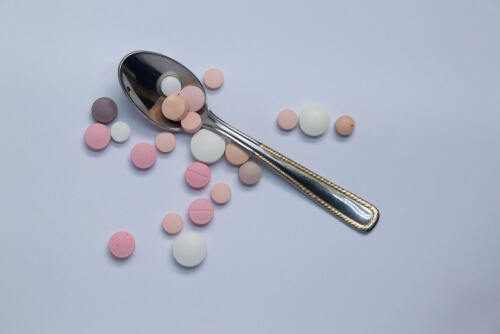 Only very little data on venlafaxine abuse in the U.S. are available. A study published in the US National Library of Medicine reported a case of a 38-year-old male with a history of depression and amphetamine dependence misused venlafaxine by crushing tablets and misused venlafaxine by inhalation to manage severe depression, taking up to 1,500 mg per day. The same study also described a case of a 53-year-old male who used up to 3,750 mg at a time to feel “more empathic and sociable” and “elated” mood.

Analysis of European data with 47,516 people who were prescribed venlafaxine, found that just over 200 people (0.45%) met criteria for abuse. The largest problem from venlafaxine use is withdrawal symptoms associated with antidepressant discontinuation syndrome (ADS).

Is Effexor addictive? Effexor is not physiologically addictive, but the psychological addiction to venlafaxine is possible. Effexor addiction occurs when a person misuses it or combine with other medications to get high. Persons with anxiety or depression may abuse venlafaxine to try to elevate mood by increasing the dose. Some teenagers may also try to get the drug illegally to get venlafaxine high effects.

Effexor abuse may also appear after taking the drug in larger or more frequent doses without doctor consultation. If someone is addicted to a drug, the following signs, and symptoms of Effexor addiction may appear:

Getting high on venlafaxine is illegal as well as any misuse of the drug. Such actions equal abuse and are against the law.

Even though Effexor addiction mostly bears a physiological character, it may cause a lot of discomforts, harm to health, and even lead to overdose and death.

To avoid the risk of Effexor addiction development, the following recommendations should be considered:

Treating Effexor addiction under medical direction would prevent the risk of dangerous complications of addiction to this drug. There are many effective treatment options for treating venlafaxine addiction in the U.S. Some people with severe forms of addiction may enter a detox program before transitioning into rehab. If the addiction to Effexor occurred, it’s recommended to find a suitable rehab facility. Also, counseling for Effexor addiction aims to help people change attitudes and behaviors around using the medication.