Individual factors such as age, genetics, liver and renal function, and dosing play a critical role in how long Effexor stays in the system. There is a difference in Effexor drug half-lives of immediate-release and extended-release formulations. It’s highly recommended not to start taking venlafaxine without proper consultation of a health-care provider. Use this medication due to prescription recommendations to avoid severe health damage.

Learn About How Long Effexor Stays In One's System:

How Long Does Effexor Stay In System?

How long does it take for Effexor to get out of the system?

How many days should pass to a drug leave a system completely after stopping it?

Some patients may excrete the medication in just 16.5 hours, while it may take 1.6 days for others to completely excrete it.

Will venlafaxine show on a drug test? 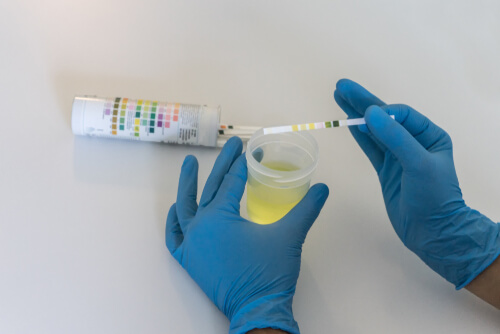 Time Of Staying In Urine

Effexor may show up on a urine drug test after 48 hours of its administration. Effexor false-positive urine immunoassay screening tests for phencyclidine and amphetamine have been reported. This is due to the lack of specificity of the screening tests. False-positive test results may be expected for several days following venlafaxine stopping. Gas chromatography and mass spectrometry are confirmatory Effexor drug tests that will distinguish venlafaxine from phencyclidine.

Time Of Staying In Blood

Steady-state concentrations of venlafaxine in plasma are attained within 3 days of oral multiple-dose therapy. As a result, blood samples may be collected within 72 hours for the estimation of venlafaxine.

Time Of Staying In Hair

According to a study published in the US National Library of Medicine, these antidepressant drugs can be detected in the hair follicle for at least 16 months after intake. As a result, venlafaxine also may be detected after about 1.5 years of its intake.

The average clearance of the drug occurs in 48 hours after administration, however, certain factors may affect how long it takes to get Effexor out of the system. It takes about 3 to 4 days for Effexor to leave the body completely. Others may excrete the medication in a much shorter duration. Several individual variables should be considered when contemplating how long Effexor lasts in the body.

Individual factors play a crucial role in how long Effexor XR lasts in the system. Two persons may not clear Effexor at the same time.

An overdose on Effexor can be dangerous as the drug is accumulated throughout the body at a time while a kidney can only excrete a certain amount of it at that time.

Mixing With Other Drugs

Mixing Effexor with other medications may cause an increase or decrease in venlafaxine concentration in the blood. Dangerous venlafaxine drug interactions occur when a person mixes it with CYP2D6 enzyme inhibitors such as Fluoxetine, Paxil, and bupropion. Mixing together can prolong the clearance time of venlafaxine as enzyme inhibitors decrease its metabolism and excretion. Mixing CYP2D6 enzyme inducers such as Haloperidol, Glutethimide, and Rifampin with Effexor can decrease its concentration in the blood as these medications accelerate venlafaxine metabolism and excretion. As a result, the therapeutic efficacy of venlafaxine was decreased when it was mixed with CYP2D6 inducer. 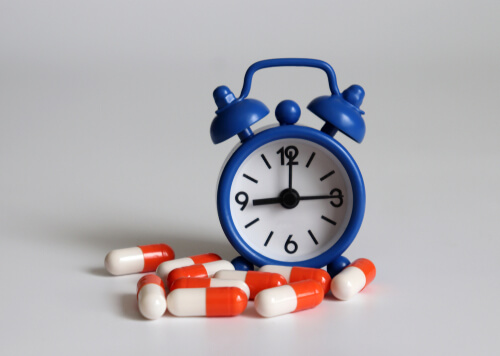 High frequency of venlafaxine use at greater than recommended doses may increase drug concentration in the body. Therefore, the side effects of Effexor may appear. On the other hand, those who take Effexor irregularly or intermittently are less likely to attain peak concentration of the drug throughout the system. In this case, the drug may be ineffective in treating depression.

The Effexor drug class is SNRI. It is taken orally and absorbed from the gastrointestinal tract into the bloodstream. The sustained-release Effexor tablet is more slowly absorbed than immediate-release venlafaxine tablets. About 92% of the Effexor dose is absorbed orally.

Effexor and its metabolites are primarily excreted via the kidneys. The drug is excreted as 5% unchanged venlafaxine, 55% O-desmethylvenlafaxine, and 27% other minor inactive metabolites.

It is highly recommended not to use any additional substances to speed up this process as dangerous health complications may occur. Any attempts to falsification of the drug test results also may lead to legal liability. The best way for stopping venlafaxine safely is to do it gradually and enroll in a rehab center for medical detoxification. Stopping the use of this medication suddenly without doctor’s consultation may increase the risk of Effexor withdrawal side effects.

There are several natural ways to speed up the Effexor clearance from the body safely:

If there is a need to stop the Effexor use, a doctor may also consider the difference between Prozac and Effexor or other drugs for anxiety and depression to choose an alternative medication.

An Effexor addiction may occur when a person continues to misuse a drug. Treating addiction to the Effexor as soon as possible will help to get rid of adverse health complications. Do not hesitate to find a rehab for drug addicts and start specialized treatment with the support of medical professionals.