Effexor Weight Gain And Loss: Why It Happens

Venlafaxine is thought to be a weight neutral drug in the medical literature. This is because it may cause some patients to gain weight while others can lose it while being treated with Effexor. Most of the Effexor effects, including weight changes are characteristic features of the entire Effexor XR drug class. Effexor weight gain or loss is most strongly correlated with the duration of treatment, rather than the disorder being treated.

Effexor leads to weight loss in patients in short-term trials of up to 10 weeks. Anorexia nervosa is an eating disorder characterized by reduced appetite and, therefore, reduced caloric intake. Anorexia is one of the side effects of Effexor, seen in about 15% of the patients. A small percentage of patients (6%) treated with the drug over a period of several weeks have shown the loss of about 5% or more bodyweight.

While the drug can not be prescribed for pediatric patients, clinical trials have been conducted with these populations. Younger adults and pediatric patients (Ages 6-17) are more susceptible to Effexor XR driven weight loss. In clinical trials monitoring the use of Effexor for depression and generalized anxiety disorder (GAD), 18% of the patients treated with the drug lost at least 3.5% body weight compared to 3.6% of the patients on placebo.

Venlafaxine, like other SNRIs, often leads to weight gain after long term use. Some patients gain weight within 10 weeks of starting treatment, while others do it on a more long term basis. Patients who gain weight on Effexor in the short-term see the weight loss after the drug is discontinued. However, for those who gain weight on a long-term basis, it is harder to lose it even after Effexor is discontinued. Short-term venlafaxine weight gain is thought to be caused more by changes in appetite: patients eat more due to improvement in their symptoms from the treatment, or Effexor euphoria caused by recreational use of the drug. Long-term weight gain on venlafaxine is more strongly linked to metabolic and hormonal effects of the drug on the body, including carbohydrate cravings, and the impact on the thyroid hormone system. 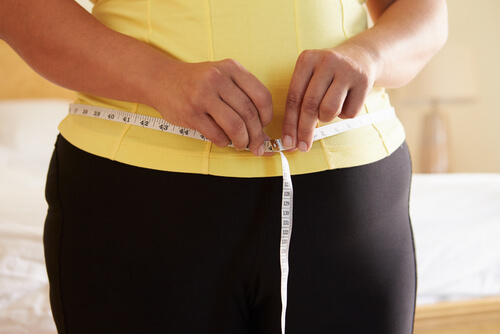 For a 10-week treatment period, patients gained an average of 13 +/- 8.4 kg. Such gain may be observed within 2-3 weeks of starting the treatment. Other studies have found a gain of ≥7% over baseline is greater than 40% of the patients on venlafaxine and other antidepressants. Long-term studies have found that the chronic use of antidepressants, including venlafaxine, contributes to an increased risk of long-term weight gain in the treated population.

Patients must carefully monitor changes in body size, and other metabolic indicators like changes in blood sugar levels, lipid profiles, etc. Patients must consult licensed physicians regarding any significant changes in the aforementioned indicators. If the patient is currently breastfeeding or pregnant, Effexor and breastfeeding and/or pregnancy implications must be carefully considered before any dose modulation. Self-medication, as well as dose modification without physician consultation,  must be avoided at all costs.

Factors That May Influence Weight Gain Or Loss

Effexor affects a number of systems in the body, leading to several side effects. In this context, effects on appetite, the gastrointestinal system in general, the endocrine system, leptin appetite regulations system, etc., modulate the impact of the treatment on the body.

One of the most essential causes of venlafaxine weight gain or loss is the change in appetite during treatment. A patient of any anxiety mediated disorder may suffer from decreased appetite as a result of such disorder, or eat compulsively. Therefore, when the patient sees benefit from treatment, it may either suppress or augment appetite based on previous symptoms. In addition, recovery from depression disorders may be associated with increased social eating, improvement in the taste of food, etc. which may cause the patient to eat more and thus gain more.

In addition to the mitigation of disease symptoms, Effexor may affect the body’s appetite regulation systems, including leptin, and tumor necrosis factor. This leads to an increase in appetite, which is commonly seen with long term treatment with venlafaxine. 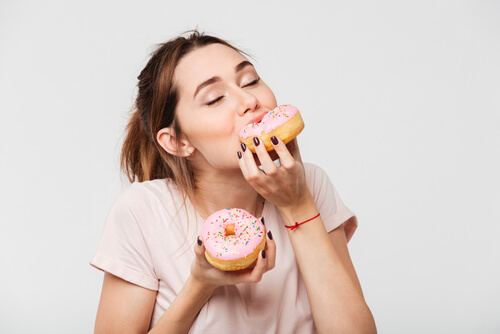 Patients on venlafaxine have reported cravings for fatty and sweet foods. These cravings may also be exacerbated by the effects of venlafaxine on leptin and tumor necrosis factor systems. In addition to cravings for fatty and sweet foods, disruption of these aforementioned systems with the treatment also contributes to the increased incidence of other metabolic disorders like diabetes mellitus, hypertension, etc. in the long term. Disruption of glucose metabolism in diabetes mellitus and disruption of salt balance associated with hypertension further potentiate cravings for carbohydrates and fatty foods, turning the effect into a metabolic vicious cycle.

Though rare, edema, especially of the peripheral tissues, is seen in some patients with prolonged venlafaxine use. This edema may be a contributing factor in the weight gain after venlafaxine use.

Effexor alters the endocrine balance of the body. It modulates the thyroid hormone metabolism system, thereby affecting not only appetite but also the utilization of stored fats and carbohydrates for energy production in the body. The thyroid hormone system is crucial to the weight maintenance system of the body, and any modification of this system leads to a significant change in the body.

Venlafaxine leads to weight gain after sustained long-term use, and sometimes weight loss in the short-term. However, many steps may be taken to mitigate this change and resultant metabolic issues in patients. 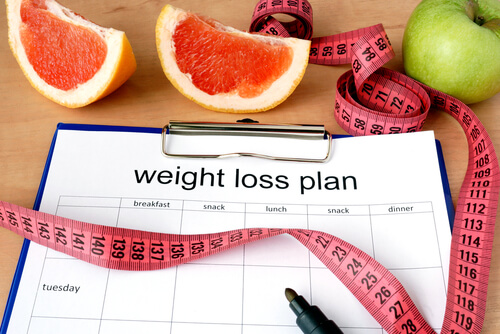 Patients on venlafaxine must work with prescribing physicians to modify diet/fluid-mineral intake so as to mitigate the metabolic and hormonal effects of venlafaxine.

Cognitive-behavioral therapy is helpful in mitigating the symptoms and severity of anxiety and depression based disorders, thereby assisting patients in reducing the venlafaxine dose required. It is also extremely helpful in assisting patients with controlling compulsive eating issues like anorexia and/or other changes in appetite which lead to body changes caused by long-term Effexor treatment. Behavioral therapy can also help to mitigate any concomitant addiction that the patient is suffering, including Effexor and alcohol.

Switching To Another Drug

If the patient is suffering from significant changes in weight during the Effexor use, the physician may consider switching the patient to another drug. For instance, a doctor may compare Effexor vs Cymbalta effects on weight change, and choose a drug with less impact on weight in a patient.

If there is a need to discontinue the drug due to significant weight changes, then quitting Effexor cold turkey should be avoided because of severe health complications that may appear. Patients must work with a physician to slowly wean off the drug to avoid the precipitation of Effexor discontinuation syndrome.

If a patient is suffering from Effexor addiction, it’s recommended to find a suitable drug addiction rehab centers and seek help. Patients would be provided by proper treatment for substance abuse according to each specific case.