A prescription medicine used for the treatment of major depressive disorder (MDD) and generalized anxiety disorder (GAD) in adults, Lexapro is known for interactions with alcoholic drinks, weed, and over 600 medications. Drinking on Lexapro can result in increased nervous system side effects. When combined, one may experience symptoms such as drowsiness and difficulties in concentrating. While combining Lexapro and alcohol was not found to enhance the motor skill impairments the latter causes, taking them together is not advised for depressed patients.

There is a potential for Escitalopram interactions when it is co-administered with other drugs, and some may be dangerous. One should inform their doctor first of the drugs they are taking or are planning to take before Lexapro treatment, whether they be prescription, over-the-counter, or herbal and dietary supplements. Doing some research and gathering information about potential risks that could result from mixing it with other drugs would also be a good idea. 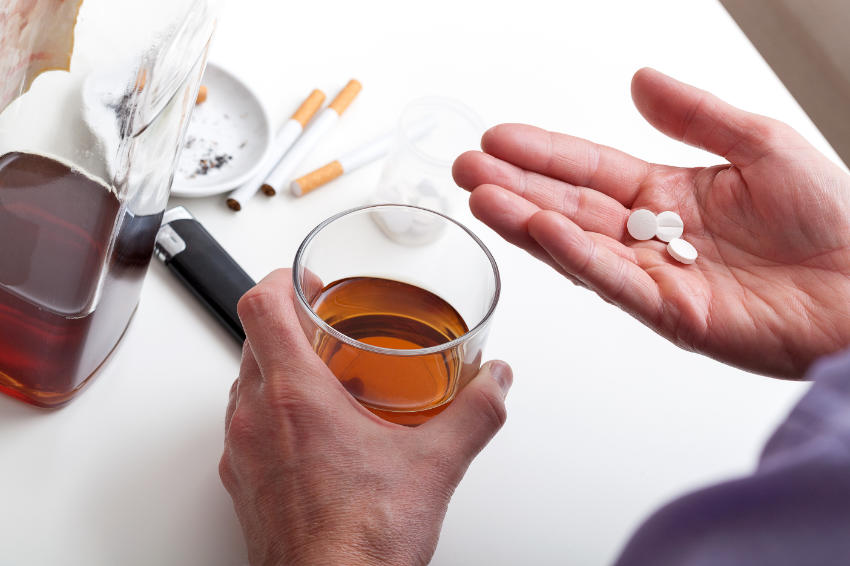 The clear answer to the question is that the combination of Escitalopram and drinking should be avoided at all times. SSRI class antidepressants like Escitalopram reduce severe symptoms of depression and anxiety by blocking the reuptake of serotonin to the brain. This procedure gives a safe and consistent relief to the person on medication, allowing them to function normally in everyday life without suffering from severe symptoms. When Lexapro and alcohol are mixed, there may be a drastic decrease in the effectiveness of the medication due to the effects of alcoholic agents on the brain. Thus, mixing Lexapro and alcohol gives a completely reverse effect, further increasing the anxiety and depressive levels.

Possible Side Effects Of Taking Alcohol and Lexapro

Even though Escitalopram is still one of the safest antidepressants in the market with positive results, it may cause some adverse reactions. It works well as one of the most common starting medications for the treatment of depression and anxiety disorder. However, the side effects that a person experiences when Lexapro and alcohol are combined can be extremely severe. Alcohol and Escitalopram interactions are almost always negative, getting worse with the amount of consumption, especially during a short period. The use of a fairly large dose of this antidepressant in combination with alcohol can put one in serious danger and may cause overdose of Lexapro. Simply put, consuming alcohol while on Escitalopram must be limited, if not avoided.

Following are a few Escitalopram oxalate side effects when mixed with alcoholic drinks.

As for the interaction of Lexapro and marijuana, the usual mental status side effects might arise. These include dizziness, confusion, and concentration and thinking difficulties. However, there isn’t really much information and data about this to date, and due to the Lexapro half-life, the combination of Lexapro and weed could also result in serotonin overload.

Escitalopram is an antidepressant that belongs to a group of drugs called selective serotonin reuptake inhibitors (SSRI). Like any other drug, it interacts with many other medications. And in some instances, there may be an increased risk of negative effects occurring from Escitalopram interactions. The same goes for interactions due to existing health conditions, drinking on Lexapro, and if Lexapro and marijuana are used together. Lexapro interactions are categorized into four different classes, based on the risk posed: major, moderate, minor, and unknown. 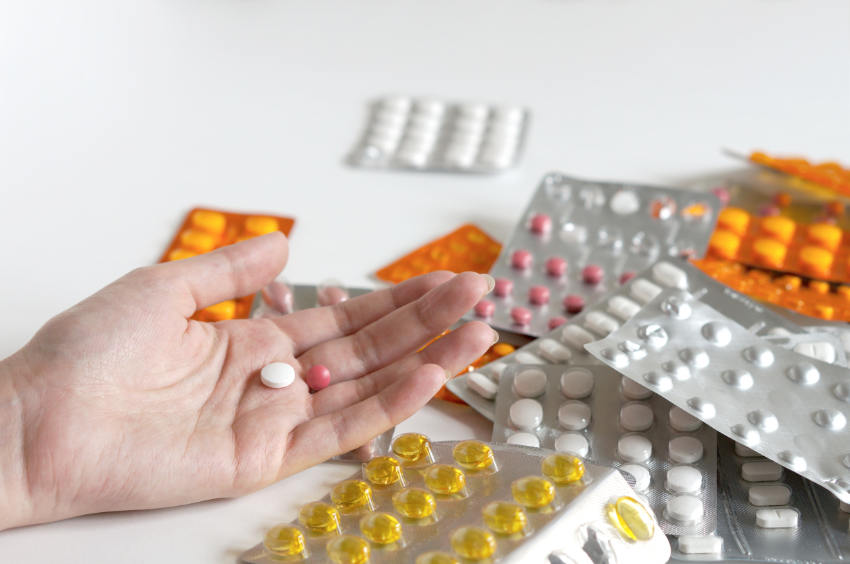 Just like many other antidepressants, Escitalopram interactions can cause serious side effects. Concomitant use with other drugs can also lead to health issues as they may not interact well. Because of this, co-administering drugs must be approached with extreme caution. It must only be done under special circumstances and if advised by a medical professional – should they believe that the benefits outweigh the risks. About 38% of the drugs with known Escitalopram interactions result in severe effects, and many of them involve the development of serotonin syndrome. These include the following:

Like Escitalopram, Bupropion is a commonly prescribed antidepressant that works well for patients with major depressive disorder (MDD). However, when combined with Lexapro, their toxicity may be heightened. The risk of seizures may also be increased, particularly for the elderly, people with histories of seizures, and those with health conditions affecting the central nervous system (CNS). It taking both drugs at the same time could be of benefit to a patient, though, it could be done with close monitoring and dose adjustments.

The development of the potentially life-threatening medical condition called serotonin syndrome has been found to occur with serotonergic drugs such as selective serotonin reuptake inhibitors (SSRIs) like Lexapro, a (weak) inhibitor of the cytochrome CYP2D6. The same cytochrome is known to metabolize Adderall and its derivatives to some degree. This results in increased exposure to Dextroamphetamine, and so, the concomitant use of the two increases the potential for a pharmacokinetic interaction. Adderall’s effects are enhanced, and symptoms such as severe anxiety, racing thoughts, and jitteriness may arise. If serotonin syndrome is developed, too, symptoms may include the following:

Drug interactions with Escitalopram can range from minor to severe, and there is quite a large percentage of the drugs known to have major interactions with it – increasing the risk of the potentially life-threatening and fatal serotonin syndrome.

Trazodone is an antidepressant belonging to the serotonin receptor antagonists and reuptake inhibitors (SARIs) with several properties of SSRIs. Meta-chlorophenylpiperazine, one of its major metabolites, is known to have serotonergic effects and thus can contribute to the development of serotonin syndrome (same symptoms as that of Adderall) when combined with SNRIs or SSRIs such as Escitalopram. That said, Trazodone and Lexapro interactions could be fatal.

Buspar is an anti-anxiety medication. While it may be effective for generalized anxiety disorder (GAD), its concurrent administration with SSRIs or serotonergic drugs including Escitalopram has resulted in symptoms consistent with the potentially lethal serotonin hyperstimulation condition or serotonin syndrome.

The concomitant use of Lexapro with Vyvanse, another SSRI medication, can also result in serotonin syndrome. Although it was found to reduce depressive symptoms in cases where patients responded poorly to Escitalopram, using them together increases the risk of heart arrhythmia or abnormal heart rhythm. While this is a rather rare side effect, patients with cardiac diseases or other heart conditions see an increased risk of experiencing it.

The majority of drug interactions with Lexapro (more than half or about 55% of the total known drug interactions) cause moderate side effects. Aside from prescription and over-the-counter medications, Lexapro and weed also have a moderate interaction.

Alprazolam is a benzodiazepine and central nervous system (CNS) depressant. When used with Lexapro, it mainly results in manageable mental status side effects.

These Side Effects May Include:

Taking Escitalopram and Diphenhydramine (an antihistamine medication) together will not cause serious side effects. Some of the latter’s effects such as drowsiness will be amplified, though. Other side effects that may be experienced are dizziness, confusion, and blurry thinking, impaired motor coordination. These symptoms, however, are more commonly experienced by the elderly. 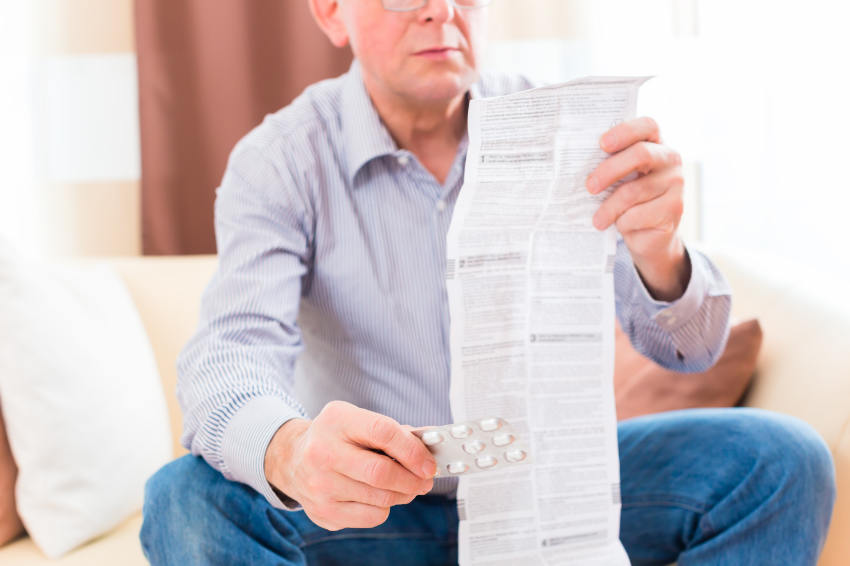 A nonsteroidal anti-inflammatory drug (NSAID), Ibuprofen may increase one’s risk of bruising or bleeding, lightheadedness, vomiting, severe headache, and black or ratty stools. This interaction is another one that is more likely to be experienced by the elderly.

The risk of serotonin syndrome is also increased when Hydrocodone is co-administered with Escitalopram, albeit not as much as the increase caused by the drugs with major interactions. To avoid this, careful monitoring (especially during the initial stage or the first 24 to 72 hours of treatment) is key. Other side effects of these drugs’ combination include low blood pressure, respiratory depression, and deep sedation.

Concomitant use of Ativan and Escitalopram may cause prolonged central nervous system (CNS) and respiratory depression. Dizziness, sedation, concentration difficulties, and confusion are among the most common symptoms that one may experience. Elderly or debilitated patients, in particular, may also experience impaired judgment and motor coordination. Dose titration, specifically during the initial stage of treatment, may help minimize the side effects.

Roughly 7% of the drugs known to interact with Escitalopram only have minor interactions. Most of them are not common medications, though – they are not likely to be taken together with the antidepressant.

Some common drugs with lacking information / unknown interactions with Escitalopram to date are Melatonin, Tylenol (Acetaminophen), and Sudafed (Pseudoephedrine). However, since Melatonin has sedative effects, it can be assumed that combining it with Escitalopram might result in extreme drowsiness.

To sum up, drug interactions with Escitalopram can range from minor to severe, and there is quite a large percentage of the drugs known to have major interactions with it. Most of them are serotonergic drugs, central nervous system (CNS) stimulants, and anxiolytics, and many of them interact similarly – increasing the risk of the potentially life-threatening and fatal serotonin syndrome. So, if the patient would be taking other medications alongside it, it is important to get sufficient information first and seek a medical professional’s advice before continuing with their treatment. This way, the risk of experiencing various symptoms is reduced. It is also noteworthy, that patients should be counseled and warned to never abruptly stop taking their antidepressants as this can cause the development of Lexapro Withdrawal Syndrome.