Addiction Resource » Drugs of Abuse » Lexapro Abuse » How Long Does Lexapro Stay In Your System?

Lexapro Half-Life. How Long Does Lexapro Take To Work?

Lexapro (generic Escitalopram) is an oral medication used for the treatment of major depressive disorder and generalized anxiety disorder in adults and adolescents. As per the estimates of 2017’s National Survey on Drug Use and Health, 17.3 million adults (7.1% of the adult population) and 3.2 million adolescents (13.3% of the adolescent population) in the United States have experienced at least one major depressive episode, thus making antidepressants the 3rd most common prescription medication taken by U.S. residents.

Most of those affected use conventional antidepressants such as Escitalopram as part of their medical treatment. This article will discuss Lexapro mechanism of action and half-life. It will also answer one of the most commonly asked questions about the drug: how long does Lexapro take to work?

Concerning how long does Lexapro take to work, feeling the full benefit of medication usually takes 1 to 4 weeks or longer. However, a study found that this medication improves symptoms rapidly, and MDD patients have seen significant improvements in some parameters just within 1 to 2 weeks of starting treatment.

How Does Lexapro Work?

Escitalopram, an atypical antipsychotic medication, is categorized as an antidepressant and belongs to the SSRI (selective serotonin reuptake inhibitor) drug class. As the name suggests, these medications prevent the reuptake of a neurotransmitter called serotonin at the junctions between nerve cells in the brain. Escitalopram is a very potent SSRI, up to 40 times more powerful than R-citalopram, the other enantiomer of the drug. As a highly selective inhibitor, it helps improve MDD (major depressive disorder) patients’ depressive symptoms without affecting other neurotransmitters such as norepinephrine or dopamine. By inhibiting the neurotransmitter’s reuptake, the drug allows for increased levels of serotonin to remain at the synapse (nerve junction), thereby improving mood, behavior, sleep, appetite, and other symptoms of anxiety and depression.

This antidepressant is known to have a predictable tolerability profile of mild to moderate adverse effects as well as a low tendency for drug interactions – something that could be beneficial for the treatment of patients with comorbidities. Of course, Escitalopram may not work for some, and it is not uncommon for it to stop working after some time. Even if that’s the case, taking Escitalopram must not be suddenly stopped unless advised by a doctor as it may cause withdrawal symptoms such as unwanted feelings, difficulty in controlling movements, and strange sensations, among others.

Escitalopram half-life is the amount of time it takes for half the amount of the drug ingested to be eliminated from the body. Concerning how long does Lexapro stay in your system, it should be noted that it takes about five half-lives for a drug to be 99% cleared from the body. Escitalopram half-life is about 27 to 32 hours, so it will take about 150 hours or a little more than six days for Lexapro to be eliminated from the body. The half-life of Lexapro is one reason why many long-term users are concerned whether the drug test will show the presence of the antidepressant in the body. 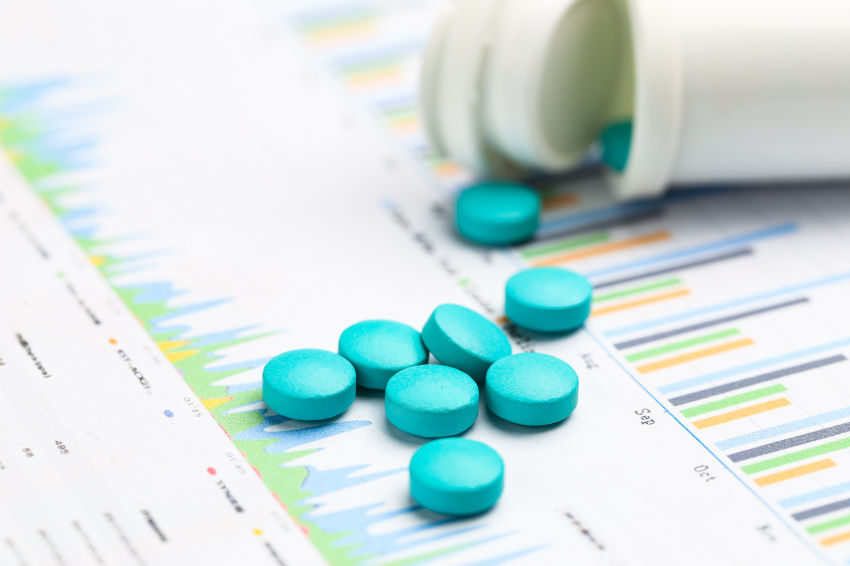 How Long Does Escitalopram Stay In Blood?

Escitalopram half-life affects the length of time it stays in the system. Given the 27 to 32-hour half-life of Lexapro and how it takes about five half-lives for it to be reduced to undetectable levels, Escitalopram will be present in the blood for up to 6.1 days after taking the last dose. An individual’s daily dose and the duration of their medical treatment will also influence how quickly the drug will be expelled from the system. However, how long it takes to get rid of Escitalopram is not affected by the time one takes the drug, though there is no best time to take Lexapro. It is essential to take it at the same time every day as prescribed by your physician.

How Long Does Lexapro Stay In Urine?

How long until Escitalopram is out of the urinary system will depend on some factors. Escitalopram is metabolized in the liver into S-DCT and S-didemethylcitalopram (S-DDCT) and is excreted through the kidneys (18%). A urine test will show a positive result for Lexapro 27 to 32 hours after it has been consumed. Steady-state plasma concentration is achieved in about one week, and two factors that influence this length of time are the Lexapro half-life itself and the even longer half-life of the drug’s primary metabolites. This means that it will take slightly longer to get Lexapro out of the urinary system, and a urine test may show the presence of Escitalopram for up to one week after the last dose because of the stored residual metabolites. Factors such as dosage, age, and existing medical conditions will also affect how fast Lexapro is metabolized.

How Long Does Escitalopram Stay In Saliva?

The amount of time Escitalopram stays in saliva or whether it stays there is unknown. It is also one of the antidepressants that may result in false-positive tests. However, suppose it does stay in saliva. In that case, it can be assumed that the detection window is considerably smaller compared to how long it stays in the urine, as this is how most drugs’ detection windows are determined.

How Long Does Lexapro Stay in Hair?

The amount of time Escitalopram stays in hair follicles is unknown as well. It has not been studied, and therefore, there is no evidence to determine this. Additionally, the presence of antidepressants in the hair is not usually tested for as they are not considered as drugs of abuse.

Symptoms that may arise from abruptly stopping taking Escitalopram are generally not life-threatening but know that it increases the risks of a depression relapse. 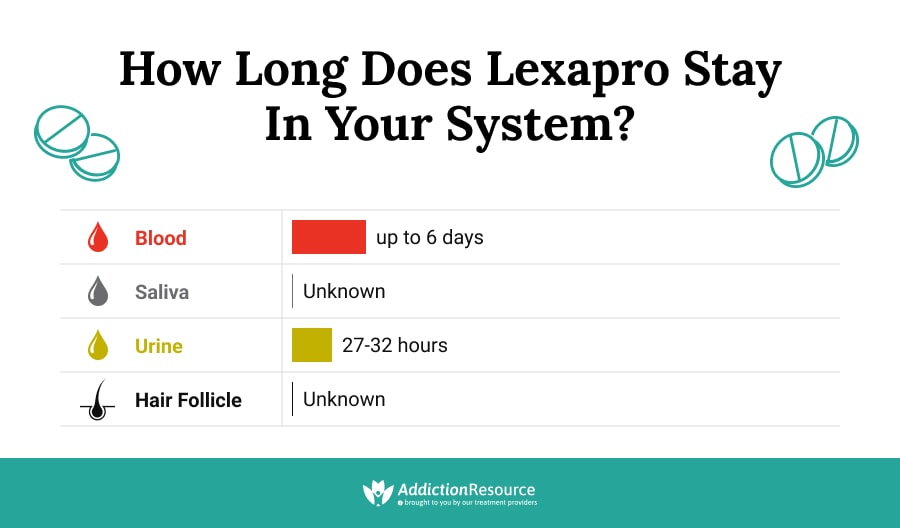 Factors That Influence How Long Escitalopram Stays In The Body

Different factors affect how long it takes drugs such as Lexapro to be flushed out of the system; they include factors such as the patient’s age, existing medical conditions, the duration in which the drug has been consumed, and the amount of drug taken. Lexapro half-life will vary according to the kind of specimen used as well; this shall be reviewed below.

Lexapro half-life in adolescents and adults are similar. Meanwhile, pharmacokinetic studies have found that in the elderly, specifically those who are 65 years of age or above, Lexapro half-life is increased by around 50% compared to adolescent and adult patients in both single-dose and multiple-dose studies. It is unknown whether gender influences how long Escitalopram stays in the system.

Body mass, metabolic rate, and genetics are usually among the factors that affect how long drugs stay in the system. However, with regard to “How long does Lexapro stay in your system?”, there is currently not enough information to say for sure. These factors’ effects on the metabolism of Lexapro are yet to be studied.

In patients with liver disease or lower than normal hepatic function, Escitalopram half-life is doubled. That said, eliminating the drug will take longer for them than for patients with healthy livers. For people with mild to moderate kidney problems or reduced renal function, the length of time it takes for Escitalopram to be cleared from the body is 17% more than patients with healthy kidneys. The pharmacokinetics of the drug in those with severe kidney problems have not been studied, though.

The Frequency/Duration Of Drug Administration

As with other drugs, it may take longer for Escitalopram to be eliminated from the system of someone who has been taking it for a long time than someone who only took it for a short while. However, it is important to note that there is currently no evidence to back this hypothesis and that it is only based on how most drugs work.

Lexapro has no inhibitory effect on the cytochrome CYP2D6, an important enzyme involved in eliminating most drugs, including Escitalopram, after administering multiple dosages. This suggests that drug dosage has no significant effect on its elimination. Nevertheless, even though this drug is considered to be one of the safest antidepressants, Escitalopram overdose may occur if the patient consumes the potentially toxic amount of the substance.

Based on in vitro enzyme inhibition data, Escitalopram has little effect on the metabolism mediated by several chromosomes, such as on CYP3A4, -1A2, -2C9, -2C19, and -2E1. Hence, it is expected that co-administered drugs have little to no effect on its elimination. 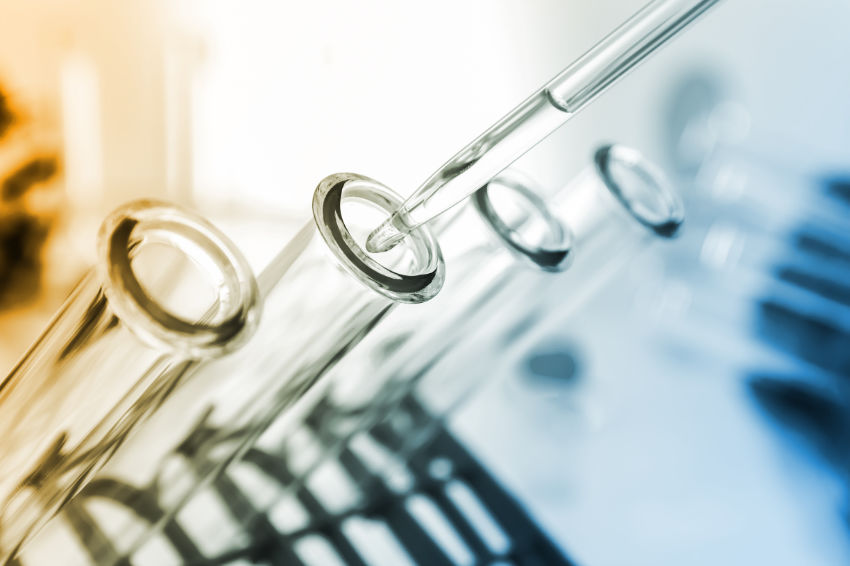 Will Lexapro Show up In a Standard Pre-Employment Drug Test?

For many people taking Escitalopram, there is usually a concern about going through a standard pre-employment drug test and how it will affect their prospects of getting hired. First, it is important to understand that it is not among the drugs screened for in a standard drug test. And again, antidepressants are not considered drugs of abuse, so employers have little or no reason at all to test their employees for Escitalopram.

Lexapro Detox And Getting Lexapro Out Of The System Safely

Suddenly going off antidepressants is not recommended. In most cases, this triggers withdrawal and discontinuation symptoms such as anxiety, worsened depression, malaise, lethargy, sleep and sensory disturbances, and migraines. Symptoms that may arise from abruptly stopping taking Escitalopram are generally not life-threatening but know that it increases the risks of a depression relapse. It’s just not a good idea, given that depressive disorders are why Lexapro is prescribed to patients.

Making the decision to stop taking antidepressants should not be done without professional help and support. The good news is that there are many drug addiction treatment options available. Qualified detox specialists and medical professionals will make sure to flush it from the patient’s body safely to avoid possible withdrawal symptoms and adverse reactions. In case of severe dependence, rehab from drugs can also be required. Talking to a physician or seeking assistance from an addiction center may prove helpful.