How Long Does Prozac Stay In The System? Timeline And Variables

Prozac (Fluoxetine) is a drug used in the treatment of depression. It is also prescribed for the treatment of other psychological disorders such as anxiety disorders. To those who have wondered if Prozac is a narcotic, it is not. However, being a drug that acts on the brain and causes some adverse effects, it is not uncommon to wonder how long does Prozac stay in the system?

After ingesting Prozac, its active ingredient called “Fluoxetine” is absorbed in the gut and undergoes a first-pass metabolism in the liver where it is metabolized via demethylation reactions into its norfluoxetine metabolites. Fluoxetine undergoes a demethylation reaction catalyzed by hepatic enzymes converting  R- and S-fluoxetine to R- and S–norFluoxetine enantiomers respectively. After leaving the liver, Fluoxetine with its norFluoxetine metabolites is circulated in the bloodstream to the tissues. 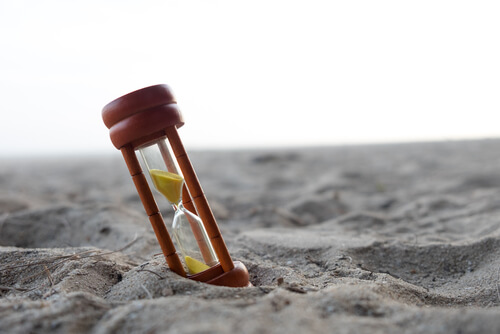 Fluoxetine has a half-life of 2 to 7 days; however, norfluoxetine lasts longer with a half-life of 4 to 15 days. Knowing this timeline, how long does Fluoxetine last in the body? Fluoxetine stays in the system for about 2 to 3 months after the last dose, when nor-Fluoxetine is completely excreted. This prolonged half-life of norFluoxetine is responsible for the long duration of some of the Fluoxetine adverse effects such as depressed mood and sexual side effects.
When an individual quits Prozac abruptly, the body will react in certain ways. These reactions are called the withdrawal symptoms. These symptoms usually begin within 2 to 4 weeks of quitting the drug and lasts for about 2 weeks. Some of these withdrawal symptoms include anxiety, mood swings, rebound depression, fatigue, dizziness, headache, muscle cramps, insomnia, and tremors. In case of Fluoxetine overdose, withdrawal symptoms can be more severe and impede elimination of the drug from the body.

Factors that Determine How long Prozac Stays in The Body

Individual factors which determine the length of stay of Fluoxetine within the body include age and sex, body weight, liver function, genetic profile, and metabolic rate. Elderly individuals usually have a longer Fluoxetine half-life than young adults. Also, the larger an individual’s body weight, the longer the half-life of Prozac as a result of the large surface area for tissue deposition of the drug. Liver impairment, food intake with drugs, and genetic variants causing underexpression of the liver enzymes are associated with long Prozac half-life.

How Long Prozac Stays in The Blood, Hair, and Urine?

After ingesting a dose, it remains in the urine for up to 96 days. In the blood, however, it stays for a much shorter period because of its short Prozac timeline which results from the first-pass metabolism in the liver. Also, it lasts in the hair for a few weeks, however, drug hair tests are unlikely to detect Fluoxetine.

How to Get Prozac out of The System

Here are some tips to help eliminate the drug from the body faster:

Until an individual discontinues Fluoxetine, it keeps accumulating in the tissues and bloodstream, and the more it accumulates, the higher its half-life and its stay in the system.

Fluoxetine binds strongly to fatty tissues, making it accumulate for as long as one takes the drug. Regular exercise, therefore, burns fats which leads to a shorter Prozac half-life and faster release into the bloodstream for clearance by the kidneys. A weight loss on Fluoxetine will be a nice bonus. Other methods of eliminating it faster include the use of activated charcoal and drugs which induce CYP2D6.
Prozac is one of the most commonly prescribed antidepressants and its rate of metabolism and clearance from the body varies between individuals. However, It may take a between 2 weeks to 3 months before it is completely eliminated from the body.
If someone is taking Prozac and needs information about how it affects the body, please call our 24-hour-helpline (888)-459-5511 to speak to one of our treatment support advisors who will answer the questions confidentially.