Prozac Side Effects and Use in Pregnancy

Prozac or Fluoxetine is an antidepressant for treating mental health problems like obsessive-compulsive disorder, depression, and panic attacks. It also treats various kinds of eating disorders and is one of the most popular drugs of its kind, available both in brand and generic versions. Like with all other drugs, Prozac side effects can be short-term and long-term. Some of them can only cause mild discomfort, while others require a visit to the doctor to consider alternatives. What are the side effects of Prozac? How does it affect sexual life? Is it safe during pregnancy? Find out the answers to these questions.

Like other antidepressants, Fluoxetine boosts the supply of serotonin in the brain. Serotonin is a neurotransmitter that is often called the happy chemical as it contributes to an individual’s overall happiness and wellbeing. However, the human brain has a complex nature, and every neurotransmitter performs various jobs. Merely increasing the number of happy chemicals in the brain might alleviate depression and lower neuropathic pain, but this could also lead to certain adverse reactions. The adverse effects could range from slightly troublesome to highly debilitating or fatal.

Here Are Some of the Common Effects:

Having suicidal tendencies is also one of Prozac side effects. Overall, antidepressants are effective in reducing the symptoms of depression. However, certain pieces of evidence suggest that the medication may worsen the suicidal thoughts of vulnerable patients. Although the actual link between antidepressants and suicidality is not yet established, it is said that children and adolescents appear to have an increased risk of suicidal attempts and ideations when under Fluoxetine treatment.

Besides that, combining Fluoxetine with other drugs or alcohol can worsen the adverse reactions, and can even lead to a Fluoxetine overdose. One should take caution and remember that mixing drugs is never a good idea.

Both genders can experience Prozac sexual side effects. Unfortunately, many of those taking antidepressants complain about low libido, having erectile dysfunction, or experiencing difficulties with having an orgasm. These Prozac sexual side effects possibly emerge because when serotonin levels increase, dopamine levels could reduce, and dopamine is the neurotransmitter responsible for arousal. This is how SSRI antidepressants can lower the sex drive.

The medication can also influence the person’s body mass – dome individuals are likely to gain weight which affects libido and self-confidence. Fluoxetine and weight loss combination is also possible.

The sexual side effects of Prozac are more common in men than women. Men taking antidepressants can experience a decrease in sexual desire, a decrease in arousal, or both at the same time. Unfortunately, for men taking Fluoxetine, erectile dysfunction is not uncommon. Because of the decreased sexual desire and the reduced arousal, men often find it difficult to get an erection. Some men have trouble maintaining one. In some cases, men who took Fluoxetine had difficulties reaching an orgasm.

Even though Fluoxetine side effects are more common in men, they are more potent in women. Women who take Fluoxetine are also more likely to notice a decrease in their arousal. They can also experience delayed lubrication. Usually, women on antidepressants can experience a delay or absence of orgasm. 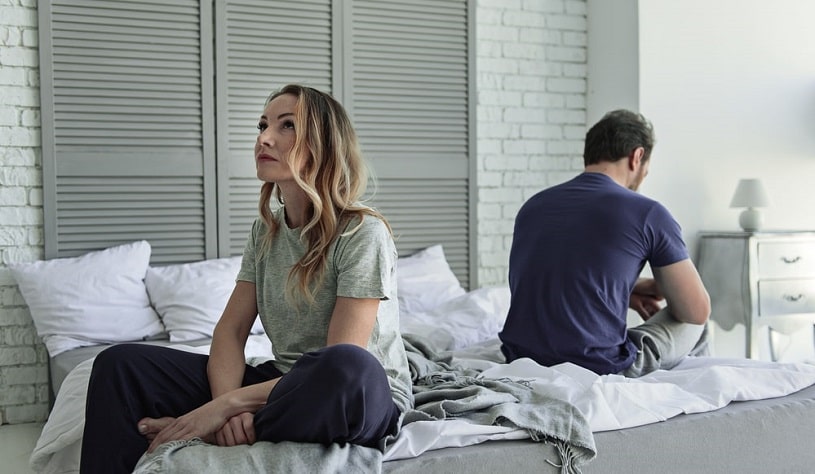 Long-term Side Effects of Fluoxetine

In 2016, Patient Preference and Adherence published a paper demonstrating the experiences of people who take antidepressants like Fluoxetine long-term. Generally, they claimed that they were less depressed but experienced specific adverse effects.

The Long-Term Dangers of Fluoxetine Include:

Because of the possible health and social harm they can bring, taking SSRIs has been considered a public health issue. It’s essential to understand how SSRIs affect the mind and the body, especially in the long term.

Dr. Ben Weinstein, a psychiatry professor at Baylor College of Medicine, states that there is lots of controversy in the global medical community about SSRIs’ long-term effects due to them being overused or overprescribed. Though this doesn’t mean doctors shouldn’t prescribe them, it’s essential to take their long-term effects more seriously.

A user who takes high doses of the medication for an extended period could experience seizures and heart rhythm abnormalities. Fluoxetine side effects connected to heart problems may be due to the typical weight gain that users experience. A study published in the Journal of Clinical Psychiatry demonstrates that long-term SSRI users, including Fluoxetine, are also at risk of developing Type 2 diabetes. The risk of diabetes among those aged 44 years and below is higher as compared to older adults.

Clinical and anecdotal reports also stated that some other long-term Fluoxetine side effects include an altered sense of smell, hearing, taste, food/drug intolerances, constant pain, visual problems, burning hands, feet, etc. Some of these symptoms are felt when a user stops taking Fluoxetine.

Upon taking SSRIs long-term, the brain’s neurotransmitters may get used to functioning in a specific way. It would then be hard for the brain to return to normal functioning, and when discontinued, the user may experience withdrawals of discontinuation syndrome.

Further withdrawal symptoms of Fluoxetine include disrupted sleep patterns, tremors, digestion issues, etc., that could go on for weeks or months.

Women of childbearing years often suffer from depressive disorder and other related disorders caused by several factors, including infertility or inability to conceive on time they wished to. Besides that, some women develop depression during pregnancy; others develop days or weeks after giving birth.

Prozac affects sex drive and fertility. However, the benefits usually outweigh the risks. Most often than not, health care providers consider extending Fluoxetine during pregnancy. In fact, no studies show any dangers with Prozac and pregnancy, which is contrary to some beliefs that the medication’s ingredients cause either congenital disabilities or even result in a miscarriage. 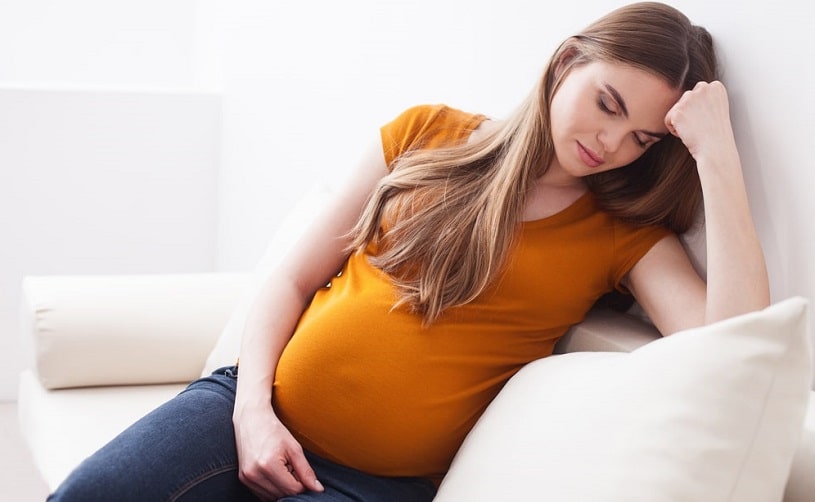 Always bear in mind that it has even more significant risks for pregnant women on Prozac to stop the treatment, including the high chances of miscarriage, preeclampsia, postpartum depression, or even suicide. For some women, before the start of the third trimester, the antidepressant dosage is usually tapered, but this does not apply to all. It still depends on the treatment regime of the health professionals.

Taking Prozac while breastfeeding is recommended for mothers who are struggling with postpartum depression. Although researches show an amount of Prozac ingredients found in breast milk, there is not enough evidence showing breastfed babies getting problems related to Fluoxetine.

A study done on the effects on babies whose mothers are taking antidepressants, including Prozac, during breastfeeding shows no significant differences between babies who are not exposed to Prozac. It has even mentioned in another study that untreated depression has significant effects on the child’s IQ.

Like all other drugs, antidepressants have their benefits but can also cause Fluoxetine side effects. Perhaps the most dangerous long-term reaction is an addiction that can develop in any patient. In such cases, a doctor can offer other options and consider the pros and cons of other antidepressant medications, like Prozac vs Zoloft.

If the addiction problem is not addressed on time, the situation can escalate and transform into a complex set of issues that are even more difficult to manage. As soon as the Prozac addiction is identified, help must be sought as a matter of urgency. Waiting or trying to deal with the issue alone can only lead to the problem worsening.

Several drug treatment strategies can be employed to help the person achieve successful recovery. These strategies use a multipronged approach to address the physical, psychological, and behavioral dependencies that come with the habit. Physical treatment therapies include medication to treat and manage withdrawal symptoms. Psychological therapies focus on breaking mental and psychological dependencies. Behavioral therapies address psychosocial issues surrounding the habit.

How does Prozac make you feel?

After being used, Prozac makes users feel more relaxed, less anxious, and generally more elated. These effects will, however, not be seen immediately after use. Instead, effects like increased anxiety and irritability are noticed. These stay until the body chemicals adjust to Prozac.

Do Prozac side effects go away?

Initial use of Prozac leads to the occasion of common adverse reactions like nausea development, diarrhea, fatigue, and inability to sleep, among others. These effects are often due to the new introduction of the drug to the body and its initial response. These symptoms usually wear off after the body is used to the drug.

Does Prozac make you sleepy?

Yes, as an SSRI, Prozac encourages users to sleep. Prozac should, however, be used in the long term before this effect can be observed as short-term use can impair sleep patterns. Overall, Prozac encourages and eases sleep but doesn’t make users sleepy in itself.

Does Prozac make you tired?

Fatigue is one of the common adverse effects of antidepressants like Fluoxetine. They cause fatigue as they make neurotransmitters like serotonin and norepinephrine linger in the spaces between the nerve cells, where they do their job of regulating the mood. To minimize this side effect, pop the pill during bedtime, take a nap during the day, or practice regular exercise. Also, avoid combining alcohol and Prozac and any medications that can be sedating so the fatigue won’t worsen.

Does Prozac cause heartburn?

Some Fluoxetine users experience heartburn, although this side effect is not widespread. Antidepressants work as muscle relaxants. Thus, they may relax even the lower esophageal sphincter LES, which eventually increases gastric acid secretion. To avoid Fluoxetine side effects like this, stay upright for around 20 minutes after taking Fluoxetine.