What Is Percocet Addiction? Learn Percocet Abuse Signs And Treatment

What is Percocet? This medication is a part of the group of prescribed painkillers, which are known as opioids. It is prescribed for patients who suffer from moderate to severe pain. Percocet is used typically after a severe injury or surgery. Morphine-based medicines should be consumed with extreme caution because Percocet can bring a sense of euphoric high, which gradually increases its abuse. Is Percocet addictive? Last few years, Percocet abuse has been widely witnessed. Its use among individuals using it for non-medical purposes has exploded. This made the drug illegally available, and it has a high street value for now. A paper published by the New York Times states that 78 people die every day just from opioid overdoses, and the abuse of these drugs is on the rise lately.

Understanding of Percocet Addiction and Abuse

According to a report in 2014 by the National Survey on Drug Use and Health, 7 million Americans battled with drug abuse disorder. To keep replicating a feeling of high, which was created after taking drugs like Percocet, the patient starts to seek more of this drug. Their body becomes used to the flood of dopamine over time as the patient continues to use these pills. It becomes their brain’s new normal condition as their system no longer sees it as an out-of-the-ordinary experience.
Due to a journal by the Clinical EEG and neuroscience, before the brain is fully developed (up to patient’s mid 20’s) addiction to drugs like Percocet, may increase the risk for addiction later in their life due to the potential influence on the developing brains.
These studies reveal some processes of Percocet drug addiction and show what encourages a patient to take even stronger alternatives to Percocet to get high.

Signs and Symptoms of Percocet Addiction

At the initial phase, Percocet side effects are not apparent to the casual observer and may not even be evident by the addict. A person can become addicted to this drug after 2 or 3 weeks as claimed by most healthcare professionals. The user’s tolerance to Percocet grow when the addict feels the need of more than the usual dosage to generate the same feelings.

Even if an individual has a legitimate prescription, signs that a patient is abusing the painkiller may be noted by its symptoms. When it comes to Percocet vs. oxycodone, these signs could also be indicated in patients abusing both drugs. Once the painkiller becomes an addiction, a patient tends to show behavior and physical changes which become visible to his surrounding. Some of them are listed below:
Behavioral Percocet Addiction Signs:

What Is Percocet Drug?

Percocet active ingredients are oxycodone and acetaminophen. This medicine has a profound effect on the brain’s chemistry, after reaching the brain, it binds to the opioid receptors when people consume it. It takes for Percocet to work up to 20 minutes. Then the brain triggers the release of endorphins which are responsible for making the patient feel good using the drug. People feel relaxed, and a general sense of well-being is achieved as opioids play a role in the brain’s reward center.
When it comes to alternatives, Percocet is stronger than Vicodin, in comparison to its counterparts.

How Long Does the Effect Last?

Knowing how long Percocet stays in a patient’s system is very important when handling Percocet addiction. As reported, the pain-relieving effect of medicine lasts for several hours. In most people, it occurs within 20 to 30 minutes. In the first 30 – 60  minutes after consuming it, most people experience the peak of Percocet action.
According to the half-life of the components, this painkiller lasts in the body for up to 24 hours, but still be visible for the drug test for up to 90 days.

Percocet dosage is available in 5 strengths, these include:

The most widely prescribed pill is Percocet 5 for moderate pains and Percocet 10 for severe pains.

The dosage of this drug must be considered carefully. A patient needs to discuss with a doctor the pre-existing conditions if they have an urge to increase the dose of this drug. Patients who overdose on Percocet experience signs such as:

Visit a doctor immediately, in case of overdose to get professional treatment and minimize the risks of overdose.

Using It With Other Substances 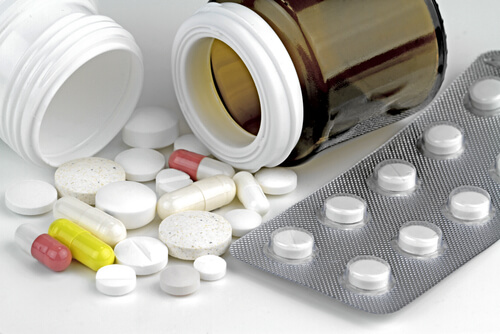 Percocet and alcohol should never be mixed as it may worsen the health condition. This mix can cause mild symptoms like constipation, as well as life-threatening like Alcohol-acetaminophen syndrome, heart colon cancer, heart attack, and even death.
Mixing weed and Percocet is also addictive. A person who seeks out to the effects of a particular drug or combination of drugs is referred to be psychologically addicted. Regular users of Percocet may experience depression without the medication. The reason for that is the ability of these drugs to alter the reward center of the brain over time. Regular mixing with weed is likely to develop a dependence on the combination of these substances.
A patient should also be careful about taking other drugs during the painkiller medication. Percocet and Xanax can interact badly with each other. Also, the patient should stay away from neuropathy drugs like Tramadol and even OTC medicines like St. James Wort.

To break-free from Percocet addiction, it is essential to choose the right treatment solution. Percocet addiction treatment includes the use of medications, behavioral therapy and continuous screening of mental and physical conditions. These treatments are immensely beneficial for a drug-addicted person.

How to Handle the Detoxification Process?

Depending on the severity of the patient’s addiction, detoxification from Percocet drug can last for a long time. It can also be very unpleasant too. It is highly recommended to look for professional help or rehab while undergoing the detox process though it is not fatal. Comparing Percocet vs. Norco, the detox process in Percocet is far more complicated than that of Norco. During the process, patients could experience:

In the time of the drug detox, there are many clinics which assist the patient in the detox process. Everyone involved can be rest assured of a safe and well-managed detox process with a team of highly trained professionals to guide the patient through the process.

Medications which are prescribed might eventually help them to quit and recover from this addiction. These Medications include Buprenorphine or Methadone. These two medicines have proven to be effective in handling Percocet addiction. 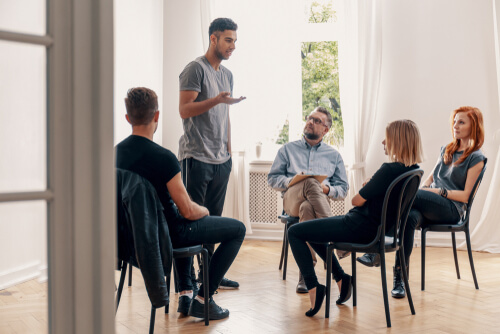 It is often considered a lifetime process when it comes to the recovery from this drug addiction. A patient may need to undergo a period of consultation about the drug while preparing for detoxification. During the process, the status of the patient regarding the addiction can be assessed, and the patient will be evaluated entirely. Professional care is crucial for people who need special conditions; for example, women who are taking Percocet during pregnancy.
Group therapy might be conducted in a clinical, rehabilitation setting, or the community through organizations such as Narcotics Anonymous.
To determine the most effective long-term recovery treatment, the patient should try all the possible solutions.

Living with a painkiller addiction is nothing less but stressful. It seems quite difficult when it comes to detoxification of the body and experiencing Percocet withdrawal symptoms. It might be even more challenging to stay clean and drug-free for the rest of life. If someone is suffering from this form of addiction, they should be audible about it and talk to close friends and family about their problems. They should consider going into drug rehab centers to help them handle their addiction. Professional and qualified personnel helps patients to stay drug-free.