How Long Does Alcohol Stay in Your System? When Do You Sober Up?

Each person metabolizes alcohol differently. Several factors can affect how long alcohol stays in the system and how soon a person can become sober. How a person reacts to a drink is affected by differences in metabolism and ethanol tolerance.

This article will discuss how long alcohol stays in your urine, blood, hair, and saliva. It will cover how an alcohol test works, how long alcohol lasts in the body, when drinking becomes an alcoholism problem, and how to get help.

People break down ethanol at different rates. The rate depends on several factors that result in individual differences in alcohol reaction, absorption, and excretion times. 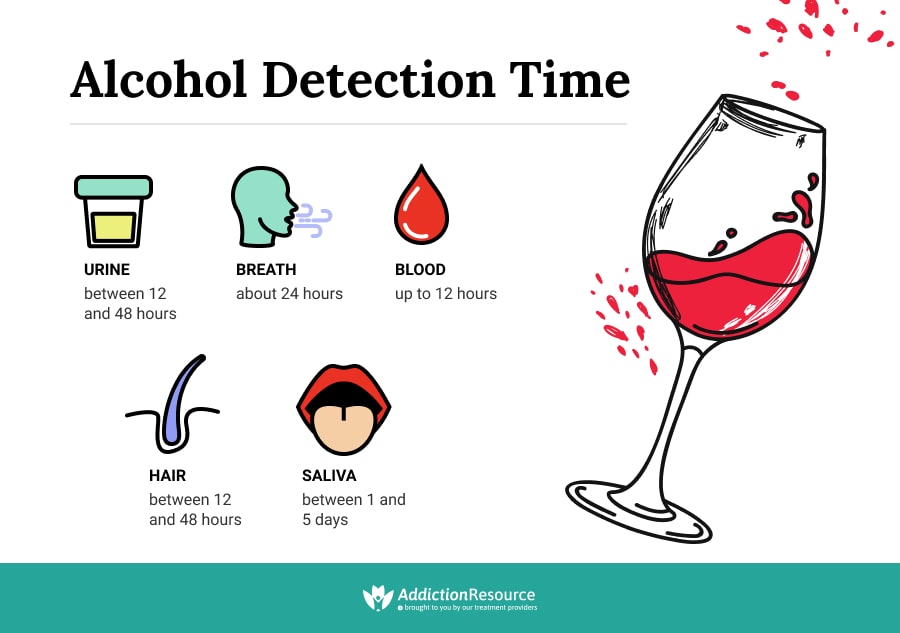 How Long Does Alcohol Stay in Your System?

There are many reasons why one would care to know. The essential thing to keep in mind is that an alcohol test can be done on different specimens taken from the body. Detection windows differ across different samples. How long does alcohol stay in your urine, blood, and other testing methods?

Testing for Blood Alcohol Content (BAC) is the most accurate way of measuring the substance level in the body system. Ethanol can be accurately detected in blood between 6 and 12 hours following the last drink. It can show if a person was intoxicated at an exact time, such as following a road accident or a DUI arrest.

In the US, a level of 0.08 is considered, legally, as the threshold to indicate that a person is intoxicated. When BAC is above .40, a person is considered to be at risk of dying or falling into a coma.

Since a blood test involves extraction and takes longer to collect and analyze, a breath analyzer is usually used in its place. There are automatic and manual meters, and the best way to use each one is by following the manufacturer’s instructions closely.

The breathalizer will be able to detect ethanol in the system after at least 15 minutes from the time of ingestion. This device will often be equipped with bands that estimate the amount present in the body. When two bands light up, that indicates BAC ranging between .05 and .10%.

Although the legal definition of intoxicated is .08, some drivers have impaired senses and cannot drive at these levels. Thus, it is illegal for persons who have .02 levels to drive. 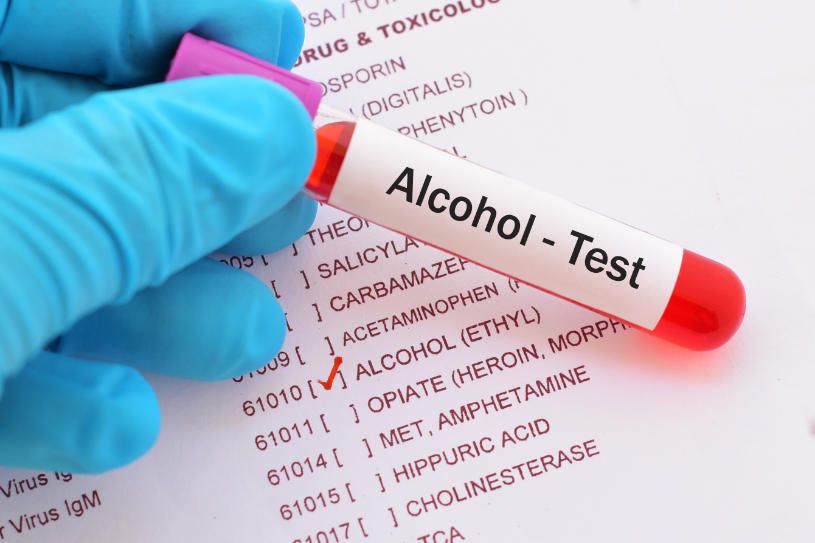 How long does alcohol stay in your urine? It can be detected in the urine between 12 hours up to 48 hours from taking the last drink.

More modern testing instruments can detect ethanol metabolites in urine for up to 80 hours since taking the last sip. Its viability for establishing BAC is also affected by how much was taken.

Ethanol can be detected in a hair test up to 90 days after the last drink. However, hair tests are relatively more expensive and tedious than the other tests.

A saliva sample can be taken to check for ethanol between 24 and 48 hours after taking the last drink.

Alcohol half-life falls between 4 and 5 hours. People break down ethanol at different rates. The rate depends on several factors that result in individual differences in alcohol reaction, absorption, and excretion times.

How long does alcohol stay in your system? The liver processes most of the ethanol people drink. On average, every person can metabolize one standard drink per hour. An excess in the system is what causes drunkenness. High concentrations in the blood may take several hours to level off and for a person to sober up. 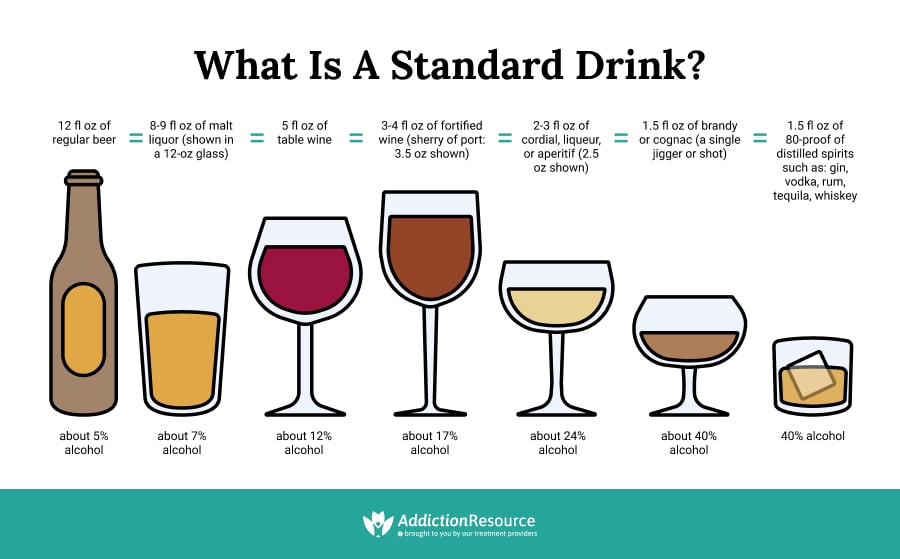 Ethanol is absorbed directly into the bloodstream. When people drink, ethanol enters their bodies. Different enzymes are responsible for breaking it down into by-products, the most notable ones being acetaldehyde which the body further breaks down into acetate.

Acetaldehyde is highly toxic and has been identified as a carcinogen. Studies have demonstrated this by-product to be responsible for many of the signs of intoxication. That includes loss of coordination, sleepiness, as well as the memory, and cognitive impairment.

Acetaldehyde stays intact for a relatively short time before it is further broken down. However, when it is formed and broken down, it gets transported to different parts of the body, where it causes multiple adverse impacts.

The process just described is the so-called oxidative pathway. A second pathway is non-oxidative. In general, this pathway is less effective in breaking down ethanol. As a result, it accumulates in the body in its semi-degraded forms.

The body needs time to eliminate alcohol from the body completely. The alcohol half-life indicates how much time intoxication will endure.

Each person will react to booze in different ways. Some people can metabolize ethanol faster, while others take longer to get alcohol out of their system. These affect how long it shows up in an alcohol test, and some factors affect these responses. Some of these factors are listed below:

The more important part is to consider how much drink was ingested over a given period. The higher the volume consumed per unit of time, the more likely it will stay longer in a body system.

Women are more likely to be intoxicated than men. Several factors such as body fat percentage, gastric absorption, and other genetic factors may influence these differences.

Women also have less water inside their bodies to dilute booze, so the BAC shoots up more quickly. Moreover, women produce lower levels of the enzymes used by the body to break down ethanol. Otherwise, it tends to be stored inside the body.

These factors do not have anything to do with altering alcohol half-life that remains the same whoever is taking it. Instead, it affects the rate at which an intoxicating concentration in the body is reached.

People who weight more or who have larger builds tend to build up ethanol in their bodies. Although, it takes them longer to reach their threshold level for intoxication.

How long it takes to sober up is also affected by these factors. The greater the weight and build, the faster the concentration of ethanol in the system is diluted and subside its effects.

Certain medical conditions may also affect how long alcohol lasts inside the body. In some cases, a person’s medical history may also affect the rate at which the body absorbs it.

In a study conducted among morbidly obese adults in the US, the researchers observed that it took longer for subjects who have undergone bariatric surgery or gastric bypass to become intoxicated with alcohol. Those in the control group who also had some extra weight but have not undergone gastric bypass became intoxicated sooner. 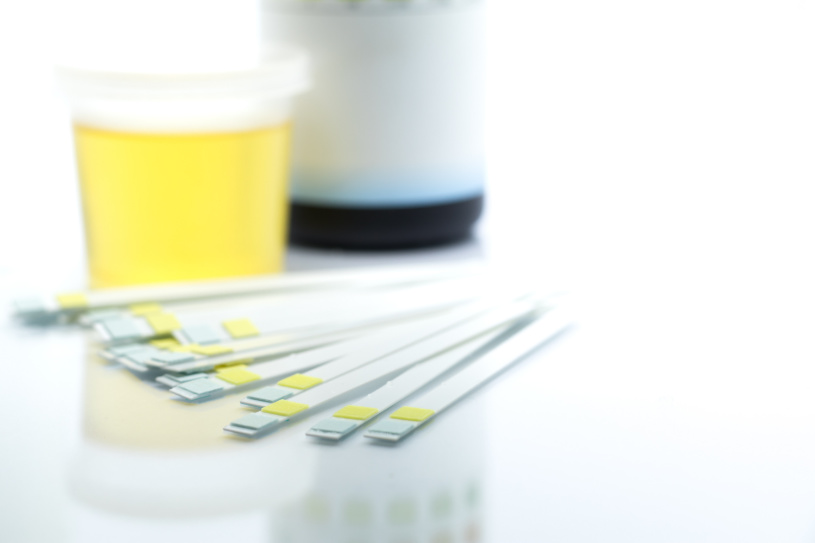 Ethanol may react to certain drugs and food in the diet. In general, it should never be mixed with any form of medication. Ethanol can intensify the sedative effect of drugs such as the following:

It is not advisable to mix drinks with fermented foods and diuretics such as coffee and tea. Fermented food may intensify the intoxication that can be caused by drinking. Diuretics, on the other hand, dehydrate the body. Less water in the body means that a higher BAC can be reached sooner.

How Long Does it Take for Alcohol to Leave Your System?

How long does alcohol last? This is where a combination of individual and environmental factors will come into play. Getting sober is different between people, even if they both had the same kind and amount of alcohol over the same length of time.

How Fast Can You Sober Up?

The body needs time to eliminate it from the body completely. The alcohol half-life indicates how much time intoxication will endure. It’s also reasonably constant. There is nothing one can do to speed up the process but, there are ways one can support their bodies when experiencing a hangover:

25.8% of people 18 and older in the US reported binge drinking in the past month following a survey by the Substance Abuse and Mental Health Services (SAMHSA) conducted in 2019. Alcohol-related cases referred to hospital emergency departments spiked to 47% in 2014 vs. 2006 figures.

Watch Out for Tell-Tale Signs and Symptoms When a Loved One who’s Had Too Much to Drink Might Need Professional Help:

Common alcohol intoxication can lead to addiction and severe health risks. Get professional treatment when substance dependence is suspected. It is the safest, most effective way of staying sober for good.