Addiction Resource » Drugs of Abuse » Over The Counter Drugs

The US Food and Drug Administration (US FDA) has approved several over-the-counter (OTC) drugs, such as muscle relaxers, based on their safety profile. Therefore, this means that over-the-counter medications do not pose significant health risks. As a result, one can take them without the direct supervision of a healthcare professional. In 2015, it was reported that around 81% of adults in the United States use OTC medicines for minor ailments. Additionally, the availability of OTC medicines provides symptomatic relief for an estimated 60 million people. Nonetheless, certain over-the-counter drugs have mind-altering effects and can result in substance abuse. Although the following medications can be bought without a prescription, using them for non-medical purposes poses a range of dangers and is considered to be abuse. 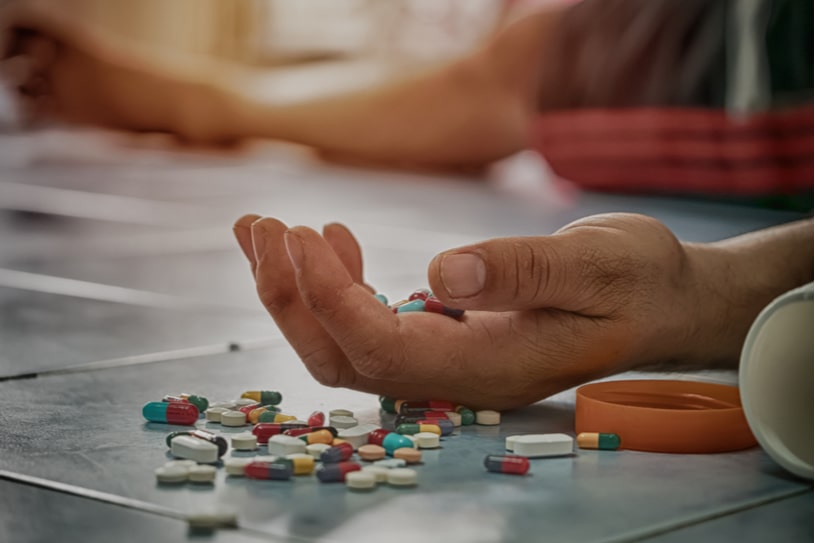 What Are Over-The-Counter Drugs?

Over-the-counter drugs are medications users can purchase without a doctor’s prescription. Hence, they are also called non-prescription drugs. According to the FDA, when someone takes over-the-counter medications following the instructions of medical doctors, these drugs are safe and effective, and the chances of over-the-counter drug abuse are very low. However, with irrational use, such as when combined with alcohol, the chance they end up abusing them and finally becoming addicted is very high. Consistent with the study of pharmacologists from Germany, it was reported that 143 out of 266 patients who self-medicated on over-the-counter medications experienced adverse drug reactions (ADRs). These ADRs are most prominent in men ages 60-69 years old and women ages 70-79 years old.

The following list contains some commonly abused OTC drugs that may lead to addiction:

The fact such medications can be bought over-the-counter does not mean that they are less addictive or have fewer side effects than controlled substances when misused. Do not use these medicines for non-medical purposes and do not change the recommended dosage or the route of administration.

Patients are also advised not to take these OTC medications with alcohol to avoid other health dangers.

Some of the physical side effects of over-the-counter medications include:

In case any of these side effects occur, contact medical care as soon as possible. Additionally, take note that the side effects of over-the-counter drug abuse and misuse are dose-dependent. For example, the US Drug Enforcement Administration provided the term “plateau of abuse” to the dextromethorphan drug. Here, taking a dose of 100-200 mg of DXM causes mild stimulation while taking 200-400 mg causes euphoria and hallucinations. Lastly, taking 300 mg and above causes distorted visual perceptions, loss of motor coordination, and out-of-body sensations.

Other psychological effects of over-the-counter drug abuse include:

The severity of over-the-counter drug abuse side effects can also be increased because of drug-drug interactions. For example, in a study published in the Journal of American Geriatrics Society, patients who took aspirin with other drugs and substances like alcohol experienced accidental hypothermia. If this interaction occurs, contact medical care as soon as possible. Since a lot of patients buy over-the-counter medications without going for a medical check-up beforehand, they are not aware of the interactions.

To avoid risky interactions, patients should seek information from the pharmacists. The latter, on the other hand, plays a big role in this issue. To avoid unwanted drug-drug interactions, pharmacists and other pharmacy staff can help patients by providing medication counseling.

There are drug effects on the heart, and in terms of OTC drugs, based on the report of pharmacists from Lebanon, the most commonly used ones that affect the heart include vitamins (37.3%), laxatives (17%), minerals (13.6%), stomach acid reducers (9%), and analgesics (3.6%). In another report from cardiologists from the USA, these patients who used these OTC products were admitted to cardiovascular units because of hemorrhagic death, nonfatal myocardial infarction, and nonfatal stroke.

Effects of OTC Drugs on the Kidney

Many drugs can affect the kidney and the OTC medications are also one of the culprits. Based on a study by a nephrologist from Maryland, the most common type of OTC substance that can affect the kidney is the NSAIDs, specifically, analgesics. In this study, it was reported that NSAIDs can cause fluid and electrolyte disturbances, acute renal failure, and acute interstitial nephritis. In the case of OTC drug abuse, this can lead to irreversible kidney damage, especially when taken with alcohol.

OTC Drug Effects on the Liver

There are also drug effects on the liver. For example, patients taking acetaminophen or painkillers with alcohol can experience toxic liver disease. Based on a study of researchers from Brazil, it was reported that self-medicating on OTC drugs can cause acute liver failure. Additionally, the most common OTC drugs that affect the liver include herbal medicines and acetaminophen, with the latter accounting for 42% of all cases of acute liver failure.

OTC drug addiction and abuse are possible. Based on the report from the Substance Abuse and Mental Health Services Administration, around 3.1 million individuals, ages 12-25, in the United States abuse cough and cold medications to get high. In another study published in the Egyptian Journal of Forensic Sciences, the abuse of the OTC substance dextromethorphan is growing day by day. In this study, it was reported that 9 males from Pakistan died due to dextromethorphan abuse. These patients purposely ingested large doses of the substance for recreational purposes and died as a result of its toxic effects. Because of this, in May 2005, the FDA issued a warning regarding the dangers of abusing DXM. In this section, the signs and symptoms of OTC drug abuse, who is most at risk of over-the-counter drug addiction, and the dangers of OTC medication abuse and addiction will be provided.

It is important to know the signs and symptoms of OTC medication abuse as these drugs do not show the same obvious images as illicit drugs. As cited in the American Family Physician, the most common sign and symptom of OTC drug abuse is tachycardia.

Other physical signs and symptoms of OTC medication abuse include:

Patients presenting any of these signs should seek and contact medical care as soon as possible to avoid other unwanted health events. These patients can consider addiction treatment to wean off these medications safely.

Furthermore, aside from the physical signs and symptoms of OTC drug abuse, there are also psychological ones. Some of these include the following:

In case any of these signs are seen in a patient abusing OTC medications, contact medical care as soon as possible. If no prompt help is given to a patient abusing over-the-counter narcotics or any other drugs, this could lead to dependence. Eventually, when there is already dependence on these over-the-counter narcotics, weaning off these drugs is harder and can lead to withdrawal syndrome. In case this happens, a patient may consider a rehab center. In these resources, effective and safe addiction treatment will be given.

Who Is Most At Risk Of OTC Drug Addiction And Abuse?

The abuse and addiction of over-the-counter narcotics can happen to anyone misusing these OTC drugs. Based on a study published in the European Journal of Clinical Pharmacology, women are most at risk of over-the-counter drug addiction and abuse. In this study, the prevalence rate of OTC use is higher in women (52.0%) than in men (40.8%). In one report from the Utah Poison Control Center, there has been a 30% increase in the admission of patients to a drug treatment center for OTC drug abuse and these patients are teenagers (6-19years old). Also from the Utah Poison Control Center, it was reported that 65% of these cases happen at home and 10% at school.

Aside from dependence and withdrawal, there are other dangers of using OTC drugs. Based on the study of researchers from the United Kingdom, it was reported that the prevalence rate of OTC-drug-related overdoses is 40.1%. Those who overdosed on these medications are mostly females (62.3%). Also, in this study, it was mentioned that these overdoses are intentional.

Other dangers of over-the-counter drug addiction and abuse include:

In case of overdose, it is important to contact 911 or the poison center as soon as possible. Because of these health dangers, everyone is encouraged to use OTC medications such as OTC stimulants appropriately. It is also advised to seek information from a medical doctor or any healthcare professional in case patients wish to take OTC medications. Doing this will avoid dangerous drug-drug interactions and the risk of overdose. 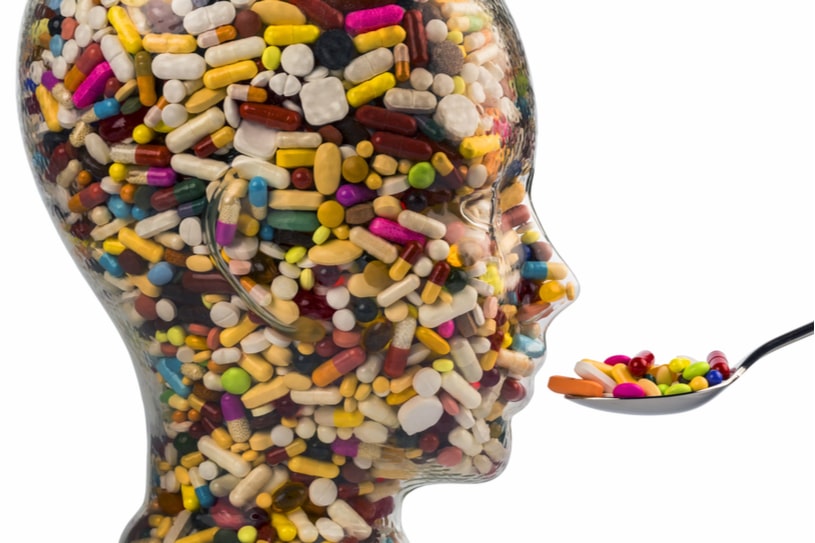 Taking over-the-counter drugs such as OTC stimulants might help address minor ailments. Since these drugs are approved by the FDA to be safe to use, there are still some dangerous effects on the health, especially on the heart, kidneys, and liver. Aside from these, the possibility of over-the-counter drug addiction can occur.

In the case of OTC medication abuse and addiction, there is Cognitive Behavioral Therapy that can help patients to be successful in getting sober from abused OTC drugs. However, detoxification from addictive over-the-counter drugs is the first step. Those who want to get sober from abused OTC drugs can consider detoxifying using medications, drinks, and drug detox kits. Additionally, pregnant women who want to wean off the abused OTC drugs can undergo detoxification. Take note that this detox, when done correctly, can prevent withdrawal syndrome. Furthermore, there are also inpatient rehab centers and outpatient rehab centers that can be considered. In these resources, patients will be given rehab programs and a relapse prevention plan. Lastly, after undergoing drug rehabilitation, patients can also consider sober living homes or having sober companions. These two are of great help for successful OTC drug addiction recovery.