What is Prozac? A Guide to Dangers of Fluoxetine Abuse

Prozac is probably the most popular antidepressant in the world. Unfortunately, some of those who use this medicine become addicted to it. Prozac addiction can have unpleasant consequences on one’s life. The following guide will help to identify and treat this fixation. 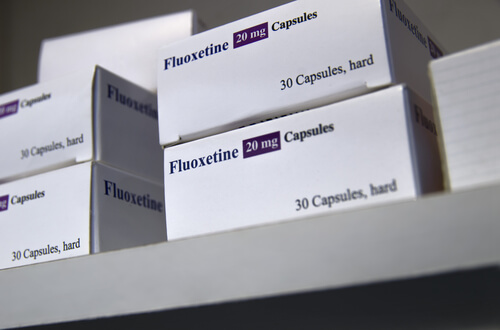 rozac is the most popular Fluoxetine brand name. Fluoxetine HCl is a molecule that acts as a selective serotonin reuptake inhibitor (SSRI) antidepressant. This substance alters the proportions of some chemicals in the brain that might be unbalanced in those who suffer from anxiety, depression, obsessive-compulsive disorders, or panic attacks.
Anxiety relief and a sense of calm are usually characteristics that define Prozac administration.

What is Prozac Used For?

When users take Prozac, anxiety sufferers feel more relaxed, and they also experience an improvement in their sleep and appetite, as well as an improved ability to focus. Physicians usually prescribe Prozac to treat obsessive-compulsive disorders, severe depressive disorders, and eating disorders such as Bulimia Nervosa. Fluoxetine can also be useful in the treatment of bipolar disorder, postpartum depression and depression during pregnancy and breastfeeding, menopause, and anorexia. In rare cases, the medicine can be used to help treat cataplexy, obesity, and binge eating disorder.

Even though SSRI are popular antidepressants, they have their fair share of controversy:

Is Prozac Addictive? How To Identify The Signs Of Fluoxetine Addiction

Fluoxetine is not chemically addictive. This means that using Prozac every other day is not habit-forming, which is the main reason why the medication is not a controlled substance.

Even though Prozac medication is not addictive chemically, many users can suffer from a psychological addiction to it.

The Onset Of Fluoxetine Addiction

It takes a while until the Fluoxetine starts to produce its therapeutic benefits. But the medicine’s adverse effects will start affecting the user immediately. FDA Medication Guide on Prozac provides a full list of possible side effects and adverse reactions. This can lead to an unpleasant sensation that Fluoxetine is actually doing more harm than good. During this period, the patient might become distressed and act irrationally. However, once the therapeutic effects start working, the user can consider that the medicine can fix both the side effects and the user’s medical condition, assuming it’s more effective than it actually is.
As antidepressant Fluoxetine will promote a sense of calm and relaxation. Moreover, the substance will improve the user’s sleep, eating habits, and focus. This can make the user feel as if they need to take the drug in order to sleep well or to concentrate. Some people make a connection between Prozac and weight loss. These users experience a decrease in appetite while using Fluoxetine. They believe that taking the pill helps them lose weight, so they continue doing so.

All these factors can lead to a psychological Prozac addiction. The following signs usually indicate an ongoing dependence. 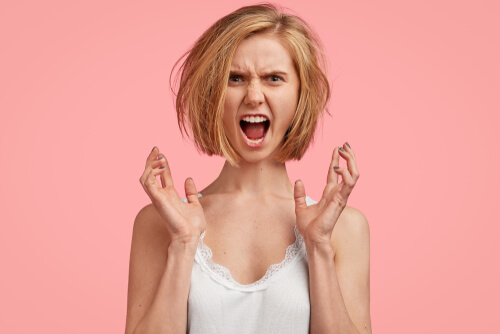 A psychological dependence of antidepressants can also manifest as:

A person might also experience the side effects Prozac abuse produces: 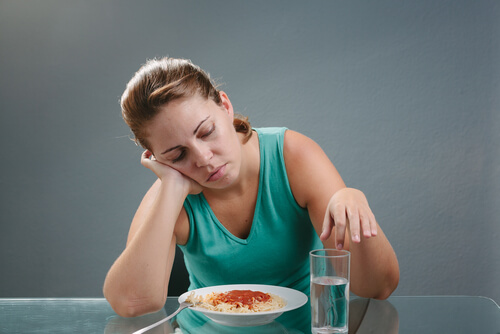 Those who start experiencing these effects usually suffer a social fallout. This could mean:

How Many People Suffer From Fluoxetine Addiction?

It’s estimated that more than 15 million people abuse prescription drugs in the US alone. Physicians have prescribed Prozac at least 33,000,000 times, and almost one in four women aged 40 – 60 is taking an antidepressant similar to it.
Fluoxetine is not a controlled substance, so it’s difficult to discover statistical Prozac facts and how many people are abusing it. Since it’s not commonly used for recreational purposes, the Prozac drug trafficking is non-existing.
However, those who are psychologically addicted to the substance can experience Fluoxetine withdrawal symptoms once they stop using it. However, it is technically considered an “antidepressant discontinuation syndrome” rather than addiction.

Fluoxetine is an effective antidepressant, and it’s usually the first choice of many physicians. Unfortunately, people who abuse the substance can become addicted to it. Prozac addiction treatment is necessary if someone experiences withdrawal symptoms or in case of Fluoxetine overdose. Specialized treatment facilities can explain how to stop taking Prozac for good and remove it from the system. Using advanced treatment methods, including using a Prozac placebo or cognitive behavioral therapies, these facilities will help to overcome the withdrawal symptoms in comfort.
If a loved one suffer from Prozac addiction or from withdrawal symptoms as a result of giving up fluoxetine and would like to receive more information about specialized rehab and addiction centers, call our 24-hour hotline at (888)-459-5511 to talk to an informed representative.