Drug Tests 101 – What Everyone Should Know About Screening 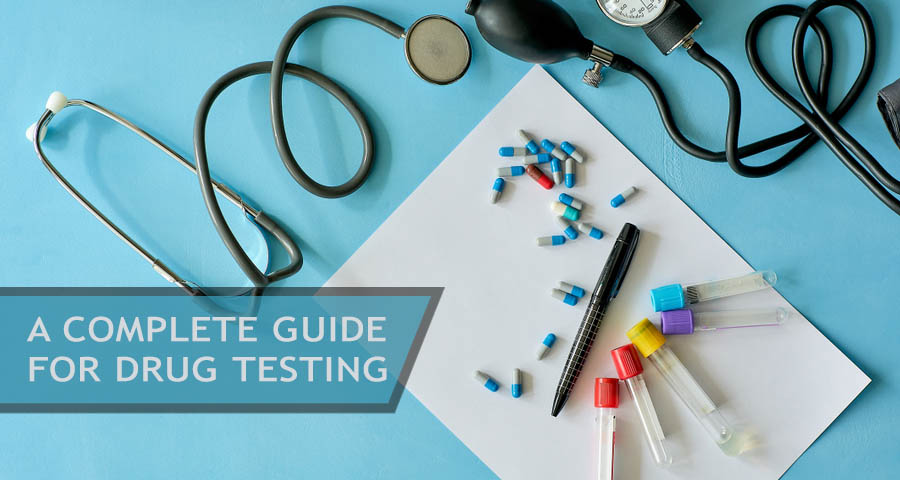 A drug test, sometimes also referred to as drug screening, is any test administered for the technical analysis of biological specimen of human body (such as blood, urine, saliva, hair, sweat etc.), in order to detect the presence, or in some cases any prior use, of illicit parent drugs or their metabolites. A metabolite is basically the inactive metabolized form of a parent drug.
The drugs someone did last night, at the weekend party, or even on last New Year’s eve – they can all be in the system, be it blood, urine, saliva, or even hair, waiting to be detected either by the government, employer, or parents when they use drug testing kits for home use.

Drug tests are used to detect the use of illicit drugs in job applicants, athletes, criminal offenders, participants of drug rehabilitation programs, and others. If illicit drugs are detected, the person usually endures some sort of consequence.
Knowledge is power. The more one learns about drug tests, the better their chances are to get prepared to it, so let’s get started.
Only a few decades ago, the human body was shielded from the outside world just like a well-built fortress, and detecting what’s inside it was nearly impossible. Fortunately, recent advances in science have given birth to sophisticated drug testing.

There is a wide variety of drug tests which can be divided into two major categories: doing drug testing at home and professional drug testing done by a qualified expert, usually in a sophisticated facility.

Several drug tests, such as urine test or saliva/oral fluid tests can be easily done at home. All one needs to do is buy one of the home drug test kits available as over-the-counter strips, collect a sample of urine or saliva, dip the strip in the urine/saliva for the specified amount of time, and view the reading. These strips are available online as well as in stores, are fairly easy to use, and come with detailed directions. However, results from cheap drug test kits can usually be misleading and incorrect. Even if a person uses a high-quality kit, there are several external factors that can impact the results of the test, unless they do a lot of research, have some working knowledge of testing, and are very careful in their approach.

Home drug testing kits can provide accurate results if they are done very carefully. However, home drug testing kits, especially cheap ones, have the potential to be misleading or inaccurate considering there are a number of external factors that can affect the test’s results that someone doing the test at home may not know about.

To realize the popularity of the urinalysis, consider this fact: 90% of the 55 million drug tests performed last year were urine tests. Because the majority of the drug is already metabolized, the urine test, instead of detecting illicit parent drugs, tries to detect the presence of non-psychoactive drug metabolites. For example, marijuana’s primary metabolite is THC-COOH which is fat soluble and can be detected in urine for up to two weeks. Urine testing, despite its popularity, is believed to be the easiest of all tests to beat.

A blood test is the most invasive and the most accurate form of drug testing. Unlike the urine test, a blood test actually detects the presence of parent drugs and not their metabolites because most substances, such as nicotine and marijuana, are quickly absorbed by the bloodstream and are easily detectable. Since blood tests are the most expensive type of tests, they are less common and are only administered if a lot of money or the law is in question. It should be noted that most drugs do not stay in bloodstream for too long. For example, marijuana generally becomes undetectable by blood tests after a few hours of use, but in chronic users it can stay detectable for more than 24 hours.

Saliva testing for drugs is administered to detect the presence of parent drugs. It’s less invasive than the urine test and less expensive than the blood test, however it’s accuracy can be questionable if not done right. For instance, very small amounts of THC from marijuana, or nicotine from tobacco, are released into the saliva. Therefore the detection window for drugs via a saliva test is very small – generally just a few hours after use. However, some drugs enter oral fluid through diffusion from the bloodstream and can be detectable for longer periods. The ease of use and low cost are the key factors which makes the saliva test a popular testing method.

Commonly used by labs and for research purposes, hair follicle testing is very hard to beat but can be the least accurate approach for several reasons. The test tries to detect the presence of drug metabolites diffused from the bloodstream into the follicle. The hair test can offer data like no other test can, including not only the presence of drugs but the patterns of drug use. For example, if someone used a drug, then abstained for a certain amount of time, and then used it again, the hair follicle test will reveal this data.
With the hair follicle test, contamination from the subject’s surroundings is a major issue. Even the smallest amount of a powder or smoke can attach to the hair, and could result in a false-positive test result. While some renowned laboratories try to dismiss this claim, many experts believe that dark hair acts as a stronger magnet for contaminants compared to white hair, making people with dark hair more prone to false-positive results.

What is the most common type of drug test?

The most common type of drug test is the urine test, or urinalysis. Of the 55 million drug tests which were administered in 2015, 90 percent of them were urine analyses. A urine analysis is much cheaper than other tests and tends to have a longer detection time compared to tests conducted with blood or saliva samples.

Accuracy and Reliability of Drug Tests

Drug testing can be accurate if done properly, but the results can be extremely misleading. The accuracy depends largely on the standards for sample collection, whether the collection was performed inside the detection window of the drug, and whether it was a random drug test or the subject had prior knowledge of the testing.
The accuracy of drug testing results depends on how strictly the specimen was collected. For instance, when urine is collected, its temperature should be between 96 and 99 degrees. Otherwise, the subject might have contaminated their urine and the results may be inaccurate.
It’s important to remember that drugs can have different detection window depending on the test. Specimen collected too soon or too late will not provide accurate results. For example, most drugs can appear in blood stream very quickly but also leave the system shortly after the use. Likewise, oral fluid testing is most accurate when administered immediately after drug use. On the other hand, the same substances will take some time to be metabolized in the body and appear in the urine test.
The random drug testing of subjects or not giving them knowledge of the test in advance generally does not give the subject the opportunity to abstain from using drugs and producing a negative result on the drug test.

What are the major applications of drug testing? Drug testing is on a decline in the United States, because an increasing number of employers believe that there is little benefit for the required cost and hassle. The government as well as drug-test industry have insisted for years that proper drug screening will ensure safety and enhance productivity. However, the rate of drug testing has dropped from 81% in 1996 to 62% in 2004. The most prolific drug tester in the United States is the federal government, subjecting 400,000 employees to drug tests. However, there are several other scenarios where drug tests may be administered: