Dangers of Illicit Drugs, Their Effects and Treatment Options

Illicit drugs, such as marijuana, are any drugs that are illegal to either manufacture, distribute, or use. Drugs or substances that fall under this category might not be legally manufactured or sold, even as prescription medication, as no special licenses exist for this purpose. This also applies to illicit drug use. While in some cases prescription medication can be restricted for use only under medical supervision, illegal drugs cannot be administered in this way as they are illegal for use even by medical professionals.

In 2018, the prevalence rate of illicit drug use for 12 years old above in the United States is 11.7%. To define illicit drugs, various drug regulation and enforcement agencies, including the DEA, CDC, and FDA classify such drugs in a manner that prohibits and outlaws their manufacture, sale, or use. A person dealing with any drug thus classified should be aware that they are operating outside of the law and exposing themselves to the dangers of using illicit drugs.

In this article, information about the types of illegal drugs, effects and signs of illicit drugs addiction and abuse, illicit drug overdose, and how to treat illicit drug addiction will be provided.

What Are Illicit Drugs?

Licit drugs are substances that can, by law, be manufactured, distributed, and consumed. When a person walks into a drug store and buys some aspirin or Tylenol, it is because these drugs have not been classified as illegal drugs. So, what are illicit drugs, and why are drugs illegal, then? An illegal substance has been classified by law as illicit. In the US, this codification is sanctioned by The Controlled Substances Act, which establishes explicitly which drugs are to be considered illicit.

The law, abbreviated as CSA, categorizes all substances that were in some way controlled by existing federal laws into five Schedules. The law further provides for some mechanisms for controlling how various drugs are categorized by allowing them to be moved from one schedule to another. This provides a way of ensuring drugs are either properly classified within the five schedules or decontrolled. Decontrolled drugs are those that are no longer classified as restricted substances. All illicit drugs or illegal narcotics are in the V Schedule spectrum.

There are different types of illegal drugs and each of these substances is administered differently. Based on the report of the National Institute on Drug Abuse, there is an opioid crisis today and the most frequently abused types of drugs are opioids. Moreover, 4-6% of the people who misuse these opioids shift to heroin.

Some of the types of illegal drugs include:

Some may wonder, why are drugs illegal? To answer, just like when people abuse alcohol and tobacco, it is important for those who abuse these drugs to understand that health dangers await. Therefore, these drugs should be avoided at all times.

In case one has become addicted to these substances, resources such as rehabilitation centers could be of great help.

Illicit drug abuse carries with it several side effects, as well as criminal prosecution, that affect the user both in the short term and long term. While the effects of illegal drugs are as broad as the types of substances that constitute the category, some general side effects cut across all illegal drugs. For a person with illegal drug addiction, understanding the possible side effects of using these substances can act as a deterrent to continuing taking them. For a person who may have once taken an illicit drug, these side effects can work as a warning sign to not go down that road again. In this section, information about the physical and mental effects of illicit drugs will be provided.

Based on the study of healthcare professionals from California, the use of all illegal drugs and substances like alcohol can lead to accidental injury. Consistent with the report from the University of Michigan, the leading cause of accidental death and injury is caused by substance abuse, followed by physical or sexual violence. These two are both present in adolescent and adult users.

Other physical effects of illicit drugs addiction include:

Aside from these, cancers can also be experienced. Based on the report of researchers from Oregon, those who smoke marijuana are more at risk of lung cancer. For those with other substance use disorders like alcohol use, seeking help through Alcohol Anonymous meetings would be of great help.

Aside from physical effects, there are also psychological ones. Based on the report of psychologists from Massachusetts, substance use disorder is one of the significant factors for suicidal ideation or behaviors.

Other mental effects of illicit drugs addiction include:

Looking at these effects, it is safe to say that the use of illicit drugs comes with long-term effects that are detrimental to health. Patients who want to safely recover from illicit drug addiction might consider addiction treatment at rehabilitation centers. 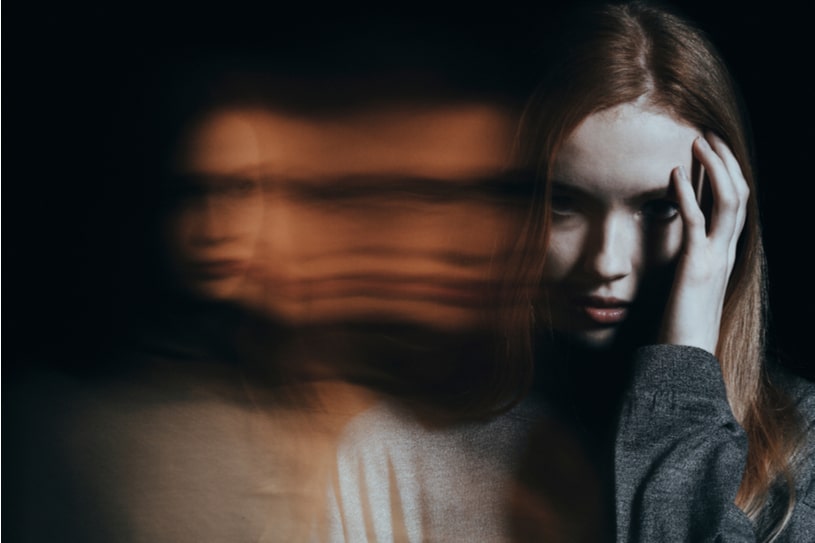 In the United States, illegal drug use affects 9.4% of the population, or approximately 24.6 million Americans aged 12 and above. These findings were published in a landmark survey conducted by the Substance Abuse and Mental Health Services Administration (SAMHSA) titled the National Survey on Drug Use and Health (NSDUH) and held in 2013. The results showed that this number had increased from 8.3% in 2002. While the use of most illegal drugs remained constant, the use of marijuana spiked, possibly leading to an increase in the overall number of illicit substance users.

In another report from the Substance Abuse and Mental Health Services Administration (SAMHSA), in 2017, 38% of adults in the United States battled an illicit drug use disorder, and 1 out of 8 of these battled between alcohol and drug use. Based on the 2019 World Drug Report, 35 million people worldwide suffer from drug use disorders, and only 1 per 7 people get treated. In this section, information about the signs and symptoms of illicit substance abuse and who is most at risk of this addiction will be provided.

Before an illegal drug addiction becomes full-blown, several telltale signs point toward the problem. If a person is using illicit drugs, an observant person can be able to identify the symptoms of illegal drug addiction and initiate an intervention. For persons using the substances recreationally, looking for illicit drug use signs in themselves can prevent the escalation of the habit into a stubborn addiction that will take a lot of effort to overcome.

There are early physical signs of illicit drug abuse. According to a study published in the Innovations in Clinical Neuroscience, the most common one is withdrawal from usual family bondings, routines, and activities.

Other physician signs of illicit drug abuse include:

Sometimes, difficulties in verbal expressions such as slurring of speech can also be observed. Although some users become aloof, others become more talkative. If the behavior of the alleged user starts to change, it is highly recommended to seek medical help from medical doctors, rehab centers, and even psychologists.

These changes include the following:

Based on one research from the University of Maryland, poor morale and violation of curfew restrictions are also early signs of teens with substance abuse disorders. Parents or those who see these physical changes should seek medical help as soon as possible to avoid unwanted health events.

Who Is Most At Risk Of Illicit Drug Addiction And Abuse

Based on the different statistics mentioned above, patients 12 years old and above are most at risk of illicit drug addiction and abuse. Consistent with the report from the National Institute on Drug Abuse, the addiction to these substances is widespread. In another report published in the Archives of Pediatrics & Adolescent Medicine, teens, as early as 6th to 8th grade, are getting involved in illicit drug use. Additionally, family, peer, and work settings are related to this substance abuse.

Those who have a family background of substance abuse disorder, those who experience peer pressure, and those who are stressed because of work become more at risk of illicit drug addiction and abuse.

The prevalence of illicit substance overdose is around 128,000 per year and 69% of these patients are below 50 years old, and in 2018, it was reported that 2 out of 3 overdose cases involve the use of opioids. Additionally, in a clinical review from the United Kingdom, those who inject these illicit drugs are most at risk of overdose.

Some of the signs and symptoms of illicit drug overdose include the following:

Always remember that overdose is life-threatening. Anyone who is seen with these signs and symptoms should be admitted to medical services.

While waiting for the response of 911 or national poison centers, one person should never leave the patient unattended and may do the following:

Apart from an overdose, withdrawal is also possible with illicit drugs. When patients stop the use of these substances and their bodies can no longer feel the effects, dangerous withdrawal symptoms ranging from flu-like symptoms to heart complications can be experienced. With the help of specialists from rehab centers, proper detoxification, using detox medications or detox drinks, from these substances will be given. 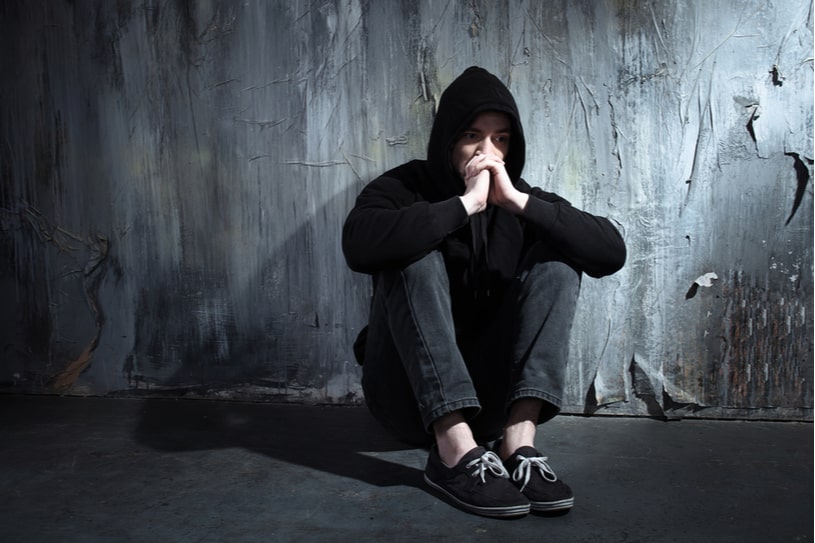 Having an illicit drug addiction is not the end of the line. Today, effective illicit drugs addiction treatment options exist that can help a person quit the addiction and return to normal life. Treatment, however, only starts when a person admits to themselves that they have a problem. This first step is what makes the difference between those on the road to recovery and those still stuck in addiction. Once a person admits to this, they can then take the next step, which is to seek out appropriate illicit drug use treatment, which comes in one of two structures, inpatient vs outpatient rehab.

Overcoming an illicit drug habit is possible. While illegal drugs are everywhere and the war on drugs is still ongoing, individuals must take responsibility for their protection against the vagaries of these substances. Understanding the devastating effects of these substances can help a person not only avoid them but also caution others of the same.