What Are Benzodiazepines and Are Benzos Addictive?

Benzodiazepines, commonly referred to as benzos, are substances designed to treat various conditions of the nervous system, and these prescription drugs are mostly used for anxiety therapy. Even though this drug is associated with a lot of discomforting benzo side effects, in 2019, around 11.3 million patients in the United States were given benzo prescriptions. While there are many types of benzodiazepines, all act by causing mild to severe depression of the central nervous system. When used correctly, they can help offer short-term treatment of numerous medical conditions. However, problems arise when they are used for too long or used incorrectly, as they may become habit-forming, leading to benzodiazepine abuse and dependence.

Benzodiazepines are psychoactive drugs labeled as sedatives and are most commonly prescribed to people who struggle with anxiety, seizures, insomnia, and alcohol withdrawal. Generally, these drugs work by facilitating the binding of GABA at various GABA receptors throughout the CNS, leading to the slowing down of the body and brain’s functions. Furthermore, according to the FDA, benzodiazepine drugs are controlled substances. They belong to Schedule IV of the controlled substances act.

Because all types of benzo drugs depress the central nervous system, they are used in the treatment of both physical and mental nervous system disorders such as anxiety and insomnia.

Moreover, there are three types of Benzodiazepines and these are classified according to how long they act in the body:

The duration of effects inside the body is a major factor that determines their use. For instance, long-acting benzos are more useful to treat anxiety and seizures. To address these problems, one needs a consistently maintained drug level in the blood. Similarly, according to a report published in the journal of Sleep Science and Practice, doctors prefer short-acting benzos to treat sleep problems. In this case, one does not need to maintain a continuous drug level in the blood. 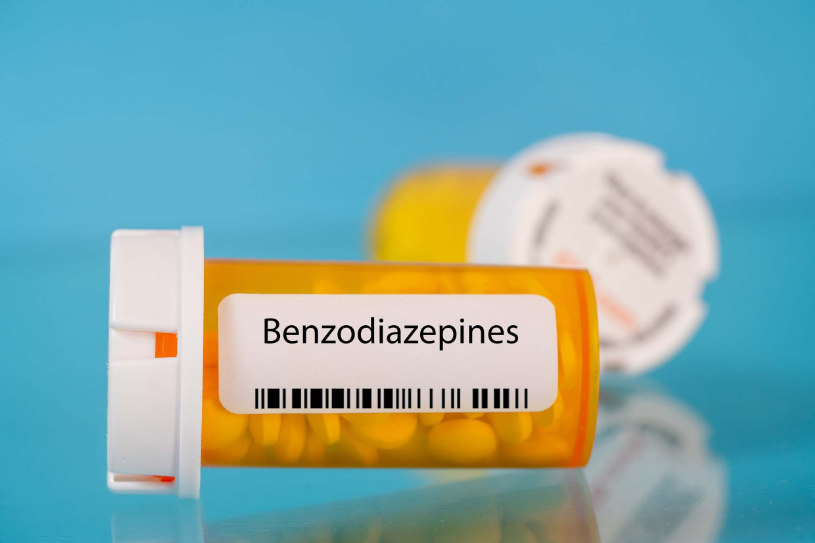 Benzodiazepines Uses: What Do Benzos Treat?

Benzodiazepines or simply benzos are a class of medications that depress CNS. These effects make them a very useful medication. Doctors use them to treat a wide range of mental health and physical disorders. Some benzodiazepine uses include insomnia, anxiety, panic attacks, abnormal muscle contractions, alcohol, and drug withdrawal.

The benzodiazepines list that is most commonly prescribed are:

Are benzodiazepine drugs addictive? Yes, all benzos, when abused, have the potential to lead to addiction, and the risk increases the longer the drug is taken. As cited in the study of psychologists and psychiatrists from the USA, in 2017, benzodiazepines and other tranquilizers were the third most commonly used prescription drugs in the United States, and around 6 million US citizens ages 12 and above misuse these medications. Furthermore, most patients will go through benzo withdrawal when they stop the use of benzos unless monitored by a medical team. The exact risks vary with different types of benzodiazepines, but the risk is always there.

Signs And Symptoms of Benzo Addiction and Abuse

Physical Signs and Symptoms of Benzo Addiction and Abuse

There are secondary symptoms that may develop which are specifically related to the addiction to and long-term use of the substance. 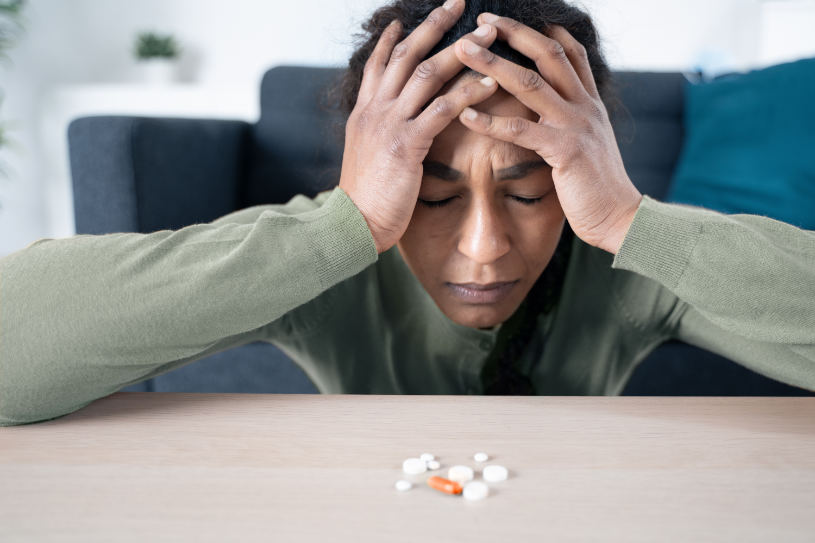 Psychological Signs and Symptoms of Benzo Addiction and Abuse

Aside from the physical signs and symptoms of benzodiazepine addiction and abuse, there are also psychological ones. Based on a study published in the British Journal of Clinical Pharmacology, these signs and symptoms are associated with withdrawal.

Some of these include:

Symptoms of benzodiazepine use tend to mimic many other conditions. Some of the symptoms of benzodiazepine abuse are the same as the conditions the medication is meant to treat. For example, according to a study published in the American Psychological Association, those who safely stop the use of benzos after 6 months were able to experience a reduction of anxiety. On the other hand, those who remained on these drugs experienced the worsening of the anxiety symptom.

Who Is Most at Risk of Benzo Addiction?

Based on the data provided by psychiatrists from the University of Michigan, 5.3 out of 30.6 million individuals in the United States abused benzo drugs in the years 2015 and 2016. In the same report, it was stated that benzodiazepine misuse is also associated with opioid abuse. This means that those who are using benzodiazepines with other illicit medications are most likely at risk of developing benzodiazepine addiction.

Aside from this, other most at risk of benzo addiction include:

From the study, it was reported that the most common cause of benzodiazepine addiction and abuse is because of using the drugs without prescription, and 70% of those young people abusing it acquire the drugs from friends and families. Furthermore, the common reason for these people to use a benzo substance is that they want to achieve relaxation or relieve tension.

If one suspects that a family member or a friend is using benzodiazepine drugs, it is vital to talk to them and try to explain why it is important to enter rehab. It can be done by staging an intervention. One should invite the loved one to a family meeting where family members can tell them their concerns.

The second step in the benzodiazepines rehabilitation process is detox, which should be conducted under medical supervision to avoid unpleasant withdrawal symptoms. Inpatient rehab facilities offer their patients counseling, group therapy, family therapy, and many more activities that can help a client overcome benzo addiction. Inpatient rehab takes place in a controlled environment, making it easier for patients to overcome their addiction. While there, they are given 24-hour access to medical care and support and are also supervised to ensure they cannot access benzo drugs with prescriptions in a moment of desperation. This makes inpatient care a good option for those with severe addictions and health complications.

With outpatient care, patients are permitted to work and live at home, but they still must spend significant time at the center. With these programs, 10 to 12 hours a day are spent in substance treatment. For many, this will mean reducing their work hours and needing help around the home to keep everything going. As such, whether a patient opts to receive inpatient care or outpatient care, one will need a support network.

How to Get a Doctor to Prescribe Benzodiazepines?

Any patient who wishes to take a benzodiazepine substance can only acquire a medication through the instruction or recommendation of a medical doctor. A doctor will be the only one to decide if the patient needs and is suitable for the health of the patient.

How to Get Prescribed Benzos Instead of SSRI?

A patient taking SSRI drugs cannot switch to other drug classes without the recommendation of a medical doctor. Although it is possible to switch to benzo drugs from SSRI, only a doctor can give the prescription for this medication switching as some health factors are yet to be considered. Some of these include benzodiazepine sensitivities

Generally, benzo drugs are hypnotic medications that are used to treat anxiety disorders. However, there are times when medical doctors use them to treat patients with depression.