While dangerous, it isn’t uncommon for users to combine drinking and other substances, such as mixing alcohol and stimulants. However, this is incredibly risky, whether mixing prescription stimulants with liquor or combining cocaine and alcohol. Here is what users need to understand about combining stimulants and alcohol.

Learn About Alcohol And Stimulants:

Any combination of liquor and another substance can have consequences, as liquor is dangerous on its own. However, mixing alcohol and drugs with stimulant properties is of particular concern. Some potential health effects of alcohol and stimulant mixing include:

It is important to note that any stimulant can produce these effects when mixed with spirits, including caffeine. This means that energy drink and liquor mixes, though common, are risky.

Ultimately, whether mixing alcohol and weed or opting for a depressants-stimulant combination, combining liquor with other substances should be avoided.

One of the most common methods for mixing liquor with uppers is to take amphetamines and alcohol together. Ritalin and alcohol is perhaps the most common mixture. However, Vyvanse and alcohol are also combined.
In some cases, the mixture of the substances is not purposeful. For example, those who mix Vicodin and alcohol often do so to enhance their high. Because amphetamines are often prescribed for daily use, users may mix them with liquor accidentally or just in an effort to socialize while in treatment.
Still, there are those who do things like combine methylphenidate and alcohol intentionally.

Whether or not the mixture is purposeful, the results remain dangerous.

Liquor can amplify the effects of amphetamines on the body, while amphetamines can make someone feel less intoxicated than they genuinely are. This fuels the overuse of both substances, significantly increasing the risk of overdose and heart problems.

Cocaine is an illicit substance abused by millions of Americans each year. Mixing alcohol and cocaine is one method users employ to enhance the effects of both substances. While some users claim to enjoy the high produced, this practice is incredibly risky. 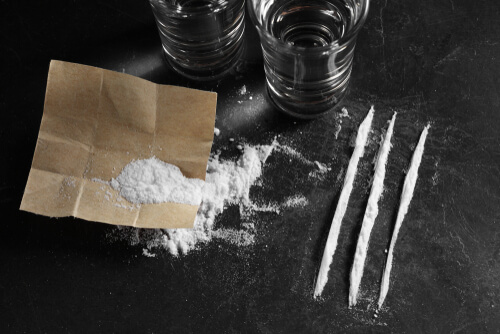 Both booze and cocaine are metabolized by the liver, which means consuming them together heavily taxes the organ. This also stimulates the production of cocaethylene, which stresses the liver and the cardiovascular system. It can even contribute to aggressive behavior and violent thoughts, similar to when using dissociatives and alcohol. Users who combine these two substances are at risk of heart attack, blood vessel death in the brain tissue, and aneurysm.

Methamphetamine is one of the most commonly abused stimulants in the United States. As such, there is no surprise that many users will mix their meth, containing pseudoephedrine, and alcohol. The potential health consequences of this mixture are numerous, especially since meth manufacturing is not standardized, and users never know exactly what is in the drug they are using.

MDMA and alcohol mixtures might be the most common mixtures of liquor and uppers, thanks to both being club and music-scene staples. However, it is a combination that can be deadly. The liver metabolizes both alcohol and MDMA, and since the organ is overtaxed when consumed together, it makes it harder for either substance to clear the system, increasing the chance of an overdose occurring.
Also common with combining these substances are muscle spasms and confusion. Muscle spasms can make it harder for the user to control their body, leaving them prone to accidents. Confusion can make it harder for them to process what is happening around them and leave them vulnerable to harm from others. It is not uncommon for users to experience hallucinations and seizures with this combination of substances.

Statistics on Stimulants and Drinking

Knowing the potential health consequences of mixing uppers with liquor makes the risks clear, but understanding the statistics can put the danger into perspective. 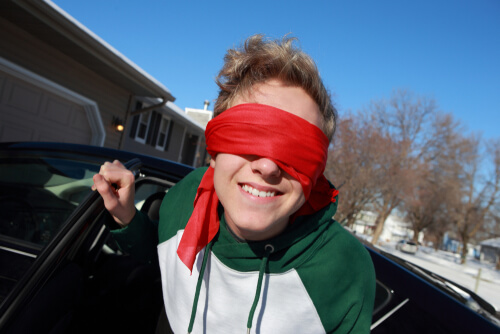 How Stimulant and Alcohol Addiction Is Treated

When someone is addicted to both stimulants and alcohol, the addiction treatment process must be nuanced. It is possible that the patient will require detox from both substances, and this may need to be done at separate times to prevent harm to the body. Only some drug rehab centers have the ability to manage this, so care must be selected carefully.

Once the detox stage has passed, the user will enter therapy to help them examine what drives their addiction and develop coping skills meant to prevent relapse.

Depending on the nature of their addiction, they might be prescribed medications that make them sick when ingesting liquor, or they could be prescribed antidepressants, such as Lexapro and alcohol addiction treatment.
In general, those with multiple addictions need to start with residential treatment for their addiction recovery. After they get better, they can transition to outpatient care, eventually relying on occasional therapy and regular self-help meetings to maintain sobriety.
If someone has been addicted to uppers and alcohol for an extended period of time, they may need extra assistance in transitioning back into their day-to-day life. For these individuals, programs with vocational training and sober living transitions are critical. Ultimately, the road to sobriety may be difficult for those abusing liquor and stimulants, but getting clean is possible.
With the right team, anyone can beat addiction and get clean. Though multiple addictions complicate treatment, sober life can be a reality. Get help and start living a better life.