The types of stimulants can be generally divided into legal and illegal. The legal uppers can be bought in stores or prescribed in small doses usually under close doctor’s supervision. The illegal types of stimulant drugs are very intense & addictive and are sold illegally on the streets. Unfortunately, both stimulants types can lead to addiction.

Types Of Stimulants: By Mechanism Of Action

Nootropics improve creativity, memory, motivation, and executive functions in healthy individuals. These stimulants types are very popular nowadays. Depending on their purpose, these smart drugs can:

Both stimulants and depressants affect the central nervous system, but only the first ones act on the dopamine and norepinephrine chemicals, increasing the activity of these neurotransmitters.

The above-mentioned, as well as other nootropics, pose risks of abuse and addiction. They can only be prescribed by a doctor. Self-medication is dangerous as may result in unexpected health hazards.

The psychomotor stimulants mechanism of action is to boost the release of several types of chemicals in the brain, stimulating the central nervous system (CNS). This type of process produces a temporary organic and physiological activation accompanied by increased motor activity, alertness, and arousal. 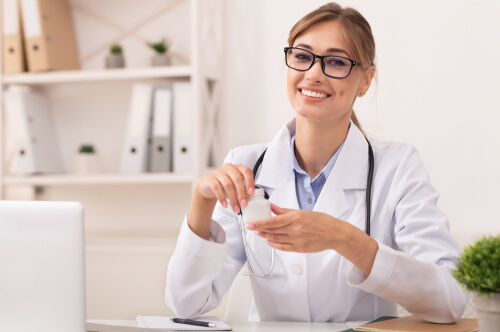 The FDA-approved types of psychomotor stimulants include:

Recreational use of drugs is considered as abuse and is illegal. All medications should be used as prescribed only.

Synthetic uppers or research chemical stimulants are synthetic derivatives of cathinone, a type of CNS psychostimulant, which is extracted from the Khat plant. People in southern Arabia and East Africa chew its leaves for the mild psychostimulant effect. RC stimulants are man-made versions of this CNS upper, but much stronger and dangerous.

It is still not clear how synthetic stimulants affect the brain, but a study found that MDPV, one of these types of drugs, is at least ten times more powerful than cocaine. Some of the side effects of stimulants produced in the laboratory are chest pain, rapid heart rate, nosebleeds, nausea, vomiting, sweating, stroke, and heart attack. These types of synthetic psychostimulants are unregulated substances, which are created to copy the effects of regulated ones. 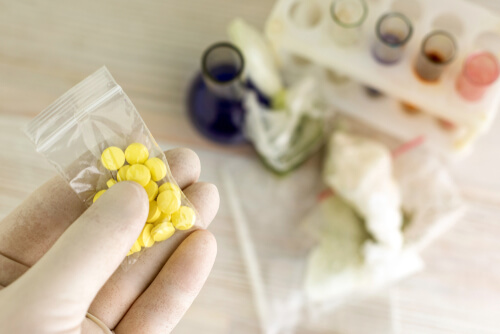 Legal uppers require a prescription in order to be acquired from the drug store. Prescription psychostimulants are a necessity for patients with ADHD but are also commonly abused, especially by high school and college students to boost their cognitive abilities during the exam periods. Doing so is illegal, as well as poses severe health problems.

CDC reports that in 2009 almost 20% of high school students admitted to taking some types of uppers from a peer with a prescription. This happens due to the false impression that if the drugs are prescribed by a doctor, they are safer than the drugs bought from the street. In fact, there is always a risk.

What Are Prescription Stimulants?

Prescription stimulants are drugs prescribed by a doctor, aimed at treating ADHD and narcolepsy, by increasing attention, energy, and alertness. Prescribed stimulants boost the activity of the brain chemicals, norepinephrine and dopamine. In patients with ADHD, prescription uppers help manage symptoms such as hyperactivity, impulsive behavior, and short attention span. 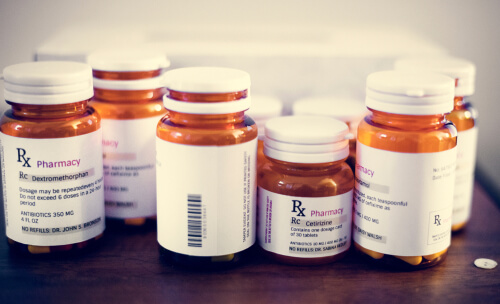 What Are Legal Stimulants?

Legal uppers, such as caffeine, nicotine or taurine, are not considered to pose serious health consequences on a user. These over the counter stimulants are natural substances which can be obtained legally without a prescription. There are also uppers which are also legal but only with prescription. The legal uppers also include the natural stimulants for ADHD.

However, both of these types of legal stimulants come with potential dangers and risks arising from misuse or abuse. That is why it is crucial to use them in moderation or after doctor’s consultation.

What Are Illegal Stimulants?

On the one hand, illegal stimulants are drugs that are manufactured, sold, and bought illicitly. This type of drugs are usually labeled as illegal because they are very addictive and come with life-threatening side effects or because the user has no health benefit from taking them.

Even so, legal uppers can become illegal when abused. The National Survey on Drug Use and Health from 2012 showed that 24 million US citizens, aged 12 and above, were illegal drug users. Among them, 7 million were prescription medication abusers.

Common illegal drugs that are stimulants include:

Stimulating Drugs Can Be Addictive

The long-term use or misuse of any stimulants types can lead to addiction. Various drug rehabs offer behavioral therapies such as contingency management and cognitive-behavioral therapy. They proved efficient in treating this type of prescription psychostimulant addiction. Such treatment modifies the patient’s drug-use behavior and expectations, helping them to manage stress and triggers effectively and successfully.