One of the most common barbiturates that can lead to dependency is the seizure medication phenobarbital. Many people often ask; is phenobarbital addictive? To answer this question, it is crucial to understand that phenobarbital is in a class of drugs known as barbiturates, which tend to be addictive. These drugs act as depressants in the central nervous system and are less widely used today.

Phenobarb is a schedule IV drug, classified by the Drug Enforcement Administration (DEA). Prescription of this drug is often restricted due to its increasing abuse, especially in young adults who often try to purchase phenobarbital drugs for recreational purposes. Recreational use of Phenobarbital is considered an abuse and can be legally prosecuted.

Let’s take a look at the Luminal drug, its effects, and applications.

Individuals with long term medical condition of chronic anxiety, epilepsy, and insomnia may be familiar with the phenobarbital luminal nomenclature. So, what is phenobarbital? One can define phenobarbital as a medication that is often recommended for various central nervous system issues such as those above. The drug belongs to a class of barbiturates commonly referred to as anticonvulsants/hypnotics.
What is Luminal? The term Luminal is a phenobarbital brand name, as well as Phenobarb and Phenobarbitone. Luminal is a brand name that is popular in the U.S. In other regions like Canada, Solfoton is a common brand name for the drug.
The Luminal medication is also a cytochrome P450 inducer, which is sufficient for reducing the toxicity of certain drugs as well as an aid for benzodiazepine withdrawal.

Phenobarbitone is widely prescribed to individuals except for children below the age of 12 years and adults over the age of 65 years.

Addictions to phenobarbital medication can be developed in many ways. Since phenobarbital pills are used to control CNS activity and is used to prevent withdrawal symptoms caused by using other barbiturates, there is a tendency to develop a dependency to the drug because of its calming and relaxing effect. Luminal medication, however, is highly addictive and should not be administered without the recommendation of a medical professional.

Is it physically addictive?

The phenobarb drug comes in the form of pills, tablets, liquid form, and it can be administered intravenously. The drug is physically addictive and is widely used illegally among young adults for recreation. Can phenobarbital get one high? Yes, users reported experiences of euphoria and a feeling of calmness. Its effects closely resemble that of alcohol, making it physically addictive. However, phenobarbital side effects can be quite disturbing.

Is it psychologically addictive?

Frequent use of phenobarbital drug, even as recommended, can lead to psychological addiction. It comes with an urgent need for the medication, erratic behavior and mood changes and severe hysteria, which can only be calmed with phenobarbital medicine.

The half-life of phenobarbital is just as short as that of alcohol, and tolerance is built quickly.

The individual may find themselves between altered consciousness and a desire to increase phenobarbital dosage. 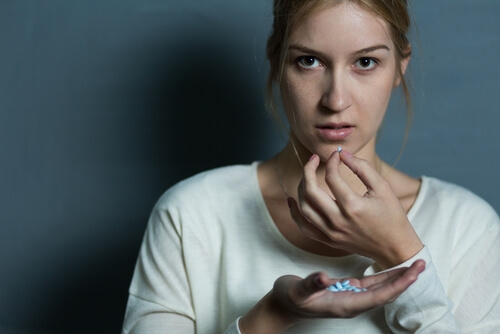 Phenobarbital abuse leads to addiction and changes in behavior, which is mainly physical and psychological. Addiction can be caused by misuse and overindulgence in the medication, and the luminal drug is very popular with the age range of 12 years and older. However, the risk groups of Luminal is specifically individuals of the age range 18 to 25. Addiction and abuse are mostly observed with young adults of this age range. Individuals of this category mostly attempt phenobarbital withdrawal the wrong way, which often leads to complications.

Phenobarbital addiction risk groups often get into the use of Luminal through peer pressure, curiosity, and the need to experience the euphoric effect of the drug. Addicts are referred to institutions where Phenobarbital nursing implications are extensive and tailored to individual needs.

Phenobarbital overdose is common with addicts who have built a tolerance to the medication. It should be noted that no particular age group is free of the risk of addiction or overdose to this drug.

Signs And Symptoms Of Phenobarbitone Abuse

How does one know if a friend or a loved one abuses phenobarbital (Luminal)? There are a few obvious signs of Luminal abuse, which may include:

Research in Mali reported the effectiveness of Phenobarb medication in about 80% of patients suffering from seizures.

Reports from rural China stated that 68% out of a total of 1,897 individuals treated with phenobarbital experienced relief from frequent seizures after a 12-month treatment program. 34% of the affected population reported the complete stoppage of seizures.

Statistics have shown that phenobarb is still the most recommended medication for neonatal seizures which is prevalent in 3 out of at least 1000 childbirths.

According to  the UN International Narcotics Control Board publication Psychotropic Substances, Statistics for 2001, from 1997 to 2001, about 90% of barbiturates manufactured were phenobarbs with a record of 1,334 tons from 1996 – 2001

These days access to phenobarbital drug card as well as fake prescriptions are easy, and this puts a strain on the quality of life of the users. Phenobarbital pills can be purchased through various means without prescription, and these lead to an increase in the number of addicts. So, what are the risks and dangers of phenobarb abuse?

The individual may become aggressive and dangerous to others due to high irritability and mood swings. The individual may also harbor suicidal thoughts which may materialize if surrounded with harmful objects. Early death is also a possibility which can result from either overdose or suicide. Pregnant women who indulge in phenobarbital sodium run a risk of damaging the fetus.

A state of mental depression and cognitive decline is usually prevalent with individuals that abuse phenobarb. In some cases, delusions are experienced by frequent users of this medication.

Most often, the relationship between user and friends and families is significantly affected. The user becomes anti-social and unable to confide in their peers. The user experiences financial hardship as most of their income or allowance is spent on getting a fix. There is also a decline in performance at the workplace or school. 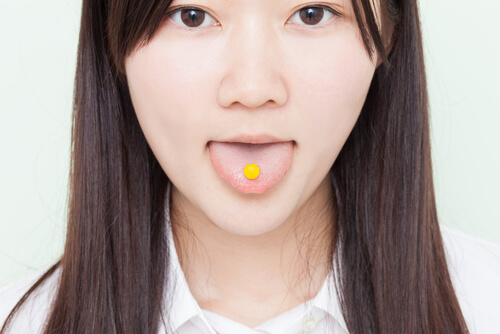 Sodium phenobarbitone abuse is often reported in teens due to peer pressure and the need to experience the euphoric feeling of the drug. This abuse has a high potential for addiction and overdose due to the quick tolerance built. It is effortless to skip from a safe dose to a fatal dose due to the drug’s addictive nature. Teens often combine this drug with others as well as alcohol, which can be fatal.

Phenobarbital costs in the streets may vary and is easily accessible to teens without prescription. Phenobarbital reviews show that phenobarbital is one of the most abused barbiturates in the market.

The best ways to ensure that a teen does not abuse phenobarb is:

Function Of Phenobarbitone In Addiction Treatment

Individuals who suffer from withdrawal symptoms of alcohol and drugs such as benzodiazepines can be treated by administering phenobarbital with a sedative. To prevent symptoms such as delirium tremens in alcohol withdrawal and others a trained physician will likely recommend or administer phenobarb instead of Benzodiazepines to avoid the risk of a new addiction. Hence, phenobarb is used in the medical detox process in the treatment of addiction.

How One Can Treat Phenobarb Addiction

Is phenobarbital a controlled substance? Yes, it is. Sodium luminal is both physically and mentally addictive.

The best way to treat addiction to this medication is opting for a drug rehabilitation program which is tailored to meet the needs of inpatients and outpatients depending on the severity of the addiction. A rehab facility provides various treatment programs inclusive of detoxification, medication-assisted therapy, behavioral therapy, counseling, and others, to ensure that the individual attains complete healing and free from drug dependency.