What Are Barbiturates Used For? Things to Know About The Uses

Barbiturates belong to the drug class sedative-hypnotics. They have depressing and calming effects on the body, the barbiturate therapy includes sleep problems, migraines, anxiety symptoms, epilepsy, seizures, coma induction, and reducing high blood pressure among others. In 2019, around 2.1 million prescriptions of Barbiturates were issued in the United States, and the only one prescribed is the brand Butalbital. Moreover, the Barbiturates uses have almost the same effects as those of alcohol, varying from relaxation to the inability to feel pain and even loss of consciousness. However, these two substances can cause dependence when abused. When alcohol and Barbiturates are mixed, this could lead to overdose. This makes it important for a patient to know what a Barbiturate drug is correctly used for.

In this article, information about the different Barbiturates uses will be provided. 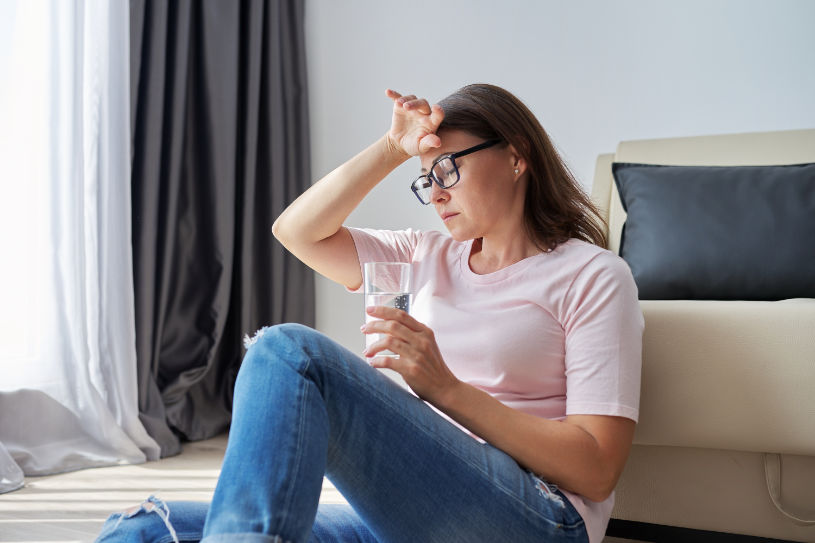 What Are Barbiturates Used For?

There are FDA-approved and off-label Barbiturates uses. For the latter, keep in mind that these sedative-hypnotics are prescription drugs. Thus, for whatever over-the-counter use a patient would like to take these drugs for, the instruction of a medical doctor should always be followed. Furthermore, the FDA-approved uses of Barbiturate drugs include treatment of seizure disorder, neonatal withdrawal, insomnia, preoperative anxiety, induction of coma for increased intracranial pressure, and for inducing anesthesia. On the other hand, the off-label Barbiturates uses of these drugs include management of alcohol poisoning and withdrawal, treatment for migraines, and jaundice.

One of the off-label Barbiturates uses include the treatment and management of migraines. There are many Barbiturates for migraine such as Secobarbital, and the most common Barbiturate drug prescribed for patients with migraine is the brand Butalbital. This drug is a combination of Butalbital, Acetaminophen, and Caffeine.

As cited in the study of medical doctors from Pennsylvania, aside from migraines, this combination drug is effective for treating acute tension-type headaches. However, based on current guidelines, despite the efficacy of Barbiturates for migraine, medical doctors avoid the use of it as it can cause overdose, addiction, and dependence. This means that buying Barbiturates for migraine illegally or without any prescription can cause health dangers, especially when taken at higher doses.

Not long ago, Barbiturate drugs were used to treat anxiety symptoms and agitation as they reduced the activity of nerves leading to muscle relaxation. Based on the medical information, the mechanism of action of Barbiturate drugs is GABA-mediated inhibition of synaptic transmission. This means that these drugs can exert their anxiolytic and hypnotic effects. But due to their risk of abuse, overdose, dependence, tolerance, and withdrawal, they were replaced with Benzodiazepines. In comparing Barbiturates vs Benzodiazepines, the latter proves to be safer and more effective. According to the Food Drugs Administration, a Barbiturate drug can cause anxiety if the treatment is stopped suddenly. This is one of the drug’s withdrawal symptoms that can occur suddenly together with agitation, restlessness, and muscle twitching. So instead of treating the health condition, the Barbiturate drug can cause it.

Being in the sedative-hypnotic class, Barbiturates work by depressing the central nervous system causing sleepiness. Some doctors prescribe short or long-acting Barbiturates as sleeping pills or sedatives. Based on information from the Royal Edinburgh Hospital, showed that the use of 200 mg of Sodium amylobarbitone for five nights reduced the delay to sleep, depressed R.E.M. sleep, and increased the sleep period. After the 5th night, the REM sleep returned to typical values, which means the body started to develop tolerance. Withdrawal symptoms were also present when stopping the drug, even at such low doses. Although a patient can use these drugs to improve sleep, it can cause adverse effects such as addiction, exaggerated REM sleep, and can even worsen sleep problems.

Barbiturates For Seizures And Epilepsy

Phenobarbitone or Phenobarbital has proved to be the most efficient anticonvulsant in treating seizures and epilepsy. Although new treatments are available, this treatment is still frequently prescribed for patients who have epilepsy, not because it would be more efficient, but because of the physicians’ discomfort with the newer AEDs. Studies have shown that these drugs might significantly impair cognition and lead to withdrawal seizures. Specialists also noted the presence of severe behavioral and cognitive problems at high doses of Phenobarbital, as well as hyperactivity, depression, sleep disorders, and even intolerable adverse effects that led to reducing the drug dosage to a minimum. In a clinical trial of medical doctors from China, a continuous 12-months treatment of Phenobarbital can reduce the seizure frequency of patients by at least 50%.

Until the 1950s, these drugs were effectively used as sleeping pills, hypnotics, and sedatives, but over the past decade, although they are still prescribed, the use and abuse of the drug have declined dramatically. This happened due to the development of safer and newer alternatives.

There are four kinds of Barbiturate drugs: ultra short-acting, short-acting, and long-acting. The ultra short-acting drugs such as Methohexital, Thiamylal, and Thiopental are used for anesthesia due to the short duration of action, allowing for greater control.  As cited in the study of a medical doctor from the United Kingdom, Thiopental has a rapid onset and offset effects. This means that a doctor can rapidly anesthetize a patient in emergencies and wake the patient up just as quickly in case of complications during surgery. In another study using rectal Thiopental, it was reported that the drug can be considered as the drug of choice for children requiring sedation. Barbiturate drugs can also be used for deep anesthesia for mechanically ventilated patients, for those with elevated intracranial pressure, and with closed-head injury, improving the survival rate. In this case, too, Barbiturate drug side effects come with dangers such as increased heart rate, depressed breathing, and constricted blood vessels. That is why using these drugs as anesthetics is not a common practice anymore, especially when considering how long Barbiturates stay in the system.

Some of the Barbiturates uses include reduction of blood pressure because they are metabolized by the liver enzyme systems, which also break down the calcium-channel blockers. Consistent with the study, it was reported that high doses of Barbiturate drugs can reduce the systolic pressure of patients treated with the drug. However, it should be noted that Barbiturate drugs mixed with other drugs or substances to reduce blood pressure can result in a dangerous drop in blood pressure levels. Aside from alcohol, some of the drugs that should be avoided when taking Barbiturates include the antibiotic erythromycin. 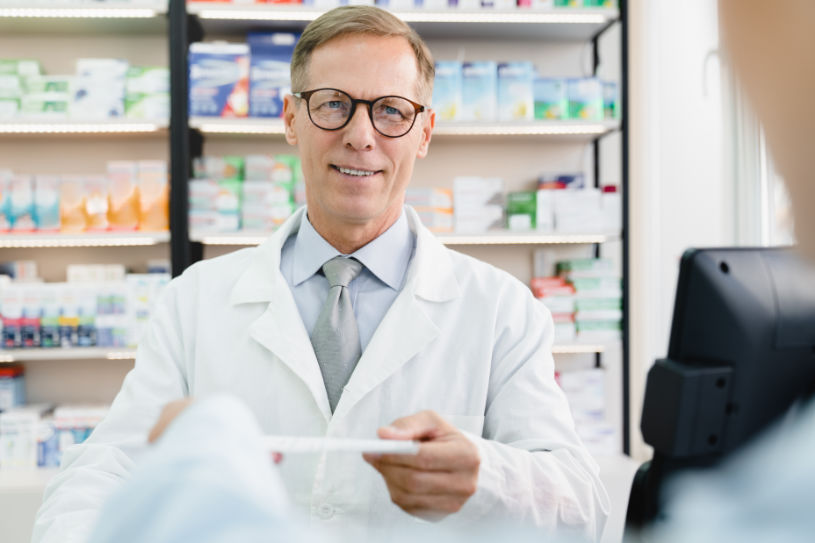 In a study published in the American Journal of Hospital Pharmacy, a Barbiturate-induced coma can prevent patients from cerebral ischemia, a health condition where there is not enough blood flow in the brain with 94% mortality. In the study, it was reported that 14 out of 22 patients who underwent BCT were able to recover completely from the health condition. Furthermore, take note that complications such as azotemia, hypotension, hepatic dysfunction, pulmonary edema, and electrolyte imbalance can arise during this therapy. Fortunately, most of these complications can be successfully handled in the intensive care unit setting.

Barbiturates for Alcohol Poisoning And Withdrawal

Barbiturate drugs are contraindicated with alcohol. But, in the presence of healthcare professionals, they have been successfully used to treat alcohol withdrawal syndrome, especially in the emergency department and the severe withdrawal in the intensive care unit. The drug enhances the GABA activity and also suppresses glutaminergic activity, a dual mechanism of action that works well in the pathophysiology of alcohol withdrawal.

Other off-label Barbiturates uses include the treatment of jaundice, including newborn jaundice. Generally, these drugs work by decreasing bilirubin levels. In a study published in the Archives of Disease in Childhood, jaundiced newborn infants were given low doses of Phenobarbital for five days, measuring their liver synthesize blood-clotting factors and bilirubin levels each day.

After only two days, the level of mean serum bilirubin was significantly lower, decreasing the need for blood transfusions and phototherapy.  The drug improved the liver function helping it clear excess bilirubin.

Although efficient for various uses, these drugs come with the risk of physical and psychological addiction, as well as Barbiturate overdose. The difference between a safe and a deadly dose is tiny. Although Barbiturate drugs are seldom used as tranquilizers and sedatives, they still play an essential part in neurology practice, in the treatment of epilepsy, and as an anesthetic.

However, due to the high abuse potential, it is recommended to get a professional consultation before usage. Drug rehabilitation facilities offer their Barbiturate addiction prevention and management services for patients of all ages and financial situations. These resources can also give information about what treatment can be safely given to patients struggling with addiction and dependence. Call now to get a consultation regarding drug abuse treatment.