Barbiturates, belonging to the drug class sedative-hypnotics, are quite addictive medicines that cause sleepiness and relaxation. They act as central nervous system (CNS) depressants and bind to the GABA receptors causing mild to severe sedation. Aside from causing sedation, there are many other Barbiturates uses. However, because of their narrow therapeutic and toxic window, they are not used as much as they once were. Most importantly, there is a very small difference between a dose that causes sedation and a fatal dose, leading to an overdose. As cited in the study of researchers from Mexico, the mortality rate associated with barbiturate toxicity is less than 2% when proper handling and treatment of OD is done. Despite many dangerous barbiturate side effects, people still abuse them. This is especially true in teenage circles and the possible reason for this mainly lies in the similarity between the effect of alcohol and these drugs.

What Is Barbiturate Overdose?

When it comes to barbiturate overdose meaning, OD can be intentional or unintentional. Generally, barbiturate overdose is not that common today because of the significant decline in prescription rate. In 2019, there were only 2.1 million prescriptions of barbiturates issued in the United States. Compared in 1968 where the prescription rate for these drugs was 24.7 million. Moreover, barbiturates overdose happens when one takes more of the drug than instructed by their doctor or when one self-medicates. Unfortunately, the line between the therapeutic and toxic effects is very thin. As a result, an increase in dosage, especially during self-medication is not a good idea. As with many drugs, OD can happen accidentally.

Using barbiturates longer than the prescribed period can also cause an overdose. This usually happens when patients abuse these drugs or have become addicted to them. Mixing it with other drugs and alcohol, also known as drug interactions, is also extremely dangerous, as the drug reactions can be fatal. Unfortunately, in certain situations, users might not realize they are doing it.

The barbiturate overdose symptoms vary from case to case. Some patients can tolerate the symptoms while others, even at the lowest dose, can experience these symptoms in no time. To add up, this overdose is also associated with a barbiturate half-life.

Some of the Mild To Moderate Od Symptoms Include the Following:

Based on the study of medical doctors, higher doses of barbiturates result in dangerous barbiturate overdose symptoms such as shallow breathing, hypotension, and deep coma. In the same study, it was also reported that the length of coma depends on the level of abuse and addiction in the drugs. 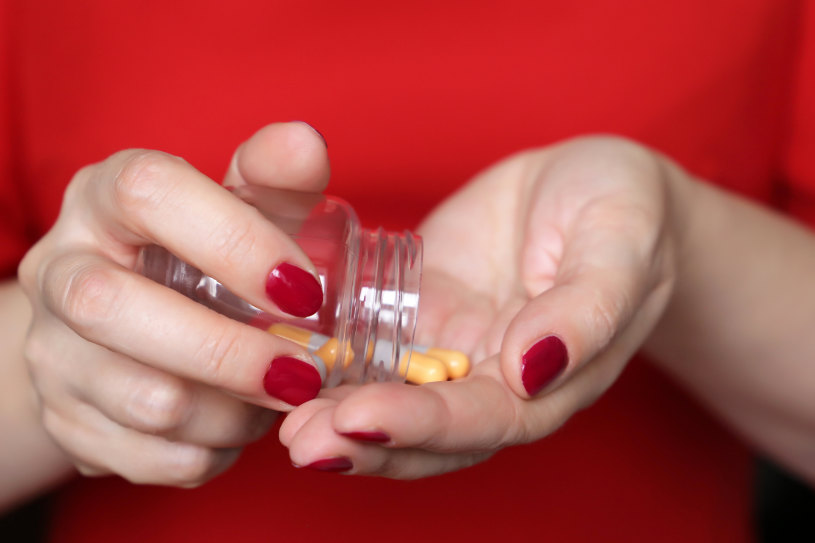 Barbiturates Overdose: How Much Can Be Lethal?

Also, when it comes to barbiturate overdose meaning, there is a lethal dose being talked about. The barb toxic dose varies depending on the specific barbiturate drug, route and rate of administration, and patient’s tolerance on barbiturates. This means that the four types of barbiturates (ultra short-acting, short-acting, intermediate-acting, and long-acting) have different toxic doses.

To Understand More, Take a Look at the Information Below:

Since there are different factors when considering the dosage of a barbiturate drug, patients are highly advised to seek clinical consultation from a medical doctor to prevent the occurrence of  OD. Always keep in mind that a medical doctor is the only one who can prescribe the specific barbiturate type and dosage for patients.

Barbiturate overdose does not only occur because a patient intentionally or unintentionally takes the drug. Sometimes, even if a patient is compliant with the use of barbiturates, an OD may happen because a person’s age, other mental health issues, pre-existing chronic illnesses, and physique can increase the possibility of an overdose. For example, in the United States, for patients 50 years old and below, the leading cause of death is drug overdose. In a case report of researchers, an intentional OD is associated with those with pre-existing anxiety and other mood disorders. In this section, the other risk factors for barbiturates overdose will be discussed.

Barbiturate poisoning nowadays is not common because of the decline in the prescription rate of barbiturates. But, according to the New York City Health Department, during the height of the use of these drugs, the period between 1957 to 1963, there were around 8,469 cases of barb intoxication. Additionally, as cited in the report of other researchers, 25% of all acute barbiturate poisoning are needed to be hospitalized.

As with any addiction and prolonged use, tolerance builds. This requires the user to consume larger amounts of the drug to achieve the same desired effect as before. Though tolerance to the mood-altering effects of the drug may happen quickly, tolerance to the lethal effects takes more time. This is where the danger of an unintentional barbiturate overdose hides.

Risks of Barbiturate Addiction And Abuse

According to the Substance Abuse and Mental Health Services Administration, in 2018, around 389,000 people in the United States abuse the use of barbiturates. Addiction and abuse to these drugs often start in patients who are under the treatment of these medications. They grow dependent, continuing its use for longer than medically advised, or at a greater quantity. This presents a problem besides the obvious danger of barbiturate addiction, seeing as this is a prescription drug and it cannot simply be bought at will. This leads to the illegal purchasing of barbiturates on the streets, which presents a danger in itself because there is no way to regulate what users are purchasing.

So, what happens when one abuses and becomes addicted to a barbiturate substance? Based on a study published in the Journal of Medical Ethics, aside from overdose, abusing or being addicted to barbiturates causes aggressive behavior, increased risk of traffic accidents, thrombophlebitis, gangrene, abscess formation, and narcotic ulceration.

Barbiturates are addictive and with prolonged use, people can become dependent on the drug. Simply stopping taking barbiturates without clinical supervision (withdrawal from barbiturates) is dangerous to the health and can be life-threatening. Based on the report of medical doctors, these withdrawal symptoms may appear 8-15 hours after stopping the use of barbiturates.

Furthermore, an addict may be at a greater risk of barbiturates overdose if he relapses after a period of abstinence. With prolonged use of the drug, bodies build up a tolerance, requiring more and more of the substance to reach the desired effect. When someone who has built up a tolerance stops taking the drug and has a period of abstinence, that tolerance diminishes. If the addict then decides to return to the use of barbiturates, the body will not be able to handle the same amount of the drug as it did at the peak of usage. This causes shock to the body and can lead to a barbiturates overdose.

For those who want to prevent the dangers of relapse, considering support or help from a rehabilitation center would be of great help. In a rehab center, their healthcare professionals can provide support, care, and a free relapse prevention plan for successful addiction recovery. 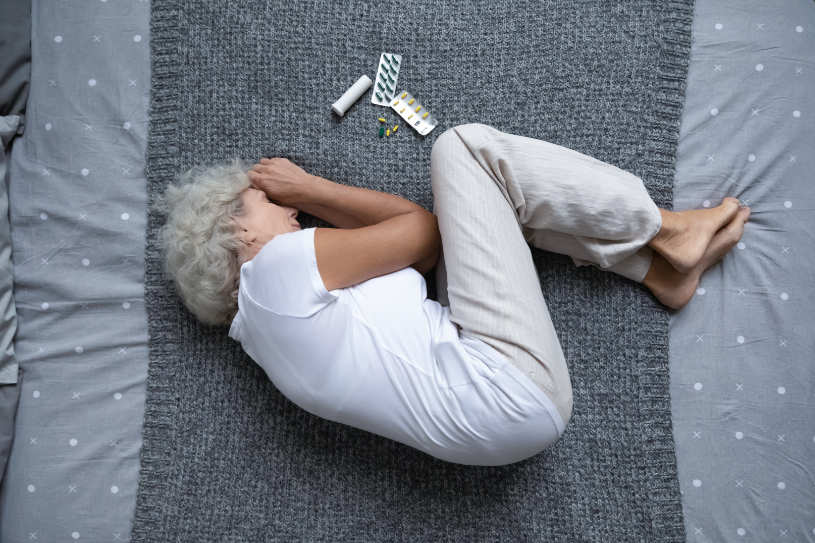 Barbiturate Interactions With Other Drugs And Substances

The most common barb interaction that increases the risk of OD is the interaction of barbiturate with alcohol. Both substances are CNS depressants. Thus, when they are mixed, they produce additive effects, leading to severe brain and respiratory depression. This also goes the same for barbiturates and benzodiazepines interaction. When these two types of drugs are combined, their effects could increase, leading to an OD.

Other drugs that increase the effects of the barbiturates which cause overdose include antihistamines, selective serotonin reuptake inhibitors (SSRIs), opioids, and analgesics. To prevent drug interactions, patients should not self-medicate while on barbiturate treatment and are highly advised to share their current medication with their medical doctors.

What To Do If A Person Has Barbiturate Overdose

A patient who overdosed on barbiturates will be asked to stay in the hospital for additional care and support, and the length of hospitalization would depend on the severity of the overdose. Keep in mind that even if the patient is released from the hospital, it does mean that the recovery is complete. There could be the possibility of subsequent OD. Thus, getting help through the use of a rehabilitation center is necessary.

The treatment of barbiturates overdose is highly supervised. All vital signs are carefully observed and the patient is monitored 24/7 due to various possible health problems. The first thing medical personnel check is breathing and swallowing ability. If a person can breathe and swallow on their own, simple monitoring is enough. A priority for the treatment of a barbiturate overdose is an accurate drug test so that medical professionals know how to best handle the individual’s situation.

This is especially vital because a majority of barb overdoses are a result of a combination of drugs (often barbiturates and alcohol or barbiturates and opioids). If the barbiturate overdose involves opioids, the patient may receive a drug called Naloxone (Narcan) which acts as an antidote to opioid overdoses, quickly restoring breathing functions and consciousness. This clinical intervention often is life-saving.

As said, overdose is related to barb addiction, abuse, and dependence. Thus, OD relapse is possible if a patient will not completely recover from the use of the drug. So, for a successful recovery, considering addiction treatment from a rehab center is highly recommended. There are treatment stages and drug intervention when it comes to barb addiction and abuse. Patients can also choose from an in-patient or out-patient rehabilitation center. During this time of the pandemic, there are narcotics anonymous meetings online to help patients live a life free from addiction.