Alcohol And Barbiturates Consumed Together

Learn About Alcohol And Barbiturates:

The effects of drugs and alcohol, when mixed together, are nearly always dangerous. However, when in combination with alcohol, barbiturates are particularly risky. Both alcohol and barbiturates are depressants, which means they slow down the functions of the central nervous system. As such, the direct health effects of combining substances like phenobarbital and alcohol are the slowing of heart rate and respiration, potentially to the point of death.
Other potential health effects of combining liquor with these medications include:

It is important to note that users might mix barbiturates with liquor accidentally. Depending on the specific medication taken, these drugs can remain in the body for days. A user could think that because they are no longer feeling the effects of the medication, drinking is safe. Anyone taking medicines in this class needs to research the window of safe liquor use before drinking.

Statistics on Barbiturates and Drinking

While the mixing of liquor and barbiturates is not as common as using it with other drugs of abuse, it still happens far too often. It is estimated that roughly 12 percent of individuals with alcohol use disorder also abuse barbiturates. Sadly, the results are often deadly, with the majority of barbiturate overdoses being related to their combination with alcohol. While the reasons users choose to mix the two substances vary, most claim it is because barbiturates boost the blood alcohol content when drinking and amplify the effects. 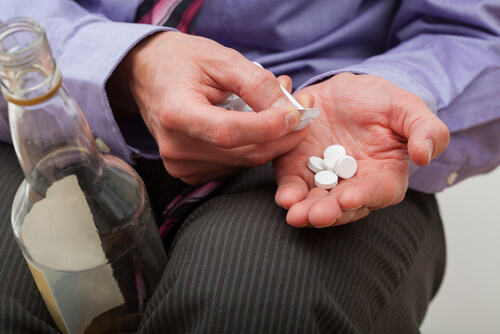 Those suffering from booze addiction develop a tolerance not just to liquor, but to other substances, which includes barbiturates. As a result, those with alcohol use disorder tend to take larger quantities of barbiturates right from the start, putting them at increased risk of overdose. This is why alcohol abuse increases tolerance to barbiturates.
Barbiturates and alcohol create an effect that tends to appeal to those who enjoy a depressant-type high. However, it is far from the only combination people use. Alcohol and inhalants and liquor and stimulants are also used.

Signs Someone Is Using Barbiturates and Alcohol Together

Both liquor misuse and barbiturate addiction have similar symptoms of use. When barbiturates and ethanol are used together, these symptoms tend to be amplified, being much worse than when each substance is used on its own. Signs of barbiturate and alcohol use include:

Anyone who is displaying these symptoms needs medical attention, whether or not the root cause is abuse. Do not be afraid to seek help if these signs are observed.

Given that the combination of barbiturates and liquor is known to be dangerous, it may seem strange that rehab centers use phenobarbital for alcohol withdrawal in some cases. However, so long as the user is not drinking during treatment, this is safe.

Barbiturates can treat seizures associated with alcohol withdrawal, allowing an emergency department to stabilize a patient and making it easier for a detox program to get the user clean safely. In fact, research has shown that phenobarbital is more effective than the benzodiazepines most programs rely on. However, only a doctor should decide upon the type of medication for each individual case. Self-medication is a dangerous practice.

How Ethanol and Barbiturate Addiction Is Treated

The exact method used to treat liquor and barbiturate addiction will vary between patients. For example, if a patient seeks treatment but also has an underlying health condition, that condition may need treatment first. However, since the answer to if one can drink alcohol while taking antibiotics is no, treatment and detox may need to be cooccurring. 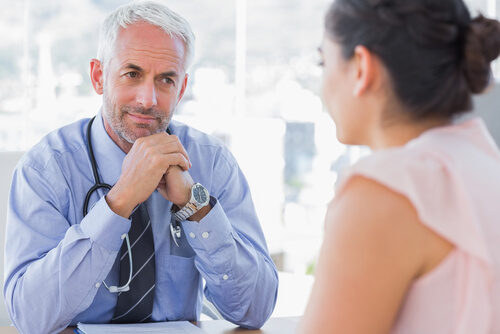 If the user has reached the point of tolerance, they may need a detox program to withdrawal from barbiturates and alcohol. This is a supervised withdrawal process that uses special techniques and medications to speed up the detox process while keeping the user physically stable and safe.
Withdrawal from heavy barbiturate or alcohol use almost always requires medical intervention to keep the patient stable. For example, muscle relaxers and alcohol withdrawal can help prevent the cramps associated with the process, thus lowering the pain the person experiences and the stress on their heart.

It is critical that the detox process is not attempted at home, as it is easier for the user to replace one addiction with another.

Once the user has detoxed from both substances, active addiction treatment can begin. This may include things like one-on-one therapy, group therapy, and holistic services such as yoga. If it is found that the user has an underlying mood disorder fueling their addiction, depression treatment pills and alcohol recovery could be the needed combination. Ultimately, every person’s recovery will be unique, based on what they need.
If someone is battling with liquor and barbiturate use, they need to seek help with ending their addiction. The risk and ease of overdose with this combination is significant, making the likelihood of death too high to ignore. With the right rehabilitation program, it is possible to live a sober life.