How Long Do Barbiturates Stay In Your System: Their MOA And Drug Test

Barbiturates belong to the drug class called sedative-hypnotics. Generally, patients under the treatment of these drugs require sedation. People who are taking barbiturate drugs, whether prescribed or not, may be concerned about the drug’s effects on a drug test. Barbiturate drug testing may be used by employers, medical professionals, corrections officers, and even concerned parents. This means that abusing barbiturate drugs can affect both family relationships and careers. In 2018, it was reported that around 405,000 individuals 12 years old above in the United States misuse the use of barbiturate drugs.

What Do Barbiturates Do?

The barbiturates mechanism of action is stimulating the gamma-aminobutyric acid or GABA neurotransmitter in the brain, thereby inhibiting the central nervous system activity, eventually causing CNS depression. However, the barbiturates mechanism of action varies depending on the purpose of drug use. So, what do barbiturates do? There are many barbiturate uses and when used as a medication, the drug can be used in the treatment of anxiety, reduces muscle spasms, induces sleep, and prevents seizures. Moreover, intravenous barb medications such as Thiopental are used as anesthesia and Methohexital for procedural sedation, especially in neonates.

Take note that there are four types of barb medications – ultra short-acting, short-acting, intermediate-acting, and long-acting. Depending on the therapy and urgency of treatment needed for the patient, a doctor will choose among which of these types should be used. Each of these types comes with a different onset and offset of effects and this is a reason why self-medicating on barb medications is not advised. Addiction can also occur if the barb medications are taken for a longer period than required. More importantly, these drugs should not be taken with alcohol as these can lead to a barbiturate drug overdose.

How Long Do Barbiturates Stay in Your System

With that said, average detection times for the majority of medications in the barbiturate class are as follows:

In general, most people testing for drug use will rely on the urine test. Given that barb medications in urine last for quite a while, this means that anyone who is both using the drugs and likely to get tested for barb medications will most likely turn up a positive result.

As said, there are four types of barb medications and each of these types comes with different half-lives. However, this does not mean that all drugs from a specific type have the same half-life. To understand more, take a look at the information below:

It should be noted that much of what barb medications treat can also be addressed with medications of other classes. Aside from barbiturates side effects, if someone is worried about half-lives and drug testing, they should discuss benzodiazepines vs. barbiturates with their doctor.

Employers will often require drug testing as part of the pre-employment process. This is to see if the employee is possibly having a drug addiction. Depending on the type of work, employees may be subject to random drug screenings and even alcohol screening throughout their time with the company. Anyone seeking employment or who has a job with such a company should be concerned about passing the drug test. Most companies that offer drug tests use a simple 5-panel drug test. This looks for illegal drugs such as amphetamines, cocaine, marijuana, opiates, and phencyclidine (PCP).

According to the SAMHSA, aside from these five categories of drugs, additional categories include barbiturate drugs. Should a company opt for a barbiturate drug test, a seven-panel drug test will be used. Companies who choose these larger tests usually do so only if there is a great concern regarding drug addiction and intoxication on the job. For example, someone who operates a forklift might need to be tested for barbiturate drugs and other medications for substances such as alcohol that can cause drowsiness.

If someone tests positive for barbiturate drugs and does not have a prescription, the outcome will depend on who administered the test and whether or not it was a false-positive. Take note that barbiturate drugs are used for legitimate medical applications. As such, some employers might see a positive result and ignore it, assuming that taking them is not expected to impact performance on the job. If the positive test is a false-positive, the person will need to contest the results and demand a more accurate form of testing.

To avoid employment and even relationship complications, if a patient is under the treatment of barbiturate drugs or is using medications that can cause false-positive barbiturates, it is highly advised to present the prescription given by a medical doctor. 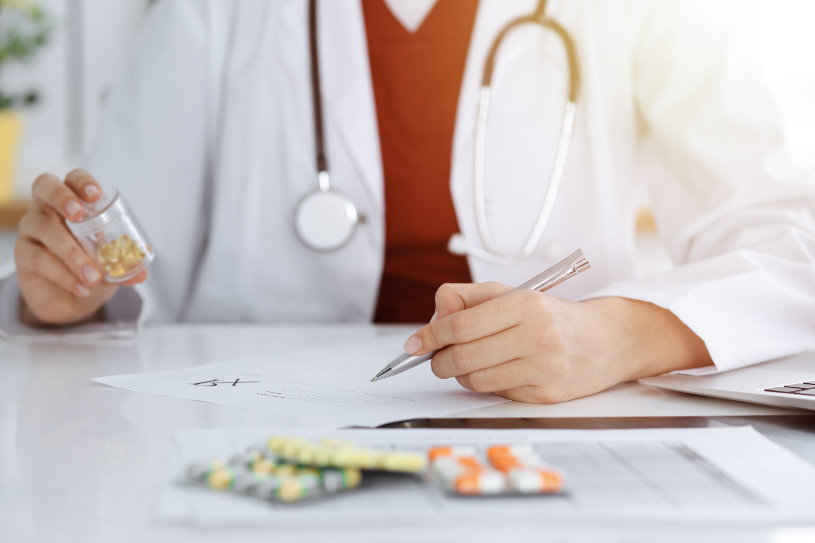 Factors That Impact How Long Barbiturates Remain in the System

While there are general guidelines for how long barbiturate medications stay in the system, many factors can alter that length. Some factors can allow users to pass a barbiturate drug test sooner, while others may mean the medication is detectable for longer. For example, in the information given by Prescriber’s Digital Reference, the mean half-life of Phenobarbital of 79 hours can be prolonged in neonates.

Other Factors Impacting the Length of Time Barbiturate Drugs Remain in the System Include:

As such, no one can know with certainty how long their use will remain detectable. There are some barbiturate drugs like the short-acting Pentobarbital that are dose-dependent. This means that the mean half-life of Pentobarbital, which is 20 hours, can be prolonged when the dose taken becomes higher.

How to Safely Eliminate Barbiturates From Your Body

There is no surefire way to speed up the elimination of barbiturate drugs to ensure someone can pass a barbiturate drug test. Not even stopping the use of alcohol together with the drug could help. It is also important to understand that those under the treatment of barbiturate drugs should not abruptly stop the use of the medications just to avoid getting a positive drug test. Once someone stops their use, they must expect to experience barbiturate withdrawal effects and should undergo detoxification. These withdrawal effects, if not treated well, are dangerous because they can become fatal.

Furthermore, an at-home treatment like eating well, drinking lots of water and avoiding alcohol use, exercising, or getting the right amount of sleep, can all help speed up the detoxification process. However, they do not guarantee that someone will pass the drug test. If someone is using barbiturate drugs habitually, whether they are prescribed or not, they need to seek addiction treatment. To avoid withdrawal effects, considering drug rehabilitation centers is of great help. Healthcare professionals in these centers have the expertise required to ensure users can get clean of both barbiturate drugs and alcohol safely. Detox medications will be given by rehab center workers, and during this time of the pandemic, patients will also get a guide about at-home self-detox.