SSRI Antidepressants: Their Side Effects, Uses, And MOA

What Are SSRI Antidepressants?

SSRI medications are the most commonly prescribed antidepressants in the United States. Standing for selective serotonin reuptake inhibitors, these popular antidepressants are favored due to their lower risk of side effects compared to other depression drug classes.

Most doctors will first turn to these depression medications before considering others unless there is a strong reason for them to try another class.

Selective serotonin reuptake inhibitors first gained FDA approval in the late 1980s. In the decades since numerous drugs in the class have been approved. In fact, there are more different SSRI antidepressants on the market than there are in any of the other depression drug classes.

The list of SSRI antidepressants with FDA approval is as follows:

Of these, citalopram is the most frequently prescribed due to it being the best tolerated in clinical trials. Other top SSRI antidepressants are escitalopram and fluoxetine. 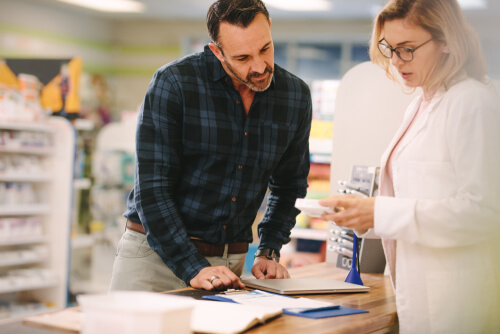 How Do SSRI Antidepressants Work?

Most researchers within the field believe that SSRI depressants’ mode of action comes down to their interaction with the presynaptic cell. It is believed that they prevent the presynaptic cell from reabsorbing serotonin. As a result, there is more serotonin, a known feel-good chemical, left in the brain, making it easy for it to bind to the postsynaptic receptor. This is what gives SSRIs their name.

Depending on the SSRI antidepressant being taken, it may have effects on other monoamine transporters. Pure selective serotonin reuptake inhibitors have minimal effect on norepinephrine and dopamine transporters, but combination medications may target them.

Depending on the medication and the person taking it, most popular SSRI antidepressants take at least four weeks to start working. Some take as long as two months.

As is clear from the name, one of the conditions SSRI antidepressants treat is depression. This is the condition the medicines were developed to alleviate, and they are often prescribed for both major depressive disorder, as well as mild to moderate depression. While there is debate over their effectiveness in treating mild to moderate depression, the fact remains they are prescribed for this. 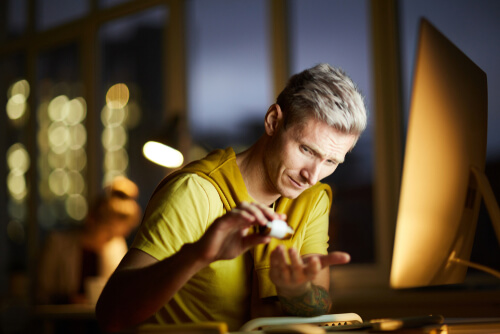 However, depression treatment may soon be eclipsed by their use in the treatment of anxiety. The use of SSRI antidepressants for anxiety is steadily rising and is currently the second most common application of the drugs.

There are also numerous off-label uses of drugs. While not officially approved for these applications, their use is supported by limited research. These applications include:

Many of these applications require long-term use of antidepressants, which can be problematic in some cases. Patients should research their options before agreeing to extended treatment with these medications. Before using medication, always consult with a doctor.

There are both short-term and long-term effects of SSRI antidepressants. These include:

Of these, the most common long-term side effects of antidepressants are those associated with sexual dysfunction. Users can look into how to increase libido while on antidepressants to counteract this problem.

Also, SSRIs are known to be antidepressants that don’t cause weight gain, though this can vary between patients. Ultimately, users cannot know what side effects they will experience until they begin taking the medication.

SSRI medications have numerous food and drug interactions. As a result, users need to be honest with their doctor about all medications, drugs, and other substances they are taking, including over-the-counter medications and supplements. The most concerning result of an interaction is serotonin syndrome, which can prove deadly. However, there are many lesser interactions which can be dangerous in their own ways.

Medications that can interact with SSRIs include:

Users should keep in mind that this is not a complete list, and new interactions may be discovered at any time. It is vital that anyone taking SSRI depression medications speaks openly with their doctor about all substances they are using.

With SSRI drugs, the only food interaction of note is with caffeine. When some SSRIs are mixed with caffeine, it can induce heart palpitations, general feelings of sickness, restlessness, and sleep troubles. Any foods or drinks that contain caffeine should be consumed in limited amounts or removed from the diet completely.

Not everyone is a good candidate for treatment with SSRI antidepressants. Cautions when taking them include: 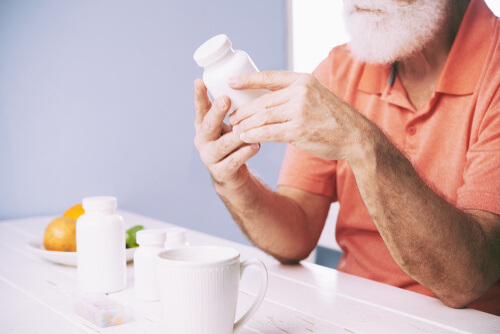 There is concern over using antidepressants while breastfeeding or pregnant. With SSRIs, doctors will sometimes feel they are safe enough and the need of the mother so great that the risks are worth continued use. However, the mother should be informed as to the dangers.

Driving on medication. When SSRIs are first started, drowsiness is a significant concern. People should not drive or operate heavy machinery until they know how the medication affects them.

As is the case with all depression medications, there is a black box warning on SSRIs. This warning is there because they have the potential to increase the risk of experiencing suicidal thoughts and actions. This risk is greatest in the first months of taking them and is more likely to be experienced by those under the age of 25.

Stopping antidepressants cold turkey can also increase the risk of suicidal thoughts and tendencies occurring. It is always better to find professional treatment for substance abuse to speed up the recovery process as well as minimize health risks.

Addiction To SSRI Antidepressants And Its Treatment

While SSRI medications can greatly help those who take them, they are not without their risks. There is always a possibility to become addicted to SSRIs. As with all antidepressants, SSRIs addiction can manifest physically and psychologically. People often cannot understand why they become addicted to their SSRI meds. However, the fact is that long-term use almost always results in some sort of addiction. The point here is that with the right tapering schedule, patients can overcome addiction.

Whether someone feels addicted to them or just wants to stop safely, drug rehab centers offer the right treatment for stopping SSRIs. It is possible to move away from medication use while still living a good life.