Antidepressants During Pregnancy And Breastfeeding

Many women who deal with depression must take antidepressants during pregnancy to keep the symptoms under control. There are pros and cons regarding the safety of taking antidepressants while pregnant, but research shows that most depression medications, especially SSRIs, are generally safe.

Learn About Antidepressants During Pregnancy & Breastfeeding:

Can Women Take Antidepressants While Pregnant?

Studies show that almost 30% of babies with mothers who took SSRIs during pregnancies will develop neonatal adaptation syndrome, which causes irritability, increased jitteriness, and difficulty breathing to name some of the side effects. Doctors are still not sure if the syndrome is caused by the exposure to antidepressants while pregnant or due to the baby’s withdrawal symptoms after birth.

On the other hand, leaving the mother with untreated depression can have worse effects on the mother, the unborn baby, and the mother’s family (other potential children).  Women who suffer from depression are less willing to take care of themselves during pregnancy and are prone to risky behaviors, such as smoking, drinking alcohol, or taking drugs. Therefore, antidepressants during pregnancy should be considered, among other options.

All these actions might lead to severe and even life-threatening problems for the baby, including low birth weight, preterm birth, or even miscarriage. That is why experts believe that it is for both the baby and the mother’s sake to continue the treatment during pregnancy. This applies especially if the mother has a history of severe depression, suicide attempts, or other mental illnesses. 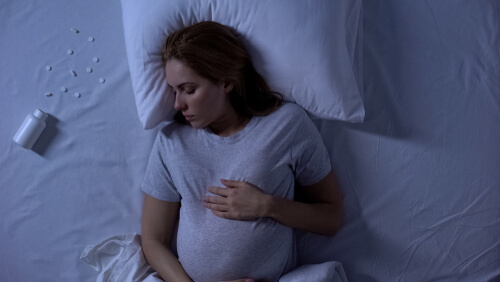 There are numerous risks connected to antidepressants and pregnancy.

Reported risks for the child are:

It is still not clear what are the long-term effects of taking antidepressants while pregnant on the development and behavior of the child. Scientists have found a difference in attention, mood, behavior, IQ, and activity level in children exposed to such drugs.

Other risks are withdrawal symptoms in babies:

Antidepressants During Pregnancy And Autism Risk

Scientists have linked antidepressants and autism, with increased chances for children exposed to depression medication while in the womb to develop ASD (Autism Spectrum Disorder) or ADHD (Attention Deficit Hyperactivity Disorder).

The overall risk is low, with less than 1% of 150,000 children being diagnosed with Autism by the age of 7. The risk rises if the medication is administered in the second and third trimesters of pregnancy, with a probability increase of almost 87% compared to children who were not exposed to depression treatment.

There is a list of atypical antidepressants, such as Agomelatine, Bupropion, or Mirtazapine, which are a good option for patients with significant depression who cannot withstand the effects of SSRIs, but which are contra-indicated during pregnancy. Also, some examples of MAOI antidepressants that should be avoided in pregnancy are phenelzine (Nardil) and tranylcypromine (Parnate). They have pregnancy category C and can harm a baby.

There are several antidepressants that help with sleep and depression that pose a decreased risk in pregnancy and are considered safer.

It does not mean that the above-mentioned antidepressants during pregnancy are 100% safe, they can pose health hazards as well. On the other side, different depression drugs can be safer. Everything depends on the case. That’s why it is critical to consult with a doctor and discuss possible options.

If the woman decides to change the treatment in the middle of pregnancy, due to concerns regarding the current medical treatment, this should be done only with the doctor’s advice. There are also some natural alternatives to antidepressants for mild forms of depression, which also need a doctor’s consultation before a pregnant woman starts taking them.

Can One Take Antidepressants While Breastfeeding

Many women are reluctant when it comes to taking antidepressants while breastfeeding, but the treatment can be safely continued with careful monitoring of the baby and mother. Specialists do not encourage changing the effective medication for an untried one during the postnatal period, to avoid the risk of relapse.

Women who are already taking antidepressants while pregnant are encouraged to continue it for at least six months after giving birth, to avoid a relapse of depression episodes.

If the treatment is started during pregnancy, the mother should inform the doctor about her intention to breastfeed to develop the most appropriate treatment plan. A woman will be informed on how to get prescribed antidepressants that will keep the baby safe. 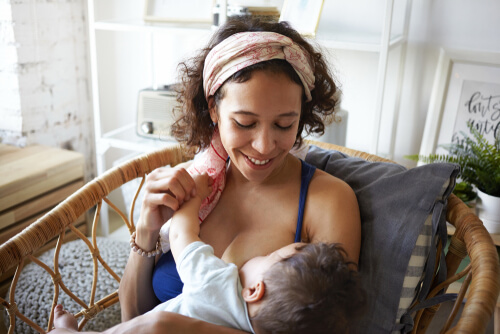 The most prescribed SSRI for depression for women who are breastfeeding is Sertraline, due to its relatively shorter half-life, when compared to other choices such as Citalopram or Fluoxetine, which could also buildup in the child’s system.

Another option is Paroxetine. It is comparatively safe antidepressants while breastfeeding, which has a short half-life, but which might lead to withdrawal symptoms, such as dizziness, gastrointestinal disturbances, insomnia, headache, dry mouth, constipation, sedation, antimuscarinic side effects or anxiety.

Imipramine and nortriptyline also have short half-lives and lower risk of side effects and sedation, compared to other tetracyclic antidepressants drugs.

Although all depression medications pass through the breast milk into the child’s system, a specialized physician will be able to prescribe the ones that will be quickly eliminated with minimum side effects.

When it comes to breastfeeding, pregnancy, and antidepressants, professional help is of utmost importance for the safety of both the baby and the mother. Even if the drugs are taken with all the caution, the child can develop withdrawal symptoms. There are specialized centers with personalized treatment plans created according to the patient’s needs. The patient should also know beforehand how long for antidepressants to start working to avoid a possible overdose.

If the mother decides to stop the treatment while breastfeeding, this should be done under a professional’s supervision. The risks associated with most depression medicine is low when under medical supervision. Still, in the case of any signs of abuse or addiction, it is better to contact the drug rehabilitation facilities to address the problem as soon as possible.