Drug interactions with Elavil can result in many severe as well as minor reactions, thus it is important for patients to be aware of them and keep themselves safe.

Although largely supplanted by the newer generation of antidepressants (SSRIs, SNRIs) for the treatment of depression, Tricyclic Antidepressants (TCA) are still used today. Today Amitriptyline, which is among the most commonly used Tricyclic Antidepressants, is used by doctors to treat refractory cases of depression and manage symptoms of neuropathic pain. As such, Amitriptyline drug reactions are still encountered. Also, Amitriptyline’s mechanism of action which has effects on several neurotransmitters and receptors, makes Amitriptyline interactions more common, as other drugs may also act on the same substrates and receptors.

When Discussing Drug-Drug Interactions, There Can Be Several Types Regardless of Which Two or More Medications They Are Occurring Between.

Also, it is important to remember that several types of DDIs can occur together, even when just taking two drugs.

Furthermore, whether or not a drug-drug interaction will occur and produce an adverse effect depends on both patient- and drug-specific factors.

As such predicting whether a DDI will occur or with what degree of severity in a given individual is highly variable and quite difficult.

Alcohol is the bane of drug-drug interactions. The type of DDI that will be produced when Amitriptyline and Alcohol are co-administered will depend on the degree of Alcohol use.

Therefore, it is recommended to completely avoid combining Amitriptyline and Alcohol use to avoid the aforementioned complications. 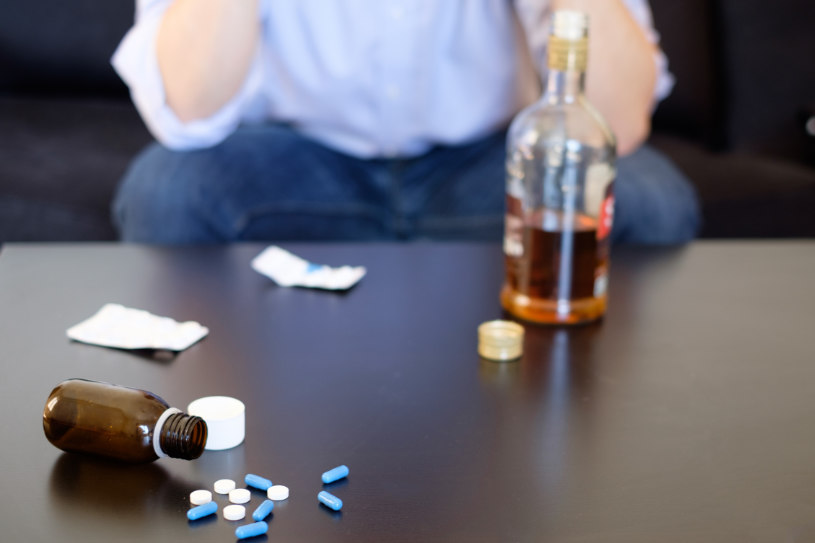 The following is a list that offers an overview of drug-drug interactions which can occur between Tricyclic Antidepressants and other medication groups:

Below, will be discussed DDIs between Elavil and a select few drugs from the abovementioned groups of medications.

One of the most dangerous Elavil drug interactions involves cannabis or marijuana. Both Elavil and marijuana can cause adverse cardiovascular symptoms like tachycardia, various arrhythmias, palpitations, and high blood pressure. There’s also a risk of other side effects such as restlessness, mood swings, confusion, and hallucinations.

As cannabis can also increase the heart rate and cardiac output for up to 3 hours, the side effects of Elavil while interacting with marijuana can be life-threatening. One may suffer from myocardial infarction, heart failure, and stroke. Hence, the co-administration of these two substances should be avoided.

Amitriptyline’s mechanism of action which has effects on several neurotransmitters and receptors, makes Amitriptyline interactions more common, as other drugs may also act on the same substrates and receptors.

Amitriptyline and Zoloft are both drugs used separately for the treatment of depression. In addition to having additive effects through inhibition of serotonin reuptake. Sertraline(Zoloft) can inhibit the CYP2D6-mediated metabolism of Elavil, which will cause the accumulation of Elavil in the systemic circulation. The resultant effect of Elavil accumulation and additive SSRI action will be that of Serotonin Toxicity and Serotonin Syndrome with patients experiencing symptoms such as poor eyesight, dry mouth, constipation, sedation, urinary retention, stomach cramps, confusion, shivering, sweating, poor muscle coordination, pupillary dilatation, high blood pressure, and high heart rate. As such taking Amitriptyline and Zoloft together without the help and guidance of a medical doctor is not advised.

The neuromuscular excitability, autonomic dysfunction, altered mental status of Serotonin Syndrome can be dangerous and even life-threatening for some patients. If experience, emergency medical services must be contacted immediately.

Both Amitriptyline and Nortriptyline are Tricyclic Antidepressants. These two drugs have the same mechanism of action with the same side effects. Using them together would produce additive effects with a person experiencing acute toxicity of TCAs which could include symptoms such as:

These symptoms may be life-threatening and if experienced require urgent attention by emergency medical services. 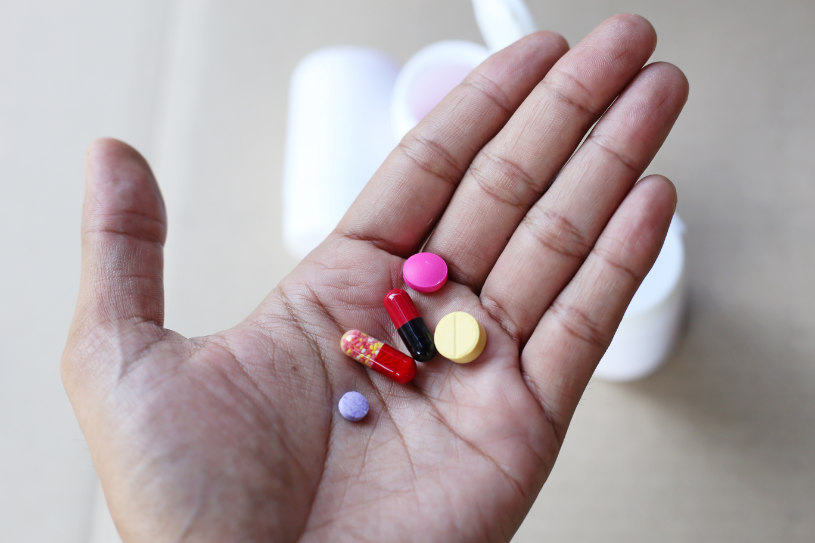 Combined Amitriptyline and Melatonin may cause oversedation and increase bleeding risk. Melatonin supplements are generally used for the short-term treatment of sleep, such as delayed sleep onset or jet lag. These side effects are commonly observed among the elderly, as well as those who are younger but with complex medical conditions.

Amitriptyline and Lexapro should also not be used together for the same reason that Elavil should not be used with Zoloft. Lexapro and Elavil are both antidepressants with SSRI properties, and their combination can produce Serotonin Syndrome with the same symptoms as mentioned above. Furthermore, this combination can increase the risk of QT prolongation, which can cause sudden syncope or even death.

Amitriptyline and Cymbalta are also antidepressants with shared SSRI effects and their combination interaction will analogously increase the risk of Serotonin Syndrome. Once again, if this condition is left unattended, it can cause severe adverse effects, including a blurring of vision, confusion, fluctuating blood pressure, and tachycardia. Furthermore, this combination also can increase the risk of causing hyponatremia, which can manifest as mental status, nausea, vomiting, muscle weakness, hyporeflexia, and if severe even seizures and coma.

There are numerous Elvail interactions with other drugs. This list is quite large, and the degree of interaction between these medications may be minor. Below is offered a list of some drugs that may have a DDI if concurrently used with TCAs, and as such, should be avoided:

The list of possible drugs that may cause QT-prolongation or have antimuscarinic properties is enormous. Furthermore, this list is unfortunately not exhaustive as DDIs are quite complex and diverse and may occur with numerous drugs. For specific and individualized information, consult a medical doctor regarding DDI information before beginning treatment of depression or neuropathic pain with Elavil.

Be Aware Of Elavil Drug Interactions

Drug interactions with Elavil can result in many severe as well as minor reactions and even result in Amitriptyline withdrawal. It is important for patients to be aware of them and keep themselves safe. If a patient has limited information on any Elavil drug interaction, a medical doctor’s consultation is required. In general, each case is unique, so the patients have to report about all medications they are currently taking before Elavil treatment.

Additionally, if the signs of abuse are observed, it’s critical to get professional addiction treatment. Getting help from drug rehab centers is among the best options. However, the patients can consult with their physicians to receive information about the right treatment facility for them.