Amitriptyline, marketed as Elavil, is a tricyclic antidepressant (TCA) medication. TCAs were the dominant class of antidepressant drugs on the market until the 1980s-1990s but were quickly supplanted by a newer generation of drugs. The reasons behind their loss of popularity derived mainly from their poor tolerability due to a wide spectrum of Amitriptyline adverse effects, the difficulty of their use, and the high risk of lethality in overdose. Regardless, Amitriptyline is among the nine TCAs that are available on the U.S. market today, but due to its tendency to exhibit serious side effects, it is no longer used as a first-line drug for the treatment of depression. Today, Amitriptyline along with other TCAs is reserved for the treatment of depression that is unresponsive to more commonly used antidepressants. Also, alternative, non-FDA approved uses of Amitriptyline include management of Neuropathic pain of diabetes, fibromyalgia, and postherpetic neuralgia; Prevention of migraine headaches; Treatment of anxiety and PTSD; as well as Management of Inflammatory Bowel Disease (IBD) and Cystitis.  This article endeavors to discuss those Amitriptyline side effects, warnings, and precautions that individuals should be aware of before and during their treatment with Amitriptyline.

Emergence of Amitriptyline side effects depends on different factors, some of them may be age, gender, dose, drug formulation, route of administration, and drug-to-drug interactions due to polypharmacy all play important roles.

What Are Amitriptyline Side Effects?

As mentioned above, Amitriptyline is a Tricyclic Antidepressant (TCA) that primarily works by inhibiting the reuptake of Serotonin and Norepinephrine. In addition, it also has potent effects on alpha-adrenergic, histamine (H1), and muscarinic (M1) receptors within the central nervous system.

The Most Frequently Encountered Amitriptyline Side Effects Are Primarily Related to Its Anticholinergic/Antimuscarinic and Anti-Histaminergic Effects. These Include:

In addition to the aforementioned Amitriptyline adverse effects, there can be numerous others. Below Are Offered Some of These Side Effects of Amitriptyline Broken Down by Body System and in the Order of Increasing Severity.

As always, there can always be other adverse reactions than the ones listed above as side effects of Amitriptyline can be idiosyncratic, as previously mentioned. Therefore it is important that patients seek medical help from a doctor if they experience any of the aforementioned Amitriptyline adverse effects.

Factors That Impact Side Effect Emergence

Drug side effects are also known as Adverse Drug Reactions (ADRs). ADRs are defined as undesirable effects, reasonably associated with the use of a drug that may occur as a part of the pharmacological action of a drug or may be unpredictable/idiosyncratic in their occurrence (Edwards and Aronson, 2000). It is ubiquitously accepted that ADRs are multifactorial in origin, being affected by various genetic and environmental factors. Below are offered some of the factors that could affect the emergence of the side effect of Amitriptyline or any other medication:

These are just some of the numerous factors that can affect the emergence of drug-related, and specifically Amitriptyline side effects. However, more complicated factors such as dose, drug formulation, route of administration, and drug-to-drug interactions due to polypharmacy all play important roles. As such, it is important to consult a medical doctor for information about specific risk factors that one may have that predisposes them to the emergence of various ADRs or specifically, the side effects of Amitriptyline.

Before beginning treatment, consider possible withdrawal symptoms of Elavil, all past and present medical conditions, all medications, and allergies should be disclosed to the prescribing physician.

Sexual Dysfunction as a Side Effect of Amitriptyline

Sexual dysfunction is among the commonly reported Amitriptyline side effects. The sexual act is very complex, involving emotional and psychological aspects. It is comprised of five successive stages: Desire, Excitement, Plateau, Orgasm, and Resolution. Each of which is governed by a complex interaction between neurotransmitters, hormones, and peptides. It is assumed that antidepressants, by altering the levels of neurotransmitters, impact the various stages of the sexual response cycle and cause various types of dysfunctions. To pinpoint the prevalence of antidepressant-associated sexual dysfunction is quite difficult due to variability between studies, and underreporting as well as lack of discussion and assessment in the past. However, it is purported that around 40% of individuals taking antidepressants will develop some type of symptoms related to sexual dysfunction. With regard to Amitriptyline, it seems to have a lesser propensity for causing sexual dysfunction, at around ~30%, when compared to newer drugs used for depression such as SSRIs and SNRIs.

What exactly are the symptoms of sexual dysfunction? These can include dysfunction in any of the five aforementioned stages of the sexual response cycle. However, the Most Frequently Reported Symptoms Include:

Furthermore, a six-fold disparity exists between the emergence of sexual dysfunction in men when compared to women.

Managing the sexual side effects of Amitriptyline is very important, as it can be a source of distress to the patient, impacting their social life, self-esteem, and most importantly adherence to antidepressant therapy. The following approaches can be taken to cope with the aforementioned symptoms of sexual dysfunction: 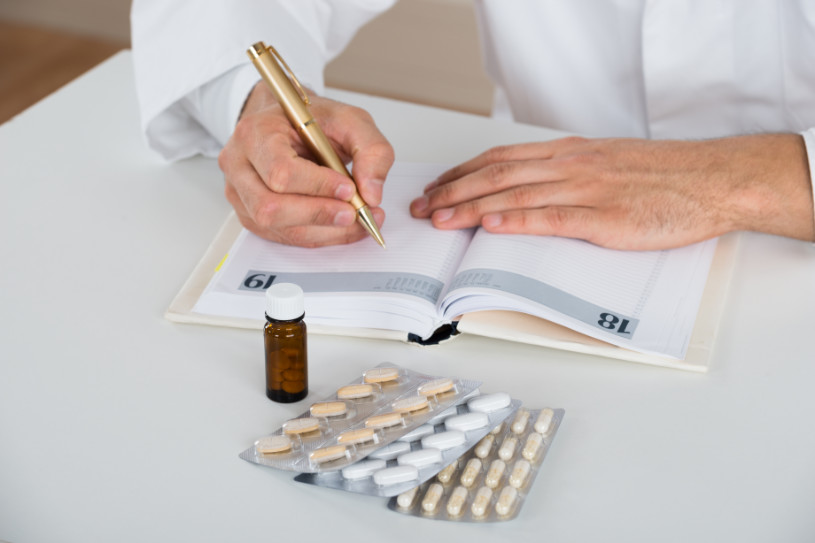 Alteration in weight can be caused by depression itself. Certain types of depression are characterized by an increased appetite with polyphagia whereas others as characterized by a decreased appetite and anorexia. On the other hand, Amitriptyline weight gain can occur with use, resulting from an increased appetite produced by an alteration of those neurotransmitters that are involved in the regulation of satiety. In others, however, Amitriptyline weight loss can be experienced. Therefore, it is important to identify the true cause of the weight alterations that one may be experiencing before making any changes.

Information regarding Amitriptyline and pregnancy is lacking. Currently, Amitriptyline is classified as Category C medication, and it has been known to be excreted in breast milk. As such, there may be some associated risk to the fetus, but this risk is currently unquantified. Thus, the use of Amitriptyline in pregnancy and postpartum is warranted under the supervision of a medical professional and only when the potential benefits of its use outweigh the potential risk it may pose to the fetus or the breastfeeding infant. Therefore, it is important to provide a prescribing physician with information on whether you are pregnant or plan on becoming pregnant before taking Elavil.

The following Amitriptyline Warnings and precautions should be taken into account before beginning treatment with Elavil. These considerations are critical and may result in life-threatening complications if not adhered to.

Although the aforementioned Amitriptyline Warnings and precautions are the ones that are most frequently encountered, it should be remembered that this is not an exhaustive list and there may be other warnings and precautions that are specifically applicable to a particular individual. As such, before beginning treatment, consider possible withdrawal symptoms of Elavil, all past and present medical conditions, all medications, and allergies should be disclosed to the prescribing physician.

Know Elavil Side Effects For Their Timely Management

Using Amitriptyline to treat depression has become uncommon. However, in those special circumstances, such as neuropathic pain or prophylaxis of migraine headaches, where it has to be used, and its side effects do emerge, dealing with them is very important to users and doctors alike. As uncomfortable adverse reactions are one of the major barriers to treatment adherence. Managing these side effects is not all that different from those steps listed above for the management of sexual dysfunction. After all, sexual dysfunction is an uncomfortable side effect of Elavil. Generally, watchful waiting is often a reasonable option, since our bodies adapt to Elavil over time with which adverse effects diminish. If ineffective, reducing or adjusting the dose are reasonable options. And lastly, switching to another antidepressant or adding another medication, but first consider Amitriptilyne drug interactions, to manage the uncomfortable side effects should be done. However, it is always important to remember that these decisions should be made under the guidance and supervision of a healthcare professional.