Amitriptyline Weight Gain: Can It Cause Weight Changes?

Alterations in weight are frequently encountered side effects when it comes to depression and its treatments. It is commonly known among people that taking antidepressant drugs, including Amitriptyline (Elavil), can be associated with weight gain. However, the mechanisms behind the alterations in weight seen with both short and long-term antidepressant/Elavil use are much more complicated. Furthermore, this side effect can be so distressing to people taking antidepressants such as Elavil, that it prevents their adherence to medical therapy, which can have serious consequences on their health. Due to the prominence of weight alterations among the vast Amitriptyline side effects, this article will endeavor to discuss the associations between Amitriptyline and weight gain or loss, as well as what can be done to deal with this frequent and bothersome issue.

It is important to remember that the cause of an increase in weight is not always related to Amitriptyline side effects, but rather can be related to major depression or its successful treatment.

The Interaction Between Depression, Antidepressant, And Weight Problems

Regulation of hunger and satiety, which essentially governs weight gain, involves a complex web that links various neurotransmitters, hormones, and peptides between the hypothalamus and the gastrointestinal tract. This system is very complex and involves numerous factors in delicate balance with each other. The cause of Major Depression, according to the monoamine hypothesis, is the deficiency of certain monoamine neurotransmitters in the Central Nervous System (CNS). Some of these neurotransmitters, such as Serotonin, are the same ones that are involved in the regulation of hunger and satiety, and as a result loss of appetite with weight loss are frequently encountered with typical cases of depression.

However, atypical forms of depression also exist in which people experience increased appetite, carbohydrate cravings, and subsequent weight gain. To make matters more confusing, the mechanism of action of Amitriptyline and other Tricyclic Antidepressants which are used to treat depression also affect the same neurotransmitters and peptides which are involved in the regulation of hunger, satiety, and gaining of weight.

Therefore, the Causes Associated With Increased Weight During Depression and/or Its Treatment Can Be Related To:

As such, it is important to remember that the cause of an increase in weight is not always related to Amitriptyline side effects, but rather can be related to major depression or its successful treatment. Also, it is always worth considering whether weight gain may be related to some other drug a person may be taking and as such careful evaluation by a medical professional is of paramount importance. 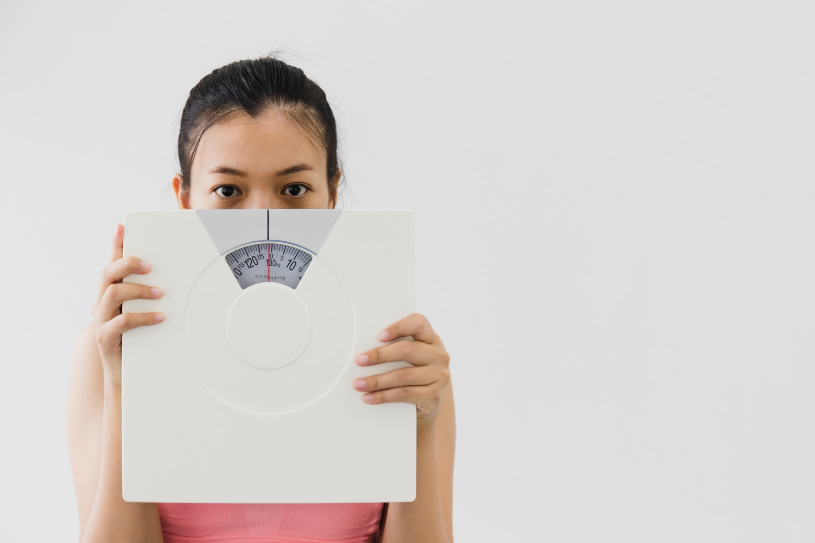 As mentioned above, the use of antidepressants such as Elavil could be related to gaining some weight. In fact, studies report that this is one of the most frequent untoward Amitriptyline adverse effects, and one of the reasons for non-adherence to antidepressants. Several theories suggest a link between an increase in weight and Elavil use. Outside of the cause of the weight gain being attributed to depression itself or its success of treatment, the most plausible cause is Amitriptyline’s ability to block Histamine receptors. This action is linked with an increase in appetite. Suggestions of Amitriptyline weight gain being linked with its ability to cause cravings for carbohydrate and sweets is also possible.

Other theories suggested have involved alterations in the regulation of body fat stores, an increase in energy efficiency, and the effects on Serotonin receptors. Regardless, the exact mechanism that links Amitriptyline and weight gain together during the treatment of depression is currently unclear. However, what is clear is the ability of Elavil to cause an increase in weight during both acute and long-term treatment. This ability remains one of the main reasons why patients may choose to not adhere to antidepressant drug therapy and discontinue its use abruptly, leading to possible Elavil withdrawal symptoms, which could harm their health and wellbeing.

People respond to Elavil differently. Several contributing factors affect its relationship with body weight changes, including age, gender, baseline weight, overall health condition, and treatment duration. While most users would report increased appetite, others may feel less hungry when taking the medication and experience Amitriptyline and weight loss. The weight loss may be attributed to the increased levels of Serotonin caused by the inhibition of Serotonin reuptake mediated by Elavil.

Serotonin is among several peptides and neurotransmitters that are Anorexigenic, meaning that it decreases appetite and feeding. Regardless, there has been no extensive empirical evidence displaying an association between Amitriptyline and Weight loss. Furthermore, some patients experienced significant loss in body mass only upon discontinuation of the Elavil use, which could be related to the return of symptoms of Major Depression (MDD) and the alterations in those neurotransmitters which regulate hunger and satiety. 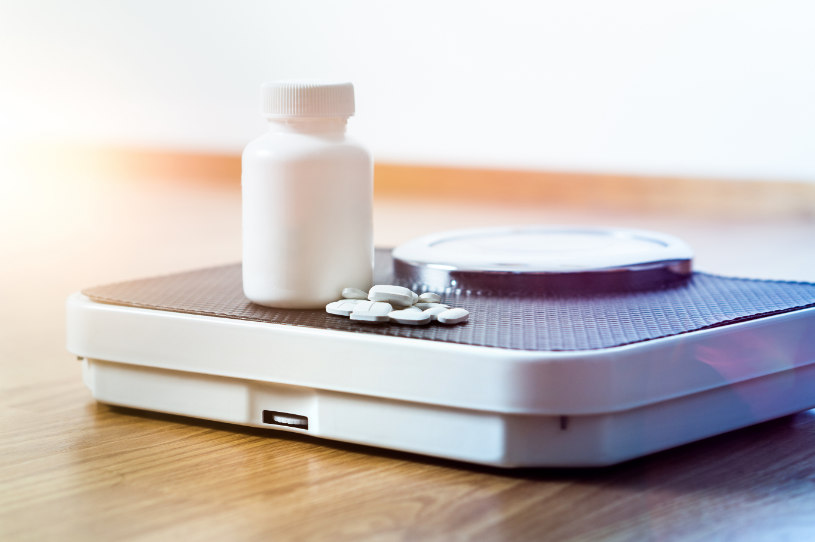 Antidepressant therapy is not optional, it is a requirement to improve the symptoms of Major Depressive Disorders and to improve the patient’s mental health. However, the associated increase in body mass can be a great source of distress and non-compliance in many patients. As such tackling and preventing the increase in weight with proper early interventions during antidepressant drug therapy is very important for maintaining patient adherence, improving therapeutic outcomes, and preventing possible complications related to the associated increased adiposity.

The Following Are Some Recommendations Regarding the Management of Amitriptyline and Weight Gain:

Amitriptyline can also be used to treat chronic neuropathic pain associated with postherpetic neuralgia, fibromyalgia, and diabetic neuropathy. It accomplishes this by reducing the ability of peripheral nerve cells to reabsorb chemicals neurotransmitters such as serotonin and noradrenaline, which are required for transmission of pain signals to the brain via the spinal cord.

Thus, the inhibition of reabsorption suppresses the transmission of pain signals from the peripheral nervous system to the central nervous system. This same effect can also produce sedative effects, which can make it prone to abuse and possible Elavil overdose. It is always best to consult a doctor before coming off amitriptyline to prevent body mass changes. The weaning period will depend on how long a person has been taking Elavil and at what dosage, with the decrease being slighter if the body has been used to it for a long time.

In some cases, both medical detox and behavioral therapies are needed to help a patient stop taking Amitriptyline safely. Addiction treatment programs at rehabilitation facilities can help patients learn the mechanisms of a tapering schedule to prevent harmful withdrawal symptoms. In addition, the staff in the rehab centers provides supervision around the clock during inpatient and residential treatment so that patients feel safe.