When taken as prescribed, there is little risk of someone experiencing an overdose from Elavil. However, amitriptyline overdose can occur if someone takes too large of a dose or mixes it with other substances. Here is what users need to know about Elavil overdose.

Can One Overdose On Amitriptyline?

Amitriptyline (Elavil) is a prescription medication, and as with any medicine, there is concern about potentially overdosing on it. The question is if an overdose is possible on this specific drug. The answer is yes.

Amitriptyline hydrochloride overdose is a real condition that results from one of two actions, or both actions simultaneously: taking too much Elavil at one time or mixing it with other substances that potentiate it. This can be done on purpose with the intent to get high or could occur by accident, should someone forget how much they have already taken or been unaware of potential interactions.

Generally speaking, prescribed doses are low enough that accidentally taking to much medicine is unlikely. For example, the amitriptyline dosage for nerve pain is low enough that even accidentally doubling a dose is unlikely to cause toxicity. The risk of Elavil overdose greatly increases when the medication is taken incorrectly. For example, snorting amitriptyline is incredibly dangerous. 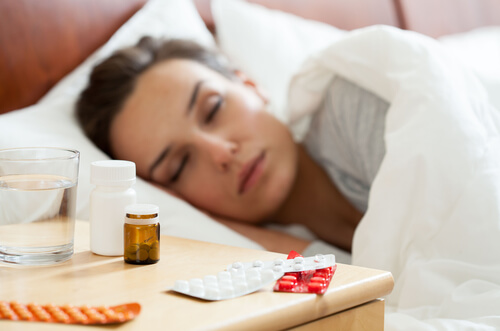 Even if someone is not abusing Elavil, they should be aware of the amitriptyline overdose symptoms. Being able to spot these in themselves and others is critical to avoiding the worst possible circumstances. Keep in mind that in some cases, these symptoms can mimic amitriptyline adverse effects but are much more dangerous.

Signs someone is experiencing an overdose of amitriptyline include:

If any of these symptoms are observed in someone known to have taken Elavil or its generics, contact emergency services.

Elavil was designed to treat depression, so it is shocking for many to learn that the medication is actually linked to suicide via intentional overdose of amitriptyline.

It is unknown why the medication seems to be more likely than others to give users suicidal thoughts and tendencies, but the reason it results in more overdoses and deaths is that it has one of the highest toxicity levels of any antidepressant. In other words, it is easier to get too much Elavil, no matter the motivation.

Because of the risks associated with it, there are numerous amitriptyline warnings. This includes an FDA black box warning. 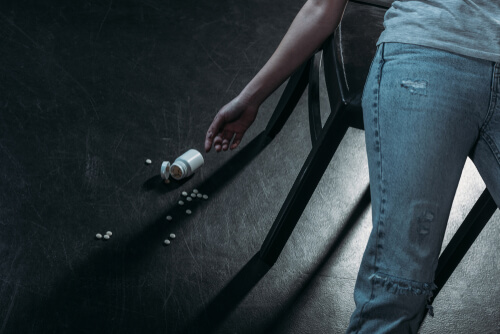 How Much Amitriptyline Is Fatal

There is no one specific dosage that is fatal to all people. For example, a small child could experience an amitriptyline overdose with a single pill, and an adult with poor organ function could get sick on half of what a healthy person would need to die from amitriptyline alone.

A lethal dose is used to describe the dose that would be needed to produce lethal effects in 50 percent of people. The average American male would need to take 5,500 mg of the medication to experience a lethal amitriptyline overdose when only this specific medication is taken into account.

The problem with thinking about the fatal amount in this manner is that people are rarely overdosing on a single substance. Most people are taking multiple medications or using other substances, and this can lower the threshold for a lethal case, not even considering how this threshold is naturally much lower in certain populations. As a result, the LD50 should never be used to judge how much someone can take while avoiding a lethal overdose of amitriptyline. 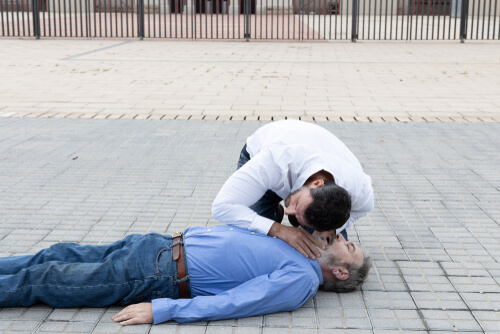 The moment an overdose of amitriptyline is suspected, help must be sought. If taking too much medication is suspected right after the medication is taken, it is possible that calling Poison Control could be the first step taken. However, if the symptoms are progressing, the time for calling the hotline will have passed.

Before calling for emergency services, make certain the person overdosing is not on their back. If possible, get them to lie on their side in a way that they are propped up. This will prevent them from aspirating on their vomit, which can be deadly. Once speaking with emergency services, give them clear directions on how to reach the person overdosing and follow their instructions carefully.

Once in the emergency room, the doctors and nurses will administer amitriptyline overdose treatment. This can include a wide variety of methods, such as:

Treating the short term side effects of too high dose, however, is only the first step that must be taken. Once the patient is stable, there will be amitriptyline withdrawal side effects to contend with, which might require additional treatment. There are also the long term effects of amitriptyline, such as damage to the organs, including the brain. Even once the danger seems to be over, there is a long road to recovery.

Getting Help With Amitriptyline Misuse

The best-case scenario for someone misusing Elavil is to stop before it is too late. Drug rehabilitation facilities offer the right treatments for stopping use and staying safe. Here, the patient can get suitable treatment fo their problems with a particular drug abuse/misuse. It is possible to live a clean and sober life.