What Are Tricyclic Antidepressants? TCA Side Effects, Uses, And MOA

Tricyclic antidepressant drugs are among the four most common antidepressants and they are some of the oldest prescription drugs used for the treatment of depression. In 2019, around 14 million prescriptions of TCAs were issued in the United States, and the most prescribed TCA antidepressant is Amitriptyline, with a prevalence rate of 56.8%. They are not as common as they once were because, in 2017, the number of prescriptions issued was 17 million. This decline is due to TCAs having numerous side effects that newer medications do not.

What Are Tricyclic Antidepressants?

Tricyclic antidepressants, also called cyclic antidepressant drugs and TCAs for short, are amongst the oldest drugs used for depression. They were introduced in the pharmaceutical industry in the early 1950s and have been in use for more than six decades. Furthermore, these antidepressant medications are given their classification based on their chemical structure, which features three rings. When they first hit the market, they were considered revolutionary treatment options. 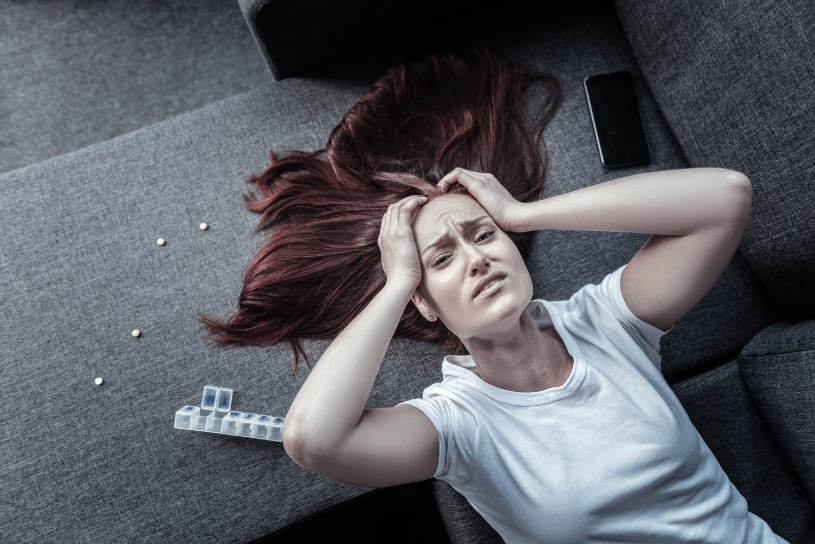 Based on the study of a medical doctor from the United Kingdom, both tricyclic and tetracyclic antidepressants are effective for reducing chronic low back pain. According to the FDA, their side effects are also similar. These include:

So, what makes these two different? Their difference lies in their potency. In a comparative study of neurologists from Sweden, it was found that TCAs are more effective than tetracyclic antidepressant drugs.

Tricyclic antidepressants mechanism of action is blocking the reuptake of serotonin and norepinephrine. This results in their levels being higher in the brain. As these are “feel-good” chemicals, the result is an elevated mood. Take note that when there is a reuptake, the levels of serotonin and norepinephrine in the brain will decline. Like the majority of depression medications on the market, TCAs do not take effect instantly. Although it will only take 30-60 minutes for TCAs to be absorbed, it will take months to fully achieve their effects.

TCA medications have numerous applications. However, based on a clinical review of medical doctors from Germany, they are not first-line medications for certain conditions because they cause more significant adverse effects. This means that when a doctor encounters conditions in a patient that TCA drugs can treat, they try other medications first. If those prove not to be effective, they may then consider TCAs. By design, TCAs treat depression, including major depressive disorder and mild to moderate depression.

Furthermore, there are other off-label uses when it comes to tricyclic antidepressant drugs. It is very common to use TCAs for anxiety. In general, their use is only considered once the anxiety has reached debilitating levels. Also, as stated above, these drugs can be used to manage pain. However, this is only an option when the pain is chronic and severe.

Types of Pain They Can Treat Include:

Aside from these, there are also less-common uses of TCAs. For example, the TCA drug Clomipramine can be used to treat the OCD conditions of children 10 years old and above.

Other Less Common Uses of TCAs Include:

Unlike many other classes, TCAs are not among the antidepressants for weight loss. Also, while they can induce drowsiness, they are not considered ideal antidepressant drugs for sleep disorders. Because of this, patients using these medications are advised not to operate machinery to avoid unwanted dangerous events.

Due to the significant number of side effects TCAs cause and how severe these effects are, they are no longer considered the first line of treatment.

Tricyclic antidepressants side effects are dose-dependent. The higher the dose is, the more fatal and irreversible the adverse effect would be. Based on the study of researchers, the most common short-term side effect of TCA drugs is dry mouth, with a prevalence rate of 27%. Others include the following:

For many users, these common tricyclic antidepressants side effects are already too severe to continue treatment. Patients must discuss these issues with their doctor to determine if stopping use is best. Patients are advised not to stop the use of the TCAs abruptly to avoid antidepressant withdrawal syndrome and other health dangers.

Aside from short-term side effects, there are also long-term TCA side effects, and the severity of these adverse reactions increases when the dose increases. So, the effects of TCAs on the weight, sexual function, mental, and cardiovascular health of the patient will be discussed.

As reported by researchers, even at low doses, tricyclic antidepressants abuse can cause significant weight gain. Users’ appetite would usually increase, and this is one reason why some patients and medical doctors do not consider TCAs for long-term therapy.

Based on a study published in the African Journal of Psychiatry, the prevalence rate of sexual dysfunction associated with TCAs is around 30%. These sexual problems include difficulty achieving and maintaining an erection, delayed orgasm, impaired ejaculation, and low sex drive. Sometimes, priapism or painful ejaculation is also observed.

Long-term effects of TCAs can increase the risk of suicidal thoughts, and those below 24 years old are more at risk of this side effect. In a study, 5% of children treated with TCAs develop neurological symptoms such as nervousness, change in personality, and sleep disorder.

Tricyclic antidepressants abuse induces long-term effects on the heart. In a study published in the Journal of American Geriatrics Society, even at usual dosage, TCAs can cause long-term cardiovascular complications such as sinus tachycardia, ventricular fibrillation, and even sudden cardiac death. 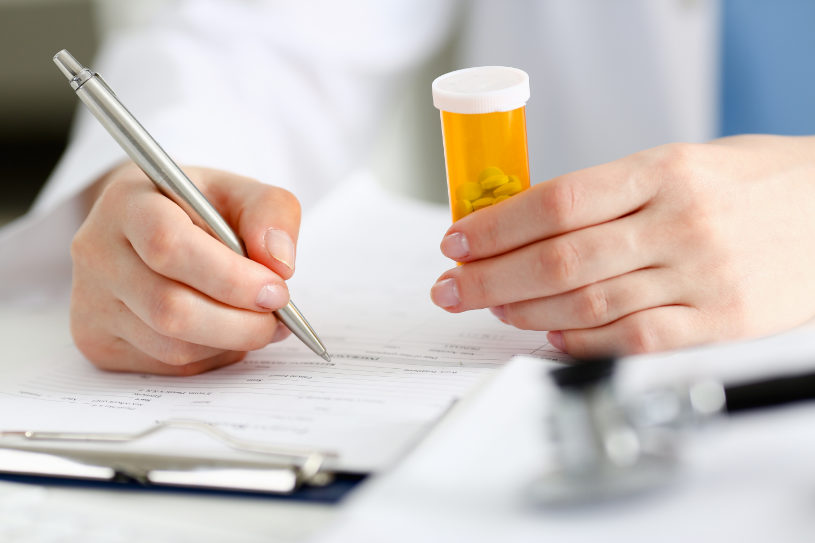 TCAs are not suitable for all patients. First, these drugs are contraindicated to those who use various medications. This is to avoid dangerous drug interactions.

Aside From This, the Other Contraindications for TCAs Are as Follows:

When it comes to pregnancy, taking any medication comes with a risk. As reported, the use of TCAs during pregnancy can cause congenital eye, ear, face, and neck defects. Thus, expecting mothers need to discuss the benefits and risks of antidepressant drugs during pregnancy with their doctors.

Food and drug interactions can also occur when it comes to TCAs. For example, drinking while on antidepressant meds is dangerous as this could cause an increase in blood pressure. Also, those who are under the treatment of TCA medications should not take St. John’s Wort as this can increase the risk of serotonin syndrome.

Furthermore, for the Drug Interactions, Take a Look at the Information Below:

Street drugs of all kinds should also be avoided while on TCAs. These include cannabis products regardless of their legality. Even CBD and antidepressant drugs can be problematic. Moreover, to avoid these interactions, patients should tell their medical doctors all the drugs, including natural antidepressant substances and food they take.

25% of those using TCA medications use the drugs recreationally, which in turn, could cause health dangers. Eventually, tricyclic antidepressants abuse could lead to tolerance and dependence that could eventually lead to death.

When it comes to tricyclic antidepressants overdose symptoms, these would usually occur 30-40 minutes after the initial consumption of the drug. Additionally, after 2 hours, these symptoms will start to become visible.

Some of the Overdose Signs and Symptoms Include the Following:

Take note that cardiotoxicity is the main adverse effect of tricyclic antidepressants overdose. If there is no prompt action regarding this intoxication, this could lead to coma. For these reasons, if any patient under TCA treatment starts to observe any of these side effects, it is highly advised to seek emergency services as soon as possible to avoid other health dangers.

How to Treat Tricyclic Antidepressants Addiction