Antidepressants And CBD Oil, Weed, And Other Interactions

Some patients report that mixing CBD and antidepressants (SSRIs) together actually improve the depression symptoms with no side effects. However, this combination might not be for everyone. The most prescribed antidepressants might negatively interact with CBD as well.

Previous research has shown that CBD and antidepressants are metabolized by the same liver enzymes, CYP450. With CBD being a potent inhibitor of these enzymes, there is a high risk of larger quantities of depression drugs to get into the patient’s system with dangerous side effects. 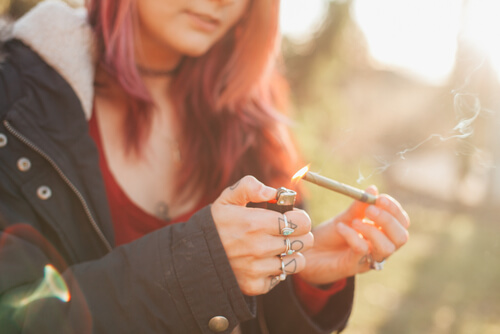 Marijuana and antidepressants have dangerous interactions. The plant can interact with TCAs causing high blood pressure, tachycardia, confusion, mood swings, restlessness, and hallucinations. The side effects of smoking weed on antidepressants also include anxiety, dizziness, nausea and vomiting, and difficulty sleeping.

Taking Psychedelics While On Antidepressants

Shrooms, magic mushrooms, or psychedelic mushrooms contain psilocybin, which is the main psychoactive component. This compound alters specific neurotransmitter systems, the same ones that some depression medications work on. That is why there is a high risk of overstimulating the body. Shrooms also cause the body temperature to intensely fluctuate, from shivering and chills to sweating and flushes.

Caution should be taken when it comes to antidepressants and heat intolerance. Some depression medication can affect the body’s temperature regulation, which means the patient will struggle to deal with heat.

LSD affects a series of neurotransmitters, among which serotonin. That is why combining LSD and depression drugs might cause Serotonin syndrome, which occurs when two drugs that increase serotonin levels are taken simultaneously. The condition’s symptoms include delirium, hallucinations, confusion, restlessness, shivering, tremors, irregular heartbeat, flushing, fever, hypertension, diarrhea, and tearing of the eyes, among others. The condition can be lethal.

Ashwagandha, or Withania Somnifera, might boost the sedative effects of certain drugs used for battling depression such as benzodiazepines and barbiturates. The combination might cause too much sleepiness and drowsiness. Take Withania somnifera only under the doctor’s supervision.

Studies show that MDMA in combination with SSRIs can cause a rapid increase in serotonin concentration, leading to Serotonin syndrome. Besides this, the effects of MDMA can be diminished as well, making the individual increase the dose to get high, risking overdosing.

Both MDMA and depression medications are metabolized by the CYP2D6 enzyme, which means that both drugs will be processed much more slowly. It is similar to taking a higher dose of both drugs, putting an individual’s life in danger. 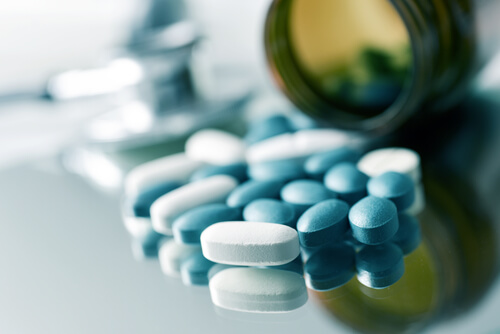 Can One Take Viagra With Antidepressants?

Sexual dysfunction is a common side effect of depression medications affecting between 30% and 70% of patients. Viagra, taken while under depression treatment, has two benefits:

There is no problem with taking Viagra and depression medications as long as the recommended dose is taken, and the doctor’s advice is followed.

Can One Take Magnesium With Antidepressants?

SSRI may have negative interactions when combined with over the counter cold and cough medications. For example, Sertraline and Citalopram have interactions with anti-inflammatory medications. Mixing Zoloft, Prozac, and Lexapro with aspirin can seriously harm the liver.

The drugs mentioned above can also cause the liver to process more slowly dextromethorphan, the medication commonly used as a cough suppressant. Both drugs can boost the level of serotonin, leading to serotonin syndrome. The patient should ask the doctor about the safety of mixing depression medications with any given cold or flu medication. 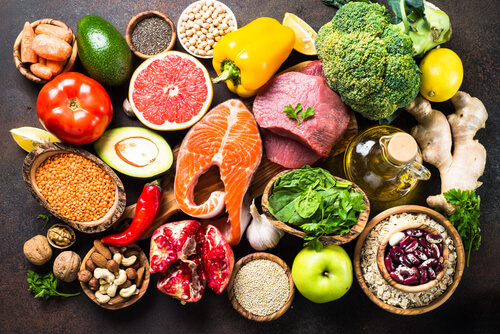 There are also some food interactions that patients taking depression medications should be aware of. This does not apply to people taking natural antidepressant foods.

The combination of grapefruit and antidepressants should be avoided because the fruit contains furanocoumarins, a chemical that interferes with the drugs’ metabolism by affecting the enzymes which break down depression medications.

This means that the drugs are not broken down properly, and even a safe dose can be dangerous. Therefore, a drug will linger in the system than it is intended with the usual dose. If the depression medications are being absorbed too fast, without being properly broken down, it can lead to side effects such as nausea, dizziness, or even an overdose.

200 ml of grapefruit juice or a whole grapefruit is enough to boost the concentration of the drugs and cause side effects.

Another food interaction to note is caffeine and antidepressants. Too much caffeine makes the heartbeat irregular and increases blood pressure in patients taking MAOI treatment. Caffeine can also cause restlessness and increase anxiety in patients under SSRI medication and decrease the effectiveness of TCAs.

Mixing alcohol and antidepressants can make depression worse and also increase the side effects of the medication, causing dizziness, drowsiness, and coordination problems.

Some other potentially dangerous foods are:

Before being prescribed depression medications, the patient should let the doctor know about any other drugs that they are currently taking to prevent possible interactions.

Antidepressants interactions can result in serious and even life-threatening side effects or diminish the medication efficacy, leading to an overdose. While many wonder what happens if one takes too many antidepressants, the issue of interactions is important, too.

Some interactions may lead to accidental drug abuse and addiction in the future if no actions are taken. That’s why it is critical to contact the drug rehabilitation centers as soon as any of the signs of abuse are noticed. There, the patients can get the best substance abuse treatment possible with a long-lasting effects.