Coffee is one of the most popular drinks in the world. It is used as a morning drink or just something to give an extra boost of energy. The main chemical that is associated with the energy boost is caffeine.

Caffeine is found in coffee and several other food items across the world. Its consumption is prevalent, but is it safe? For example, does caffeine raise blood pressure? Read along to find out everything about the risks associated with its consumption.

Caffeine has almost always been associated with hypertension. Even if people have never had to struggle with it, there is a chance that it will be significantly raised shortly after drinking coffee. It is a vasoconstrictor, meaning that it can decrease the size of the arteries and blood vessels as it is absorbed. The lack of space makes the blood pressure increase. It can also be called caffeine blood pressure. 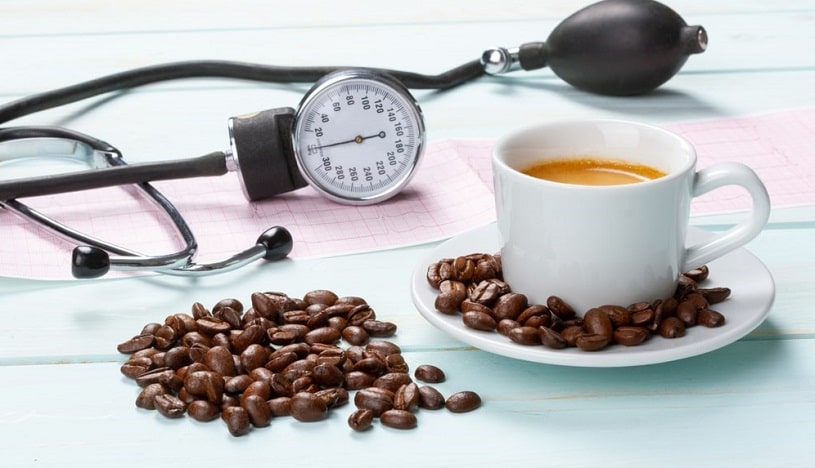 A study was done in 2016 with 40 healthy men and women between the ages of 20 to 55 who were given 160 mg doses of the substance. Everyone had an increase in BP. However, the levels always stayed within a healthy limit. It’s been recorded that the increase only lasted around 3 hours before returning to the normal levels. Another study in 2015 showed that the increase in pressure was usually in people who didn’t drink it regularly; even the decaffeinated version can cause hypertension. What is vital is how much of it the person is drinking every day.

Is there a long-term link between coffee and high blood pressure? Studies show that in most people it usually tends to go back to normal within three hours of drinking coffee, the increased caffeine blood pressure doesn’t extend beyond the short term for healthy people. Pointing to the fact that coffee and blood pressure, at least long term, might not be as closely related as it’s commonly thought.

As of now, there hasn’t been any solid proof that coffee and high blood pressure are linked in the long term for people who are otherwise healthy and don’t have any BP issues. The studies on this subject are limited, but the ones that have been conducted have shown no sign of long-term change.

14% of all US citizens smoke or have smoked a cigarette in their lives, and 16 million Americans live with a smoking-related disease. Yet, drinking coffee while smoking a cigarette is one of the most popular combinations in the world. However, just because it’s popular doesn’t mean it’s safe.

In a 1993 study, ten healthy volunteers were studied. It showed caffeine on its own, even when the subjects were relaxed and not doing any physical exercise, induced a significant BP and heart rate increase. Furthermore, when coffee was mixed with nicotine, both the upper and lower BP readings increased. Since both of the substances make the arteries stiffer, there’s an increased risk of heart disease. 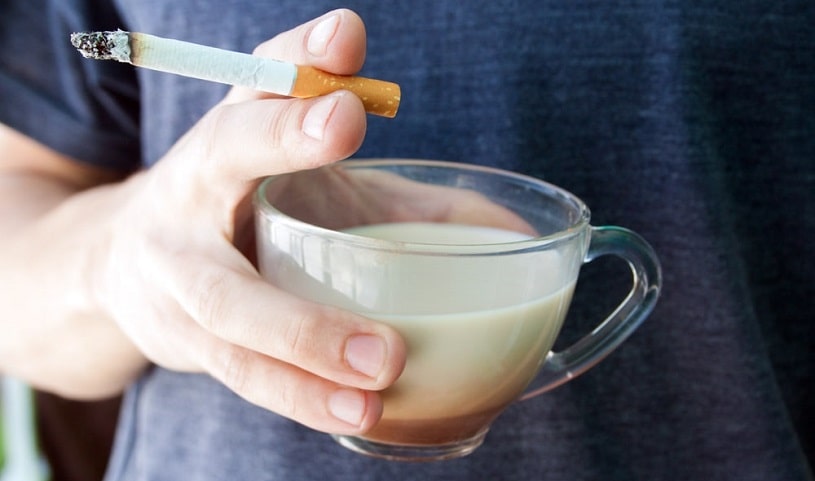 When they are taken individually, their effect on the BP is considered safer than being brought together.

Coffee is usually believed to be something that will harm the heart, no matter what. This is because caffeine and heart rate have always been linked. However, it’s not that simple. For example, a study from the university of southern California showed that healthy people who drank coffee regularly had a lower risk of cardiovascular disease than those who didn’t.

It is also believed that people who drink coffee may have a higher risk of ventricular arrhythmias. However, a study from 2016 shows that even people with left ventricular systolic dysfunction didn’t experience any arrhythmias. Their hearts remained okay. There isn’t a study that proves a significant difference or link between caffeine and heart rate.

However, every person and their hearts are different. So even though studies don’t suggest that the heart is in immediate danger if people drink coffee, if the patient’s symptoms seem to worsen, it’s better to stop drinking it to protect their heart from working too hard. For them, the link between coffee and blood pressure might be different than that of someone else’s.

Even if users take excessive caffeine intake and start to feel like they’ve “overdosed” on it, an actual, life-threatening overdose is extremely rare; dying from a coffee overdose is even rarer.

Who Should Avoid Caffeine

Although it is safe for daily consumption in small amounts, some people should avoid it just to be on the safe side. That includes people with IBS (Irritable bowel syndrome), as it can make the intestinal muscles and the colon contract. In addition, it could cause symptoms of IBS worse. 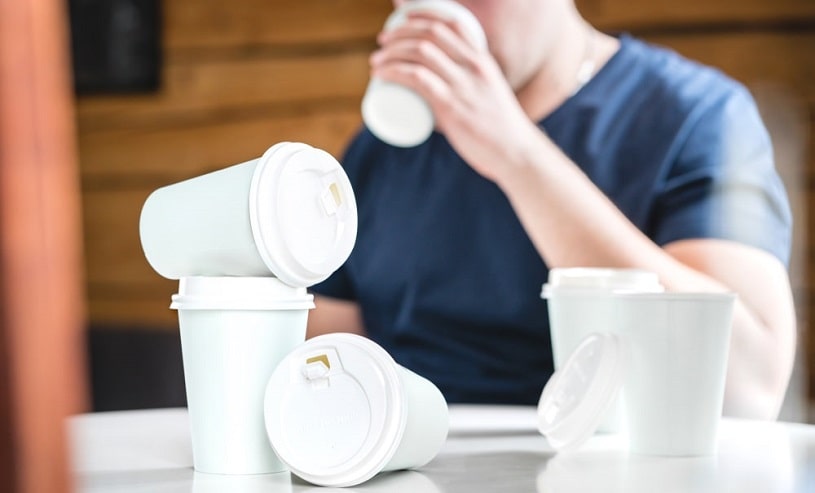 People with glaucoma are usually also advised to limit their intake of it. However, since caffeine effects are different for people, and there’s limited information and research on the matter so far, some people might be safe consuming it, while others might not be.

In the past, women who were pregnant were allowed to have around 2 cups of it a day, but according to a 2020 British review, they should avoid it entirely because there is no one safe level of caffeine intake that applies to all women. Instead, they need to discuss their safe levels with their doctor or medical health professional. Also, caffeine stays in the system in women in their last trimester much longer than in nonpregnant women. Though, the half-life is back to normal in the first week postpartum.

However, it could make their symptoms worse and put their lives at risk. So for them, it’s advised that they consume half the amount that a healthy person with a healthy heart and stable BP consumes. That comes down to about 200 mg a day. Just in case for them, coffee and blood pressure is something they need to worry about. Consuming a smaller amount means they’ll reduce the side effect of increased BP as low as possible.

Some drinkers mix alcohol and caffeine, and this can lead to disastrous effects. That is because alcohol hinders alertness while caffeine makes people more alert. It can lead to people drinking a lot more, thinking they’re just not getting drunk enough, and it could lead to alcohol poisoning. Quitting caffeine or alcohol or simply making sure that they don’t consume the two together could make them a lot safer.

The Safety of Caffeine Consumption

Coffee is generally considered safe for consumption. This is because the effects on BP tend to last under 4 hours, and there aren’t any studies that prove that there are any long-term side effects either. However, it’s advised that people who have existing heart issues, hypertension issues, or are pregnant or are drinking avoid its use. Also, if someone feels like they have consumed far too much of it or is experiencing uncomfortable symptoms, it’s best to contact a physician immediately and get the necessary help as soon as possible.