Learn About Antidepressants Side Effects:

All antidepressant medications have both short-term and long-term side effects. Many of these are mild, and most go away with time. However, some of these are so severe or long-lasting that patients end up needing to stop treatment due to side effects alone.

Among the long-term side effects of antidepressants are:

For those who are concerned about the side effects of antidepressants in the long-term, it is possible to be treated with options that are less likely to cause problems. Medications on an atypical antidepressants list tend to have relatively few side effects. There are also OTC antidepressants that can help people who prefer supplements to prescription drugs.

In any case, before using any drug or supplement, a doctor’s consultation is needed. Self-medication can lead to unpredictable health hazards, as well as an addiction that requires additional treatment.

Do Antidepressants Make One Happy?

Because antidepressant side effects are meant to ease or eliminate depression, many people assume that taking these medications means feeling happy all the time. However, it is not how they work.

How long it takes antidepressants to work means that the effects of the drugs are not felt for weeks, even months after use begins. Once they do begin to work, what the patient feels is not a sense of euphoria. It is vital that users do not think of them as happiness is in a pill, as this is not what the medications deliver.

Instead, it is more like a leveling out of the mood. By reducing or eliminating the severe lows that depression produces, the average mood a person feels is more stable and closer to contentment. However, for some users, these medications do not just eliminate feelings of depression, but emotions in general. For those who experience this side effect of antidepressants, sometimes their medicated state is less desirable than going without pharmaceutical treatment. 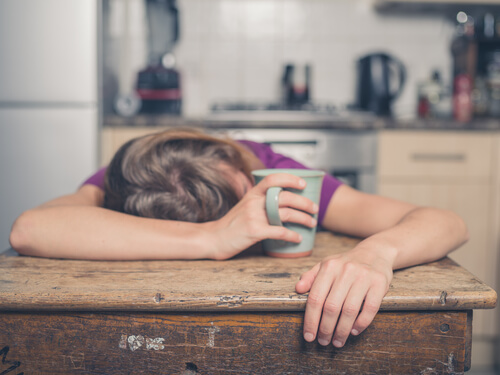 Why Do Antidepressants Make One Tired?

One of the most common side effects of antidepressants is drowsiness or a sensation of being tired all the time. Ultimately, there can be several reasons for this side effect to emerge. The first possibility to consider is that it is not an effect of the medication itself, but the depression it is treating. If this is the case, effective treatment will see this lethargy fade with time.

However, it is certainly possible for the drugs to cause this side effect. Out of the various classes of depression medications, TCAs are the most likely to cause significant fatigue, to the point that it can be debilitating. It is because they impact the levels of histamine in the body.

All depression medications can cause sleepiness. While there is no cause that is definitively proven, it is theorized that it is likely caused by the elevated levels of “feel-good” chemicals in the brain. These same chemicals are part of the natural sleep process, and since depressed individuals have suffered from chronically lowered levels of them, once they are raised, the body can respond by preparing for sleep until it adjusts to the newly elevated levels of the chemicals, eliminating this side effect.

Can Antidepressants Cause Hair Loss?

One of the side effects that is not often spoken about is antidepressant hair loss. Although not well-known, it is well-documented. Certain types of depression medication are more likely to lead to hair loss than others, so those who are concerned about this negative effect of antidepressants could ask their doctor to prescribe one not associated with causing the hair to fall out.

However, the hair loss experienced from depression medication use is not permanent. It is called telogen effluvium, which is when the hair falls out due to stress on the body. Once the patient adjusts to the presence of the medication, hair loss side effect will stop, and the patches where the hair is missing will fill in again.

Anyone who already has liver damage needs to avoid taking depression medication due to the risk of side effects. Additionally, all users should avoid other substances that tax the liver. It means things like mixing antidepressants with alcohol is strictly prohibited for the health of the patient. It is possible for someone taking these drugs to experience liver failure, and thus the health of the organ must be monitored throughout treatment.

Do Antidepressants Cause Memory Loss?

Some drugs are less likely to have this side effect than others. However, all depression medications have the potential to result in some memory loss. In most cases, this goes away once the body adjusts to the medicine, and the sedation is no longer felt the way it once was. However, for some users, this antidepressant side effect will last throughout active treatment, and even after. 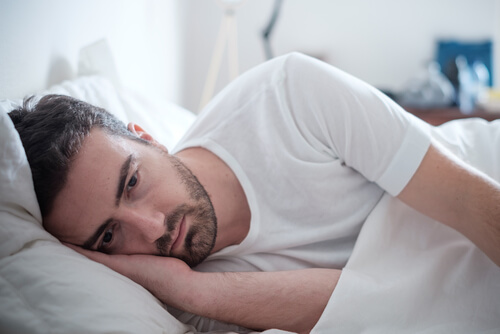 Perhaps the most prominent side effects of antidepressants are those related to sleep. Because depression itself can disrupt sleep cycles, going from one form of disturbed sleep to another can be difficult to accept. Most patients will adjust to their medication and stop having sleep issues, but for others, they may be ongoing.

Do Antidepressants Make One Sleepy?

All antidepressants can induce feelings of sleepiness and lethargy in users. However, experiencing these side effects of antidepressants is not a guarantee. Still, anyone starting depression medication should prepare for this to occur and avoid driving or operating heavy machinery until they adjust.

Because a side effect of depression medications is sleepiness, it stands to reason that they will at least make sleeping easier. However, it is not always true. Insomnia or otherwise disrupted sleep is one of the most common side effects of use antidepressant patients’ experience.

Why Do Antidepressants Cause Vivid Dreams?

Many people who take depression medications experience vivid dreams. For some, this is a negative effect, while for others, it is a positive side effect. These dreams occur due to how depression medications impact REM sleep. These drugs suppress the REM sleep, which results in something called rebound REM, during which vivid dreams are experienced. 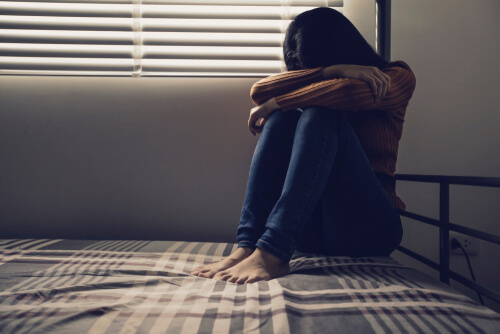 Can Antidepressants Make One More Depressed?

It is common for people to wonder if antidepressants cause depression. The answer to this is a bit complicated.

All depression medications have the risk of the side effect of increasing suicidal thoughts and actions in the patient. The FDA requires a black box label on all medications that treat depression. This risk is greatest in those under the age of 25 and tends to present mostly in the first few weeks of treatment.

However, it does not mean that they are making the patient more depressed or causing depression. Once the brain chemistry stabilizes, usually one to two months into treatment, these experiences less or go away completely, leaving the patient less depressed than they were initially.

But it does not mean that someone taking depression medications will not feel depressed or that treatment with them cannot make someone feel more depressed as time goes on. In fact, dealing with the side effects of antidepressants can be depressing on its own.

For example, some antidepressants increase sex drive, which can make patients feel more fulfilled in their lives. But for others, they can decrease sex drive or even cause sexual dysfunction. This can cause problems within relationships, lower self-esteem, and result in a more depressed individual. Ultimately, depression medications should not cause depression in patients who need the drugs, but that does not mean that depression will never result from their use, especially when side effects are factored in.

Taking Antidepressants When Not Depressed

At the moment, it is not yet clear what happens if one takes antidepressants when is not depressed. However, preliminary research has looked at the question and what it shows is concerning.

Sometimes people who do not have a depressive disorder or will take depression medications. This can be a result of having them prescribed for another condition, or someone might choose to take them without a doctor’s recommendation. For example, because antidepressants and weight loss can occur, some people take them as diet pills.

Based on research conducted on monkeys, taking these medications without having depression can result in altered brain architecture. According to the study, the drugs caused side effects such as reduced volume in the anterior cingulate cortex and the hippocampus in non-depressed brains. These areas of the brain control mood and memory and their altered architecture can mean that users will be left with mood disorders they did not previously have as well as difficulty storing and retrieving memories.

Coping With Antidepressant Side Effects

The first thing the patient should do is sit down with their doctor and determine if any of their other medications could be interacting in a way that produces side effects of antidepressants. For example, antidepressants and some birth control medications can interact to increase the likelihood of weight gain. The user could switch birth control drugs and eliminate this effect.

From there, the user should look into strategies that can alleviate specific symptoms they are battling.

For nausea, they could:

It is up to the user to isolate the side effects that are bothering them the most and then work with their doctor to figure out what strategies will bring them the most relief. However, all the steps should be taken under medical supervision only.

It is important to note that if a woman is using antidepressants while breastfeeding, a child may experience side effects as well. All pregnant and breastfeeding mothers should consult with their doctor about use. Additionally, users should not attempt to self-medicate to address their symptoms as it can result in an overdose on antidepressants.

When It Is Time To Stop Antidepressants

Whether someone wishes to stop using due to the negative effects of antidepressants, abuse of drugs, or just a desire to live pill-free, it is vital that the medicines are stopped safely. With a drug rehab center, withdrawal symptoms can be managed, and the medications tapered so that users feel little to no side effects. It is possible to stop antidepressant use and still live a good life.