SNRI Drugs: Their Side Effects, Uses, And Withdrawal

SNRI antidepressants are one of the four main categories of depression medications. Generally, they are similar to the SSRI meds, but they also affect the norepinephrine neurotransmitter. Standing for serotonin and norepinephrine reuptake inhibitors, SNRIs are a newer generation of medications. In 2019, more than 40 million prescriptions of SNRIs were issued in the United States, and the most common serotonin and norepinephrine reuptake inhibitor prescribed is Duloxetine, with a prevalence rate of 53.2%. However, this does not mean that these antidepressant medications are universally safe or better than other, older medicines. Depending on the health condition of the patient, a doctor will choose from the other classes of antidepressants, including atypical antidepressant meds.

In this article, information about what serotonin and norepinephrine reuptake inhibitors are, SNRI vs SSRI comparison, the mechanism of action, side effects, and off-label uses of SNRIs, food and drug interactions with serotonin and norepinephrine reuptake inhibitors, contraindications and warnings associated, SNRI withdrawal, and how to manage and prevent SNRI addiction will be provided.

Serotonin and norepinephrine reuptake inhibitors, or SNRIs, are relatively young drugs for the treatment of depression. The first medicine in this class, Effexor, was approved for use in 1993. These medications can improve mood by altering the chemistry in the brain, which is why they are classified as antidepressants. Moreover, the SNRI list with FDA approval is short.

Just four medications currently have approval. They are:

As in the case with all antidepressant drugs, considering antidepressants’ mechanism of action, they should only be used under the supervision of a medical professional. If any signs of SNRI abuse are noticed, it is critical to find addiction treatment as soon as possible to avoid complications and other health issues.

What Is The Difference Between SNRI and SSRI?

In a study of medical doctors from New York, although SNRI vs SSRI drugs promote the same side effects, SNRIs can induce more of the following:

However, this does not mean that SSRIs are safer. Depending on the health condition of a patient, a doctor will decide which of the drug classes is safer, more convenient, and more appropriate for the patient. This is a reminder to never switch medications (for example, switching to SSRI from SNRI). 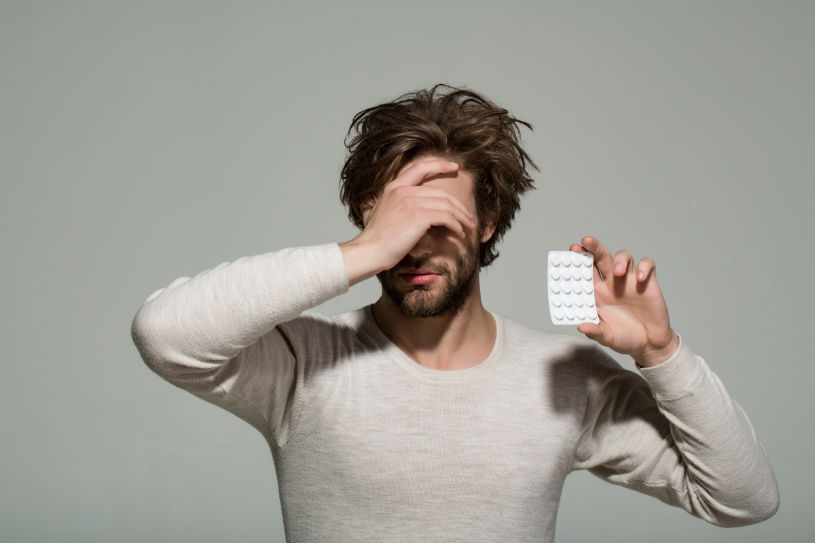 According to healthcare professionals from California, all types of SNRI drugs work by inhibiting the reuptake of serotonin and norepinephrine. This ensures that more of the chemicals are present in the brain at any given time. As a result, the user experiences elevated moods. Remember that when there is reuptake of the neurotransmitters serotonin and norepinephrine, this could lead to depression.

So, how long does it take for someone to feel the effects of these medications? As cited in the study of medical doctors from England, this will vary depending on the specific serotonin and norepinephrine inhibitor used and the preexisting health conditions of the patient. In general, it takes about 2-3 weeks from the start of treatment for the patient to feel changes.

FDA-Approved And Off-Label Uses Of SNRIs

Just like the tricyclic antidepressants mechanism of action and monoamine oxidase inhibitor antidepressants (MAOIs), serotonin-norepinephrine reuptake inhibitors were developed specifically for the treatment of major depressive disorder. However, based on a randomized clinical trial of researchers from London, it was reported that they are also often used to alleviate moderate depression. As is the case with most antidepressants, there is the risk they will make the condition worse rather than better.

Serotonin-norepinephrine reuptake inhibitors are also used to treat other behavior disorders, including:

Compared to some of the other depression medication classes, serotonin-norepinephrine reuptake inhibitors have fewer side effects. However, this does not mean that users will not experience any. These medications are known to have adverse effects of use, some of which are tolerable and go away with time, and others tend to be less tolerable or even dangerous. In this section, the short-term and long-term side effects of SNRI drugs will be discussed.

Short-Term Side Effects of SNRIs

The side effects of SNRI drugs depend on how long these drugs were used. Based on a study of researchers from Brazil, for short-term serotonin-norepinephrine reuptake inhibitor use, around 7-28 days, the most common side effect is gastrointestinal bleeding.

Other Short-term SNRI Side Effects Such as the Following Will Also Be Observed:

Looking at the SNRI list of side effects, all of them are associated with gastrointestinal disturbances. If any of these SNRI side effects become severe or bothersome, patients are highly advised to seek medical help to avoid other health dangers.

Alcohol and all street drugs should be avoided throughout treatment. For some, this can be difficult, as many people self-medicate with various substances before seeking medical help with depression. However, things like weed and antidepressants are not a safe mix.

Long-Term Side Effects of SNRIs

Other Long-term SNRIs Adverse Reactions Include:

Take note that for the hepatotoxicity side effect in the SNRI list of side effects, most medications are considered liver-friendly antidepressants. The exception to this is Duloxetine, which can make liver impairment worse.

The most common food-drug interactions when it comes to SNRI medications are the combination of SNRIs and alcohol and SNRIs and St. John’s Wort. Based on a study of healthcare professionals from Korea, mixing alcohol with serotonin-norepinephrine reuptake inhibitors can cause rhabdomyolysis. Moreover, when SNRIs such as Desvenlafaxine are taken with St. John’s Wort, there could be an increased risk of serotonin syndrome.

For the Drug Interactions, Take a Look at the Information Below:

To prevent any food and drug interaction, patients are highly advised to tell their medical doctors about the current drugs, supplements, and substances they take. Likewise, medical doctors are encouraged to build rapport with their patients so that patients can confidently share their personal information to improve their overall health. 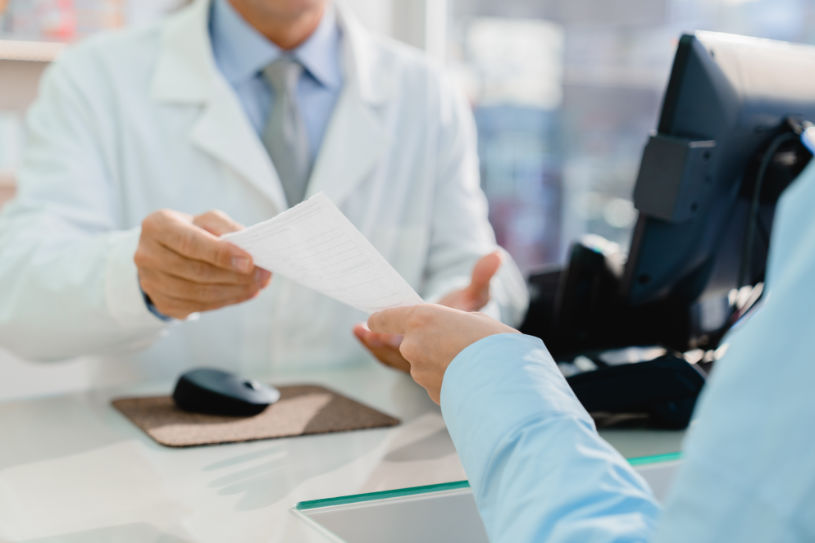 There is a black box warning on serotonin-norepinephrine reuptake inhibitors, as is the case with all prescription antidepressants. This is the strictest type of warning a prescription medication can carry. The greatest risk of suicidal thoughts is during the first months on the medicine, and those under the age of 25 are the most susceptible. However, this is a risk to all serotonin and norepinephrine reuptake inhibitor users.

Other warnings for SNRI drugs include:

For the contraindications, patients who are under the treatment of monoamine oxidase inhibitors (MAOIs) should avoid SNRI medications. Other contraindications in terms of all SNRIs include the following:

Because SNRIs can decrease appetite, they are not meant to be used in the treatment of eating disorders except those that involve consistent overeating.

Just like the SSRI drugs, SNRI withdrawal is also possible when it comes to serotonin-norepinephrine reuptake inhibitors. According to a psychologist from Spain, the withdrawal syndrome caused by SNRIs is associated with the half-life of the drugs. Generally, the half-life of SNRI medications like Venlafaxine is 4 hours. This is relatively short, thus, rapid clearance can be observed.

Some of the SNRI Withdrawal Symptoms Include the Following:

How long antidepressant withdrawal lasts depends on a patient, however they usually last for 3 weeks to months. Furthermore, the possibility of the occurrence of withdrawal symptoms is associated with medication switching (for example, switching to SSRI from SNRI). To prevent this withdrawal syndrome, consider dose-tapering as this is the best and safe way to stop the drug. To add up, keep in mind that only a medical doctor can adjust the dose for the patient. Moreover, this dose-tapering is of great help for SNRI abuse and antidepressants overdose.

SNRI Addiction And How To Cope With It

Although SNRIs are not considered addictive, it is not surprising that SNRIs cause psychological addiction, like the rest of depression meds, including natural antidepressants. SNRI addiction is not only caused by SNRI abuse; a patient may take medications as prescribed and still get addicted to SNRIs. According to case reports of medical doctors, this SNRI addiction is associated with dependence. The matter is that a body gradually becomes tolerant to drugs, and patients may need to take a higher dose to experience the same result.

Antidepressant addiction may also start manifesting when SNRIs are stopped. Stopping SNRI medications can be dangerous without proper supervision. Anyone who has problematic use or just wants to live without relying on medication can turn to drug rehabilitation facilities for assistance. It is possible to end dependence on serotonin-norepinephrine reuptake inhibitors safely and effectively through the help of a relapse prevention plan. Even during this time of the pandemic, SNRI addiction can be overcome by attending online narcotics anonymous meetings and through the help of a sober coach or companion.