Prescription Drug Abuse: What Are The Dangers Of Medication Addiction?

There are different prescription medications, for example, muscle relaxers and sleeping pills. Although these drugs are prescribed by a medical doctor, when abused, it causes harm to health. In the research report series of the National Institute on Drug Abuse, it was stated that around 53 million individuals in the United States used these drugs for nonmedical reasons at least once in their lifetimes, and 20% of those are 12 years old and above. Additionally, in 2010, it was reported that the opioid Oxycontin was the most abused prescription substance. For patients taking these medications, it is essential to understand the dangers of the abuse of prescription drugs.

What Is a Prescription Drug?

Generally, these medications are safe to use. However, when they are abused and misused, such as when taken in higher doses or when mixed with other substances like alcohol, health dangers could occur.

There are many prescription drug types in the market, especially nowadays when the healthcare system continually blooms. Since there are different health issues affecting everyone, different drugs are being made available to treat those conditions. Among these, the most common ones are opioids, CNS depressants, and stimulants. Another reason why these substances are considered prescription is because of their addictive properties.

Drugs in this category work like alcohol – they slow down brain functions. Sometimes referred to as sedatives, most of these drugs work by adjusting the levels of the neurotransmitter GABA (gamma-aminobutyric acid) in the brain. This chemical is implicated in the communication system between cells. When its levels are changed or reduced, communication slows down, which is why depressants can be prescribed for anxiety disorders or posttraumatic stress disorder.

The abuse of prescription drugs, could cause the following side effects, and the severity is increased when taken with alcohol:

As the name suggests, stimulants tend to enhance or boost brain function. They are commonly prescribed for attention deficit disorder and similar conditions where the focus is impeded. People suffering from these conditions tend to feel worried and nervous all the time, but their focus and attention return when they take stimulants.

Based on the report of the National Institute on Drug Abuse, around 5 million individuals in the United States abuse and misuse stimulant drugs. Eventually, this could cause some of the following side effects:

Because stimulants come with a high propensity for abuse and addiction, many doctors prefer to avoid prescribing these medications. Some of the stimulants include Adderall, dextroamphetamine, methamphetamine, methylphenidate, modafinil, lisdexamfetamine, and phentermine.

Opioids are the most addictive Rx drugs. This medication class includes painkillers and thus has a very wide range of applications. In 2019, it was reported that around 10.5 million individuals in the United States misused opioid drugs. Specifically, 9.7 million of this population misused painkiller opioids.

Eventually, prescription drug abuse could cause the following side effects:

Some examples of opioids include codeine, morphine, Percocet, fentanyl, oxycodone, hydrocodone, hydromorphone, oxymorphone, tramadol, and Vicodin. In the case of prescription pill addiction, there is hope through the help of rehabilitation centers. 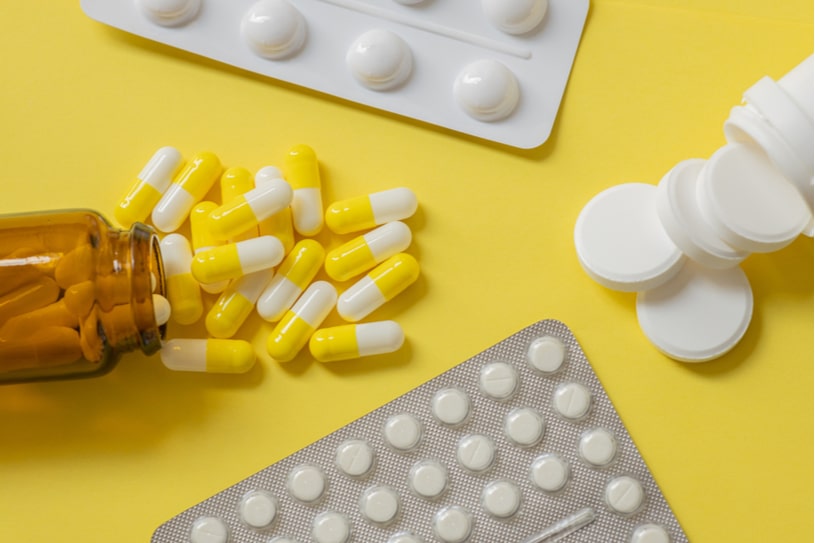 When it comes to Rx drugs, there are also controlled substances. This means that the manufacture, possession, and use of these drugs are regulated by the government. Additionally, these controlled substances are placed in different five drug schedules, and the placement depends on the following:

Prescription drug addiction is often difficult to establish as the use of this medication is medically legitimate. In the United States, drug misuse is alarming. In the 2020 research report series of the National Institute on Drug Abuse, it was reported that around 9.3 million individuals in the country misused opioid painkillers. Additionally, 6.2 million and 5.1 million individuals misused CNS depressants and stimulants, respectively.

According to statistics of the 2014 National Survey on Drug Use and Health, over 2 million people in the US used Rx drugs for non-medical reasons for the first time that year, which corresponds to approximately 5,750 first-time Rx medication users per day. The majority of them were females, with approximately every third person being an adolescent.

Signs And Symptoms Of Prescription Drug Abuse And Addiction

The physical signs and symptoms of prescription drug addiction and abuse include the following:

Sometimes, increased sensitivity to pain can also be seen in patients abusing opioids. In one study from Spain, it was reported that too much opioid exposure can cause the patients to be more sensitive to painful stimuli. Aside from physical signs and symptoms of medication abuse, there are also psychological ones. Some of these include the following:

Most of the time, relationships with friends and families are also affected. So, for patients who want to wean off these substances safely, resources such as rehab centers would be of great help. In these centers, patients will be given a safe detoxification process to avoid withdrawal syndrome.

Who Is Most At Risk Of Prescription Drug Abuse And Addiction?

Those who are using Rx drugs have the potential to abuse these substances. However, there are still some factors that can increase the risk of abuse of prescription drugs. As cited in one research from the University of Rhode Island, in 2017, it was reported that nearly 17 million individuals in the United States were misusing Rx drugs, and adults ages 18 to 25 have the highest rates of drug misuse.

Based on one study published in the American Clinical and Climatological Association, prescription pill addiction can start at home. For patients who wish to quit these medications, addiction treatment can be given at rehabilitation centers.

Taking Rx drugs under the supervision of a medical doctor can provide a wide range of benefits. Generally, these drugs would provide effective treatment or remedy to their targeted health concerns. However, if these substances are abused, aside from medication addiction, they could lead to dangerous events such as overdose, withdrawal, and damage to organs.

In case of overdose, seek emergency help as soon as possible. Call 911 or the poison center for proper treatment. In the case of Rx drug withdrawal, considering drug detox kits from rehab centers would also be of great help. Lastly, patients experiencing prescription pill addiction may be given a safe drug intervention treatment. 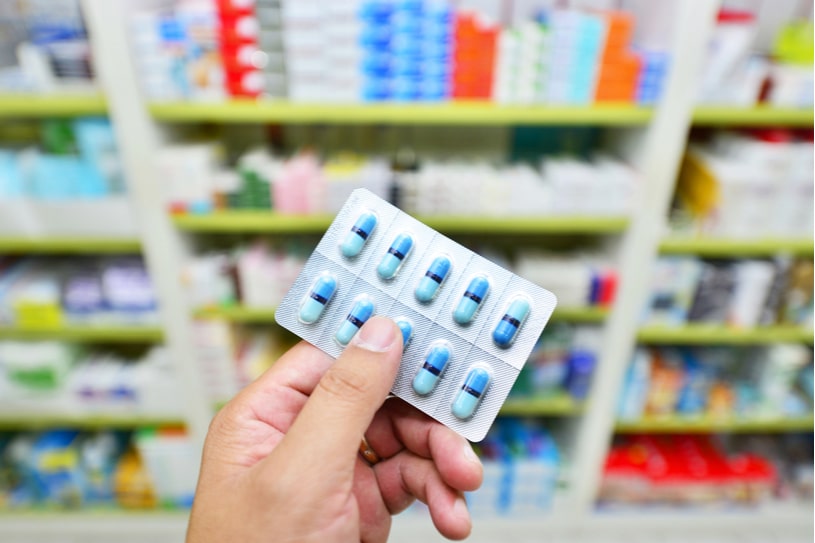 There are short-acting and long-acting Rx drugs. This means that these substances can also provide different half-lives. Since some of these medications, especially stimulants, may cause a false positive drug test with prescription, it is necessary to know how long these drugs stay in the system.

Lastly, for stimulants, the average half-life of the short-acting ones is 2-3 hours. On the other hand, long-acting stimulants have a half-life of 8-12 hours. In case a patient is taking Rx drugs, specifically opioids, CNS depressants, and stimulant drugs will undergo a drug test, it is highly advised to bring proof of prescription for drug test. If ever there is a false-positive result, a patient can show the proof of prescription for drug test to defend himself/herself.

Getting Help for Prescription Drug Abuse

People who abuse Rx drugs are among those that need professional help most often because they frequently require medical detox services. Drug addiction treatment helps patients kick an Rx medication habit. Abuse of CNS depressants, for instance, can lead to seizures when the person tries to stop on their own, while people abusing opioids may experience severe flu-like symptoms when they attempt to quit. A medical detox program, such as detox drinks or detoxification at home, can apply alternative therapies and medicine as well as other techniques to limit distress, making sure withdrawal is safe and unpleasant sensations are brought down to a minimum.

Drug rehab programs, either inpatient or outpatient, often combine cognitive-behavioral and medication therapy. That means recovering addicts who enroll in these programs can work with medication addiction specialists or therapists to find out why they started abusing drugs in the first place and how to prevent a relapse. Therapy makes it possible to learn coping skills that can be applied to rise to relapse challenges after completion of the program.