MDMA Side Effects, Risks of Overdose and Its Treatment

MDMA is an illegal drug that has stimulant effects. Initially, the user gets feelings of intimacy and emotional warmth, sensitivity to touch, and a distortion of time and senses. It is considered a safe party drug, but its effects can turn out to be lethal. The longer you take the drug, the more likely mdma stays in the system and causes more side effects. Ecstasy is often taken in combination with other illegal drugs and pills sold as MDMA on the street that may hold additives. According to research, long-term cognitive problems tend to develop. Read more to explore some of the severe side effects of MDMA, its associated risks, and treatment options.

An individual may encounter the intoxicating effects of ecstasy within almost 45 minutes after the intake of a single dose. However, MDMA can likewise cause several various intense health issues. While lethal overdoses on MDMA are uncommon, they can be life-threatening. In 2011, an estimated 22,498 emergency department visited included ecstasy use – with most of them happening among users between ages 18 to 29.

What Are MDMA Effects?

The effects of ecstasy may vary according to users. Ecstasy effects on a person vary based on many factors like their weight, size, health. Moreover, if the person is used to consuming it and other drugs are taken along with it, the side effects of MDMA can be more severe. Below are the long term and acute MDMA effects.

Regular users of ecstasy may find reduced appetite and changes in sleep patterns and neglect their overall health. They may result in “run down,” have declined energy levels, and be at a high risk of catching flu, colds, and infections.

There is some evidence that MDMA long term effects can include damage to some parts of the brain and that regular, heavy use can lead to depression.

Psychological symptoms can be:

At the same time, one will feel the following physical MDMA effects:

After long-term ecstasy consumption, the previous MDMA side effects get stronger, and new ones can appear.

Psychological MDMA effects that become visible to others:

The body is dangerously affected:

Acute health side effects of MDMA may begin to show up within 30 minutes after oral admission of a single pill and may include tension, tachycardia, and raised blood pressures. Related acute effects include:

The most regularly perceived acute MDMA effects include:

Once the user stops the intake of ecstasy, it will eventually make the brain gain its normal activity again. As a result, the brain will possess the required neurotransmitter molecules that help in the brain’s proper functioning. It all depends on the severity of the physical dependence and overall health, but people usually don’t experience MDMA side effects after six weeks. 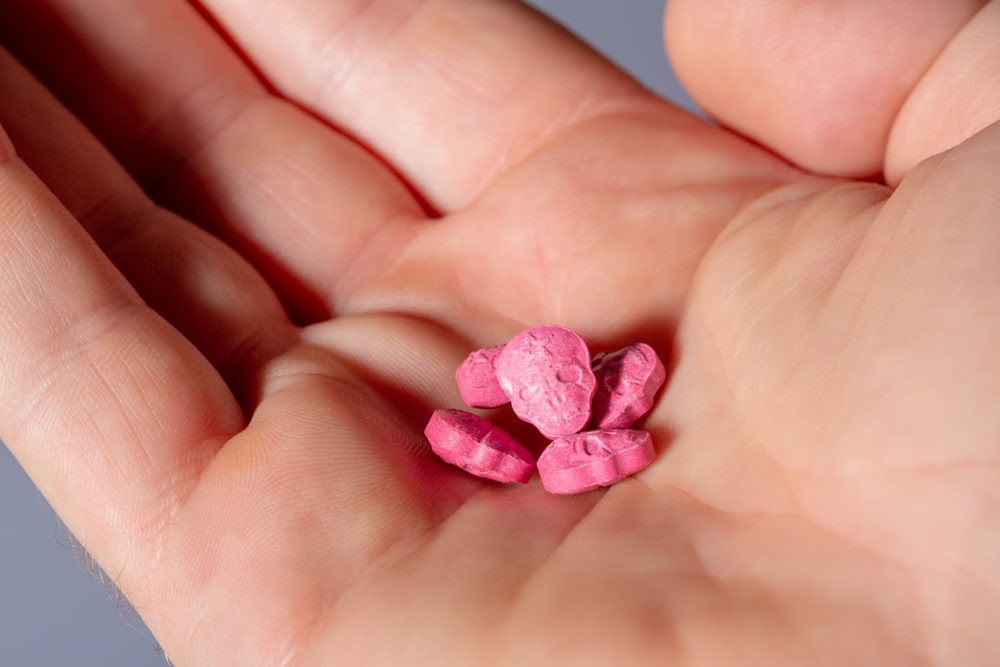 Research done on monkeys indicates that serotonin is almost completely removed from the system after a high regular MDMA dosage for two weeks. Its level increases gradually but doesn’t achieve its original levels even after seven years.

On long-term molly usage, neurons get destroyed; as a result, the brain structure alters. The majority of the behavior and even actual wellbeing can get back to normal. However, a few harms done are irreversible.

Users may anticipate a generally everyday life in the wake of stopping ecstasy and dealing with physical and psychological well-being. Unfortunately, however, the odds are high that the memory will never go back again.

In a Nutshell, What Are the Risks?

Since the beginning, the risk of reliance on the drug is there because of the requirement of unfavorable withdrawal effects to be adjusted. At that point, the danger of mental addiction, by the craving to encounter more drug surges. This gives rise to MDMA side effects like:

Numerous individuals tend to prolong effects through the intake of high portions of the drug. However, if a lot of extra ecstasy is burned-through simultaneously, users report troubling symptoms of autonomic hyperarousal related to sensations of eagerness, suspicion, and uneasiness. 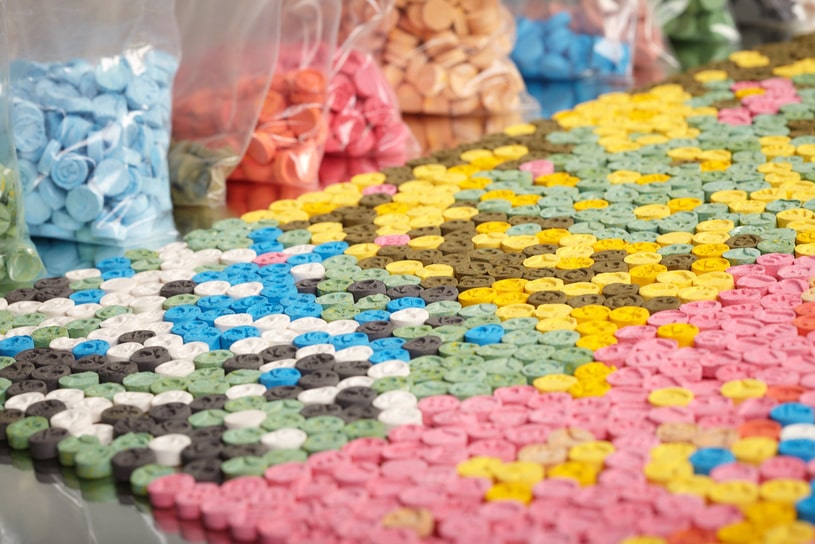 Resistance to ecstasy overgrows’ psychoactive properties, and the individual can’t reestablish the euphoric effects through repeated portions. With all things considered, sympathomimetic effects prevail, putting the patient in danger of cardiovascular instability, hyperthermia, and arrhythmias.

Signs Of An Ecstasy Overdose

High doses of the drug can influence the body’s capacity to direct temperature. This can prompt a spike in internal heat level that can occasionally bring about liver, kidney, heart failure, or even death. The drug’s utilization brings about releasing three chemicals in the brain: serotonin, norepinephrine, and dopamine. These are the brain’s neurotransmitters, and they impact sleep, mood, and appetite.

Essentially because this drug affects the serotonin levels when the drug wears off, the user may feel:

Fits due to anxiety are likewise a typical indication of an overdose. Accordingly, each one of these indications can prompt suicidal thoughts and attempts.

As previously mentioned, an ecstasy overdose frequently occurs because of the mix of a wide range of drugs combined with exhaustion. The general dosage range of MDMA for recreational use ranges from 50 mg to 150 mg. Fatalities have been reported to have ingestions as low as 1.3mg/kg.

However, it is essential to keep in mind that everything relies on individual contrasts, the drug’s quality, and its utilization history.

Usually, MDMA-related fatalities are reported from rave parties. This drug’s stimulant impacts make the user dance for longer intervals, along with ordinarily present hot crowds that may prompt hyperthermia, dehydration, and heart or kidney failure.

In case the below-mentioned signs of an ecstasy overdose are witnessed, immediately call 911:

Interactions with Other Drugs

The way that most ecstasy pills consist of unknown ingredients is risky because individuals taking the medication don’t know about the drug they are ingesting or how their body will respond.

Another risk is that likely interactions can happen between the ingredients just as some other substances individuals use with MDMA, for example, medications, alcohol, or other drugs. These dangerous substances can be primarily a threat when blended in with MDMA.

MDMA is regularly taken in mix with different substances, including:

This can increase the side effects of MDMA, such as heart rate, blood pressure, and anxiety. Taking ecstasy to help with the “comedown” symptoms can lead to a cycle of dependence on both drugs. Utilizing ecstasy and drinking alcohol simultaneously can prompt dehydration and overheat and build the comedown’s negative impacts.

Taking the drug can lead to some unpleasant MDMA effects such as increased heart rate, loss of coordination, nausea, and vomiting.

If the user feels any severe problem due to ecstasy usage, it’s crucial to get its specified treatment. This will help the individual learn how to stop using MDMA, avoid substituting it with other drugs, and improve mental health.

Treatment alternatives generally center around behavioral therapies that help individuals alter the fundamental patterns that add to substance use. Cognitive-behavior mdma therapy, individual guiding, and support groups are ways that may be used in one or the other outpatient or private settings.