Alcohol and Anxiety: Does Alcohol Cause Anxiety or Panic Attacks?

Anxiety is a common condition that many people face at various points in life. However, when it is experienced at high levels or too regularly, it should be a cause for concern and medical investigation. Stress is a common trigger for anxiety, but several other factors could lead to or increase the chances of experiencing the condition.

Abuse of Alcohol and Anxiety Overview

Facts drawn from a series of studies and trials confirm the fact that there is a certain relationship between alcohol and anxiety. One of such trials from a study reveals alcoholism rates in panic disorder cases (between 14 to 16 percent) are similar to those of the general population. Approximately 25% of people seeking treatment for panic disorder have a history of alcohol dependence.

It has also been established that many people with social and GAD turn to alcohol as a form of self-medication. The Anxiety and Depression Association of America (ADAA) notes that 20 percent of people dealing with social anxiety disorder suffer from some form of alcoholism.

A consequence of this behavior is an eventual increase in the frequency and severity of angst symptoms. So while addiction to alcohol and anxiety attacks are a thing, it may be that people with anxiety disorders are more likely to drink.

Why Does Alcohol Cause Anxiety?

Is anxiety after drinking real? Absolutely. While some people use alcoholic drinks as self-medication, two theories explain the link between alcohol and panic attacks:

Alcohol and panic attacks sometimes co-occur because, on a physical level, drinking can cause low blood sugar, dehydration, increased heart rate, and it results on a psychological level in increased levels of stress.

It is important to explain in details the major physiological changes that can cause anxiety after drinking:

Alcohol anxiety after a long night of drinking is more common than one would imagine. In the next two sections, we discuss the effects of hangover and withdrawal.

When people use drinking to deal with stress and panic, they can experience severe consequences even from drinking eventually. Like other frequently abused substances, the combination of alcoholism, hangover, and withdrawal can lead to an increased risk of panic attacks. Consequently, this kind of abuse can result in both alcohol addiction and anxiety and more severe panic disorder attacks.

Drinking is not just bad because it can worsen panic attacks; it is the cause for anxiety in many instances too. According to the Substance Abuse and Mental Health Services Administration, anxiety is a mental health disorder that sometimes occurs as a result of prolonged drinking.

Studies have also been carried out to support this fact, and according to the Anxiety and Depression Association of America, at least 7% of Americans have anxiety related to alcohol usage. 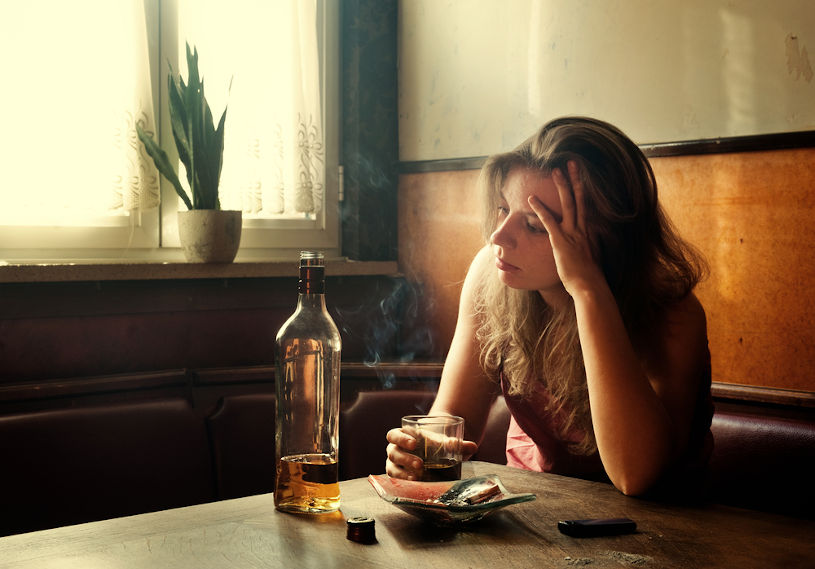 Alcohol And Panic Attacks: Can Withdrawal Be The Cause?

In addition to the uncomfortable bodily changes associated with a hangover, withdrawal itself can cause anxiety, hallucinations, and panic attacks. Heavy drinkers can suffer from severe withdrawal symptoms after drinking, some of which can be life-threatening. These effects can also be dangerous for the people around the drinking individual. The resulting panic attacks and hallucinations can be terrible, and withdrawal seizures can be lethal.

A study carried out in 2008 showed the case of a 25-year old barber that visited the psychiatric clinic for a possible diagnosis of panic disorder. The man reported having up to 4 panic attacks each day, exhibiting symptoms such as chest pain, shortness of breath, nausea, and unreliable vision.

The patient reported his first panic attack came after one month of an abrupt cessation of alcohol intake after abusing the substance for seven years. The decision to stop drinking alcohol was directly related to the sudden appearance of panic attacks. This served as proof that withdrawal can cause panic attacks – especially if not done properly. The study also covered a related case, this time of a 42-year-old man with a history of alcohol abuse for 16 years.

Can a Hangover Cause a “Hangxiety”?

One of the most common experiences during a hangover is paranoia feelings that something bad must have happened because of how bad one feels.

Stress headaches can also be a common hangover experience. These can lead a person who is already slightly anxious to worry that something terrible might be wrong with them, like a brain tumor.

The feeling of being “on edge” or generally just feeling as if something is wrong after a night of drinking is referred to as “hangxiety.” The aforementioned feelings of paranoia, being scared for no apparent reason, and feeling anxious are symptoms of hangxiety and can lead to severe panic attacks.

Some of the Symptoms that One May Experience in this Case Include:

The way hangxiety occurs is detailed thus. Drinking floods the brain’s pleasure center with increased dopamine levels. This “feel-good” chemical rush only lasts for a short time, and when the levels dip back to normal, hangxiety can set in.

People living with depression or other related mental disorders are more likely to experience hangxiety than anyone else. This is because ethanol suppresses those feelings while they are “high,” and when the dopamine levels go back to normal, the rebound effect is far greater than it would be for a person with no mental health disorder. 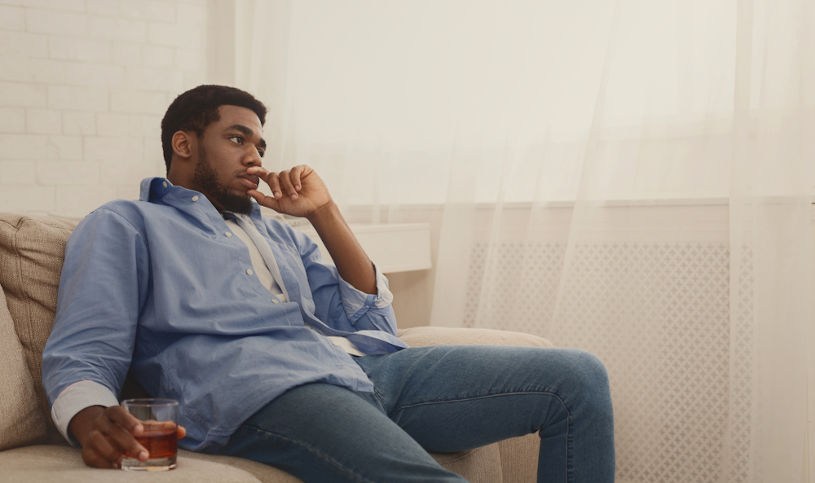 Alcohol is NOT a Treatment for Panic Attacks

Some of the “relaxing” effects that come with drinking certain amounts of alcohol cause people to attempt to use the substance as a treatment for panic attacks. This is not just unhealthy for the body, and it can be dangerous.

Admittedly, there are some evidences that booze helps reduce stress, which is down to its sedative properties in the central nervous system. Occasionally “unwinding” with small amounts of the substance may not necessarily be dangerous, but there is a certain tolerance that builds up when one starts to use alcohol.

This tolerance usually leads to consuming larger amounts each time to achieve the same relaxation levels, which is where the situation becomes dangerous as it will make stress and anxiety after drinking even harder to deal with.

On This Note, the Possible Benefits of Drinking are Not Substantial Enough to Outweigh the Risks Involved, Which Include:

All of these risks are potentially fatal to the user, and the temporary stress relief that the substance may bring is a mild positive in comparison. People that have a low tolerance for drinking, are dealing with anxious or aggressive tendencies, or are living with a mental health disorder are advised to stay completely abstinent from drinking – it is not a treatment for stress and panic.

How To Treat Alcohol-Induced Panic Attacks and Anxiety

The biggest problem standing in the way of effective treatments for alcoholism and anxiety is that drinkers are unable to differentiate the anxiety caused by their drinking from the GAD they had in the first place. Unfortunately, ethanol increases any baseline levels of anxiety people might have had – quite literally, pre-existing social anxiety and alcohol don’t mix.

Considering this fact, any treatment methods that would be recommended to a person dealing with addiction to alcohol and anxiety will depend on the specific type of the disorder. For instance, the type of treatment recommended for social phobia will vary from the type recommended for GAD. While therapy may be enough for the latter (e.g., cognitive behavioral therapy), the former would require therapy AND medication, such as Zoloft.

Different medication types also have varied approaches to treating anxiety and alcohol abuse in relation to the medication chosen. For instance, antidepressants can be used every day, while benzodiazepines are more suitable for quick, temporary relief. Additionally, it is important to find out from the health care provider if any of these medications interact with any other drug or substance that one may be using at the time.

On another note, changes to one’s lifestyle may be enough to deal with or reduce anxiety in some cases – especially mild ones. Making these changes would help one to cope with the situation.

Some of These Lifestyle Changes Include:

In the situation of a panic attack, one can try the following steps for immediate relief:

Summarily, the relationship between alcohol and anxiety results from the misconceptions and misinformation that many people hold about the substance. There are short-term effects that may appear to be helpful, but there will be more damage than good for the longer term. For anyone living with alcoholism or alcohol anxiety disorders, it is best to seek treatment from a certified healthcare professional as soon as possible.