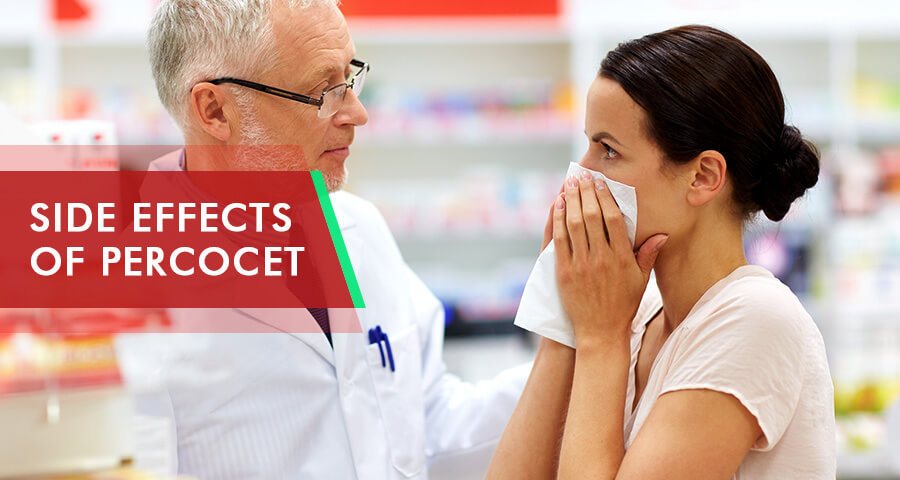 Percocet is a powerful pain reliever. However, when taken, this medication may precipitate secondary effects in other parts of the body. Most of these undesirable effects can be attributed to the drug’s main constituents, i.e., oxycodone and acetaminophen. Short-term Percocet side effects are experienced moments after consuming the medicine while long-term occur much later after prolonged use. Of note is that abuse of this drug could produce long-term and even life-threatening Percocet side effects on the body and brain. Understanding how long for Percocet to kick in will help a patient to predict when the adverse effects might begin to show. Let’s review the Percocet side effects that commonly occur in users.

Short-Term Side Effects of Percocet 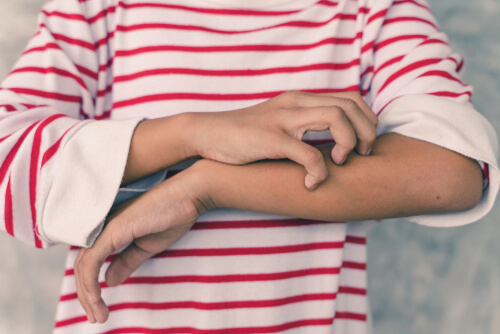 Why does Percocet make patients itch? Oxycodone component in Percocet causes the blood vessels in the skin to dilate. It also stimulates the release of histamine within the skin. It results in pruritus (itching) or urticaria (hives) in some people. The itching may also be a manifestation of Percocet allergy. If a patient is worried about how to stop Percocet itching, a doctor should be asked to prescribe antihistamine medication.
Allergic reactions to 10 mg Percocet dosage may occur in folks who are allergic to paracetamol. Most allergic reactions occur as Percocet itching and a minor skin rash. Severe skin lesions are infrequent, but they may happen. If it makes itching, how to understand whether it’s a severe allergic reaction?
A severe allergic reaction to Percocet may be characterized by respiratory distress (breathing difficulties), skin hives, itching, vomiting, and swelling of the face, throat, and mouth. Drug fever may also be present. Severe skin reactions may result in Acute generalized exanthematous pustulosis and other potentially fatal conditions such as Toxic epidermal necrolysis and Stevens-Johnson syndrome.

Like most other opioid-based medications, this one also has direct side effects on the brainstem where it may depress the body’s respiratory centers. Drug-induced respiratory depression is, therefore, one of the side effects of Percocet. It results in slowed breathing, which may be irregular. Respiratory distress in a clinical setting commonly occurs during the initial stages of treatment or when the dosage is increased.
Respiratory arrest is a major cause of deaths due to opioid toxicity. For this reason, it’s worth knowing how much Percocet to overdose. Painkillers may cause respiratory arrest when taken in overdose or when accidentally ingested in high doses (such as by children). 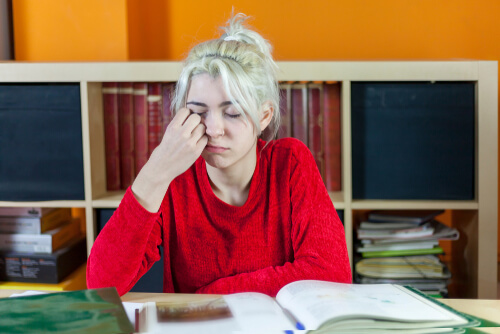 Does Percocet make its users sleepy? Yes, it may alter various neural mechanism in the brain. Its action on the opioid receptors in the brain may cause sedation and excessive sleepiness (somnolence). By acting on the brain’s dopaminergic pathways, Percocet side effects may also produce hyperactivity and insomnia (inability to fall asleep).

Oxycodone exerts its activity on specific groups of neurons, receptors, and neural pathway in the brain. It gives the pain the ability to modulate mood in various ways. Taking the drug may, therefore, result in Percocet side effects of tranquility and later depression. These mood-altering properties are implicated in the development of addiction.

The oxycodone component causes the pupils to constrict, giving the person pinpoint pupils even in complete darkness. The duration of pupil dilation depends on Percocet half-life.

High doses of acetaminophen may cause dizziness, disorientation, and confusions. These symptoms may also occur to a person who has taken a hefty dose of medication.

Does Percocet cause constipation? Like other pain relievers, for example, Vicodin or Norco, they reduce the rate at which food moves along the digestive tract. It also delays food digestion and decreases peristalsis in the intestines. It results in several side effects within the digestive system, including Percocet nausea and indigestion due to Percocet and constipation.

Long-Term Side Effects of Percocet 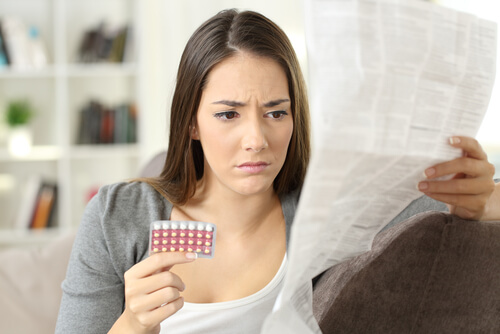 Long-term use of Percocet painkiller can cause damage to the brain. Some of the damage caused is life-treating. The risk of serious harm is particularly high among those who abuse the drug. The side effects of long-term use on the brain are evidenced by impaired cognitive function, impaired memory function, disturbances in the mood which may cause anxiety, agitation, and depression as well as altered perceptions which may cause hallucinations.

This medication has a significant effect on blood pressure and heart function. Prolonged use of the drug leads to high blood pressure (hypertension), deranged heartbeat (chronic arrhythmia), and heart failure. Is Percocet a blood thinner? Yes. Due to its effects on the liver, this medication may also lead to coagulopathy (impaired blood clotting).

Side Effects of Long-Term Use During Pregnancy

The use of Percocet while being pregnant should be highly guarded and only limited to situations where the benefit outweighs the possible risks. The risk of treatment using this medicine during pregnancy includes embryo-fetal toxicity and Neonatal Abstinence syndrome.

Other Long-Term Percocet Side Effects

Prolonged use of this opioid medication may cause other long-term Percocet side effects such as liver toxicity, impaired kidney function, adrenal insufficiency as well as exacerbation of asthma and Cor Pulmonale.
Consequently, one might start taking the drug more frequently, even when there isn’t any clinical need to do so. Frequent drug use modifies the opioid receptors in the brain, making them more tolerant to the drug. Once tolerance becomes a side effect of Percocet, the drug user will need a higher dose or more of the medicine to experience Percocet high effects. With time, addiction to the drug gets so reinforced such that the individual is dependent on the medication and can’t function without it.

How to Reduce Percocet Side Effects