Addiction Resource » Drugs of Abuse » Percocet » How Long Does Percocet Stay In Your System?

How Long Does Percocet Stay In Your System? Half-Life and Metabolism

Percocet is routinely prescribed to relieve mild to moderate cases of pain. It is no secret that this drug is often abused, and even legitimate use can easily lead to addiction. Based on reports by the Centers for Disease Prevention and Control, the drug’s primary component is one of the top three prescription opioids responsible for overdose deaths.

Anybody concerned about painkillers addiction must know Percocet half-life. Anyone trying to withdraw also must understand that it can lead to side effects and health complications. So, how long does Percocet stay in your system, and how can drug tests detect it after the last pill was taken?

To understand how it works, it is essential to mention that Percocet is a combination drug.

Its Active Ingredients Are As Follows:

A recent study has shown that most synthetic opioids have a quite similar mechanism of action. They work by supplying opioids to the neurotransmitter opioid receptors in the brain. If one takes a pill, it works by dissolving in the digestive tract and then transferring into the bloodstream through a channel all the way to the brain.

When the dissolved ingredients make their way into the brain, they bind with the aforementioned opioid receptors, significantly reducing pain in the body by lulling the mind into a sense of pleasure. Opioids do not work on the pain a user is feeling. Percocet mechanism of action is to trick the brain by blocking its sensitivity to pain – making it believe that the body is not in pain.

On the flip side, in large doses, Percocet mechanism of action may do more than block pain receptors in the brain. High doses have been known to lead to more serious Percocet adverse effects and even overdose.

How Will Percocet Show Up On a Drug Test?

Not all drug tests will be able to detect this painkiller. The most basic drug test used in the workplace is the 5-Panel test, which tests for opiates, but reactants used on the strip are not sensitive enough to detect prescription opiates. When drug testing intends to determine the abuse, the 12-panel test is used. There are also newer test strips that are used for opiates only.

How Long Does Percocet Stay In Your Urine?

Percocet in urine detection times vary from hours following administration and up to 3 to 4 days after the last intake.

How Long Does It Stay In Your Saliva?

It may be detected on a user’s saliva for up to 4 days from the last time the drug was administered.

How Long Does Percocet Stay In Your Blood?

The drug can be detected in blood, starting approximately 15 minutes from the intake. It remains detectable in the blood for up to 24 hours.

How Long Does It Stay In Your Hair?

Hair tests are the only ones that can detect drugs for a long period of time. Oxycodone ingredient can be detectable for the tests in a hair follicle for up to 3 months. 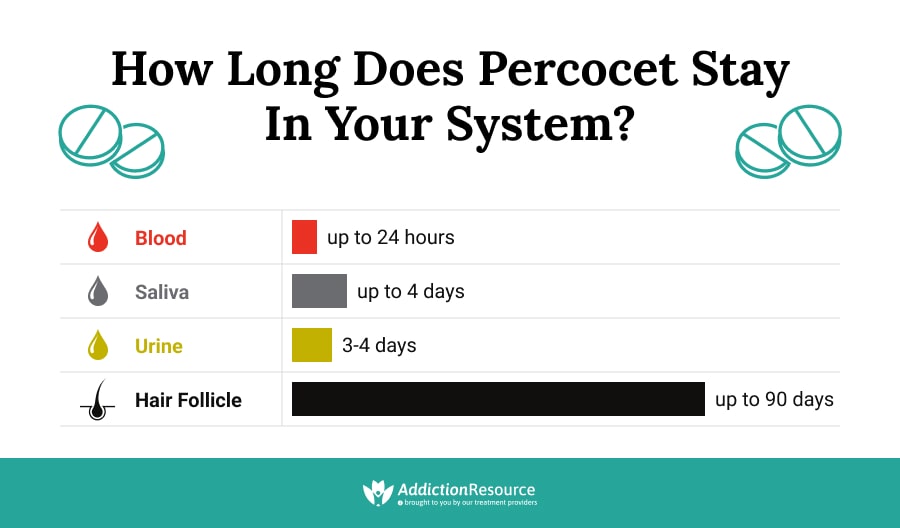 The point of drug metabolism is to make the components hydrophilic so it can easily be passed out as excretion, mostly in the urine form. According to the study published on NCBI, all metabolism for opioids takes place in the liver. Percocet in system will depend on the metabolism of oxycodone and acetaminophen in the body.

How is Oxycodone Metabolized?

There are general patterns that can be seen with most users, and these usually involve two significant phases. Phase one of oxycodone metabolism involves subjecting the pill to hydrolysis or oxidation, and step two involves attaching the drug to hydrophilic substances (such as glycine or glutathione). The order of the phases may vary according to the user’s system, but the expected result is the same. When Percocet in system becomes sufficiently hydrophilic, then it is excreted from the body.

How is Acetaminophen Metabolized?

Due to the study on the metabolism of acetaminophen, it also takes place in the liver. The first phase of metabolism is called sulfation, in which the ingredient binds to a sulfate molecule and then a glucuronide molecule (glucuronidation). Consequently, it is then expelled from the body by the liver.

If the liver contains an excessive amount of acetaminophen, it can saturate the glucuronidation and sulfation pathways. In that situation, the ingredient has to be processed through a different pathway – the cytochrome P-450 system. This system forms a toxic, intermediate metabolite, which is consequently disarmed by yet another pathway – the glutathione system.

How Long Does It Take For Percocet to Work?

Due to Percocet mechanism of action, the length of time it takes for the medication to work varies according to the individual and the strength of the dosage. Different people require different dosage strengths to deal with varying pain levels, so there is no “set in stone” timeline. Usually, a physician would recommend a patient to start with the smaller doses, for example, Percocet 5/325mg, and increase dosage strengths only if it doesn’t work. This will help keep the side effects at a bare minimum while ensuring it remains effective work for its purpose. 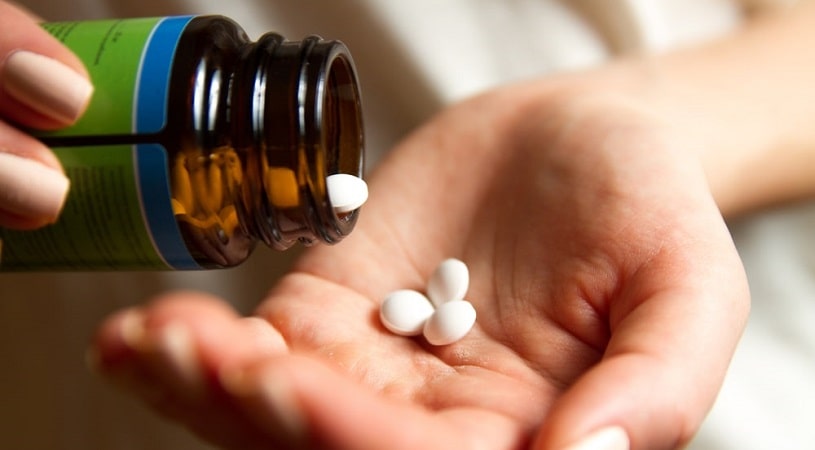 Typically, the pill should kick in within 15 to 20 minutes. Then, it reaches maximum levels of concentration in the bloodstream within the first 30 to 60 minutes.

For a patient who has been using the painkiller for a while, they may experience a sort of delayed kick in. It means the body has become accustomed to the prescribed dose and needs an increase to keep it effective. However, such a patient still needs to check with a qualified doctor before deciding to increase the dosage strength.

How Long Does Percocet Stay in Your System?

When the goal is to clear the body from the drug successfully, a person must understand the half-life of Percocet. It will provide useful information to know how long the withdrawal lasts but dosage, the total period of intake, and individual physiological differences will also have to be considered. 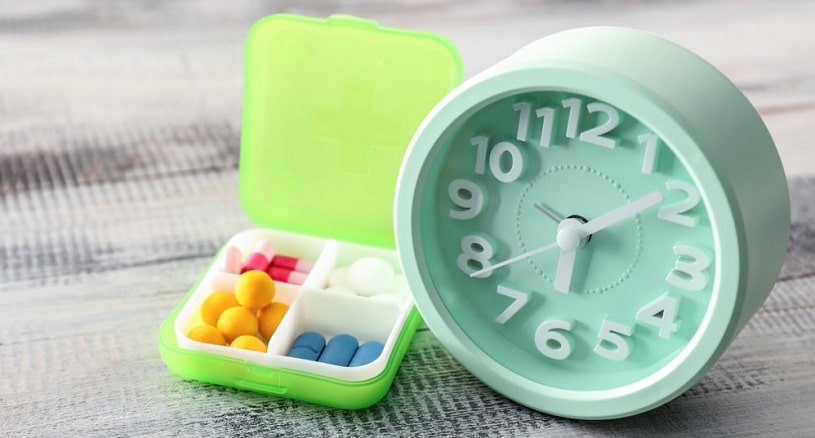 Percocet half-life is around 3.5 hours, so half of it will be removed from the body within this time. To eliminate Percocet(oxycodone and acetaminophen) will require about 24 up to 48 hours. In rare cases, such as high doses or prolonged use, it may take an extended time for the drug to get out of the system.

Variables That Affect The Elimination

Despite the values of the half-life of Percocet, the drug test detection time may take longer. People will metabolize the substance differently, and the period for the medication to stay in the system after one stops taking it will depend on many factors.

Time Of Appearance On Drug Tests Depends On Other Factors, Including the Following: 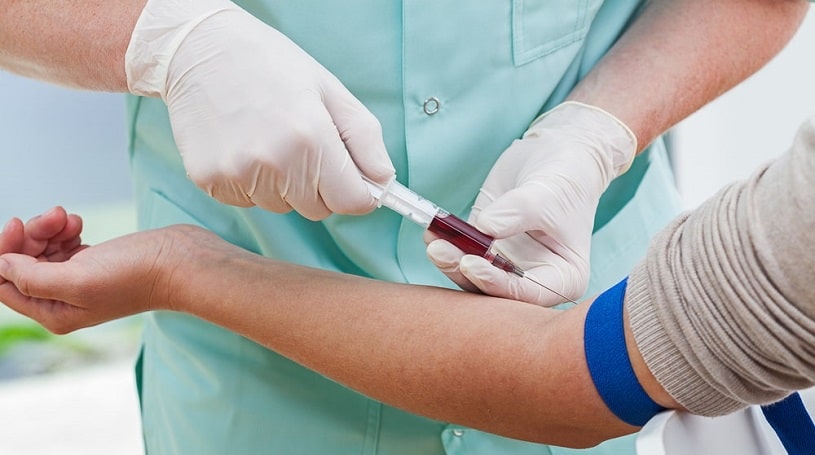 How to Get It Out Of The System?

When this medication has been prescribed for a legitimate reason, doctor’s orders must be strictly followed. However, when painkiller addiction is an issue, the best way to successfully withdraw from the drug and stay off it for good is to get professional help in addiction treatment.

Below Are Some Tips to Keep in Mind When Clearing Users System Is the Goal:

Load up with Fluids

Water will dilute the urine, which may change Percocet in urine detection times. Try to push as many fluids out of the body. The sooner user can start flushing, the better the chances of getting a negative drug test result will be. 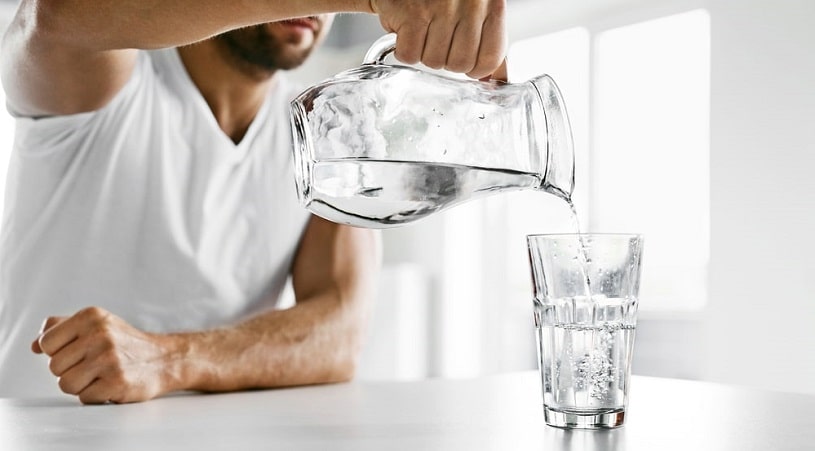 When a severe dependence has been developed, do not withdraw suddenly. A drug dependent person will most likely go through withdrawal symptoms that can include life-threatening side effects. Violent seizures and other severe withdrawal symptoms are likely with drug abuse.

Go through gradual withdrawal with a professional. Will-power is a key, but having a medical professional can be an ace when it comes to withdrawing from painkiller addiction. Get professional help. Health specialists know how to treat addiction and to correct the habits for good. Checking in at a qualified treatment facility can also help.

Percocet, a combination drug of oxycodone and acetaminophen, is likely to cause addiction in people who abuse it. Although Percocet half-life is approximately 3.5 hours, the oxycodone component can remain detectable in one’s hair for up to 3 months. Those struggling with painkiller addiction are advised to seek professional help. Ignoring the addiction and continuing to take the drug despite its unwanted effects can lead to dangerous health consequences. Sometimes other medications similar to Percocet can be prescribed for pain management. Treatment is available, and the first thing one needs to do is admit a problem with drug use. Withdrawal symptoms from opioids are better handled at a rehabilitation facility.