Effexor And Alcohol and Other Venlafaxine Interactions

Drinking on antidepressants has traditionally been eschewed by healthcare providers. When used alone, alcohol has psychotropic effects, which include psychosis, memory defects, and depression. Effexor and alcohol can interact, causing several side effects and increasing lethality in case of overdose. However, alcohol is not the only substance among Venlafaxine interactions. It’s vital to consult a health professional before taking any drugs together. Learn more about the interaction between Venlafaxine and alcohol and other substances that should be avoided on this medication.

Side Effects Of Combining Effexor And Alcohol

Alcoholism is commonly associated with depression, which venlafaxine hydrochloride is used to treat. In research, most patients consuming Effexor XR and alcohol see effects similar to those seen with alcohol alone. However, decreased alcohol tolerance is a rare side effect of Venlafaxine. This is due to increased toxicity on the liver and kidneys. Other side effects commonly observed with this combination are divided into two categories: physical effects and psychological effects.

In some patients, Venlafaxine potentiates the side effects seen with alcohol alone.

As previously mentioned, drinking makes one depressed. Combining Venlafaxine and alcohol causes a worsening of depression symptoms, increased anxiety, mood swings, increased feeling of hopelessness. There is significant anecdotal evidence in human beings stating that Venlafaxine caused increased cravings for a drink. Evidence regarding Effexor and alcohol cravings has been conclusively provided in rodent models. According to research information, long-term use of the drug (five weeks) in the rodent models of alcoholism leads to increased alcohol consumption. 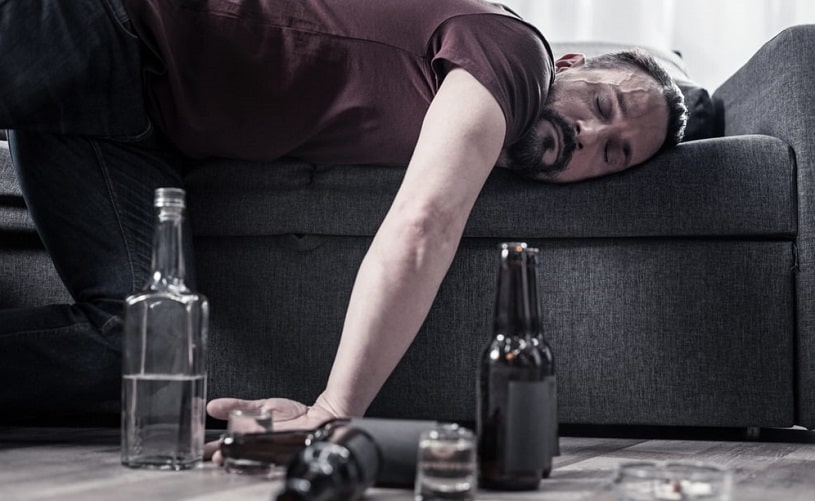 This effect is thought to arise due to modifying the brain’s reward circuitry by the combination. Retrospective studies in human patients from various countries have confirmed that venlafaxine can cause increased alcohol dependence.

Effexor is prescribed predominantly as an antidepressant. However, its uses include social anxiety disorder, attention deficit disorder, etc. One of the reasons it is a popularly prescribed medication is the low toxicity and high lethal dose of the drug. However, when combining Effexor XR and alcohol, its lethality is significantly increased.

The presence of alcohol in the body also potentiates other symptoms of venlafaxine overdose like cardiac arrhythmias and depression of nervous functions. The most common symptoms observed for such overdoses include tachycardia, somnolence to coma, seizures, pupil dilation, vomiting. In rare cases, ventricular tachycardia, bradycardia, hypotension, liver necrosis, serotonin syndrome may also be observed.

The symptoms above could increase the lethality of the combination and the morbidity of survivors of overdose. These symptoms also introduce complications in revival techniques used by emergency medical personnel on said overdose victims.

Suicidality is a significant side effect of Effexor, especially in young adults. This increased suicidality can be significantly potentiated by alcoholic depression. Therefore, a patient drinking on the medication may be far more likely to commit suicide than one on the drug alone.

Bupropion and Effexor may be used together for treating chronic recurrent major depression. However, mixing Wellbutrin and Effexor may cause a severe interaction with dangerous adverse reactions. The interaction between Effexor and Wellbutrin may increase the risk of developing seizures, especially in the elderly. It’s recommended to avoid such combination treatment as the health risks outweigh the benefits unless recommended by a doctor.

When it is mixed with Trazodone, a rare serious condition called serotonin syndrome might appear.

The Symptoms of Serotonin Syndrome May Include:

Call the emergency on 911 if these symptoms appear. It is not recommended to mix these drugs without a doctor’s advice to avoid the likelihood of fatal interaction effects.

The two medications are effective in treating depression. However, there is a difference between Zoloft and Effexor in their mechanism of action. A doctor may prescribe both medicines at the same time for refractory cases. The danger of severe interaction could occur when mixing them. Dangerous serotonin toxicity is a common adverse reaction of this combination.

Mixing Effexor with Remeron is helpful in the treatment of persistent depression. However, severe Venlafaxine interactions may occur. This combination may cause sedation and weight gain. 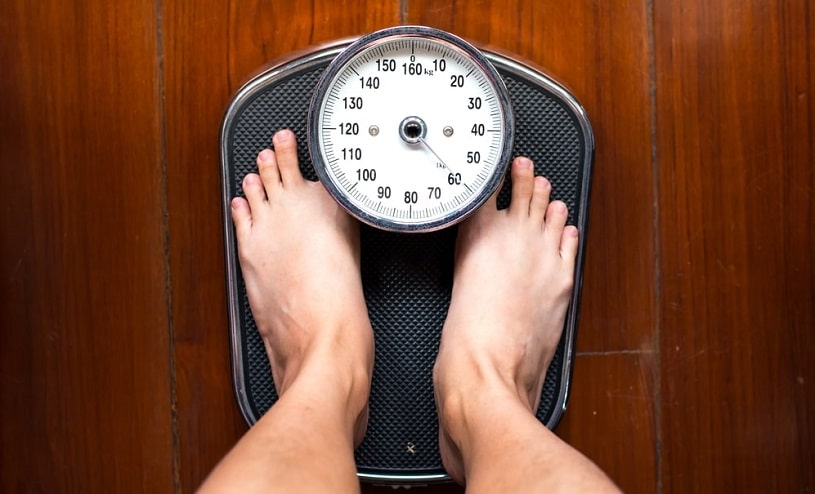 It’s recommended to consult a healthcare provider before mixing Venlafaxine with Remeron to avoid the dangerous effects of taking these drugs.

Despite using Prozac for withdrawal from Effexor due to its longer half-life, a dangerous interaction could occur if you mix them. Low Effexor dose with Prozac can cause constipation, urinary retention, blurred vision, and dry mouth. A severe risk of serotonin toxicity may occur if a higher dose is used. The use of Prozac and Venlafaxine together should be done under the supervision of a healthcare provider.

A combination of Effexor and Lexapro is beneficial for treating recurrent cases of depression. However, severe interaction can occur when they are co-administered. Toxic serotonin syndrome symptoms such as confusion, hallucination, and seizure may appear. It is advised not to mix these medications without doctor consultation.

Cymbalta and Effexor should not be used together as it is among severe Venlafaxine interactions. The dangers can induce serotonin syndrome, resulting in nausea, altered consciousness, seizures, and death. It is not recommended to mix selective serotonin reuptake inhibitors with Cymbalta without doctor consultation.

A medical provider could prescribe Effexor with stimulant drugs for treating attention deficit hyperactivity disorder (ADHD). However, dangerous adverse reactions are possible after using them together. Nervousness, anxiety, and restlessness are common adverse reactions of Venlafaxine interactions with any stimulant medication. Consulting a doctor before mixing these medications will help in avoiding the possibility of dangerous reactions.

Mixing Effexor with Adderall may cause severe interactions besides decreasing the antidepressant effect of Venlafaxine. Serious adverse reactions are possible after using them together, such as increased anxiety and racing thoughts.

Concurrent use of Adderall and Effexor is clinically contraindicated, as it could lead to increased serotonin levels due to potential inhibition of the CYP2D6 enzyme. It’s highly recommended to avoid mixing these drugs without consultation with a doctor.

Co-administration of Effexor and lisdexamfetamine could also cause a severe interaction. Effexor capsules may increase the stimulant effects of Vyvanse if they are taken together. As a result, there is a risk of side effects such as jitteriness, restlessness, anxiety, and nervousness. This combination may also increase the chance of toxic serotonin syndrome.

A moderate interaction is possible if one mixes Effexor and Xanax. Taking them together could increase the risk of adverse reactions such as dizziness, confusion, drowsiness, difficulty concentrating, and drowsiness. Co-administration of Effexor with Xanax in the elderly causes impairment in judgment, thinking, and motor coordination. Avoid taking this combination while driving or operating hazardous machinery.

Klonopin and Effexor combination may cause moderate interaction effects. Central nervous system depression and respiratory depression are common adverse reactions that could appear after taking these medications. It’s recommended to consult a healthcare provider before mixing them to know all the information about dangers.

According to the U.S. National Library of Medicine, It’s possible to use Venlafaxine for neuropathic pain. As a result, a healthcare provider could prescribe it for pain management with painkillers.

What Painkillers Can One Take with Venlafaxine?

It’s essential to consult a doctor before mixing Venlafaxine with any painkiller to avoid dangerous interactions.

Effexor And Antipsychotic Medicines Together

Co-administration of Effexor and antipsychotics may help depressed patients who haven’t got better after antidepressant monotherapy. Moderate Venlafaxine interactions may occur when it is mixed with antipsychotic medications. Such a combination may increase the risk of cardiac arrest and death.

A moderate interaction could occur after mixing the two. Taking both medications may increase adverse reactions such as drowsiness, confusion, and concentration problems. The use of Effexor and Abilify among the elderly could increase the chance of poor judgment and impaired thinking, so it is highly advised not to mix these medications without a doctor’s advice.

Co-administration with Seroquel can cause an irregular heartbeat and may even lead to death. Patients with congenital long QT syndrome or conduction abnormalities, or electrolyte abnormalities are at high risk of this dangerous interaction. It is important not to mix these medications without doctor consultation to avoid the risk of fatal effects.

Some persons may use Venlafaxine to reduce depression associated with cannabis. However, using Venlafaxine could lead to an increase in cannabis use. Some recreational users may combine Effexor and marijuana to get high feelings. 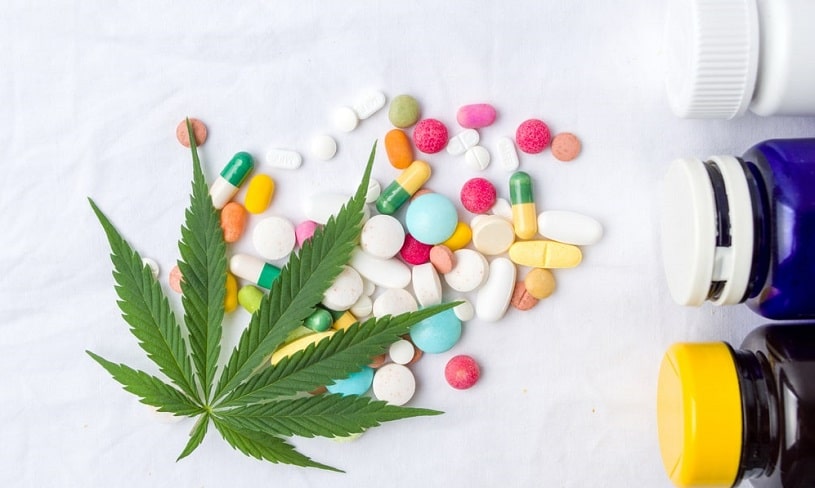 Recreational use of weed and Effexor and these drugs alone is dangerous to health, may cause severe adverse reactions, and may lead to addiction development.

Weed may increase the medication’s levels in the blood and also potentiate its sedation effects. Mixing them may lead to dangerous Venlafaxine interactions, which may be fatal. Respiratory depression, dizziness, vomiting, and central nervous system sedation could appear after combining Effexor and weed. It’s recommended to avoid mixing Effexor and weed to prevent the possibility of hazardous interaction effects. Moreover, marijuana is illegal in several states of the U.S., so using may also lead to legal liability.

So can one drink on Effexor? The short answer is no. While some patients may experience no additional side effects of Venlafaxine interactions with alcohol, others may see crippling symptoms like alcohol blackouts. Many other severe drug interactions with Venlafaxine should be prevented and avoided. The most effective way to avoid severe consequences of venlafaxine interactions is to consult a medical professional. Venlafaxine stays in the system for some time, so mixing any substances should only be made under a doctor’s supervision, especially if women take Effexor while pregnant. Misusing it or co-administering it with other drugs may also increase the chance of abuse and addiction development. If any signs of addiction are noticed, finding a rehab center for addicts to accelerate the recovery process is essential. Many addiction treatment options are available for different types of abuses caused by mixing Venlafaxine with other medications.