Diphenhydramine Interactions: What Not To Take With Benadryl?

Benadryl is a brand name of the drug Diphenhydramine, an over-the-counter, first-generation antihistamine that is accessible without a doctor’s prescription. Diphenhydramine’s main use involves the treatment of allergy symptoms, but it is also known for its sedative effects and thus is widely used as a sleep aid, too. Currently, 1417 drugs are known to cause Benadryl interactions – the majority of them cause moderate interactions. Let’s take a look at some of the most common and popular medications and substances that cause Diphenhydramine interactions to minimize the risk for adverse medical effects.

Benadryl may react not only with drugs, but also with food and other substances. Before combining medications, it is important to ask a doctor and get enough information to minimize risks.

Like other drugs, Diphenhydramine interactions with other medications are categorized into 4 types: major, moderate, minor, and unknown. The same goes with Benadryl and alcohol as well as Benadryl and weed interactions. The risk for side effects and the severity of symptoms one may experience generally depend on the chemical makeup of diphenhydramine. So, before taking a drug together with Diphenhydramine, make sure to check the medication’s labels for more information. Of course, seek the expert advice of a doctor or ask a pharmacist about the possible Benadryl interactions that may arise.

A rather small percentage of the drugs currently known to have Benadryl interactions cause major ones. Although rare, combining medicines that cause major drug-drug interactions should be avoided – the effects could be really dangerous and the anticipated benefits of each drug are outweighed by the increased risk of their interaction. 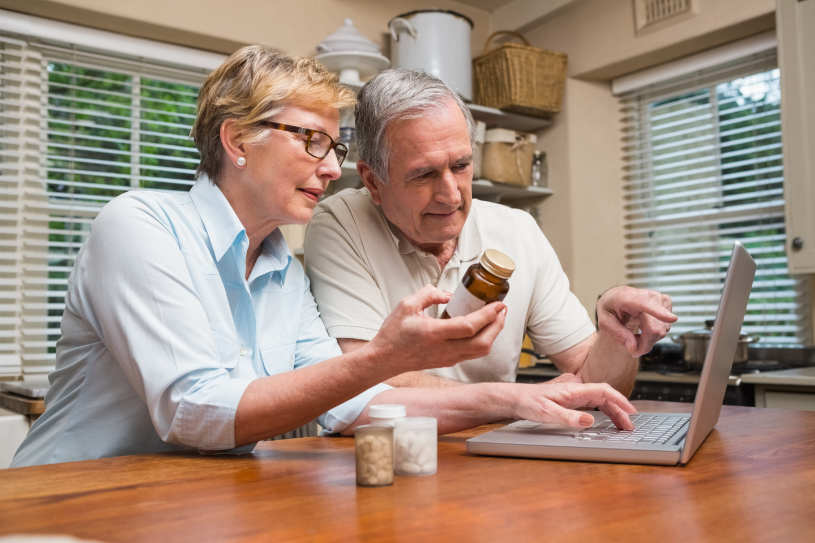 Most drugs that are known to interact with Diphenhydramine cause moderate interactions, meaning that taking other drugs with Diphenhydramine should usually be avoided. Such combinations must be avoided unless the patient knows how it affects them. And again, it would be best to take the advice of a doctor or a pharmacist before doing so.

Both Zyrtec and Benadryl are antihistamines – a class of drugs used to treat allergy symptoms. When combined, there will be an increase in the risk or severity of adverse effects. Zyrtec and Benadryl have sedative and CNS depressant effects, which means that taking them together will double one’s desire for sleep. Other side effects such as concentration difficulties, dizziness, and impaired motor coordination may also be increased.

Taking Xanax with Diphenhydramine increases the risk of Diphenhydramine interactions and adverse effects. Therefore, it is not recommended unless instructed by a doctor or medical professional. They are both central nervous system (CNS) depressants, so both of them can slow down heart rates and prolong CNS and respiratory depressant effects significantly.

These two belong to the same class of medications and work similarly. Like the other Benadryl interactions discussed above, taking Dextromethorphan with Diphenhydramine may lead to increased CNS depression.

There will also be an increased risk of:

Combining Trazodone and Benadryl can increase the risk or severity of drug-induced QT prolongation, which can trigger tachycardias or increased heart rate. Other possible symptoms include sleepiness, dizziness, and impaired mental function such as confusion and concentration difficulties. The elderly may also experience impairment in motor coordination.

Chances of adverse effects are increased with the concurrent use of Gabapentin and Diphenhydramine (both of which can cause CNS depression). Side effects that may arise from the combination of the two may include increased drowsiness and sedation, respiratory depression, confusion, and decreased mental awareness. Using them together should be approached with caution, especially for patients with health conditions or who are over 65 years of age.

Hydroxyzine and Benadryl are both antihistamines, and combining them also increases the risk or severity of drug-induced QT prolongation. In addition to QT prolongation, possible side effects can include the following:

Using both Melatonin and Benadryl at the same time is not recommended. While the two have different mechanisms of action and work quite differently, they have a similar effect. Both of them cause sedation and combining them essentially means intensified sedative effects. Additionally, taking Melatonin and Benadryl together can cause additive CNS depression.

The use of Loratadine and Diphenhydramine together is not recommended. Both of them are antihistamines and basically, work the same way. However, despite the fact that Claritin is considered non-sedating, their duplicative nature may cause additive drowsiness. Loratadine’s anticholinergic activities may also see an increase when the drug is combined with Diphenhydramine. 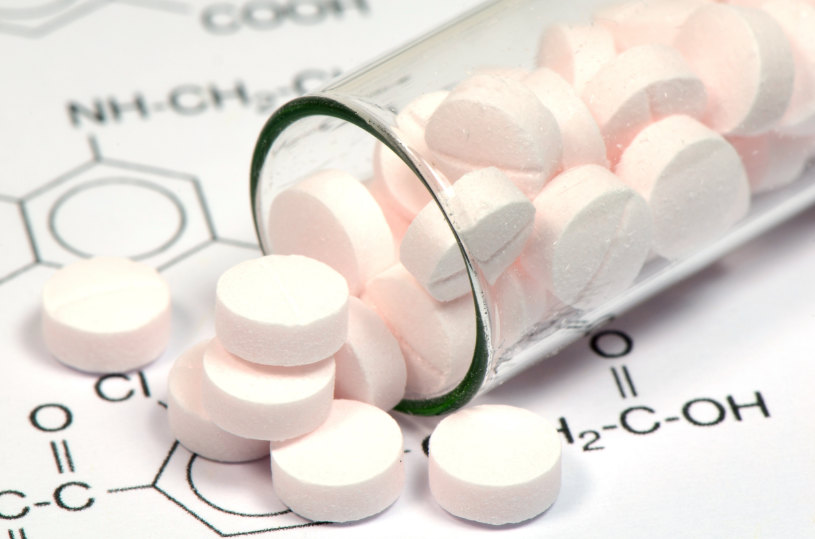 Combining Benadryl and Ibuprofen is practically safe. In fact, the two are frequently used together – there is actually a medicine called Advil PM that is the exact combination of Benadryl and Ibuprofen. While there may be minor interactions such as dizziness and confusion that the elderly population may experience, the combination will rarely cause negative side effects for most people.

Prednisone is a corticosteroid that works by suppressing the immune system to reduce allergy symptoms and swelling reactions. This medication is known to cause some degree of insomnia as well as other side effects such as excitation and increased energy. Diphenhydramine, on the other hand, has sedative effects, which is why some Prednisone users take them to help counter the latter’s effects a bit. There are no safety issues or negative interactions associated with taking them both together, though.

What Food and Substances Should Be Avoided When Using Diphenhydramine?

Diphenhydramine may react not only with drugs, but also with food and other substances. To avoid harmful circumstances, it is advised that a doctor or pharmacist should be consulted before a user starts taking any form of Benadryl. Medical professionals will advise appropriately health conditions, food and drug interactions, and that do not respond well to Benadryl formulations.

Grapefruit juice can affect how some medications work, and antihistamines are among the types of drugs that may interact with it negatively. Enzymes help metabolize many drugs, and grapefruit juice tends to block their function. The juice’s composition can affect transporters or body proteins found on the surface of cells in the body – which play an important role in the absorption of medications. That said, it may cause a lower or higher absorption rate of a drug, and in the case of Diphenhydramine specifically, grapefruit juice prevents it from entering the cells as effectively as it should. And so, bioavailability and drug efficiency are decreased. 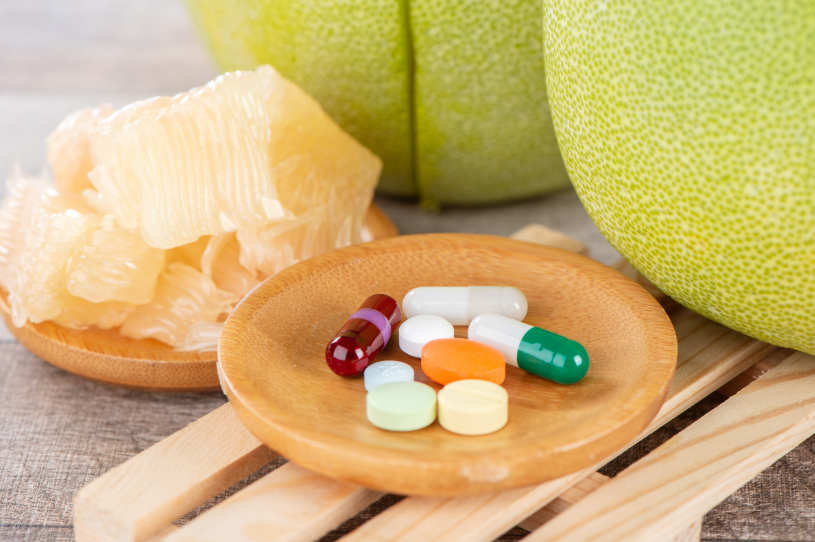 Cannabis has a tranquilizing effect. Sometimes, when a person uses the substance, they begin to feel drowsy. Diphenhydramine also has a tranquilizing and sedative effect, so one may experience increased drowsiness. Consequently, the combined use of Benadryl and weed is that the likelihood of their adverse reactions occurring is significantly increased. Other possible side effects include drowsiness, impaired mental function, and motor coordination, and prolonged or excessive respiratory and CNS depression.

Avoiding or limiting the consumption of alcohol when using Diphenhydramine is recommended. While the interaction of Benadryl and alcohol is classified as moderate and not major, concurrent use can potentiate the antihistamine’s CNS depressant effects. The combination can result in heightened side effects such as:

Also, alcohol and Benadryl interaction is found to be more pronounced in the elderly.

On the surface, Benadryl and caffeine seem to perform two completely different functions. One (caffeine) is seen to be a stimulant, and the other is seen to have a sedative effect. However, while Diphenhydramine does have a sedative effect overall, it has a stimulant effect on the heart. This is one of the reasons why people with heart conditions are advised to seek medical advice before using the drug. The concomitant use of Benadryl and caffeine may cause respiratory depression as they are both metabolized in the liver by cytochrome P450. Additionally, the stimulant’s effect on the heart is significantly increased, and there is a higher chance of an abnormal heart rate. Caffeine and Diphenhydramine interactions could lead to serious heart conditions as well, especially in the long term.

Diphenhydramine is a popular antihistamine used to treat allergy symptoms such as skin rashes, itching, colds, runny nose, and sneezing, to name a few. However, due to the relatively short half-life of Benadryl, its sedative effects, and because it is easily obtainable as it is an over-the-counter drug, it is prone to abuse or misuse. Oftentimes, people who combine it with other drugs are not aware of the potential negative Diphenhydramine interactions that could arise – risking experiencing adverse effects or overdose on Benadryl. Before combining medications, it is important to ask a doctor and get enough information to minimize risks. Users that are already struggling with these effects can begin their rehabilitation efforts by registering for a detoxification program to clear the body system from these meds.