Medicines With DXM And Dextromethorphan Analogs

DXM products have been on the pharmaceutical market for over sixty years when Hoffmann-La Roche first patented DXM cough syrup back in 1954. Today, more than 125 cough and cold medicines with DXM are available as over-the-counter drugs in the form of syrup, pills, capsules, and drops. Although medicines with DXM have primarily been used for their antitussive or anti-cough properties for the treatment of acute (<2 weeks) cough, they have recently been found to have other potential therapeutic uses in the management of pain and other neurological/neuropsychiatric conditions. This article reviews various DXM products, their various formulations, ingredients, and indications.

Cough syrups with DXM are available under many brands. The main difference between each brand of DXM cough syrup is the doses of DXM that it contains.

What Are DXM Products Used For?

Dextromethorphan or DXM belongs to a family of morphinan drugs. The primary and major indications for the use of the various DXM products are as cough suppressants or antitussives, that are used to treat isolated dry or minimally productive cough of fewer than two weeks duration, the cause of which can be related to upper respiratory tract infections such as the common cold or acute bronchitis.

More recently, Dextromethorphan in combination with quinidine has been FDA approved for the management of pseudobulbar affect (PBA). PBA is a neuropsychiatric condition characterized by abnormal emotional expression of inappropriate or mood-incongruent crying or laughter. 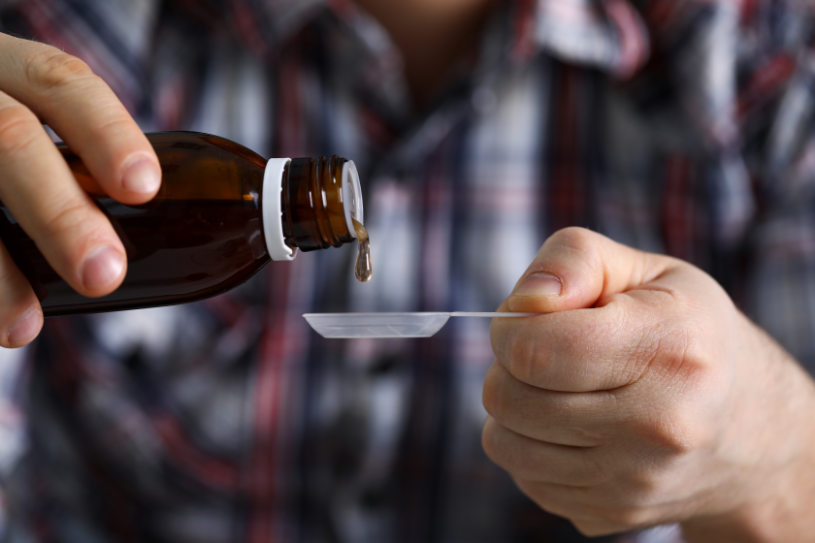 Cough syrups with DXM are available under many brands. The main difference between each brand of DXM cough syrup is the doses of DXM that it contains. There are two primary forms of DXM cough syrup, Dextromethorphan Hydrobromide (HBr) and Dextromethorphan Polistirex. DXM HBr cough syrup is an immediate release preparation, but DXM Polistirex is a sustained suspension, meaning that a single 30mg dose of DXM Polistirex provides plasma concentrations similar to that of two 15mg doses of DXM HBr. Both of these Cough syrups with DXM are primarily used to treat acute cough(<2 weeks) associated with upper respiratory tract infections.

What is Dextromethorphan HBr? DXM HBr is the water-soluble salt of Dextromethorphan and hydrobromic acid, a derivative of levorphanol and an analog of codeine, without any opiate effects. It only has antitussive activity with no analgesic effects or propensity for abuse or addiction. How does Dextromethorphan work in its HBr form? It works the same way as mentioned above, it enters the bloodstream, crosses the blood-brain barrier, and acts upon various centrally located receptors in the medullary cough center.

The Main Properties and Features of HBr Form:

Most often Dextromethorphan HBr is available under the over the counter brand “Benylin”.

DXM Polistirex is a similar antitussive. However, Polistirex is a time-release formulation of Dextromethorphan. The active ingredients are surrounded by an edible copolymer complex, which when taken orally, slowly dissolves in the stomach and releases the drug into the bloodstream over 12 hours. It is the only OTC cough syrup having this characteristic.

In contrast to Dextromethorphan HBr, which is absorbed and metabolized quickly, Polistirex has a longer duration of cough suppression. The plasma half-life of Polistirex is about 12 hours, and antitussive activity can last for 6 hours.

The Features of Polistirex Form:

Furthermore, according to information in a study published in the U.S. The National Library of Medicine, DXM Polistirex may have a role in treating neuropathic pain.

There are many DXM analogs with different efficacy and safety. Be sure to consult a therapist before replacing with analogs, as this may adversely affect health.

DXM pills are similarly used for treating acute cough by inhibiting the excitability of medullary  cough centers. DXM pills are primarily used for replacing codeine as a cough suppressant and have no analgesic actions or the propensity for abuse or addiction.

Features and Properties of Dextromethorphan Pills:

The pill/tablet form is more slowly acting than the cough syrups with DXM, as the syrup in this agent also helps soothe irritated airways and cause cough relief until the effects of the active ingredients kick in.

DXM gel caps are used for the same indication as mentioned above, primarily to treat isolated dry or minimally productive acute cough lasting less than 2 weeks. After oral administration, Dextromethorphan capsules are entirely absorbed from the gastrointestinal tract, and their effect begins 30 minutes after ingestion. The duration of the therapeutic action of the capsule is about 8 hours. It undergoes hepatic first-pass metabolism and is excreted in the urine in its metabolite forms.

The Characteristics of Dextromethorphan Gel Capsules: 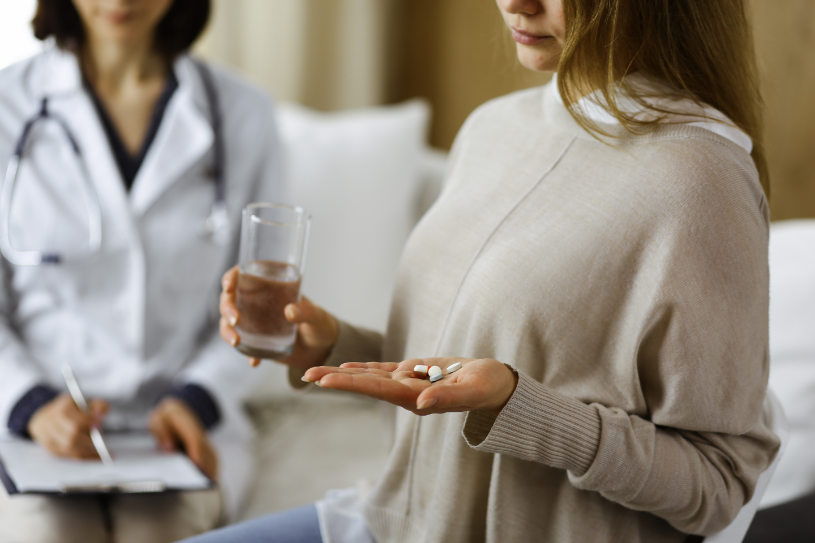 Dextromethorphan lozenges are used to temporarily suppress coughing due to mild sore throat and bronchial irritation. The effect of drops starts 15-30 minutes after sucking and their duration of action is less than 6 hours.

The Features of Cough Drops With DXM:

Cough lozenge contains the active ingredient Dextromethorphan HBr. Each brand has a different concentration of the medication. The most common concentrations are 7 mg, 7.5 mg, and 15 mg per lozenge. High dose lozenges at 30mg are also available but less common. It is recommended to suck lozenges, not to chew, break, crush, or swallow them whole. If lozenges are taken regularly, take the missed dose as soon as possible. There are combinations of Dextromethorphan and other substances in the form of drops. These combinations are available in several brands, such as “Robitussin” and “Mucinex DM” lozenges.

The most popular cold and cough medicines in the USA contain Dextromethorphan, such as Delsym. However, many may seek cold medicines without Dextromethorphan due to doubts about its safety, adverse effects that may appear, the possibility of allergic reactions, or simply because they prefer natural remedies. Do drugs without this medication work better to treat coughing symptoms, and what are the similarities and differences between these medications and Dextromethorphan?

Codeine and Dextromethorphan are structural analogs and have the same mechanism of action in suppressing cough. In the past Codeine in low doses (~15mg) was used very efficiently to suppress acute cough. However, Codeine is metabolized into Morphine which has opioid effects on the CNS and also has liability for abuse and addiction. Furthermore, in case of overdose, the effects of Codeine can be reversed with Naloxone, which does not work in the setting of Dextromethorphan overdose.

Pholcodine is used clinically in many countries outside the U.S. Although structurally related to opioids, pholcodine has no opioid-like actions. Pholcodine is at least as effective as Codeine and  Dextromethorphan as an antitussive. It has a long half-life and can be given once or twice daily.

Benzonatate is a long-chain polyglycol derivative chemically related to Procaine.  Benzonatate is one of the drugs among the antitussive class that exerts its effects both centrally and peripherally. It is believed that Benzonatate exerts its antitussive action on stretch or cough receptors in the lung, as well as by a central mechanism. It is available in oral capsules.

What Form And Product Of DXM To Choose?

DXM products are available in many forms, which help to cope with the different stages of cough depending on individual needs. The cough syrup is safe for both children and adults when used as recommended. Polistirex is preferred to Dextromethorphan HBr because of its longer duration of cough suppression. It is advised not to use different forms without consulting a doctor.

However, using an OTC cold medicine without this particular medication can also be an option, to avoid the risk of side effects. There are many analogs with different efficacy and safety. Be sure to consult a therapist before replacing with analogs, as this may adversely affect health. The doctor may also suggest which analog will have more useful qualities for an individual. The abuse of Dextromethorphan can lead to drug addiction. The success in treating the addiction depends on how long a person remains addicted, how much drug is consumed and how badly the state of the body is. Also, finding the proper rehab center will accelerate the chance for a successful recovery.