Zyrtec vs Benadryl And Other Benadryl Alternatives: Which Is The Superior Antihistamine?

Zyrtec (Cetirizine) and Benadryl (Diphenhydramine) are antihistamines that are indicated for the temporary relief of the symptoms and signs of seasonal or upper respiratory allergies such as sneezing, runny nose, itchy watery eyes, and itching of the nose and throat. However, they are each from a different generation of antihistamines, whose side effect profiles differ from each other. This greatly affects the decision of Zyrtec vs Benadryl, which patients often have to make. Furthermore, multiple other antihistamine drugs that can be used as Benadryl alternatives for allergic reactions are also available. Thus making the decision of choosing the right and the most effective antihistamine even more difficult for some. Therefore, It is essential for patients to be aware of the different options, whether complementary or alternative, available to them when deciding on the right allergy drug. Read further to find out more about the similarities and differences between the safety and efficacy of various types of antihistamines; as well as various possible Benadryl alternatives and the possible reasons for choosing them.

Like many medications, patients seek Benadryl alternatives to help reduce side effects that might be experienced from taking the drug.

Is Zyrtec The Same As Benadryl?

Zyrtec, the generic of which Cetirizine, and Benadryl, whose generic is Diphenhydramine (DPH), are both antihistamine drugs with similar mechanisms of action and indications of use. However, they are not the same. The major difference between them lies in their classification. Diphenhydramine is a first-generation antihistamine, which means that it is capable of entering the Central Nervous System, where it can act on central receptors to cause significant drowsiness and sedation. Whereas Cetirizine is a second-generation antihistamine, that is incapable of entering the Central Nervous System and is not associated with significant drowsiness or sedation. Although Cetirizine, when compared to other second-generation antihistamines, is the most sedating. Furthermore, DPH contains anticholinergic actions which give it an additional array of adverse reactions. Cetirizine lacks these anticholinergic effects of DPH, and as such has a smaller spectrum of adverse reactions. Whatsmore, Cetirizine has the added benefit of being a mast cell stabilizer which makes it more useful in certain conditions, such as allergic conjunctivitis, a function which DPH lacks. Thus, Zyrtec is the newer second-generation antihistamine that is relatively safer due to fewer adverse reactions and the relative absence of sedation or drowsiness in comparison to Diphenhydramine. 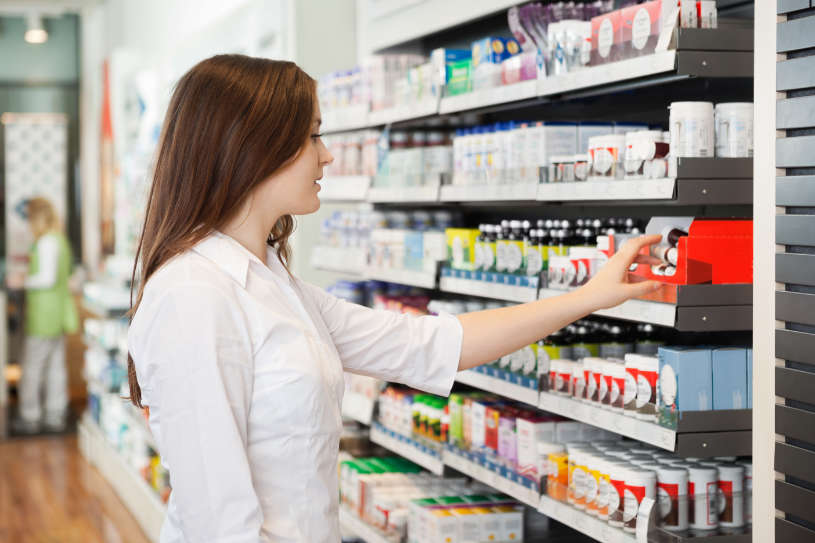 Side Effects Of Benadryl And Zyrtec

As both these allergy medications are antihistamines, they share a spectrum of some similar side effects. However, since they are of different generations of antihistamines, they also have a difference in the number and severity of adverse health reactions linked with each medication. Let’s take a look at the similarities and differences in the spectrum of side effects of Benadryl and Zyrtec.

Zyrtec vs Benadryl: Similar Side Effects

Some of the similar side effects of Cetirizine and Diphenhydramine include:

Zyrtec vs Benadryl: Different Side Effects

The following table shows the difference between Cetirizine and Diphenhydramine in terms of commonly(>2%) observed side effects.

Zyrtec vs Benadryl: Which Drug Is Safer And More Effective?

The question of Zyrtec vs Benadryl or which Benadryl alternatives are more effective is one that is frequently asked. However, a definitive answer to the question is hard to give. To begin answering this question, one must first establish the criteria based on which these two medications are to be compared. This criterion includes two main points, Efficacy in treating a given condition and Safety which lies in the degree of Drug-related sedation elicited.

Why Look For Benadryl Alternatives?

Like many medications, patients seek Benadryl alternatives to help reduce side effects that might be experienced from taking the drug. Since no antihistamine alternatives are fully free of side effects, individuals look for options that provide similar benefits with less or milder adverse effects on their health.

The most common reason why patients look for Benadryl alternatives is to avoid its side effects. Some notable side effects include sedation, drowsiness, fatigue, and impaired coordination. These side effects of Benadryl are generally undesirable, so most individuals seek alternative medications. Also, its use can sometimes be contraindicated if patients have asthma, Chronic Obstructive Pulmonary Disease(COPD), glaucoma, bladder, or GI obstruction, etc, forcing them to seek alternative medications for their allergy symptoms.

Diphenhydramine, the generic compound contained in Benadryl, has the potential for overdose if used incorrectly. “Incorrect use” could refer to acts such as ingesting larger than recommended doses of DPH or the incorrect ingestion of liquid topical diphenhydramine gel which contains much higher concentrations of DPH. These acts can have serious adverse effects on the patient’s health including heart problems, seizures, coma, and even death. Therefore, to reduce the risk of serious consequences to health, one should seek advice from your medical doctor regarding the correct indication and route of administration for Benadryl, as well as any other OTC medication you plan on using.

After experiencing symptoms of Benadryl withdrawal, such as difficulty sleeping at night, feeling restless, Nausea, and/or Diarrhea. Patients may want to seek an alternative antihistamine that has less of a tendency for developing dependence and addiction.

Polypharmacy refers to the use of five or more medications on a daily basis. Furthermore, the definition can be expanded to include the distinction between appropriate and inappropriate polypharmacy, but this is beyond the scope of this article. Polypharmacy that includes various Diphenhydramine containing drugs can be particularly concerning, as DPH has numerous drug-to-drug interactions.  These potentially harmful drug-to-drug interactions cause an undue burden on a patient’s day-to-day health and may be a reason why allergy sufferers may seek alternatives.

Often, individuals use alternative natural medicine in conjunction with complementary clinical medicine to maximize symptomatic relief. However, the final advice on which anti-allergy medication is right for you should come from a trained medical expert.

What is The Best Benadryl OTC Alternative?

There are numerous over-the-counter antihistamine alternatives to Benadryl. In general, these options can all treat itchy eyes, congestion, rash, swelling, and other common (non-severe) allergic reactions.

Some of the Most Important OTC Alternatives Include:

Doxylamine succinate(Unisom) and Diphenhydramine(Nytol, Sominex) are both first-generation antihistamines that are used as non prescription sleep aids for the alleviation of short-term insomnia. They share a side effect profile of drowsiness, dry mouth, light-headedness, and constipation as well as prominent residual sleepiness the morning after when taken as a sleep aid the night before. The only difference worth mentioning when comparing Doxylamine succinate vs Diphenhydramine is their duration of action. The Benadryl half-life is 4-8 hours, whereas the half-life of Doxylamine succinate is 10-12 hours. This gives Benadryl a slight advantage, as the patient will experience side effects for a slightly shorter duration.

Doxylamine succinate is available in combination with vitamin B6 (pyridoxine) in the agent Diclegis for the help of nausea and vomiting of pregnancy.

Hydroxyzine is a type of a first-generation antihistamine. It is available as a prescription medication Atarax. Hydroxyzine has a long duration of action(14-25h) and is prominently used for skin allergies(pruritus, atopic dermatitis, urticaria). Furthermore, its considerable CNS-depressant activity may contribute to its prominent antipruritic action. It can also be used as an antiemetic, sedative, and antianxiety agent. Also, Hydroxyzine lacks the prominent anticholinergic side effects of Diphenhydramine. Another, unique aspect of Hydroxyzine regards its metabolism, ~70% of Hydroxyzine is metabolized to Cetirizine. Thus, when comparing the effects of Hydroxyzine vs Benadryl, important differences exist that have to be taken into consideration.

Chlorpheniramine is another first-generation antihistamine. It is the most potent histamine receptor antagonist. It is used in the treatment of allergic conjunctivitis, allergic rhinitis, histamine-mediated angioedema, dermatographism, pruritus, sneezing, urticaria, and is often a common component of OTC “cold” medications. When comparing Chlorpheniramine vs Diphenhydramine, Chlorpheniramine is less sedating with fewer autonomic adverse effects and is more suitable for daytime use. However, CNS stimulation as a side effect occurs more commonly.

Claritin vs Benadryl / Loratadine vs Diphenhydramine

Loratadine, widely recognized as Claritin, is an OTC second-generation antihistamine very similar to Cetirizine. Claritin is a non-drowsy option that can be used safely in patients aged 6 and upwards. Claritin also has minimal anticholinergic effects and is associated with lower chances of sedation, allowing individuals to maintain their daily routine. The differences between Claritin Vs Benadryl are much the same as Zyrtec vs Benadryl, however, Claritin is even less sedating than Cetirizine.

Melatonin is available as an OTC Ramelteon. Ramelteon is useful in combating both transient and chronic insomnia by reducing the latency of persistent sleep. Ramelteon has no effects on sleep architecture and no tolerance, no rebound insomnia, or significant withdrawal symptoms. It does not impair next-day cognitive function like Diphenhydramine and is generally well tolerated by patients with few experiencing side effects of dizziness, somnolence, fatigue, and endocrine changes. 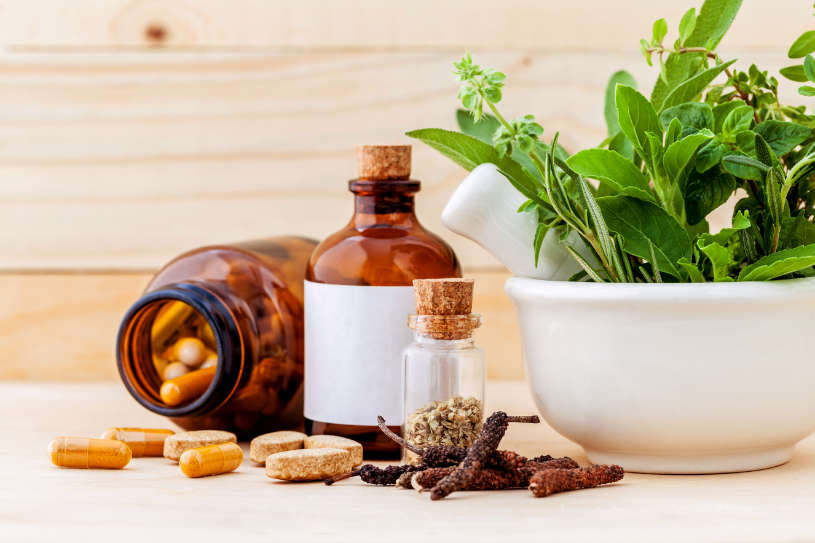 What Are Natural Alternatives To Benadryl?

If neither OTC nor prescription-strength alternatives are suitable for a patient, they often turn to natural alternatives to Benadryl on the advice of others who have found relief in them. Though they have not been clinically tested, many patients feel a desirable sense of relief after taking part in one or more of these treatment methods. Some of the natural alternatives can include the neti pot and nettle-leaf tea.

While not a medicinal cure, there have been favorable reviews on the effects of a well-applied neti pot. These specialized devices use sterilized water to flush out nasal cavities. This prevents contact irritation caused by allergens, which often trigger the most common cold-like symptoms from allergies.

Nettle-leaf tea is an age-old method for decreasing the irritating effects of everything from allergic reactions to poison ivy rashes. The compounds contained in nettle leaves such as adenine, nicotinamide, synephrine, and osthole are believed to have anti-inflammatory and antihistamine effects. Thus, when heated and distilled, nettle leaves release these compounds that can help in the treatment of symptoms associated with allergic rhinitis.

What Benadryl Alternative to Take?

The advice on which Benadryl alternative is best is a difficult one to give. OTC and prescription alternatives are traditionally the best-proven options, a patient might find the natural opportunities to be relatively safer, especially if they experience mild allergy symptoms. Often, individuals use alternative natural medicine in conjunction with complementary clinical medicine to maximize symptomatic relief. However, the final advice on which anti-allergy medication is right for you should come from a trained medical expert.

Also, while taking Diphenhydramine for treating allergies, it is essential to know its interactions with other medications and substances like Benadryl with alcohol. Some of these interactions may lead to dangerous circumstances.