Seroquel has the active ingredient quetiapine and is most often administered as an antipsychotic. The drug exerts several effects on the human central nervous system, largely in the 5-HT2A, 5-HT1A receptors, and other parts of the brain. Stopping Seroquel abruptly may lead to serious health issues by affecting the distribution of major neurotransmitters in the brain. Seroquel withdrawal symptoms can be extreme and pose a risk to wellbeing.
Some individuals may experience different levels of withdrawal from Seroquel due to particular health conditions. The concern with Seroquel withdrawal is that many individuals try to get off the drug without proper consultation with a medical professional, and this often goes wrong. There are significant risks connected with stopping Seroquel abruptly, especially for those who may be using very high doses of this medication.  There are several options to Seroquel discontinuation that will ensure the patient safely gets off the drug with minimal to no side effects.

Quitting Seroquel can be difficult because this medication is highly potent and affects major CNS functions. The regulation of neurotransmitters and levels of dopamine, histamine, serotonin, and norepinephrine is greatly affected. This can be dangerous when a person decides to stop Seroquel cold turkey. It is even more dangerous if one has been using Quetiapine (Seroquel) with other substances such as alcohol or other medications, which are likely to increase the effect of the medication. 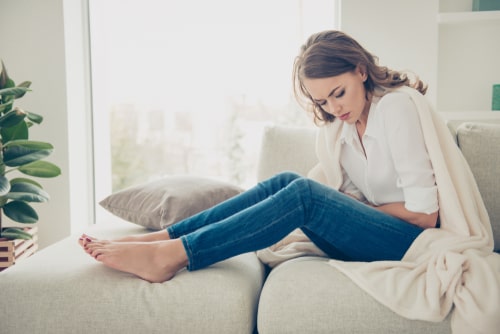 Quetiapine side effects can be quite intense, especially for those who may have developed a tolerance for high doses. Seroquel withdrawal cold turkey affects brain functions, creating a sudden disruption in an established system.

It has been confirmed that stopping Seroquel cold turkey could lead to health problems such as cardiac arrests and other dysfunctions. Those who intend getting off Seroquel are first advised to seek medical counsel from a doctor. The physician may recommend best practices for Seroquel taper.

In many cases weaning off Seroquel is the best way to avoid the health risks that come with withdrawal symptoms. Tapering off Seroquel helps to keep a fairly constant internal environment, ensuring that the brain continually receives a substantial amount or concentration of the substances that it has gotten accustomed to. Quitting the habit should never be immediate. The level of risk also depends on the dosage that the individual has been placed on overtime.  Medication can be tapered from the current dosage to the lowest form in sequences stretched over a period of days, weeks, or months. Seroquel 25 mg is the lowest dosage form for immediate release. Seroquel taper schedule should be recommended by a qualified physician. Risks associated with quitting the drug cold turkey include:

How Should One Taper Off Seroquel?

Here is how to taper off Seroquel: A doctor should create a tailored Seroquel XR withdrawal schedule to wean off the drug and to prevent relapse. To do this, the doctor assesses the current dosing and the tolerance level of the patient. For instance, a patient who has been on 300 mg daily may have to cut down the dose drastically to 50 mg per week, this is entirely up to the physician, after proper medical analysis of the patient’s condition. This change in medication will likely cause the development of limited withdrawal symptoms; however, it is imperative to stick to the drug schedule.

If the patient desires to switch medications for bipolar disorder and other mental problems, it is important to complete the tapering before taking up Seroquel alternatives to avoid complications such as concomitant use of Seroquel and other medications.

Queries on how to deal with Seroquel withdrawal are numerous as users find themselves conflicted on how best to get off the medication without health implications. Many people experience withdrawals from Seroquel due to unsupervised methods of tapering or stopping cold turkey. Some individuals may try to get off the medication by concomitant use with other drugs; this can cause some unwanted Seroquel drug interactions. 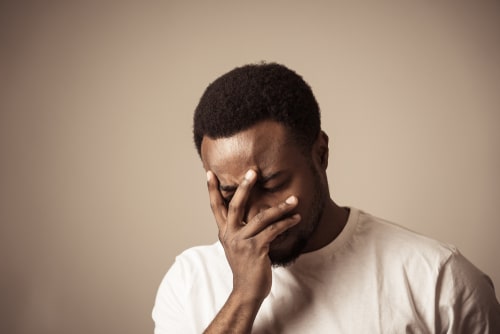 Generally, coming off Seroquel once the withdrawal symptoms begin, can be quite a challenge. The medication acts as a sedative and is also administered for schizophrenia in individuals above the age of 13. Quetiapine for sleep, bipolar disorder, and other mental health issues can be highly effective. However, the downside is the possible withdrawal symptoms that the patient might likely experience. Seroquel withdrawal side effects include:

Factors That Can Influence The Severity Of Seroquel Withdrawal Symptoms

Seroquel withdrawals have increased risks under certain conditions. Since the approval of the drug as a medication for certain mental health problems, there have been controversies on its applications in mental health. This dilemma has led to warnings by the FDA on the prescription medication as there are health conditions that may escalate the effects of the drug, leading to complications. There are two major warnings on the usage of the medication, they are specific black box cautions on administration, and they include:

The FDA advised against the use of Seroquel by the elderly who have been diagnosed with dementia, as the drug has been known to cause severe withdrawal symptoms, even while on a tapering schedule. The medication may also cause poor memory, rapid change in mood and personality, as well as confusion. The medication can be fatal to those with dementia. 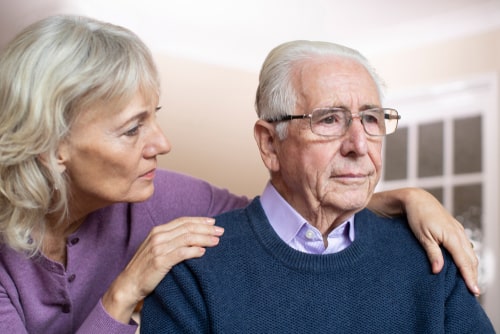 The efficacy and safety of the medication in younger children are inconclusive. Experts do not recommend this medication for children younger than 13 years of age. The medication greatly affects the CNS and brings about a feeling of depression, low self-worth, and suicidal behaviors, especially among individuals who are younger than 24 years in age.

Interactions With Other Substances

Concomitant use of quetiapine with other drugs may lead to serious health risks during withdrawals. They may influence Seroquel metabolism and elimination from the body.
Substances such as alcohol may increase the potency of the medication, and this can result in heavy sedation or worse conditions.

How Long Does Seroquel Withdrawal Last?

There are people who experience extended quetiapine withdrawal symptoms, while some others may have very brief experiences. Quetiapine withdrawal time may depend on a few factors, such as the length of time that the patient had used the medication for, as well as the dosages. The Seroquel withdrawal timeline often becomes problematic because of the initial administration of the drug and the method used to taper off the drug. 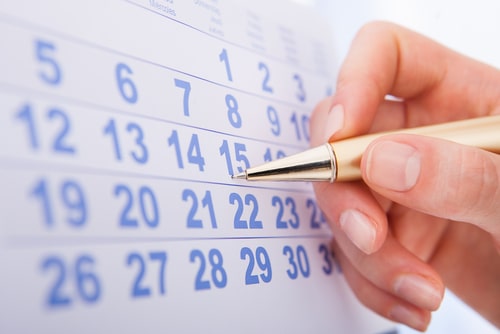 Typically, the medication is administered in such a way that it builds up from a low level to a higher level of concentration to achieve a stable dose in the body. This method of administration is essential due to the chemistry of the brain. Individuals who do not follow this pattern usually go for a high dosage on the first encounter, and a rapid dependence on the medication is formed. This leads to frequent abuse as tolerance increases. The time taken before a patient begins to feel withdrawal symptoms shorten. On average, it takes up to 14 days for withdrawal signs to disappear in a person.
The half-life of Seroquel plays a major role in the withdrawal timeline. The withdrawal timeline varies, but typically lasts for about three to twelve weeks. Some patients can experience Seroqeul withdrawals even longer. This depends on the dosage and duration of administration. Seroquel withdrawal symptoms timeline is best suggested by a doctor, for effective monitoring and to alleviate the distress.

Withdrawals from Seroquel can take a toll on mental health. Often times, pharmaceuticals alone are not enough to calm the panic and anxiety induced by withdrawal symptoms. Another way to calm the body and improve mental balance is to seek supplements that can augment naturally. 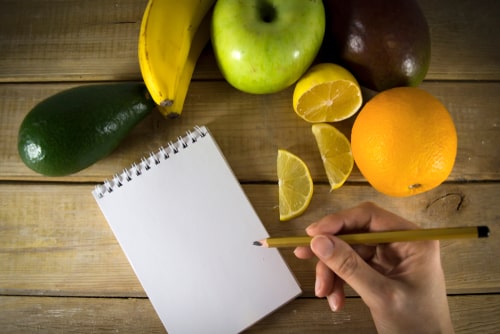 Here are a few supplements that may be helpful in managing Seroquel withdrawals:

It is important to consider that a physician should be consulted prior to taking any supplement mentioned.

Vitamin B3 enables tryptophan conversion, and B6 converts 5 HTP to serotonin, which is regulated in the brain. An adequate supply of Vitamin B3, B12, and B6 can energize the body and alleviate Seroquel withdrawal fatigue.

An increase in magnesium intake while stopping Seroquel can help to calm the mood, relieve mental stress, and can be instrumental for anxiety, insomnia, and depression. When the body is low in magnesium, the system is unable to absorb Vitamin D, which is an essential vitamin for the relief from depression.

A high level of cortisol is evidence of stress and can cause a lack of sleep in individuals who are experiencing Seroquel withdrawal symptoms. Melatonin helps to regulate the sleep cycle, restore the circadian rhythm in the body, and improve brain function and to reduce anxiety. Serotonin is used to form melatonin; hence if serotonin is low, it directly affects the production of melatonin.

A deficit of certain neurotransmitters can lead to mental stress. Withdrawal symptoms are caused by the irregularities in the supply of neurotransmitters. L-tyrosine and L-phenylalanine are very effective in the production of dopamine and norepinephrine, which is needed to elevate moods. One should be careful, however, not to take too much of it to avoid complications.
One may go for synthetic vitamins in moderation or go for natural means such as fruits for Vitamin C. some other vitamins can be gotten through organic herbs, foods, and other natural products. While these supplements are very helpful for patients weaning off Seroquel, the results may differ from one individual to the other, as every person is different in sensitivity, susceptibility, and their response to various nature of pharmaceutical products.

There is an increasing need to find alternative medications to reduce the withdrawal symptoms of Seroquel. The search has proved abortive as there is still no drug that has been certified to ease Seroquel withdrawal symptoms. The side effects of stopping Seroquel can only be managed by tapering off the medication. The first step is to wean off Seroquel through the help of a doctor, after which a person may switch to a different medication that can ease symptoms without causing dependency.

The tapering technique is also considered as a detox process and can be done at home, under the supervision of a healthcare specialist. In many cases, an outpatient detox program is the most suitable. One may also need to make certain changes to lifestyle and diet to further alleviate withdrawal symptoms.

Some individuals may ask how life after Seroquel is. Is a person likely to go back to the drug after tapering off the drug and living without them for a while? There are a good number of Seroquel withdrawal success stories and experiences with outpatients, which prove that it is possible to overcome the withdrawal symptoms of Seroquel completely. Here are some effective home methods that can be helpful for withdrawal symptoms:

If a loved one is struggling with dependency on Seroquel, it is advisable to seek medical attention from an addiction treatment specialist immediately. They will advise the best rehabilitation program and help to find a rehab that will suit one’s needs.