History of Cocaine: In-Depth Look at the Origins of Coke Addiction

Cocaine (coke) is a highly addictive stimulant drug. It is an illegal drug with very few medicinal use instances in the past, when its use was legalized, but restricted. This addictive substance is associated with various dangerous health issues, and cocaine addiction should be treated as early as possible. Read along further to find information about the history of cocaine, where it comes from, when cocaine became illegal, and some of the cocaine slang names.

Where Does Cocaine Come From?

Cocaine comes from the  coca plant’s leaves, Erythroxylon coca, which is mainly found in South America. Though powdered coke was not commonly used until the 20th century, the history of coke suggests that coca leaves are known to have been used as a stimulant as early as the 16th century, and its concentrate was first extracted from the plant in 1858. 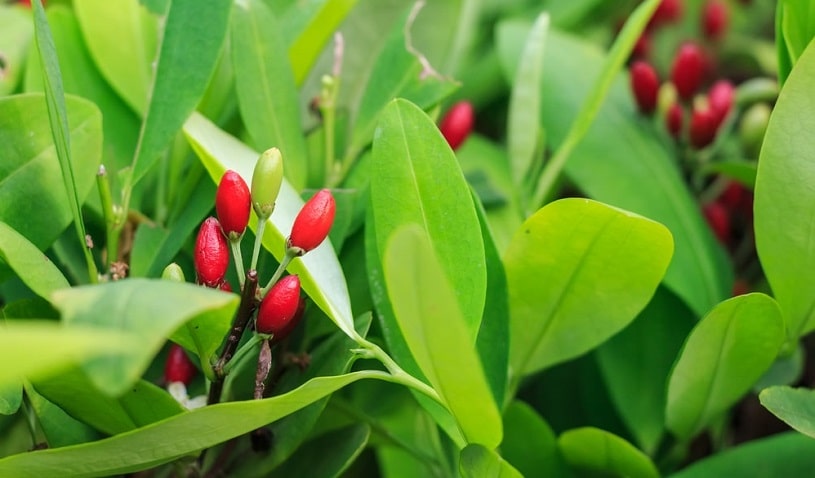 When and Where Was Coke First Used?

The history of cocaine starts when it (as coca leaves) was used as far back as 3,000 BC by the ancient Incas of the Andean region in South America. When Spanish explorers from Europe first journeyed to Central and South America regions in the mid-16th century, they noted the existence and use of the plant by indigenous peoples.

The Andes mountain range, where the coca plant is native, is located in Colombia, Peru, and Bolivia today.

The history of coke reveals that restricted by a growing climate of rocky, mineral-rich soils, large amounts of sunlight, and cool temperatures, the plant stayed relatively close to its origins until the mid-19th century.
When the history of cocaine is studied, it is found out that the indigenous peoples of Northwestern South America had multiple uses for the coca plant. The ancient Incas chewed the leaves of the plant to produce a stimulant effect that would speed up their breathing rates as a way of adjusting to living at higher elevations, where oxygen levels are lower than at sea level. Others used the plant to elevate mood, decrease appetite, or as a digestive aid.

Native Peruvians ingested the leaves during religious ceremonies as a way of stimulating the mind to the point of auditory and visual hallucinations, which they believed would help them reach a state of spiritual transcendence.

This drug was first used as a medicine in 1860 (1858 in other sources) when German chemist Albert Nieman extracted the substance he named as Cocaine from the plant and discovered its numbing properties. A French chemist Angelo Mariani also concocted a tonic from the coca plants during the same time period. 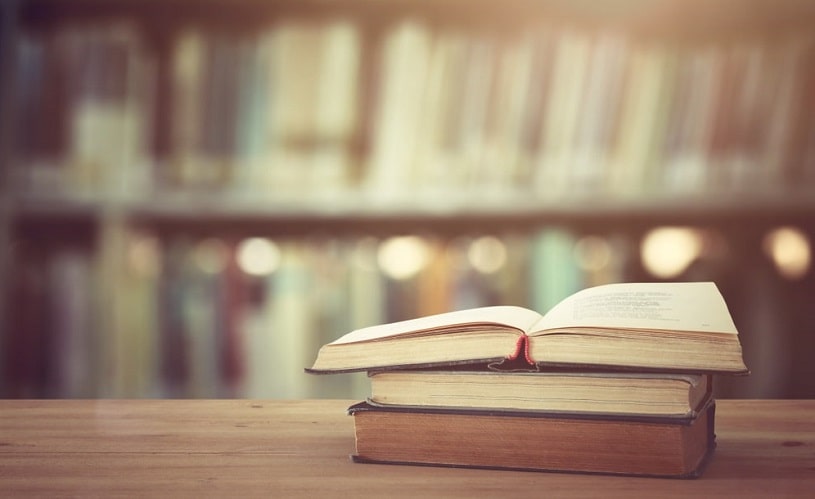 In 1884, Sigmund Freud, an Austrian neurologist recognized most famously as the founding father of psychoanalysis, published a book titled, “Über Coca,” or “About Coke.” In his book, he praised this drug for its “magical” properties and “benefits,” such as having the potential to cure depression and sexual dysfunction.

Cocaine History in the United States

The history of cocaine starts in the United States when it first came in the mid-19th century. American drug companies began to explore other world regions for new medicinal remedies and found the coca plant. In its earliest days in America, coke was used in nausea pills, in toothache drops as a numbing agent, and in sinus medications as pain relief. This history can be divided into the following eras.

Coca Cola Is Founded With Cocaine As An Ingredient

In 1885, John Pemberton developed and registered his French Wine Coca as a patent medicine, or tonic (a commercial product heavily advertised as an over-the-counter remedy, often without scientific proof of its effectiveness). Pemberton’s actions are said to have been inspired by the immense success of French coca wine, Vin Mariani.

In 1886, he created a beverage concoction of cocaine and sugary syrup, which was widely available for all by 1899.

Removal Of Cocaine From Coca Cola

In 1903, the Coca-Cola Company removed actual cocaine from Coca-Cola as a result of public pressure to do so once its addictive properties became more widely known. Because the soft drink derived much of its flavor from the drug, the company began using a version of coca leaf from which the coke extract had been removed to continue the production of a drink with a similar taste.

Recreational Use was Banned

By 1905, the powdered form of coke was being snorted for recreational purposes.First cases of overdose on cocaine were reported in medical journals of that time.

On a national and international level, any recreational use of coke was considered abuse and referred to illegal activity.

In 1910, Cocaine started to receive even more attention in the form of hospital records and medical literature as it related to cases of nasal damage (caused by snorting the substance). 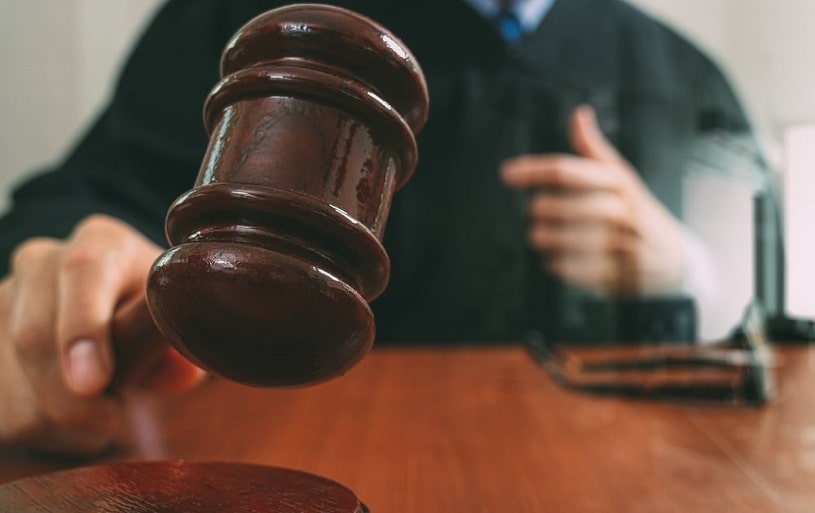 When Did Cocaine Become Illegal: The Harrison Narcotics Act

In 1914, the drug was banned (with the exception of a few medical uses) by the Harrison Narcotics Act of 1914, which banned the sale and use of coca and opium.

In the 1970s, the drug re-emerges into society as “a rich man’s drug” because of its high price tag and growing use among the elite—entertainers and wealthy business people. Because it was relatively pricey at the time and due to its supposed lack of “serious consequences,” it was also referred to as “the champagne of drugs.”

The 1970s was when freebasing first came into play as well. Smoking the substance through a pipe introduced the drug into the system in a more potent form and caused the user to feel its effects more quickly.

In the late 1970s, Colombian traffickers set up elaborate trade networks with connections to the United States that would soon transport the drug throughout the country with ease.

By the 1980s, cocaine was no longer considered a “rich man’s drug.” As its adverse effects were discovered, displayed, and dealt with, it soon began to be associated with poverty, crime, and death.

The 1980s was also the time that crack coke (given its name because of the crackling sound it makes when burned) came into the picture. Crack vs cocaine reached the brain at an even faster rate than freebase coke and therefore produced a more intense effects.

By the mid-1980s, approximately six million Americans were using the drug on a regular basis.

According to a national survey on drug use that tracked the use patterns of eighth, tenth, and twelfth graders, starting in 1981, cocaine use increased by one-quarter in the South, doubled in the Midwest, and nearly tripled in the Northeast and West. These ratios remained steady for the next six years before use started to decline in some areas, and gaps between the regions were reduced.

As part of the war on drugs, a federal anti-drug abuse act was established in 1986, which enforced criminal penalties for a certain amount of crack possession. 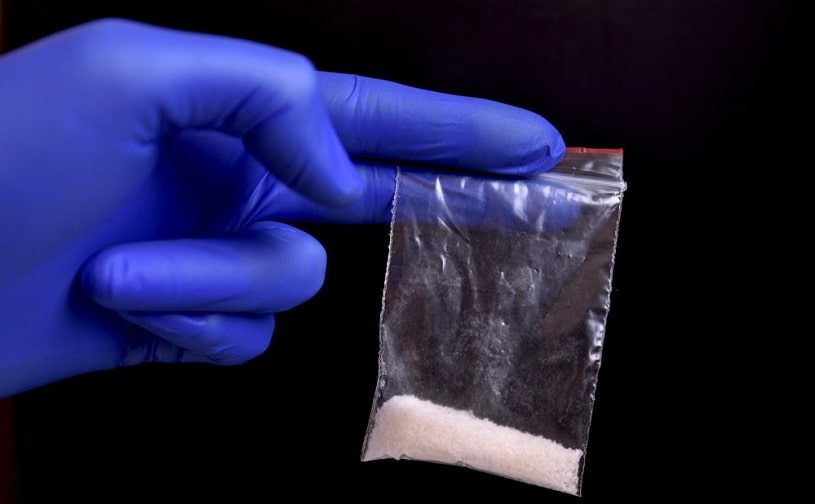 However, in the early 1990s, Colombian cartels were exporting 500 to 800 tons of cocaine per year to the United States, Europe, and Asia. Near the middle of the decade, U.S. law enforcement broke up the large cartels; however, the large cartels were soon replaced by more than 300 smaller organizations. From that time, there are many names that dealers and users have created – slang for cocaine.

Between 1993 and 1999, the percentage of twelfth graders nationwide that have used coke in the past year rose from 1.5 percent to 2.7 percent. 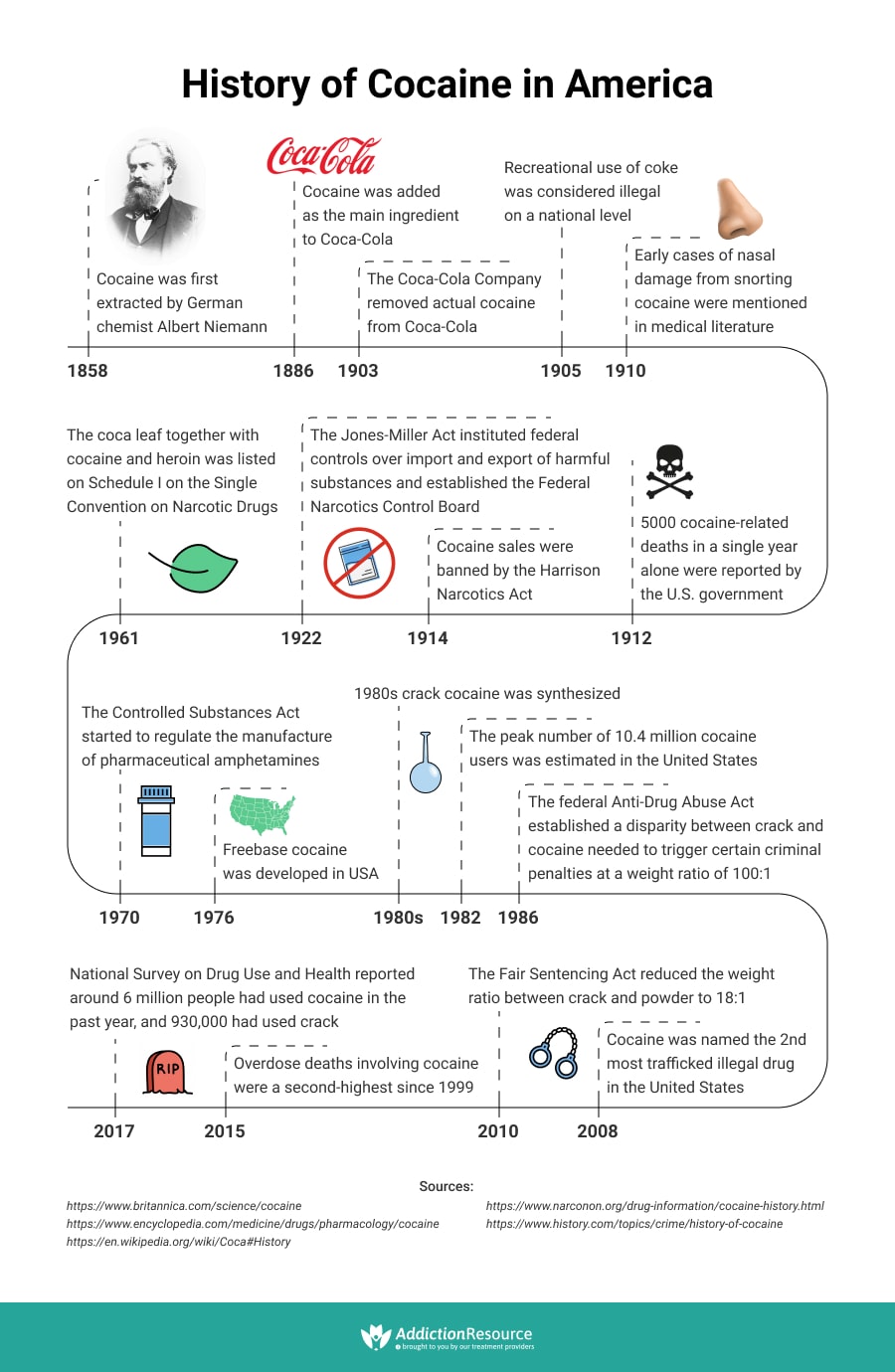 Most Popular Slang For Cocaine Or Street Names

Due to the long and diverse cocaine history, the cocaine slang names have become very extensive. In fact, some of them can be quite colorful. Most of those names reflect some trait of the drug. Based on certain factors, it is divided into the following groups.

Based on the white powder or its hard rock appearance, the slang for cocaine include:

Based On Cultural Influences

Based on its glamor when it is associated with Hollywood, some of the street names include:

Based On Its Effects

Some of the slang for cocaine are based on how it makes a person feel include:

Based On The Geographical Location

Based on the cocaine history of the place from where it originally came from, the street names include:

Based On People’s Names

Some names are inspired by actual people’s names and may include the following:

Sometimes manufacturers mix coke with other drugs or substances to enhance their experiences. Some of those drugs are ecstasy, heroin, marijuana, and meth. Based on the cocaine history, some of the most common street names for its mixtures are:

The above-mentioned history of cocaine shows that during all these years, its addiction can cause irreparable damage not just to the affected individual but also to the people associated with him/her. There are many national addiction treatment centers that help individuals with substance abuse. If any kind of abuse is suspected, it is better to contact a rehabilitation center where all the related information will be provided, and the best possible treatment to the patient will be offered to ensure a life-long recovery.