How Long Does Hydrocodone Stay in System: Urine, Blood, Saliva, and Hair

Hydrocodone is a potent opioid pain reliever, widely available as a prescription drug in the US. After it’s consumed, the body will take some time to metabolize the medication, corresponding to hydrocodone half-life. So, how long does Hydrocodone stay in system? Depending on the sample tested: blood, urine, hair, or saliva, the detection times will vary.

How is Hydrocodone Metabolized?

The white oval hydrocodone pill is well absorbed in the body through the gastrointestinal tract. It undergoes hepatic metabolism and will be broken down into other substances known as metabolites. To be more exact, the CYP450 isoenzymes play an important role in this process.

After O-demethylation, this medication splits into hydromorphone. Just to compare, the other main metabolite – norhydrocodone – is a product of oxidation (N-demethylation).

Females have increased levels of norhydrocodone, while males have greater amounts of hydromorphone in their system.

How Long Does it Take For Hydrocodone to Work?

Hydrocodone is a short-acting and very potent analgesic used for severe pain. It starts its action after 20 to 30 minutes of taking the dosage. The effects peak at 30 to 60 minutes. However, the extended-release tablets are designed to keep releasing a fixed dosage over a long time. This can increase its effects. After the peak, the effects last for 3 to 6 hours. The metabolism of the substance by CYP2D6 and CYP2C19 forms hydromorphone, which is responsible for its high potency. This means that any mutation in the genes for these cytochromes can affect the rate of activity. Also, drugs that interfere with the hydrocodone metabolism can affect the time for the effects to be seen.

How Long Does Hydrocodone Last?

After 3 to 6 hours of taking the drug, the effects start declining. After that, the drug is metabolized by the liver and broken down into its metabolites, hydromorphone, and norhydrocodone. The durations are dependent on a person’s individual factors such as metabolism and interactions with other drugs.

Hydrocodone half-life is approximately 3.3-4.1 hours. It is well absorbed in the gastrointestinal tract. If one needs to be clear from this medication, they will have to wait for at least 18-24 hours. There are metabolites that last longer in the system, and one of which is norhydrocodone. An average half-life of Hydrocodone metabolite, norhydrocodone, is 8 hours and may take at least 48 hours to be eliminated from the system.

The opioid is detectable in urine, blood, hair, saliva, or urine tested. The latter is considered to be the most common technique. 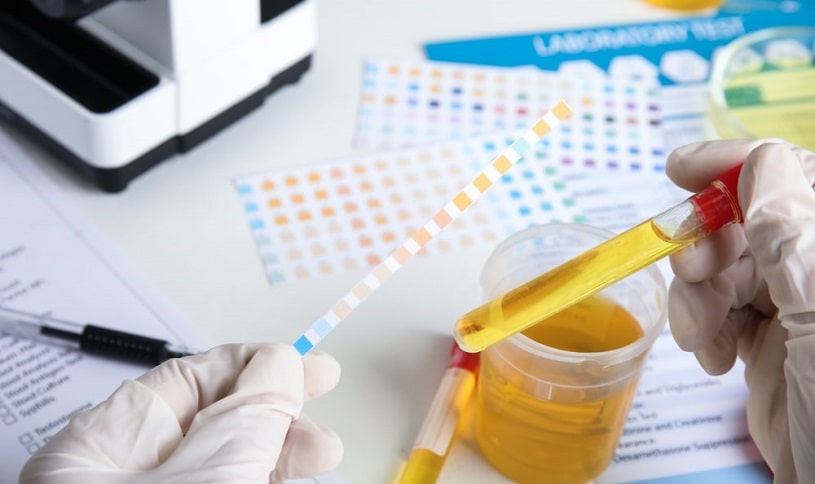 There could be several reasons one might want to know more about a Hydrocodone drug test detection time. People usually have to complete a drug test for work, while others need it for an insurance policy. All substances have their own specific window of detection time, but it will also depend on how the test is done.

How Long Does Hydrocodone Stay in Urine?

Hydrocodone in urine can be tested easily. When performing a urine test, a sample will be collected in a clean container and tested in the laboratory. Urine tests start showing the medication within 24 hours and give detectable values up to 4 days.

How Long Does Hydrocodone Stay in Blood?

A blood sample can be obtained to test its levels. The drug will reach its peak levels in the plasma, a blood component, within 1.3 hours. Blood tests can detect this medicine up to 24 hours after intake. 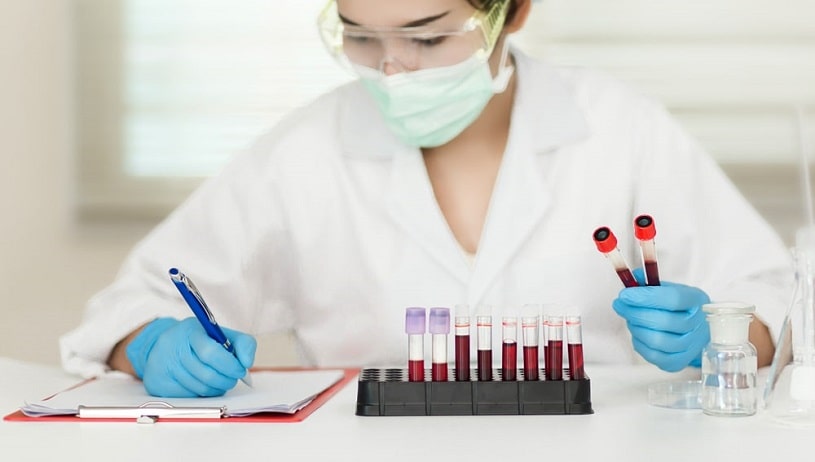 How Long Does Hydrocodone Stay in Your Hair?

Like other medications, this medication can be detected in the hair follicle drug test for as long as 90 days or approximately three months.

How Long Does It Stay in Saliva?

The human body has a unique system with billions of interconnected particles. As hydrocodone half-life is somewhere around 3.5 hours, this drug can be seen in one’s saliva within 12-36 hours. 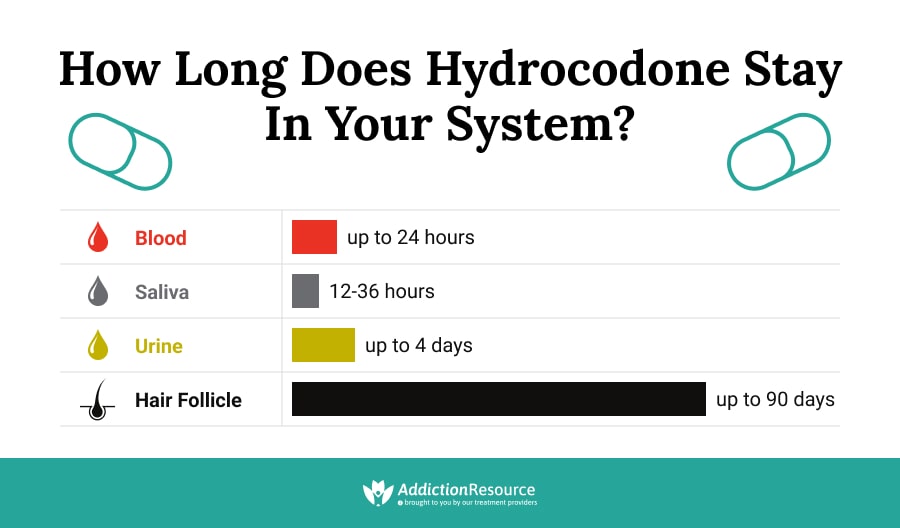 Factors that Influence the Elimination

There are several factors that control the elimination rate of drugs and how long they will stay in the body. The half-life of Hydrocodone is the same, and two people can take exactly the same dosage at around the same time, but excretion time may vary. Why? Check out the most important factors below:

Depending on the user’s age, some organ systems and other body functions may work better than others. The rate of metabolism also changes over time. Normally, younger individuals have faster opioid metabolism and can eliminate other toxins easier from their system as well.

Prescribed dosages may vary depending on one’s height, weight, and fat composition. A person taking more than what is prescribed might prolong Hydrocodone half-life in the body.

Genes also play a huge role in how the body processes, reacts, and metabolizes drugs. Along with other opioids, this drug is metabolized through 2 important enzyme systems – CYP450 and UDP-glucuronosyltransferases (UGTs). It is important to know that there can be genetic variations in people. Not all have the same quality and quantity of coenzymes; these can greatly affect how they metabolize a drug.

These two organs, the kidneys and the liver, are vital for processing and eliminating different kinds of substances from the body. Having a well-functioning kidney and liver can be considered the safest and the fastest way to get the opioid out of the system. Having damage or issues in either organ, the elimination process will be greatly affected and will be prolonged.

Someone who has been taking too much of the painkiller for months or years is understandably going to take longer to remove it from his or her system as compared to an individual who has only taken a few doses. Frequent users of a specific drug can develop pharmacodynamic tolerance. This means that the usual concentration being used by normal people would yield less effect to a repeated user. 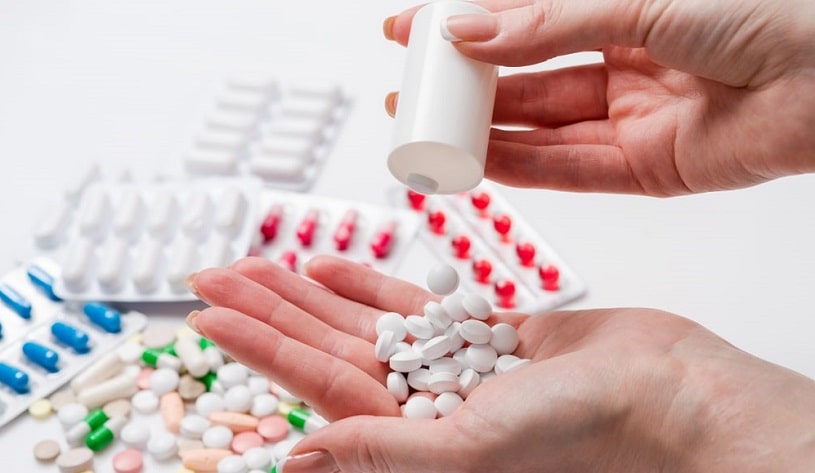 Therefore, one will take more dosages, hence making it more difficult to flush them all out from the system.

Hydrocodone and alcohol, when taken in combination, have a synergistic effect. The effects are expected to increase. It will, therefore, take longer for it to be cleared from the system. This may likewise cause severe side effects of hydrocodone, which can at times be fatal.

Another factor that can affect the time it takes for a drug to be released from the system is the use of combinations like hydrocodone APAP.

Using it together with Tramadol does not only prolong their presence but likewise causes a heightened effect.

Taking into consideration all the factors mentioned above, it’s almost impossible to know exactly how long drugs will stay in one’s system. Each body is unique, and therefore detection times and limits will be different for everyone. However, general information on hydrocodone half-life and hydrocodone drug test detection time can be useful to understand an average period of time to get it out of the system.

How to Get It Out Of Your System Faster?

There are several ways to speed up the removal of this medication from the system.

These are just some natural ways to speed up the removal of drugs and toxins from the system; however, detox programs remain the most effective treatments for drug abusers. One needs such treatment, if hydrocodone abuse has become uncontrollable, and one keeps using it despite the dangers and consequences. After opioid use is stopped, other alternatives to treat pain can be prescribed.

Professional treatment help for opioid addiction is available at outpatient and inpatient drug rehabs around the country. Once addiction is confirmed, appropriate treatment will be recommended, including medication-assisted drug withdrawal. Counseling sessions during drug addiction treatment help prevent relapse and ensure long-term recovery.